Ciudad Rodrigo - a fortified town in Spain famous for its rich heritage dating back to the 15th and 16th century - celebrated the 75th anniversary of the declaration of Historic-Artistic Grouping with new ornamental lighting. As part of the master plan to improve the nighttime landscape of the city, architectural lighting studio Intervento was appointed by the City Council to provide a lighting solution for the Plaza del Conde located inside its walls. Their design objective was to create a sustainable lighting scheme that reconciled respect for the dark sky with the illumination of buildings surrounding the square. To this end, Intervento used numerous Rosco Image Spot® Gobo projectors and Custom Glass Gobos to highlight the key features on the Palacio de Montarco façade, enhancing the nighttime appearance of the historic building and plaza. 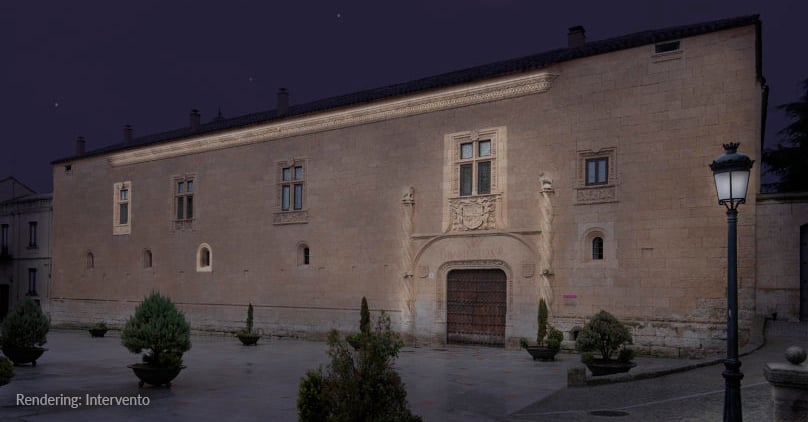 Palacio de Montarco is a national monument created in the Gothic-Plateresque style. The architecture features gothic ornamental details as displayed in the cornice, window tracery and arched bays that Intervento aimed to enliven with warm and precise lighting.

Six, 3000K, IP65-rated Image Spots were installed with 30º Lens Optics to accentuate the gothic elements on the Palacio de Montarco. The compact fixtures were mounted discreetly on a building on the other side of the square – nearly 30 meters away, and with inclined horizontal and vertical angles to the projection surface. 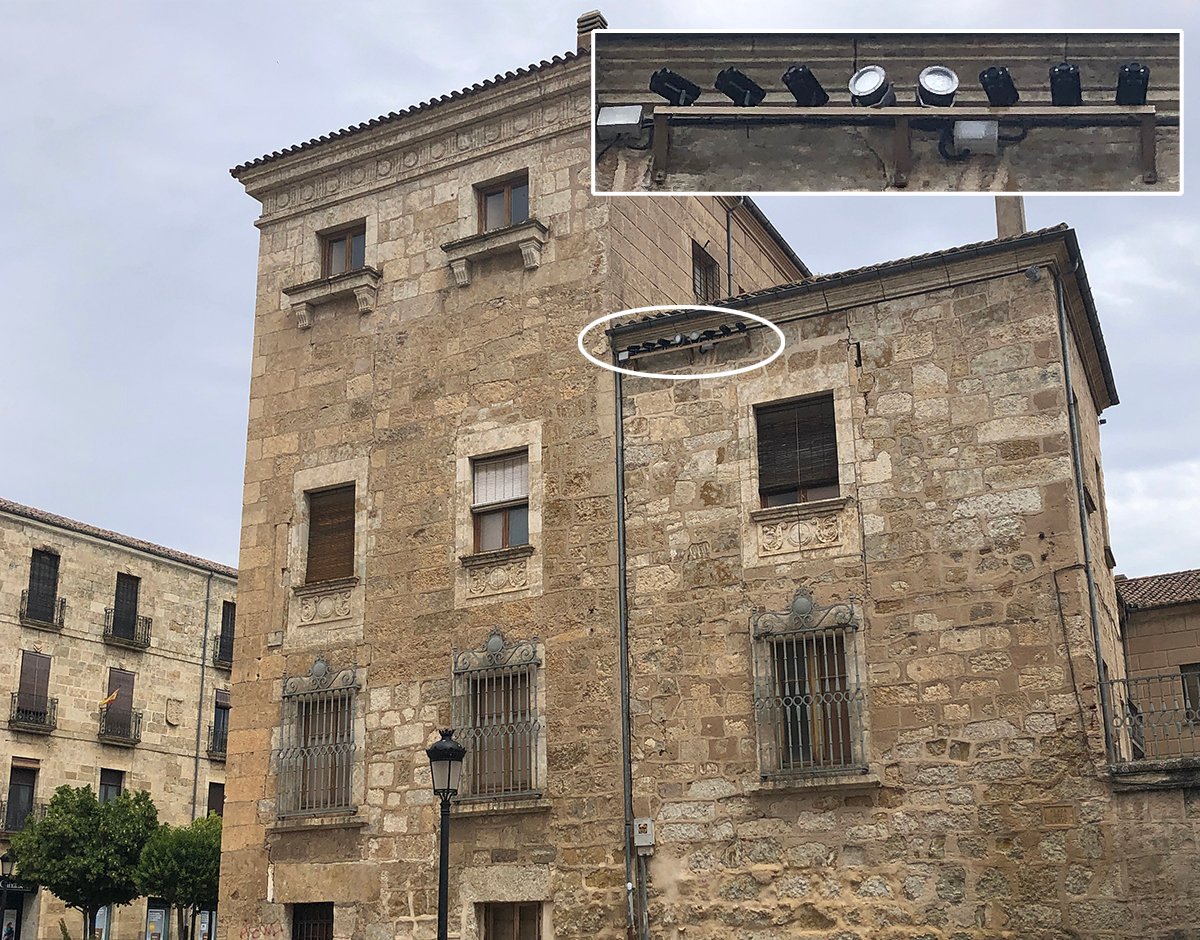 Rosco worked with Intervento, who provided us with all of the dimensions and measurements we needed to properly design and keystone-correct six Custom Black and White Glass Gobos. Those gobos were then inserted into the Image Spots to provide precise, exterior accent lighting on the cornice, two of the windows, and above the door. 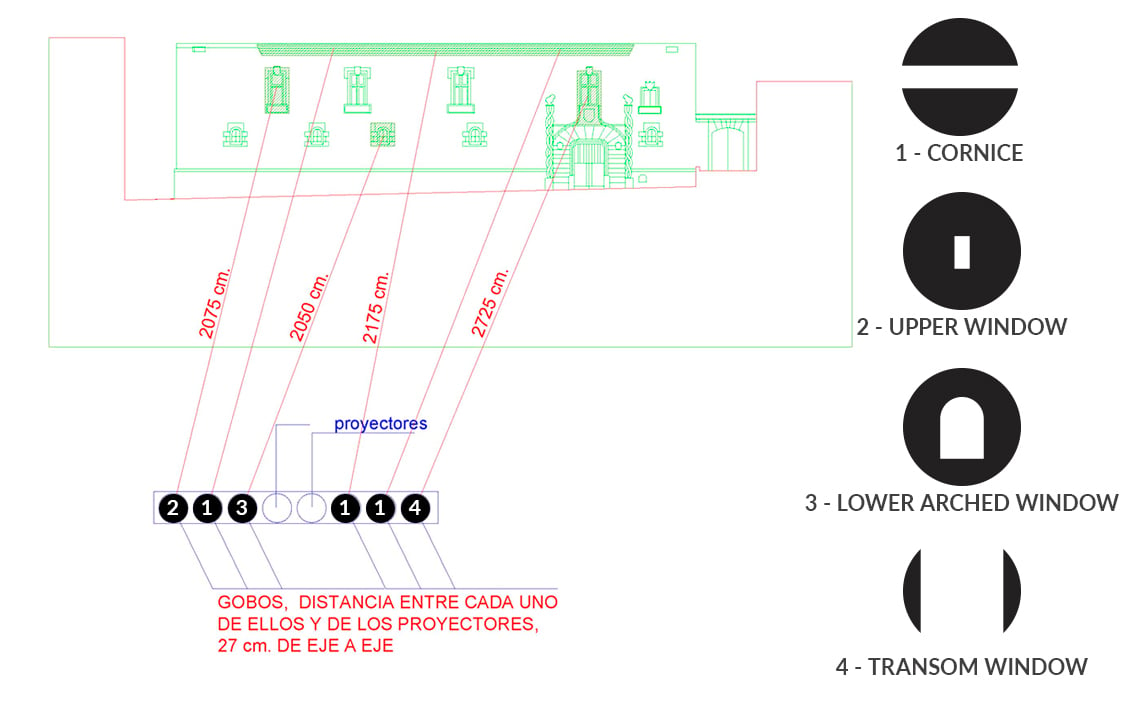 “As in all Intervento projects, the installation was conceived with criteria of energy efficiency, light pollution control and respect for the monuments using reversible and non-aggressive technics,” said Elena Anagnou, Lighting Designer at Intervento. She continued, “Rosco Image Spot gobo projectors were used to highlight architectural elements on the Palacio de Montarco with precise illumination and distinctive colour temperature. The fixtures were chosen for the mix of benefits they offer such as: precise lighting, IP65 protection against dust and water, and competitive price.” 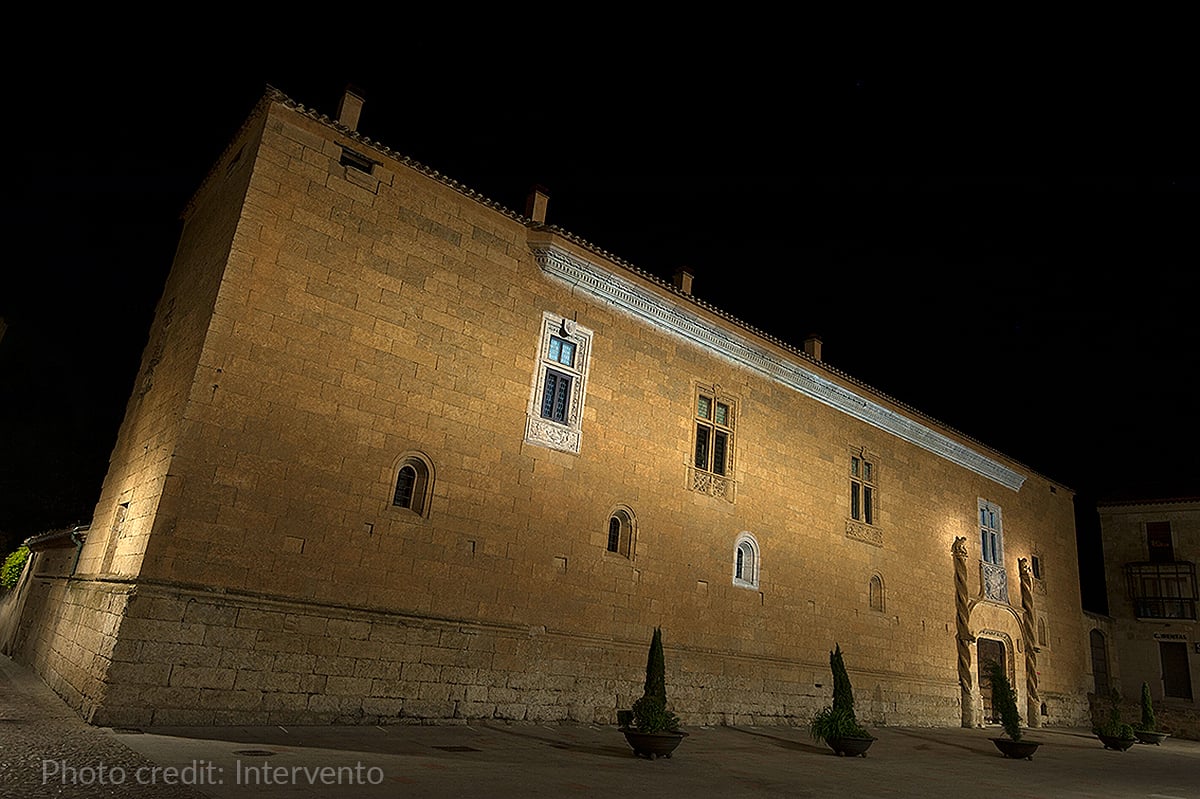 If you’d like to learn more about the energy efficient, IP65 gobo projectors that Intervento used to accentuate the architectural features on the Palacio de Montarco, explore the Image Spot and the Custom Glass Gobo product pages on our website.

Introducing Image Spot® Brilliant Imaging For Your Next Design