Re-creating Passageways Of The Past With Gobo Projections

Le Musée des Augustins is a landmark building in Toulouse, France. The former convent has housed the city's fine art museum since 1795 and is one of the oldest museums in the country. Designers at Quartiers Lumières conceived an exterior lighting scheme for the museum to highlight the beauty of its edifice when the sun goes down. One aspect of their design features gobo projections that highlight the building's history through a subtle play of contrasts on the brick façade. 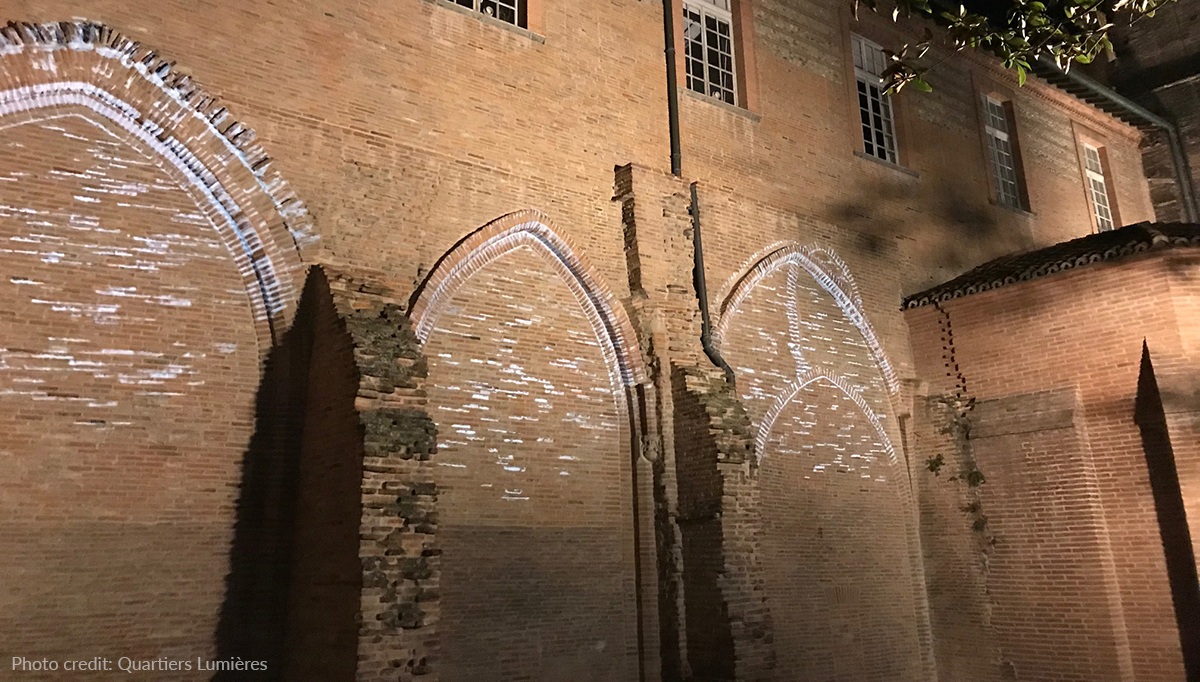 The designers used IP65-rated Rosco Image Spots to project Custom Black and White Glass Gobos onto the building. The gobos were meticulously designed to highlight specific brick patterns – indicating where ancient passageways used to exist in the convent.

The gobo projections blend seamlessly into Quartiers Lumières' subtle and refined lighting design that respects the heritage of the ancient building. This project was recognized in the SERCE Concours Lumières® lighting competition. The SERCE jury appreciated the accuracy of the lighting scheme and welcomed its sobriety, elegance, and subtlety. 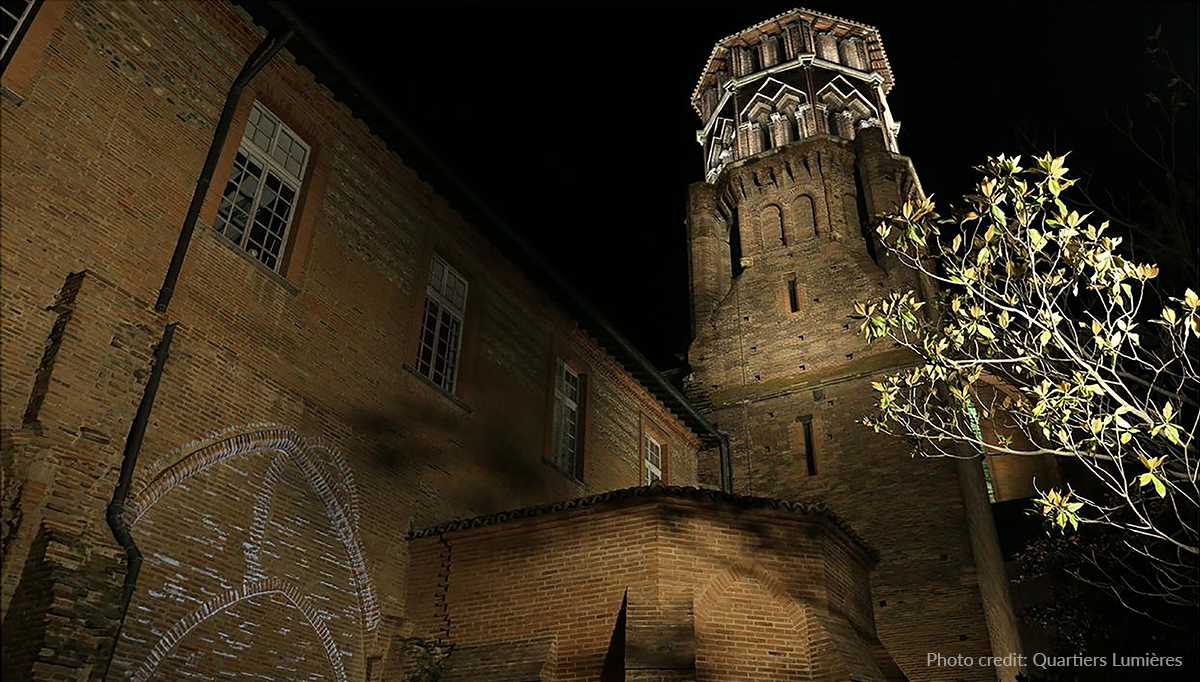 To see other projects from Quartiers Lumières, visit their website: quartierslumieres.com. If you'd like more information about the products they used to create the passageway gobo projections for Le Musée des Augustins, please explore the Image Spot and Custom Gobo product pages on our website.