Switching On The Book Light For A David Crosby Music Video

Even the most photographic locations come with their own set of real-world filming challenges. Cinematographer Benjamin Gaskell shares his latest experience shooting a music video for the song “Home Free,” featuring David Crosby (Crosby, Stills, Nash, & Young). The song was written for the newly released feature film Little Pink House, starring Catherine Keener and Jeanne Tripplehorn, and the music video includes scenes from the film intercut alongside Crosby’s performance. Below Ben explains how he used a DMG Lumière MAXI Switch in a Book Light Technique to create the main key light for this project.

The video was shot in the tight confines of James Raymond’s (David Crosby’s son) home recording studio. Prior to shooting, the crew had a pre-light day on location where they diagramed and took stills of the studio. Ben color-graded the stills and worked closely with the director of both the film and music video, Courtney Balaker, to dial in the tone and lighting for the video. It was decided that they would need a large source to wrap light around the whole room. The crew was challenged with the power and lighting constraints that come with shooting inside a 16’x16’ studio with 8-foot-high ceilings in a 100-year-old building. To make the job even more challenging, they were working with a multicam setup that limited the number of units and stands on set. 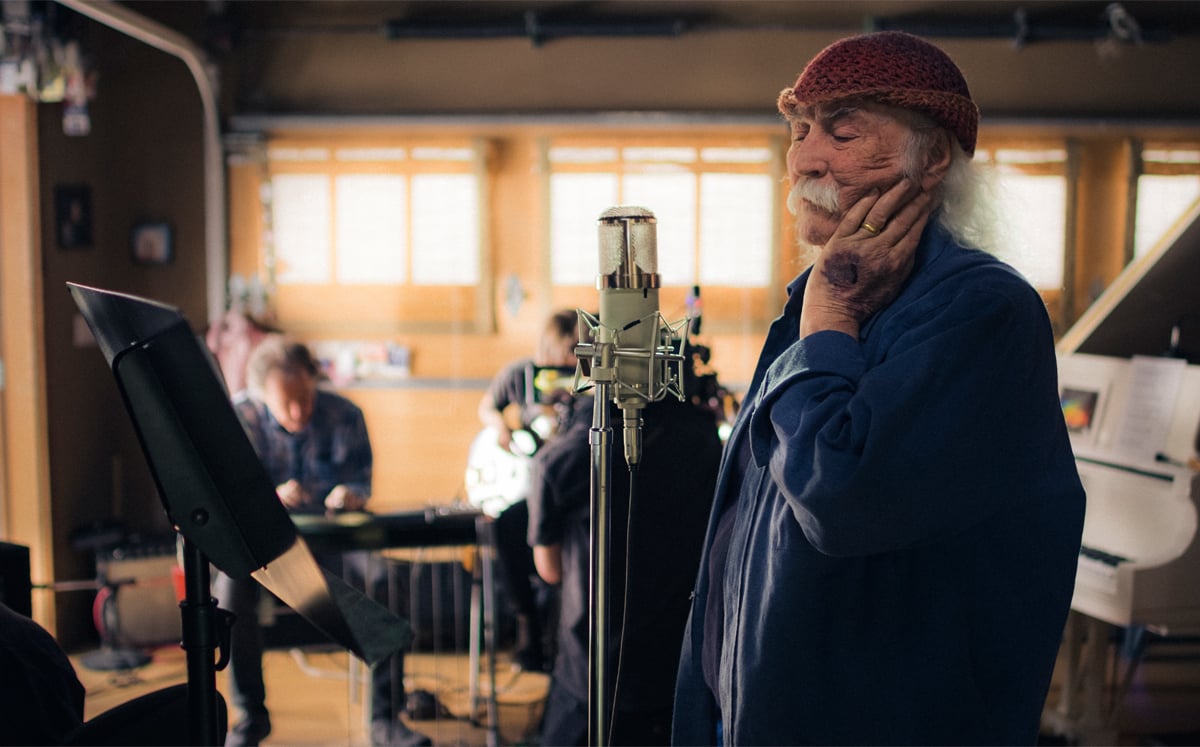 Ben’s idea for creating the large, wraparound source on set was a Book Light effect. Coined by filmmaker Shane Hurlbut, the Book Light Technique creates a soft light with a wrap-around quality by bouncing your light source off a reflector set at about 45 degrees from the light, and then through another layer of diffusion. A bird’s-eye view diagram of this setup looks like an open book – hence the name. The problem was that there wasn’t nearly enough room in the studio to accommodate the C-stands, large reflectors and diffusion frames needed for a traditional Book Light setup. The crew discovered, however, that they could create a similar Book Light effect using the soft output from a DMG Lumière MAXI Switch. Because of the fixture’s design, the MAXI created a soft light that could wrap around the room from its position right outside the studio doors. The crew placed a piece of Rosco e-Colour+ #250 Half White Diffusion in front of the MAXI right outside the windows and were able to walk it into his shot in a way that maximized what little space they had in the main walkway for the studio. Ben set the MAXI’s output at 100 percent with a color temperature a touch warmer than daylight to create warm highlights and the shadow quality that he was looking for. “The natural properties of the MAXI made it ideal for this project because of its surface area and large soft light,” said Ben. “This unit has a shadow quality built into it that helped me dial in a mix of hard and soft light we were looking for.” 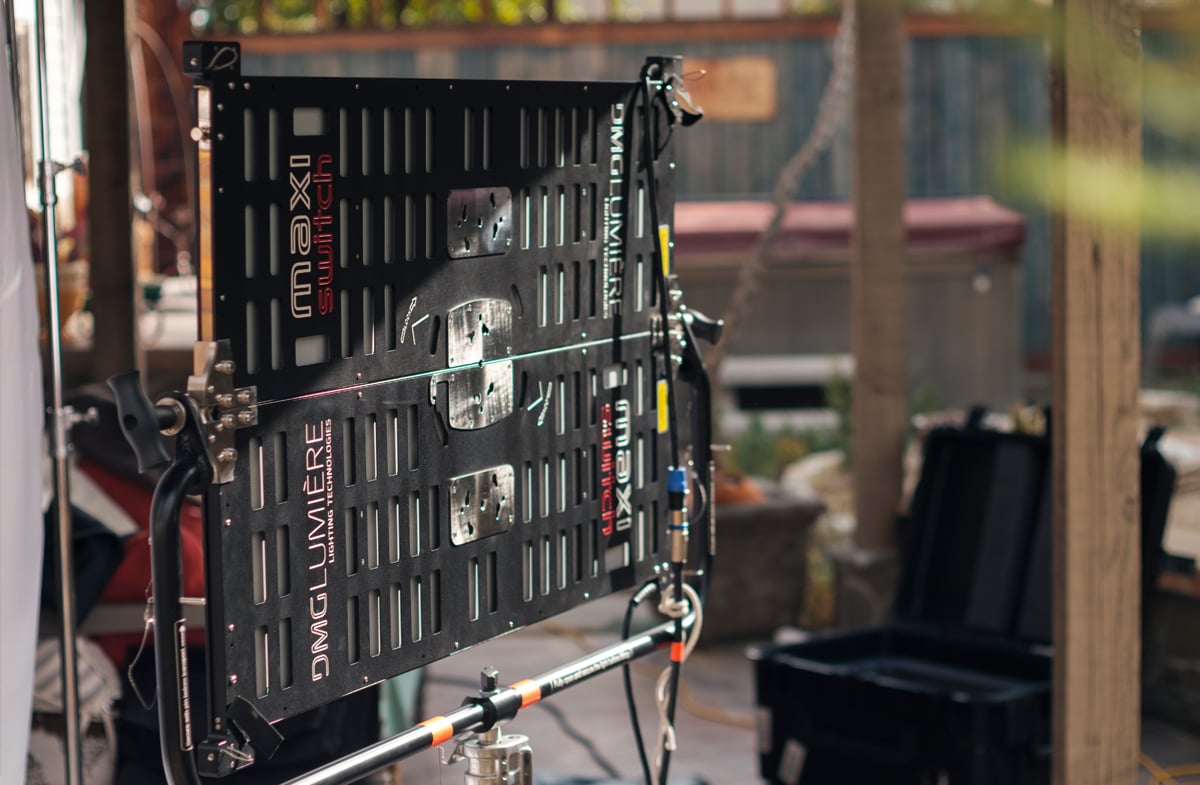 "It was a fun opportunity to experiment with these new lighting instruments," said Ben. "It's pretty thrilling to see how these new tools fit into the process of achieving an intention on set or even making the crew more efficient in creating particular qualities of light." 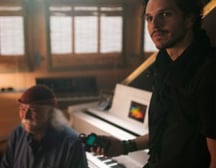 To see more of Benjamin Gaskell’s work, be sure to visit his website: www.benjamingaskell.com. You can also watch Little Pink House in select theaters nationwide, and more information about the inspiration for the movie can be found on the film’s website. If you’d like to learn more about the LED fixtures Ben used in this music video, visit the MAXI Switch product page on the DMG Lumière by Rosco website.

A "Stage Set" Created To Inspire... And Built To Withstand The New England Weather

The Fiery Colors Of War – Provided By MIX® LED Technology

Bringing The Stories Of Warner Bros. To Life With Rosco Miro Cubes®

Chromotopia: Bridging The Past & Present