The new year meant new gear for Seattle Channel, a municipal station in the Pacific Northwest that airs a mix of programming ranging from public affairs news and interviews, to weekly arts coverage and a news/lifestyle magazine show. The crew at the award-winning TV station returned from their winter break to their renovated studio, featuring modern light replacements that included Rosco Braq Cube® 4C LED fixtures and Rosco Silk® LED soft lights.

This renovation included a one-for-one light function replacement of the 64-channel lighting system inside the 25-foot x 50-foot studio located in the basement of Seattle City Hall. The upgrade came about because there was inadequate cooling to handle the tungsten fixtures in the studio. The station also wanted a solution to help better balance the color of the on-set plasma monitors.

The studio sourced lighting through PNTA for the project. Upon meeting with the Seattle Channel team, PNTA targeted several of Rosco’s LED solutions based upon their form factor, features, and price. One of those solutions is the Rosco Braq Cube 4C fixture. “The Braq Cube’s form factor makes it ideal in the broadcast market. The fixture features multiple lensing in a low-profile package that can even be used as a set piece under the desk,” said PNTA’s Sheldon Warshaw. 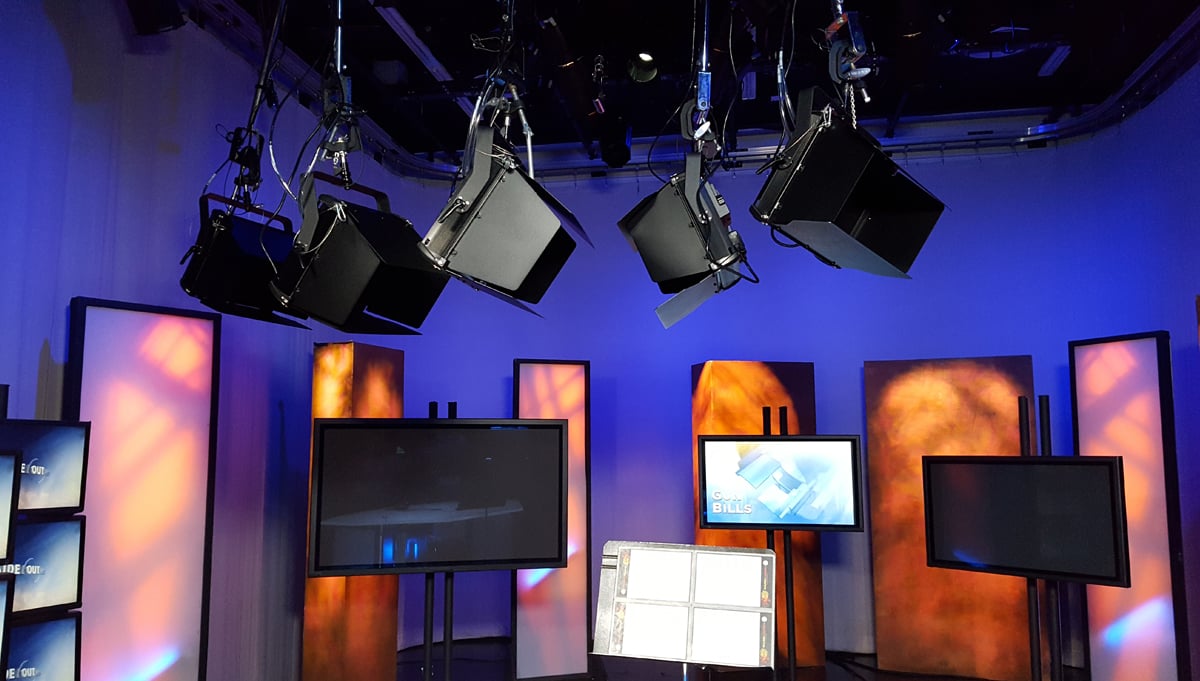 A look at the rig inside the Seattle Channel broadcast studio.

The color-mixing Braq Cube 4C fixtures were chosen to replace large panel fluorescents and are used as curtain/ring fixtures to illuminate the studio’s white scrim in a vibrantly colored background wall wash. “We are thrilled with the output of the lights thus far,” said Seattle Channel Video Engineer Daryl Peck. “They provide a nice broad light, and the richness is wonderful.”

In place of the studio’s close-proximity soft boxes, PNTA provided Rosco Silk 110 and Silk 210 LED soft lights due to their superior color rendering, on-board & DMX controls – and especially their low heat output. “We’ve noticed an immediate difference in temperature. Our talent is comfortable under the light, and it doesn’t have to be as close to them to light effectively,” said Peck. “We also no longer have to run the AC at full blast to keep the studio at a comfortable temperature.” 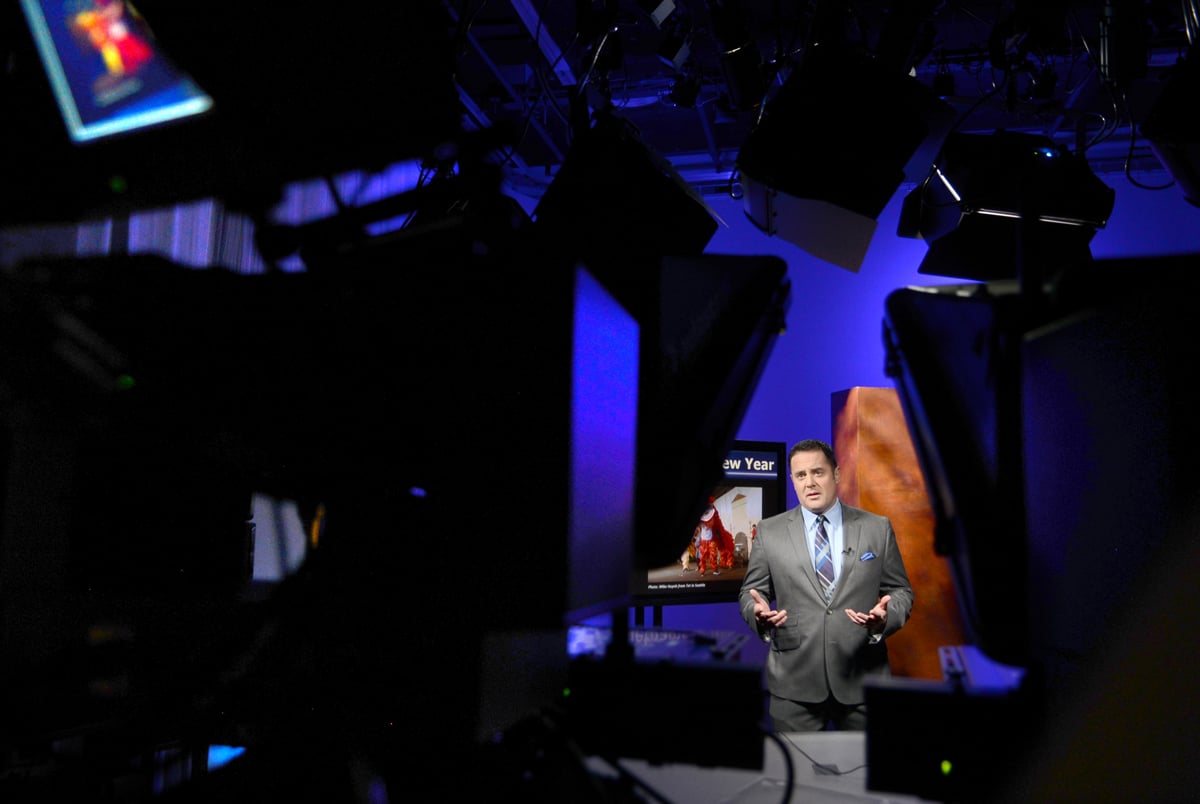 The light output of the bi-color Silk LED fixtures is balanced with the monitors on set.

Daryl and his Seattle Channel team balance the bi-color Silk fixtures to match their plasma monitors. “Switching from tungsten to daylight improved the look of the monitors on-set,” he noted. “We don’t have to offset the coloring that comes across on camera, and both facial tones and clothing come across better as well.” 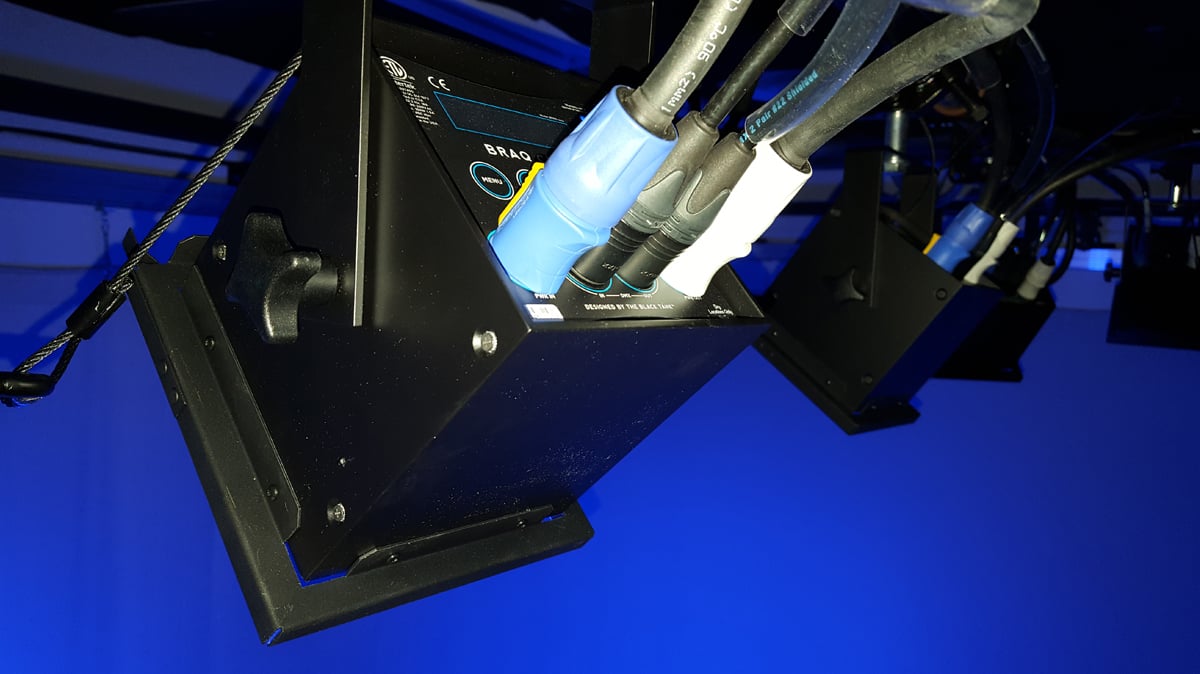 In anticipation of the upgrade, the station installed DMX cabling in the light grid.

Another advantage of replacing fixtures with modern LEDs was the opportunity to do more with DMX-controlled setups. The station uses a Strand Palette light board, but prior to the update, the only thing it did was operate the dimmers in the back room that powered the tungsten fixtures. The dimmers were replaced with DMX-controlled breakers for primary power and now everything in the grid is DMX-controlled. “We love having the ability to change colors on the set from the board without having to get up on a ladder and change gels.”

Thanks to Daryl at Seattle Channel and Sheldon at PNTA for sharing their retrofit story and new studio lighting setup. If you’re thinking about upgrading your broadcast studio with LED fixtures, be sure to explore Rosco’s wide range of LED lighting solutions on their website. There, you can learn more about their entire Rosco Cube Family and see the entire range of Rosco Silk LED soft lights.

The Woman of S.R.I. Investigates The Benefits Of DMG Lumière Lighting Fixtures