Decoding the Language of Color The History of Rosco's Numbering System

We recently received an email in our general “info@rosco.com” email box inquiring about Rosco filters. A theatre student at Oklahoma City Community College, was curious to find out how the Roscolux numbering system came about and why it wasn’t numerically in order. Interestingly enough, Stan Miller – the owner of Rosco – decided that this was a question he should answer. Below is his response:

I would like to respond to the question you asked about Rosco’s history: 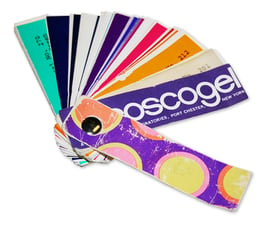 114 Pinks…and by the time you got to the blues, things got really confused! What had been a pristine chronology in 1915 had been done in by the addition of “must have” colors over the years. That was the gelatin system.

Roscolene was introduced in 1955 to compete with Cinemoid, an acetate-based filter sold by Strand Electric in the UK and available here in the US from Kleigl and Century Lighting. That system used the Roscogel numbers preceded by a “9/.” Thus, Med. Red gelatin was #16 and Med. Red Roscolene was 9/16. 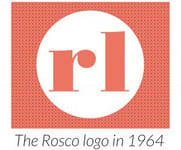 To the two young new owners (myself and my cousin Len), it seemed obvious: let’s just change to a more orderly system. Not so simple. Many, many designers (the key specifiers) had grown up with this system and were quite comfortable with it. It was their language…”No Color Pink” is 60 and “Bastard Amber” is 71 and 71 may come after 3, but B.A. is 71! In addition, every dealer had stock drawers and shelves marked with the color numbers and, again, the language may be disordered, but it was the language! In the face of all the potential resistance, however, we decided that reordering the range was a necessary step. Along with our new logo, this nice orderly numbering system would contribute to the image we were seeking for the “new Rosco” and in 1964 we introduced the 200 series for Roscogel and the 800 numbers for Roscolene.

Surprisingly, there was minimal negative reaction among both the dealers and the users. The one notable exception was the Metropolitan Opera. They were still in the old house on 40th street and Rudy Kutner was the head of Electric and Lighting, which included color filters. In his twenties, this transplanted German probably resisted change and now, in his sixties, Mr. Kutner was virtually immovable! This was a good thing for us because no one was going to switch him from using Rosco filters, but new numbers? Forget it! Every summer, the Met would go on tour by train performing across the country. Now, I would get a call: “Miller, we’re having a lot of trouble with your colors. You better come down here.” Trouble at the Met…I’d be in his office the next day. “Mr.Kutner…what colors? What’s wrong???” “Ah…forget that…look at this list. These are the colors we need for the tour.” He didn’t have a problem. He just wanted to give me the order for the tour in the old numbers! And he had to have a ruse to get me down to take an order. In his own way, he felt that he wouldn’t be allowed to place a Rosco order through normal channels with the old numbers any longer, so he had to trick me into coming down and then give me the order. This game went on for several years and we both knew what we were doing, but if it made him more comfortable, I would have come at 4AM and memorized the order!

Roscolux was introduced in January of 1976. We wanted to come out with a range of 76 colors…”76 in ’76!” Before we reached the introduction date, however, we had 88 colors, so we couldn’t use that promotion. As you can see from the Lux book, the same problem continued (and continues) to beset those who crave order. The darn designers keep coming up with colors we can’t resist and we have to add them to the range, which means that we need a number between RXX and RYY. This is how those 300 numbers ended up disrupting the order of the Roscolux book. I’m sure that someday the new Rosco management will decide that this disorder is simply unacceptable and there will be a total reordering of the Rosco filter numbering system that reflects the NEW ROSCO!

I hope that answers your question.

To see all of Rosco’s color filters – in whatever order you choose – be sure to explore myColor! There you can select as many colors you want, order them the way you want, and save your very own color palette that works for you!