Robinson Wilson is a Lighting Designer from Vancouver Island, Canada, as well as a Theatre Consultant and Designer for Vancouver Island University, with recent work at the Arctic Arts Festival in Harstad, Norway. Throughout his career, Robinson has found that the color saturation and variety of our Roscolux Color Filters are best suited to his personal style of design. Recently, he has also found our Rosco Color of the Week posts on social media to be “tremendously helpful and inspiring.” While he might not always match the the featured colors exactly, he has found them to be particularly influential in his projects. Below, Robinson shares how some of the Rosco Color of the Week posts influenced a production of RENT that he lit for Director Lori Mazey at the Comox Valley Youth Music Centre. 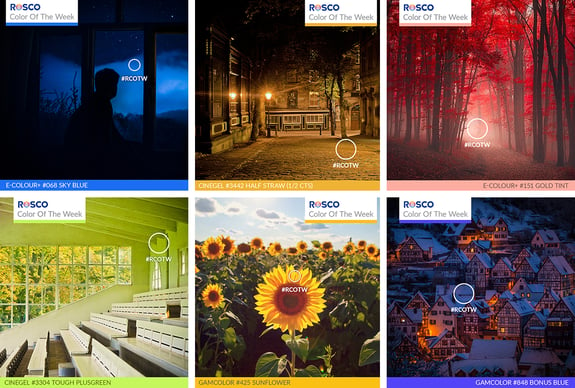 I am guilty of using favored colors in repetition - I freely admit it. As lighting designers, where do we find inspiration for new colors? For me, it’s been seeing the Rosco Color of the Week posts on Rosco’s Facebook Page. I’ve been taking the feeling of the colors from the highlighted work and trying to find a way to match them in my designs. They also give me great ideas for different color combinations and contrasts I’ve never considered before. Blending those color ideas with directorial visions can certainly be challenging, but often the result was a new idea inspired by the original stimuli to the rods and cones. 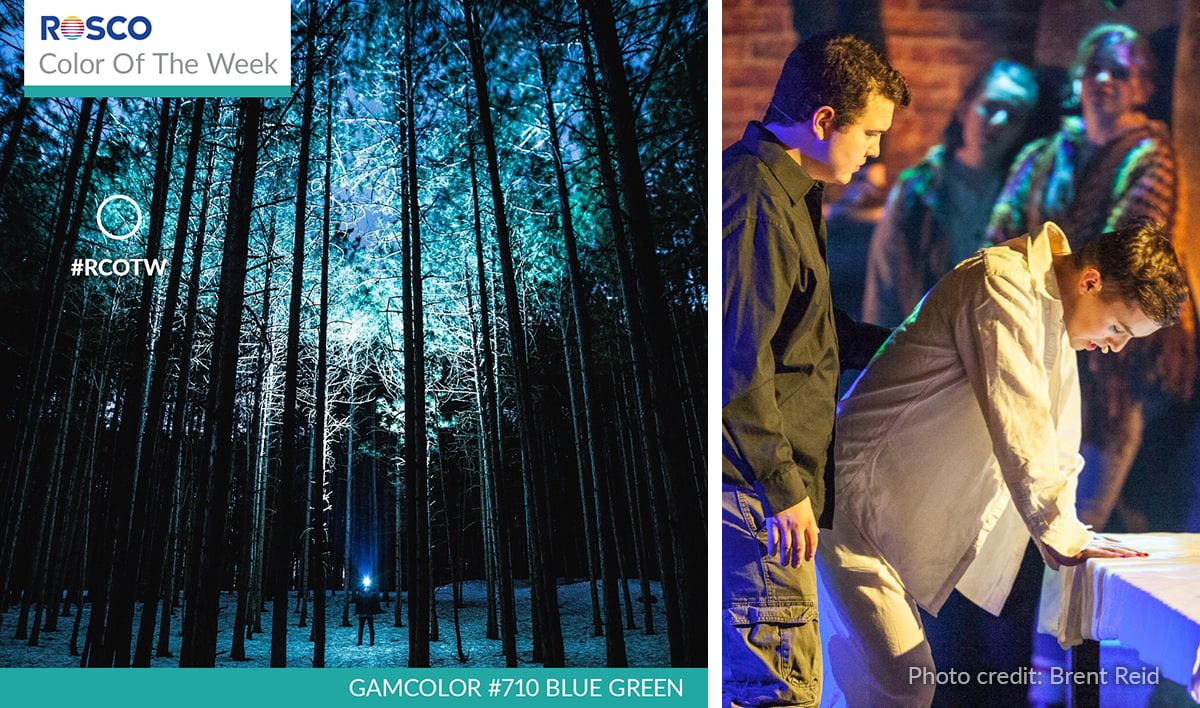 The wintry color of the RCOTW post from February 11th, 2019 influenced Robinson’s approach to this scene with Dustin Lucas as Collins and Dan Comeau as Angel.

For the pivotal and highly emotional storytelling of Angel's worsening condition, the scene needed a palliative care clinic that could be quite dramatic and offsetting but also deeply compelling. I looked at a lot of clinics before choosing the colors for this scene. Ultimately, I decided that their need for dignity in what was becoming the winter of their life was the central theme for this scene, and that the blue/green hue of G710 would serve that need the most effectively. I built the entire look around that element, blending in R57, R357, R370 and R368 onto the stage. But it was the contrasting warmth of R11 against the G710 that really became important and dominant as a result. 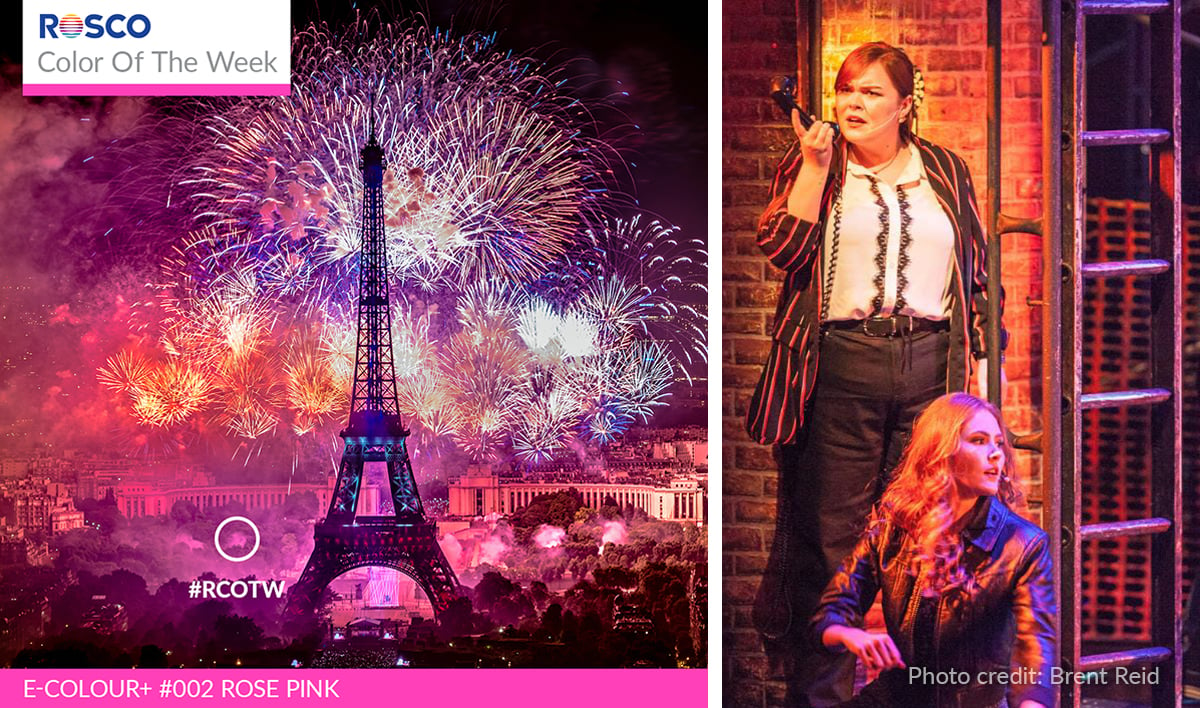 I was inspired by the color and vibrancy of this RCOTW post that features an Eiffel Tower fireworks celebration. While I didn’t actually use E002, the process drew me into blending multiple colors to create a similar sense of aggressive saturation. Using this color as my base inspiration, I began with R339 and layered R26, R80, R22 and R358 into the scene. These deeply saturated colors gave me the power and punch I needed, and I found the actors just popped out of the color when lifted with open white or R51.

Robinson wanted to re-create contrasting hues similar to the RCOTW post on November 15th, 2018 for “Light My Candle,” sung by Sienna Orbel & Nathaniel Johnson as Mimi and Roger.

I loved the contrast and action in the RCOTW post for R2005 Storaro Cyan. I didn’t have the option to work R2005 into the palette of this show, but the sense of the color and the interest it created in me were the catalysts that drove my final choices for “Light My Candle.” Ultimately, I used R22 to create the warmth in the background, with cool R64 top lighting for the principals, and just a tiny hint of R51 from FOH.

If you’re searching for new color inspiration for your upcoming project, be sure to follow the #RCOTW hashtag on Facebook, Instagram and Twitter where you can see our previous Rosco Color of the Week posts. You should also explore our myColor Web App, which allows you to explore, sort and research all of our Rosco Color Filters, and then save your favorites into palettes.

A Knomadic Collaboration Of Color & Projection