Damiano Michieletto's production of The Abduction from the Serraglio for the Teatro San Carlo in Naples, Italy was set in a modern, floating harem called the “Palace.” The boat could rotate 360 degrees giving the public many different view points. When he was preparing to light the production, lighting designer Alessandro Carletti did a substantial amount of research as he determined his colour-palette for the production and he shared with us how and why he chose the colours that he did. 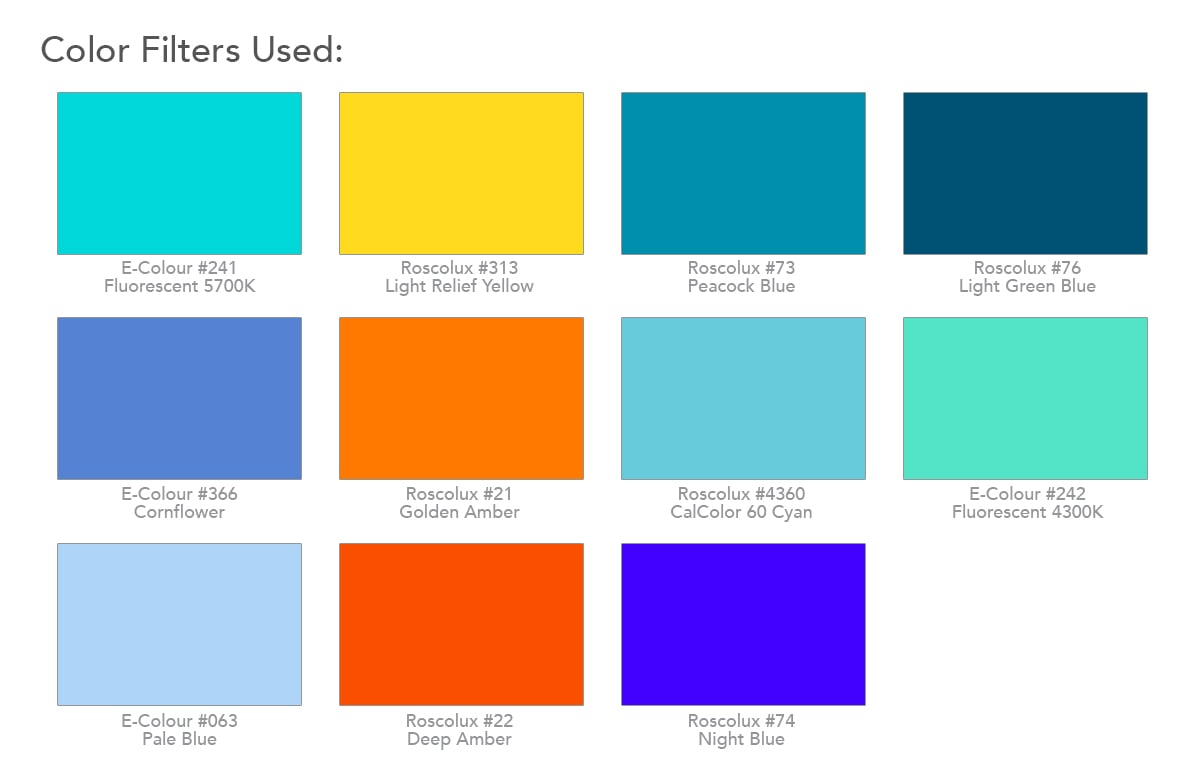 This is a show that I recall very fondly.  Before doing the lighting design I spent days photographing real boats moored in local ports. I looked for the most diverse lighting conditions.  We used a PVC cyclorama to suggest the psychological states of the characters and the time of day while following the music, libretto and the stage direction. The cyclorama lighting changed constantly and in order to illuminate it I used several different types of luminaires, HMI, Incandescent, all high output because the PVC cyclorama was very large. It was a great challenge to reproduce the colours on the cyclorama that I had envisioned. Many of the colours that I used were very saturated because the opera is a satire and presents strongly contrasting characters.

The action of the opera takes place during one day. The realistic day lighting underwent many changes as the boat revolved. I added fresnels, 14 Svoboda units and various moving lights to light the cyclorama and bounce reflected light off the glossy deck. The colours are almost complementary which has a comic effect but also implies opposing characters and ideas. 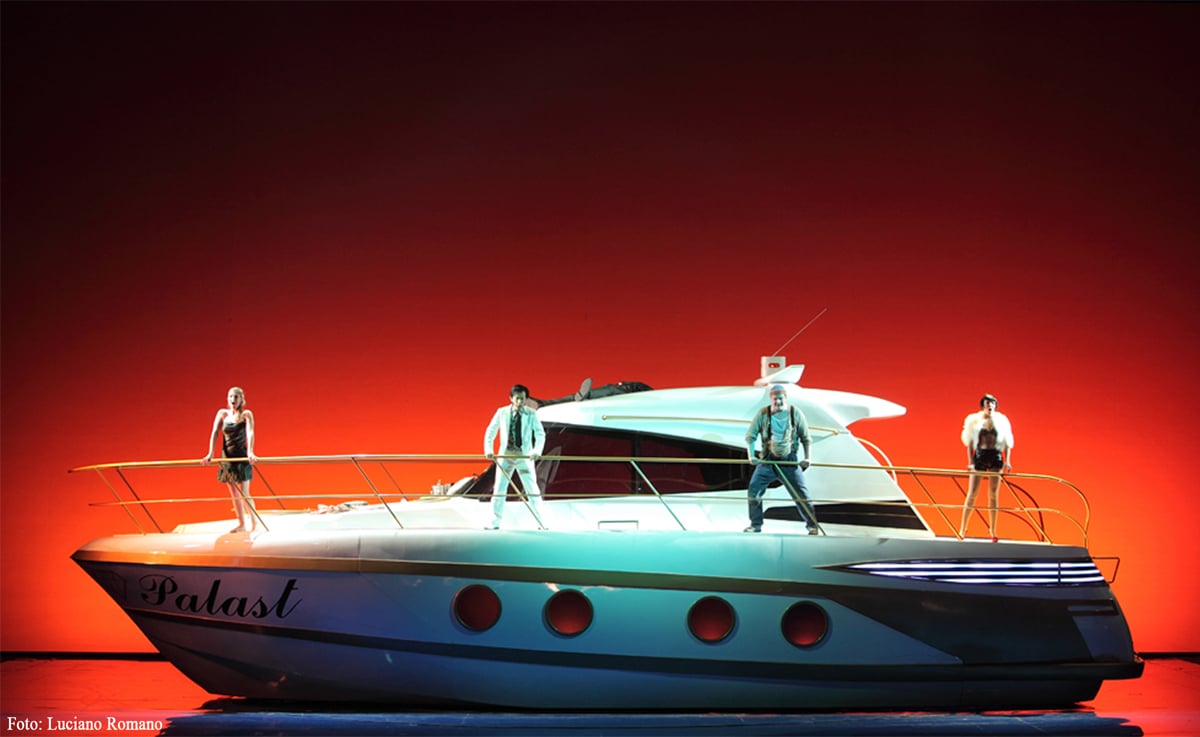 This effect is one of heightened realism with a very strong contrast between the late afternoon sky and the coloured water shadows on the boat. The lighting started out realistic but became more stylized as the day progressed towards sunset. 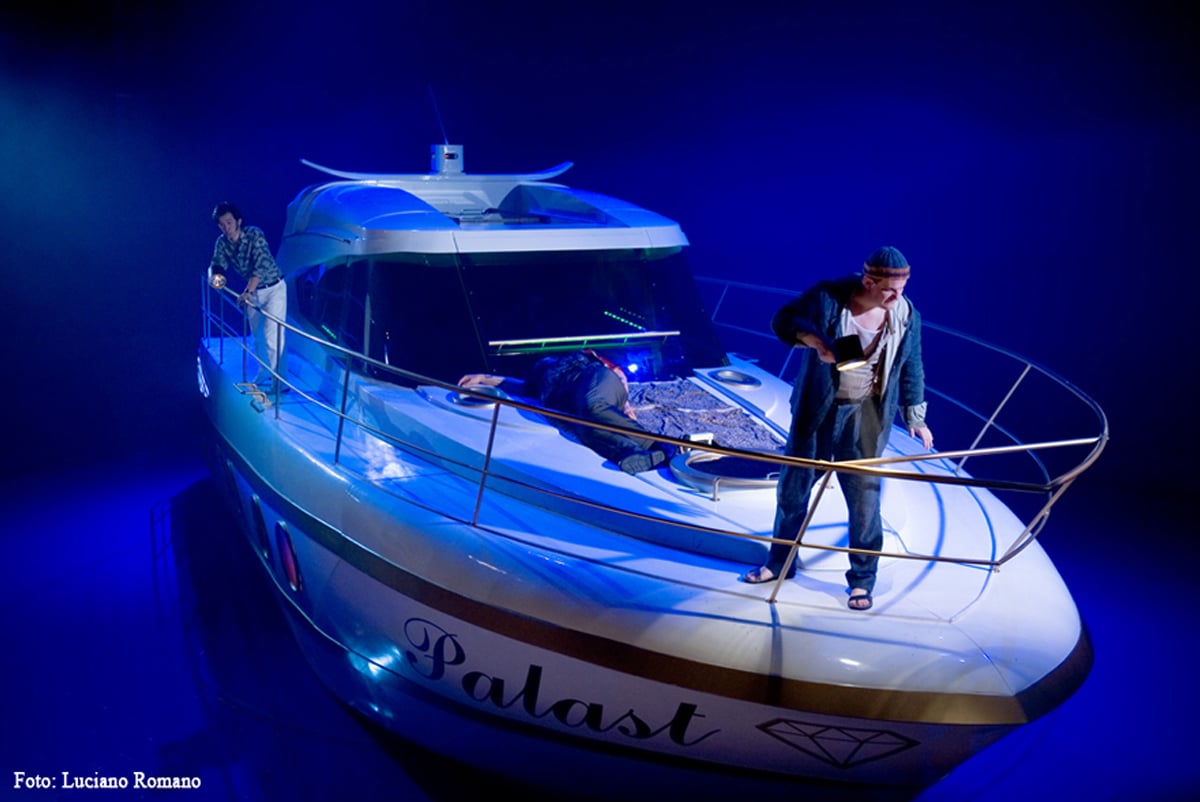 Here the difficulty was separating the boat from the cyclorama in this nightime scene. This was achieved by contrasting colours and constantly changing the lighting on the revolving boat and changing the colours and shapes on the PVC cyclorama.

Alessandro Carletti's creative use of colors on the cyc followed the music of the Mozart opera he was designing - but also communicated the mood of the characters and the time of day. The results: Brilliant lighting that helped tell the story. 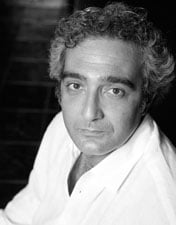 Alessandro Carletti’s lighting education began with his father who was a technician at the Teatro Eliseo in Rome. After several years at the Rossini opera festival he began the collaboration with Damiano Michieletto that would propel him to international status with productions in major opera houses, Il Trittico, Theater an der Wien, Don Carlo, Wiener Staatsoper,  Cavalleria Rusticana, Teatro San Carlo, Naples,  Un Ballo in Maschera, Teatro La Scala and Nabucco at the Royal Opera, Covent Garden. Alessandro works regularly with directors like Daniele Abbado, Francesco Micheli, Henning Brockhaus, Pippo Delbono, Franco Ripa di Meana and Yannis Kokkos and in 2015 he won the Knights of Illumination award for Michieletto’s production of Guillaume Tell at the Royal Opera.