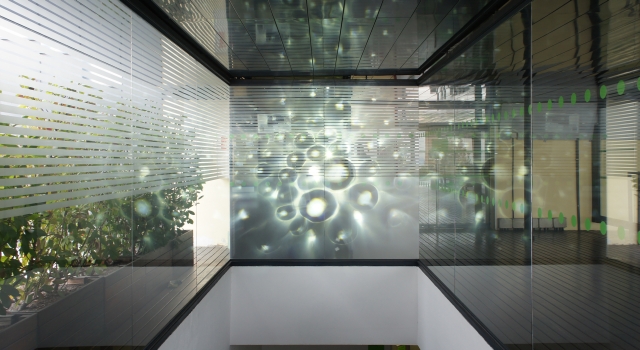 Rosco’s X24 Effect Projector is widely known for creating the most dynamic, realistic water effect available – and it’s easy to use, install and maintain. Creative designers have found ways of using the X24 to create unique lighting effects in museum exhibits all over the globe. Some used the fixture to execute the watery environment needed in their exhibitions, while others adapted the X24 to achieve the vision of their design.

One of the challenges facing the lighting designers at the Titanic Belfast Museum was to provide a realistic simulation of the water as part of what the museum billed as “the Titanic experience”. Robert Jones and Stuart Alexander of Sutton Vane Associates looked at various lighting techniques to accomplish this goal. They settled on Rosco’s X24 projectors because, as Jones said: “it offered an almost 3-D effect of rippling water. I had never seen anything like it … and still haven’t.”

Sutton Vane Associates used fourteen X24 projectors throughout the building to immerse the museum’s visitors in the Titanic Experience. Not only has it become a major new tourist attraction for Northern Ireland, but the building itself has also been recognized as one of the most remarkable architectural installations in all of Europe. The 14,000 sq.m.(150,700 sq.ft.) venue includes nine galleries of interactive exhibition space – including a dark ride, underwater exploration theater, recreations of the ship’s decks and cabins and an opulent, life-size replica of the Titanic’s marvelous grand staircase that they make available for private events.

The X24’s ability to create stunning, 3-dimensional water effects makes it the perfect choice for any space that needs to create an aquatic environment. However, simply by swapping out the standard effect gobos that come with the unit with alternative X-size Custom or Effects Glass gobos, the X24 is capable of creating other dynamic lighting effects in your space.

Light/Texture/Motion was a light art project installed in Casa Encendida, a cultural center located in Madrid, by The Lighting Design Collective. The project was a series of moving white light projections that were created in response to the abundance of windows and natural light found in several of the spaces within the center center. 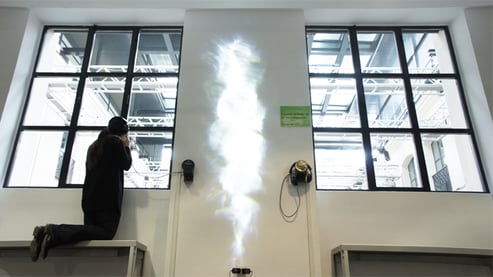 This temporary light art intervention studied the relationship between the natural light in the space and the light in movement created by the X24. These remarkable projections were created using a selection of X-sized Image Glass Gobos that created a variety of amorphous textures of white light that would move gently on surfaces connected to windows and glazed facades throughout the center. 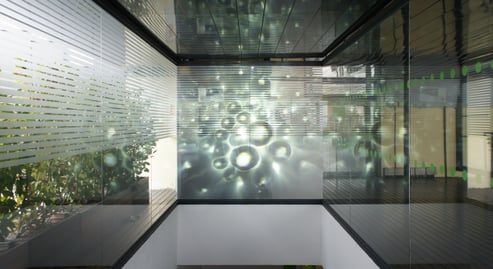 The X24 projecting movement onto a large section of textured glass

At first, the shaped light seemed to belong to a reflection from sunlight animated by the architecture, but as the effect traveled through the X24’s beam path, the light became an art installation of its own while maintaining its visual link with the daylight around it. 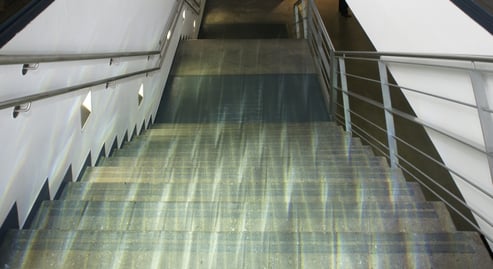 The X24 projecting moving glints of light onto stairs

What I liked most about the installation was how it made effective use of the large spans of white space inside the gallery areas. So many museums and galleries have an abundance of white space, which is perfect to project on. Turn that white wall into a canvas! Utilizing the X24 to project light as art in a museum or gallery is a creative way to make use of that empty wall space. Don’t forget, you can easily color the effects created by the X24, either by adding a 1.95” piece of Permacolor Dichroic Glass to the lens or by choosing an X-size Colorwave Gobo to create the effect.

The challenge for many museums is how to find a way to create subtle, yet arresting, movement to installations that feature static objects. Traci Klainer Polimeni of Luce Group solved that challenge in a recent installation of the Terracotta Warriors at Discovery Times Square in New York City. 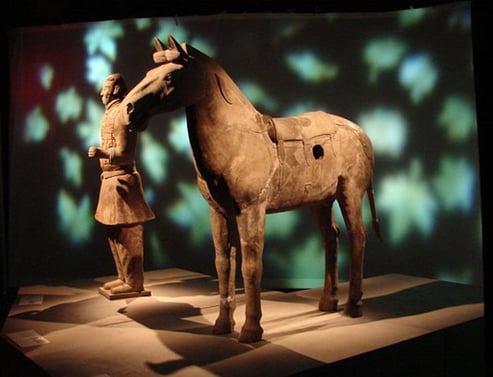 The museum, which dubs itself "the destination for discovery through unique and immersive exhibits" wanted a lighting design that would add a reality for the battalion of earthenware warriors to inhabit during their stay at Discovery Times Square this past summer. Traci’s design called for falling leaves behind the warriors, which she accomplished with the help of our gobo team in Texas, by adding a custom gobo into the X24 to create the background scenery of leaves gently falling and swaying behind a warrior with his horse.

The effect is bold enough to draw the visitor over for closer investigation, but subtle enough that it doesn’t take the focus away from the warrior on display – which is the goal of effective, museum lighting design.

The X24 is adaptable to any space and can create a myriad of different environments from water, and falling leaves to more ethereal and amorphous effects. Visit our RoscoEffects YouTube Channel to see additional videos of the X24's capabilities. Seeing is truly believing when it comes to this fixture. If you think the X24 is right for your next museum installation - Contact Rosco or your nearest Rosco Dealer to set up a demo in your space and see how the X24 can enhance your upcoming exhibit.