Cinematographers are always looking for new ideas and tools to use in their work. According to Stephen McNutt ASC/CSC, the Rosco X24 Effects Projector has proven to be one of those tools. Read below to see how Stephen has used the X24 to not only create realistic water effects, but he has also used it to create sci-fi atmospherics that are motivated by otherworldly technology. 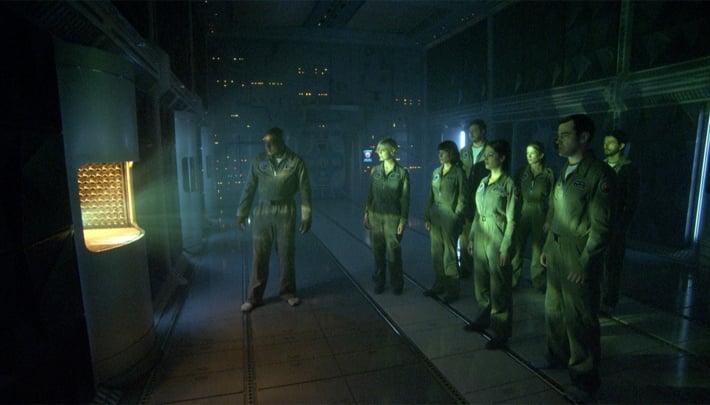 I was introduced to the Rosco X24 Effects projector when I was shooting a series called Defying Gravity. It was a science fiction project where the characters would come face to face with an alien presence. I was looking for an idea to create an interesting lighting effect when the alien was revealed. My Gaffer Jeff Trebenski mentioned that Rosco had an effects projector that used rotating gobos to mix and match effects. The Gobos rotate in opposite directions so as to give a smooth, non-obvious effect. It worked great. As you can see from the original camera footage, it was quite effective. Since then, I’ve used it on almost every show I do. 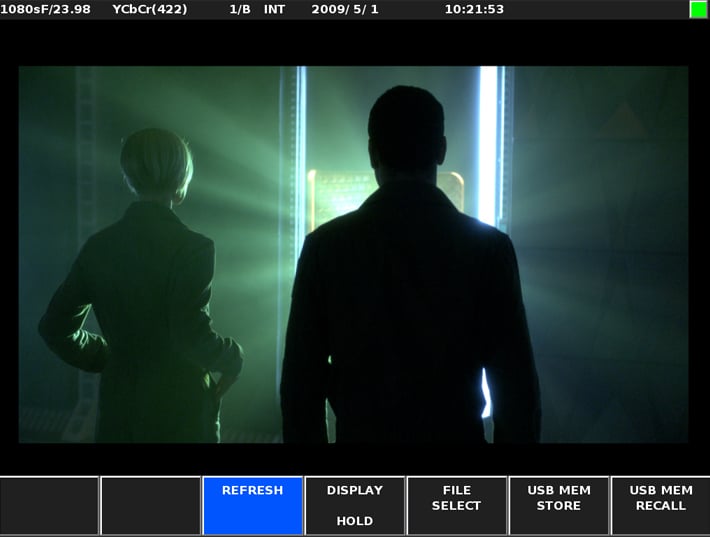 On Person of Interest we used the X24 to create a “rain on the window” effect projecting onto the wall. Usually you need to have a light source positioned a great distance away to get the hard water lines, but thanks to the various lenses of the X24, you can easily focus the effect in sharp.

I shot a pilot for SyFy called Rewind about a Super Collider that opened up a time portal. The image of the collider was to have a stream of pulsing light between them. The CG team was going to add the light in post, but we wanted to add an effect on the walls of the set in real time. I had four X24 projectors that served as the interactive light that I needed. This had an added benefit, as we were able to generate an effect even if the actual collider wasn’t seen, which saved money in the Visual Effects budget.

The X24 Effects Projector is sturdy and Rosco has a large variety of Effects Gobos that can be mixed and matched to create a variety of different effects. I always put the X24 on my initial equipment order when I begin a project.

To see more of Stephen McNutt's cinematic work, be sure to explore his website: www.stephenmcnutt.net. Save