Lighting designer Ben Eng recently worked on a production of The Little Mermaid for Wellstone Center in St. Paul, Minnesota. The director of the show really wanted the audience to feel like they were actually “Under The Sea.” Once Ben got the chance to test Rosco’s X24 Effects Projector on stage, both he and the director ended up using it in every scene where the characters were underwater.

In order to create the water effects for the show, Ben’s first thought was to use several gobo rotators with various water gobos and different shades of blue Rosco gels. However, Ben’s lighting design was already stretching the dimmer capacity of the space and he realized that he didn’t have enough dimmers to properly create the effect. A friend suggested Rosco’s X24, and Ben was sold on the effect as soon as he saw the fixture light up the stage.

One single X24, outfitted with a 30° lens, was hung front of house at center stage with a C-clamp. Its spread was wide enough to cover the whole stage in a brilliant, realistic water effect. “The X24 created plenty of punch to show up through the other stage lights,” Ben reported, and he was especially pleased because it only used up one circuit – freeing up several other dimmers and circuits for him to use elsewhere in his design. He also appreciated the X24's ability to adjust the individual speed of the two gobos inside. This allowed Ben to dial in the perfect water effect. 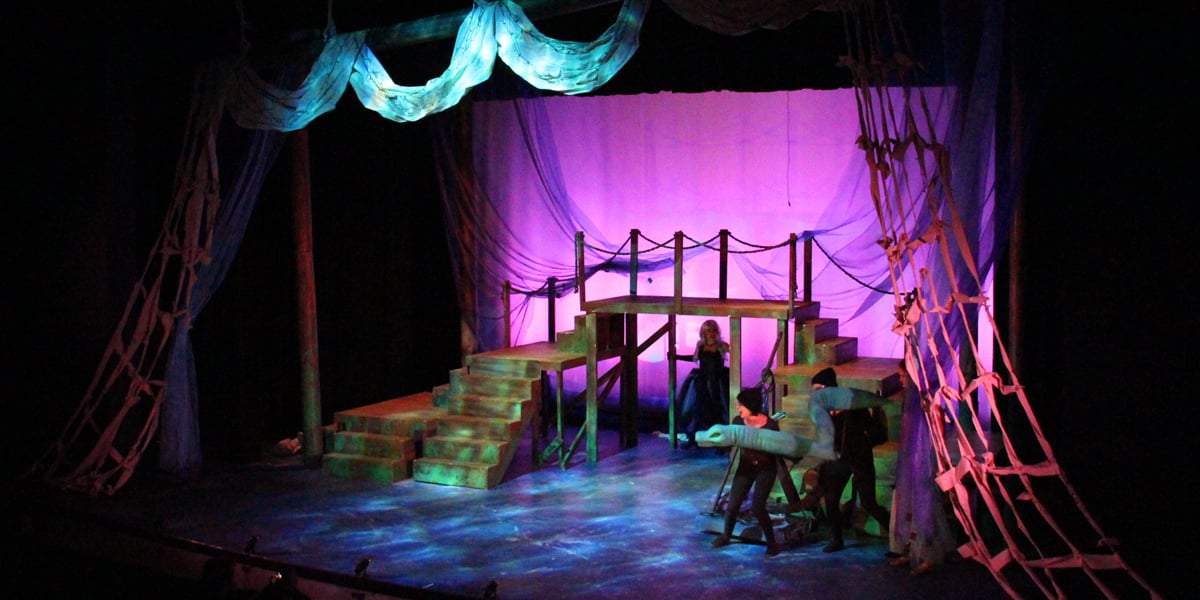 Whether you need to create realistic water effects that submerse your characters and your audience like Ben Eng did in this production of The Little Mermaid, or you simply need to create reflected water effects because the setting of your production takes place near the water – choose Rosco’s X24 Effect Projector to create whatever water effect your design requires. Visit the X24 web page to learn more about all of the lighting effects that this versatile projector can generate. To see more of Ben Eng’s lighting design work, be sure to visit his website. 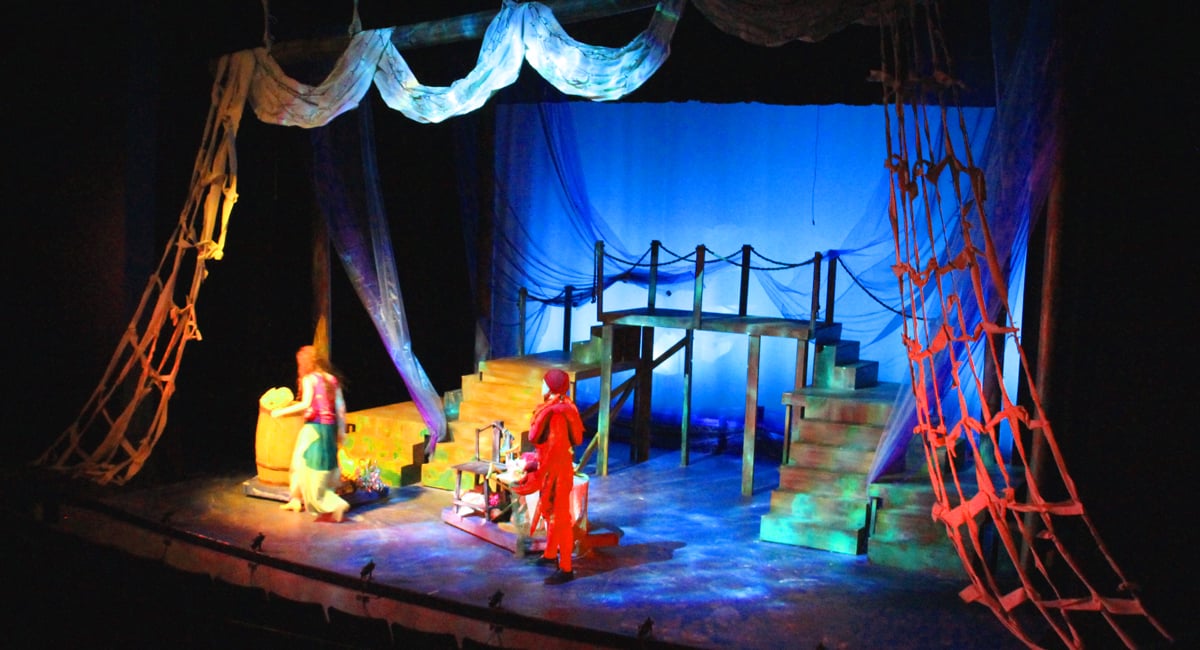