Rosco has been working with lighting designers since its inception in the early 1900's. Many of the colors designers have used and loved through the decades have come from designers' need for specific colors on their shows. This Spectrum series will look at the relationship Rosco has had with those designers and reveal some of the colors we've created together with them.

It could be said that R02 Bastard Amber is the first color we developed for a designer - and this was back in the early 1900's for Louis Hartmann! Our tradition of designing colors based on the needs of the lighting design community started there, blossomed through the decades to fill-out the Roscolux book and continues to this day. 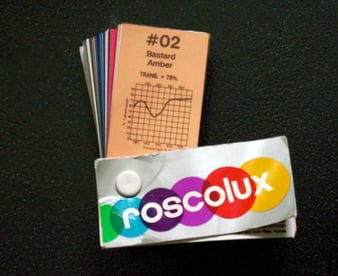 To understand the impact Louis Hartmann had on the stage lighting industry, it helps to have a sense of his boss - legendary playwright David Belasco, who wrote, directed, or produced more than 100 Broadway plays including The "Girl of the Golden West" and "Madame Butterfly" during his career. 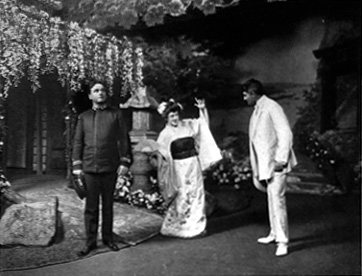 Belasco's productions are recognized for their naturalistic, detailed stage sets and for introducing lighting techniques that would set the mood, time and place for his productions. At the turn of the century, the title of lighting designer hadn't yet been conceived, so Belasco relied on Louis Hartmann, his stage electrician, to create the technical effects he wanted to see on stage.

David Belasco described Louis Hartmann as "an artist who paints with light-beams and diffused glows instead of pigments and brushes” and Hartmann lit all of Belasco’s productions for 28 years. 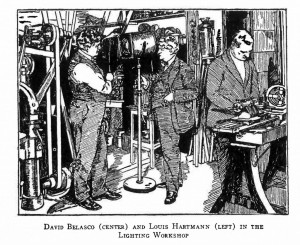 Since Belasco always had a show running on Broadway, Hartmann was a regular visitor to Rosco’s gelatine plant on the hunt for new colors that would help enhance the actors, costumes and set pieces on stage. One day he noticed a stack of odd sheets in a corner. He was told that they had been discarded because the amber had been contaminated with some red dye. Hartmann was intrigued and took a sheet for testing. He discovered that the color was actually very flattering on skin tones and on his next visit to Rosco attempted to order some sheets of this interesting new color, which Hartmann referred to as that "bastard amber you had.” By then the stack of sheets had been thrown away so Rosco had the challenge of recreating the “accident” for Hartmann and tweaking it to his specifications. 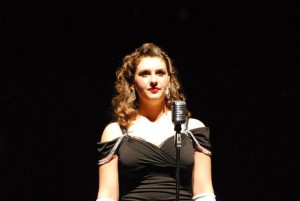 R02 Bastard Amber used in a downlight to provide dramatic shadow in a production of "White Christmas" at the Rodgers & Hammerstein Music Library. LD - Patrick Angle

The accidental color we created for Louis Hartmann would later become Roscogel 02, Bastard Amber and it lives on 90 years later by the same name in the Roscolux and Supergel ranges.

“Film” – An Examination Of Colour & Order

The Winners Of The 2017 Stan Miller Awards!