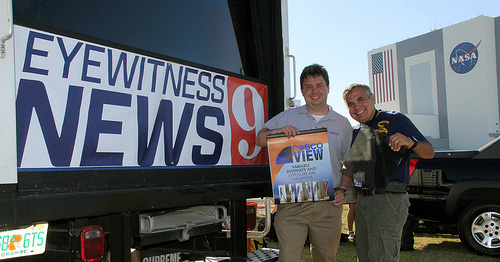 As WFTV, the ABC affiliate in Orlando, began to prepare for their long-haul coverage of the Casey Anthony Trial outside the Orange County Courthouse, they began to think about how the quality of their newscasts would be much better if they could bring their reporters and anchors in out of the elements - but still have them on location.  Their solution was to build a mobile version of their news set in the back of an old production truck that they had once used to shoot their local commercials - and RoscoVIEW and LitePads helped them make it happen. 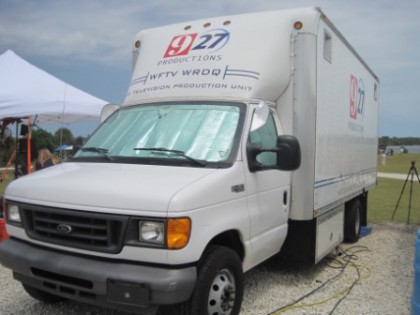 They had a smaller version of their news set built in the box area of the truck with a window behind the desk so that they could shoot out the back. 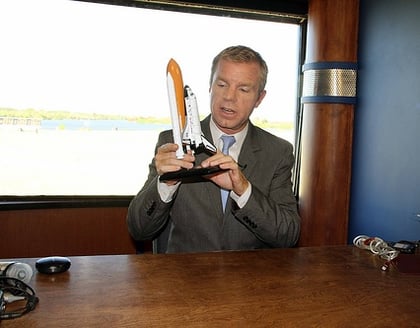 As you can see, the problem with shooting out the back is that the bright exterior light blows out the background and doesn't allow you to see the details of what's outside. By installing RoscoVIEW in the back of the truck, the WFTV crew can now control the exposure through the window - even as lighting conditions change outside.

The test run for the WFTV mobile studio was the final launch of the Space Shuttle Endeavour. Once WFTV's operations manager, Dave Sirak, and his crew had the RoscoVIEW installed, they invited me to join them at Kennedy Space Center so that I could see the mobile studio and all of its Rosco components in action as they delivered their shuttle launch news coverage. I was so excited! I have wanted to see a shuttle launch since I was 11 years old and now I was also getting a chance to have a first-hand look at how a news team handles the high-pressure situation of a shuttle launch... 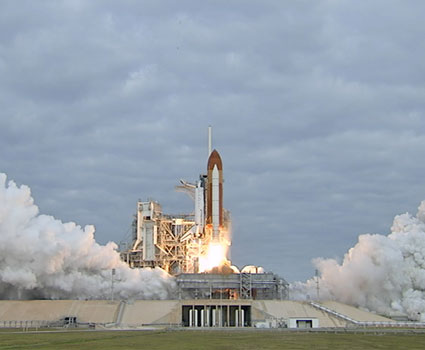 ...getting scrubbed! I'm not going to lie - the mission getting scrubbed with a couple of hours left on the countdown clock was disappointing, but the time I got to spend in Orlando with Dave and his crew was fantastic. What I did get to see first-hand was how the WFTV mobile studio is a perfect example of how RoscoVIEW can be used.

RoscoVIEW enables Dave and his crew to change the exposure out the window as the lighting conditions change throughout the day. For example, the camera inside the truck was aimed due east at the countdown clock with the shuttle off in the distance, which meant that the lighting conditions were much different during the morning broadcast than they were during the midday broadcast. RoscoVIEW allowed the crew to change the exposure of the window with a quick rotation of the RoscoVIEW Camera Filter as they shot their various newscasts throughout the day. 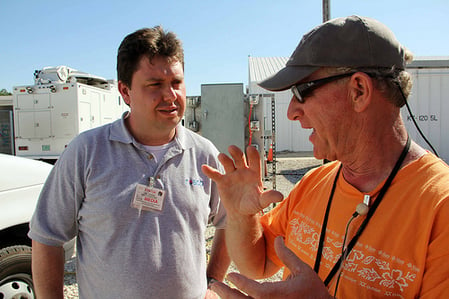 The mobile studio was a gigantic hit in the media area of the launch site. People from news outlets from around the world kept coming by to see "The Truck" and to ask me questions about how to incorporate RoscoVIEW into their studios back home. It was easy to see why the other news outlets would be jealous of Dave's truck since all of our neighbors in "media-row" were shooting underneath pop-up canopies like this one: 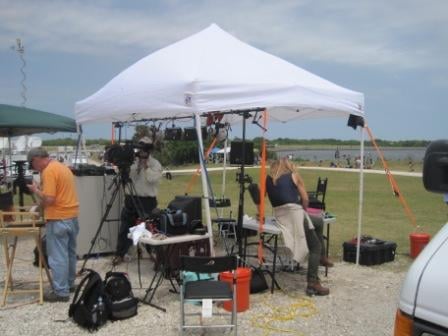 Meanwhile, Dave's crew was out of the sun, air-conditioned, and sheltered from the high winds we experienced that day. This made the crew more comfortable, the anchors more presentable, and everyone, in general, was in a much better mood - even though the launch was scrubbed. 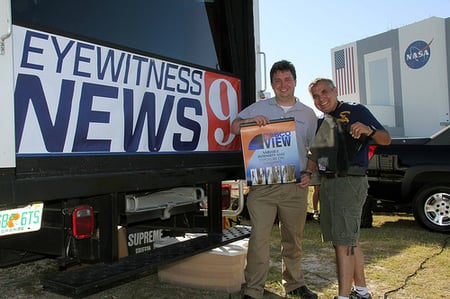 A big thanks to Dave Sirak and the WFTV crew for their hospitality during my visit to Orlando.

What better way to illustrate to you how well the Rosco VIEW and LitePads work than by showing you a video shot onboard the WFTV mobile studio?  Dave Sirak at WFTV was kind enough to shoot some footage of me on their mobile news set, and we've added the video to our Rosco YouTube Channel.

RoscoVIEW helps WFTV shoot their stories where the news happens - and they can do the same for you. If you'd like to learn more about RoscoVIEW, visit: www.rosco.com/roscoVIEW.