Since their introduction in the 1970s, fog machines have remained among the most commonly used piece of special effects equipment in the entertainment industry; including stage, film & television, and theme parks. Prior to the fog machines we use today, fog & smoke effects were created by incinerating flammable materials such as mineral oil and even used tires. Using a professional fog machine is a much safer and more effective way to create a smoke effect on set. Let’s take a closer look at how a fog machine works.

Different materials and components can be used to manufacture each element of the fog machine system. Changing a material, ingredient, or component of one element can affect the performance of the machine and the fog effect creates. 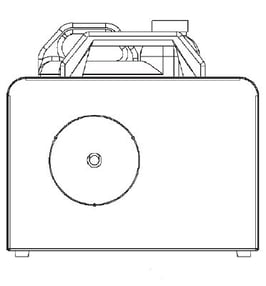 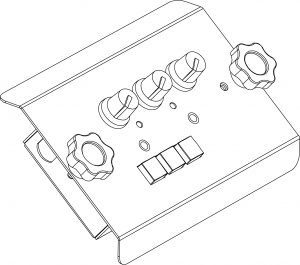 Once the heat exchanger on a fog machine has reached its peak operating temperature, something needs to switch on the pump. Professional fog machines feature multiple pump-control options. Almost every fog machine comes with a wired or wireless remote with some or all of the following features:

Most professional fog machines will also feature DMX capability that enables them to be controlled via a DMX control console. It’s also worth noting that many theme park attractions are controlled by 0-10V closed-contact controls. Some fog machines are also capable of integrating with this style of control system. 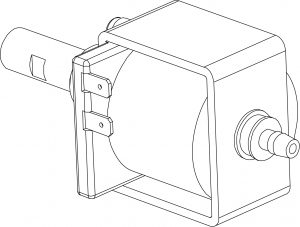 A fog machine pump moves the fog fluid from its reservoir to the heat exchanger. The proper pump must be selected in the design of the fog machine so that it matches up to the characteristics of the heat exchanger. If the fluid is pumped too quickly, for example, too much fluid will flow across the heat exchanger and cause it to cool down too rapidly. The most commonly used pump in professional fog machines for the entertainment industry is a piston pump. Along with efficiency, the piston pump has a long performance life and provides high-volume fog output. 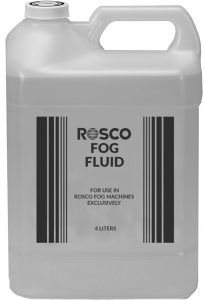 A professional fog fluid is water-based with a small amount of either glycol or glycerin. When the fluid hits the heat exchanger, it is vaporized in a process known as “flashing” to create quick-cooling steam. As the fluid is flashed, it expands rapidly as it exits the machine. When the vaporized fog fluid mixes with the outside air, it instantly forms an opaque aerosol – which is the effect we refer to as fog or smoke. Varying the amount of glycol/glycerin in the fluid can affect the opacity of the fog effect – the more you use, the more opaque the effect will be. Different glycols and glycerins can also create different effects, such as quick-dissipating fog, for example.

Now that you know how a fog machine works, let’s use that context to explore Rosco’s range of Vapour Fog Machines. Every machine in the Vapour range features a piston pump, and gravity die-cast aluminum heat exchanger, but each machine is engineered differently to accommodate any budget or specification. 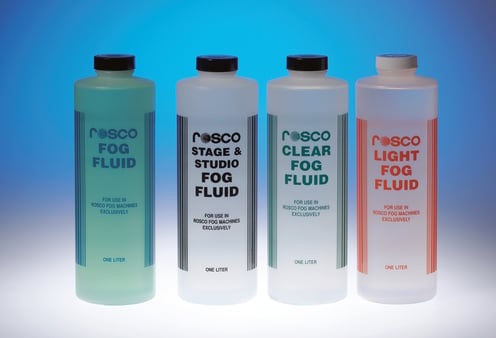 Rosco Fog Fluid: Creates opaque fog/smoke effects with an extra-long hangtime. This green-colored fluid features Rosco’s recognizable scent that helps audience and crew members understand that the effect they’re seeing is safe and not from an actual fire.

Stage & Studio Fog Fluid: Creates an opaque effect that dissipates quickly. This is useful for low-lying chilled-fog effects, steam effects, or for creating vertical “CO2 blasts” with the Vapour Plus.

Rosco Clear Fog Fluid: Creates the same long-lasting and opaque effect as Rosco Fog Fluid, but without the colorant and scent for people who may be sensitive to those ingredients.

Rosco Light Fog Fluid: Creates a long-lasting effect that is less opaque. This is useful for those that want to create translucent haze effects using a Rosco fog machine.

V-Hazer Fluid: Designed for use in the V-Hazer, this water-based fluid creates a smooth, long-lasting haze effect that won’t leave behind an oily residue on performers, set pieces, or equipment. 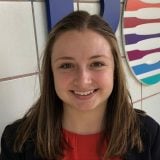 Prior to joining Rosco in 2018, Brittney worked as a lighting technician and light board operator in a variety of theatrical and concert venues. In her prior role as a Project Manager for our Rosco Architectural division, Brittney gained extensive knowledge of our architectural products as she built relationships with our customers. Her background in Live Entertainment and her experience with Rosco’s architectural products make Brittney a valuable resource for technicians and designers around the world.