“My favorite Rosco color is R83 Medium Blue,” he said. “It’s in just about every gel string I’ve ever made, it’s in almost every light plot, but it has a really heavy spike to red, which is why it excites the retina. However, that’s what led me to say, ‘Can I have something that’s just blue without the red spike in it?’ I wanted a steel blue that, when you dimmed it, didn’t go amber.” The red or amber spike in R83 and other saturated Rosco blues gives the color a brownish cast in low background light on camera, he explained. “I wanted something that when the light behind the subject is really dim, it still reads as blue and not as brown or something like that,” he said.

Mike talked to Amé Strong, who was Rosco’s Color Filter Product Manager at the time, and explained what he was looking for and why he needed it. Amé and her team at Rosco moved quickly to develop a new color: Roscolux® #381, which was essentially #3202 Full Blue plus #R3220 Double Blue. The new blue did the trick for Baldassari—and in his honor, the Rosco team named it Baldassari Blue.

“The first place I used it was on a Neil Young tour in Europe,” he said. “It wasn’t really available yet, but they sent me the first batch so I could try it out. I put it in six backlight PARs and I used it between songs, and just where I wanted a little extra to fill in the shadows on him. On film or in a camera, once you’ve pinned the needle on a blue, you can’t get more blue - but this wasn’t pinning the needle. I could get the blue, but it wasn’t oversaturated for the camera.”

Mike has found his namesake blue particularly useful in the lighting designs he creates for televisions specials. For example, he applied it onto a 10K behind David Letterman for his show My Next Guest Needs No Introduction on Netflix with particularly exciting results.

"Even when the 10K is at about seven or eight percent max, it still reads as blue,” he said. “Lots of other colors would either look too theatrical, or like a heavily saturated, dingy, color dot, but this still reads as a true steel blue.” 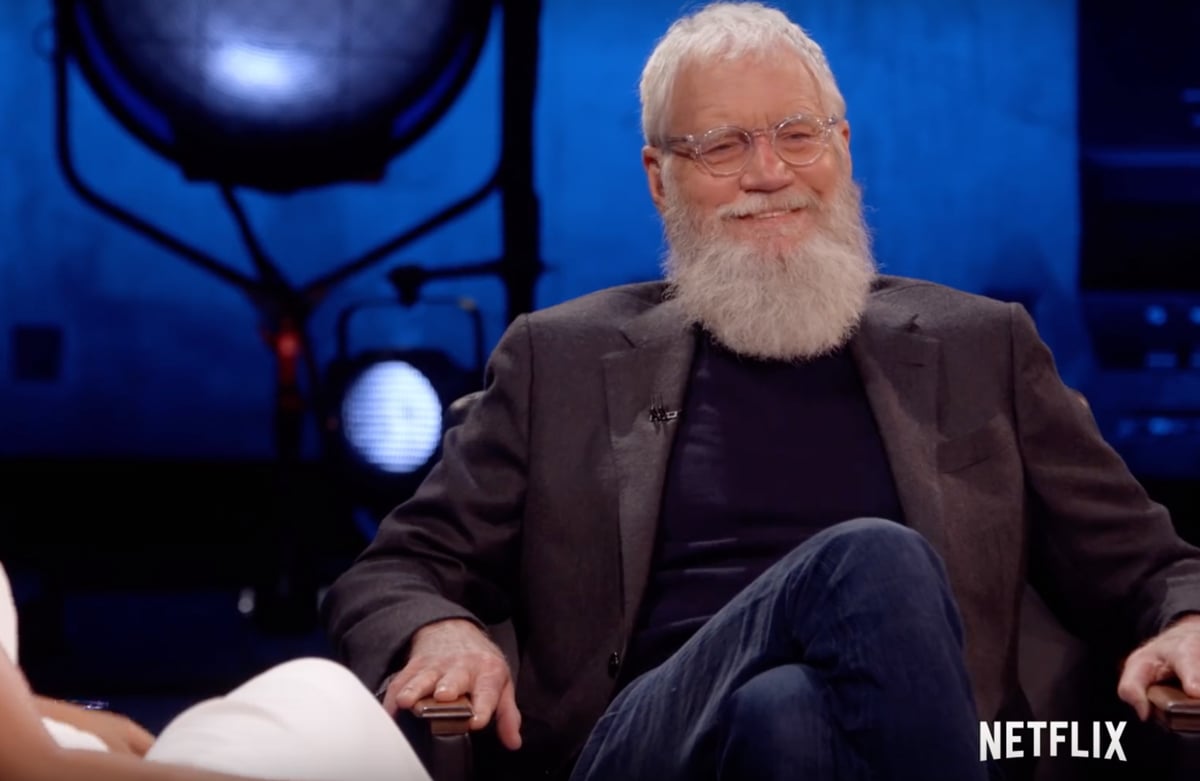 He used it on the balcony rail as well for the reverse shot, where lights have to be kept low to avoid polluting the look of the stage lighting. “I can run the lights down low and they still look blue,” he said, “so this color is perfect for that.” In situations where the lights essentially work as scenery, Baldassari Blue serves its purpose well. “I used it in John Mulaney, The Comeback Kid at the Chicago Theatre, for example, and in the Joe Rogan: Strange Times special for Netflix.” 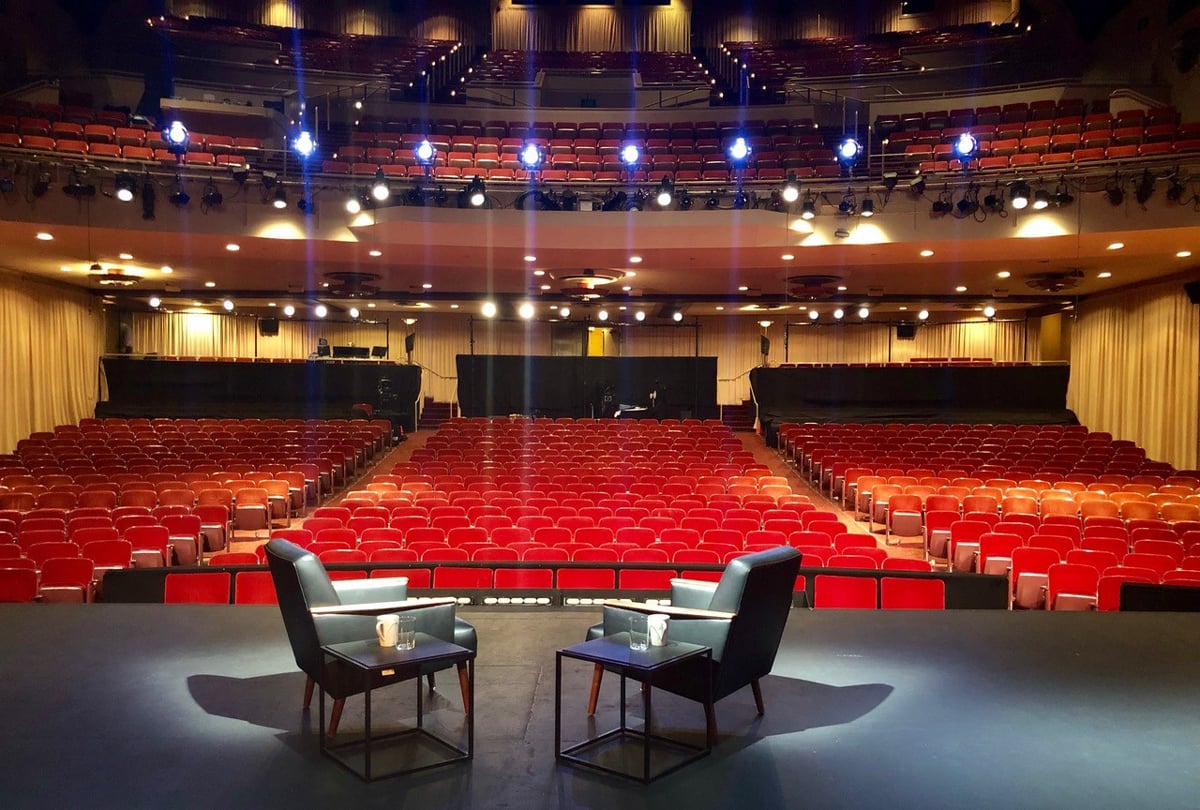 Baldassari Blue provides the tool Mike needs to unify a set on a Broadway stage, where he often uses it as a balcony rail wash. “It can be a really good set wash that’s not a heavy color,” he said. “I’ll even sometimes use it with a gobo. The downside is that it doesn’t have a lot of transmission to it – only six percent – but I use that to my advantage because I can run it closer to full and get this really nice, saturated steel blue that doesn’t overwhelm the rest of the lighting.” 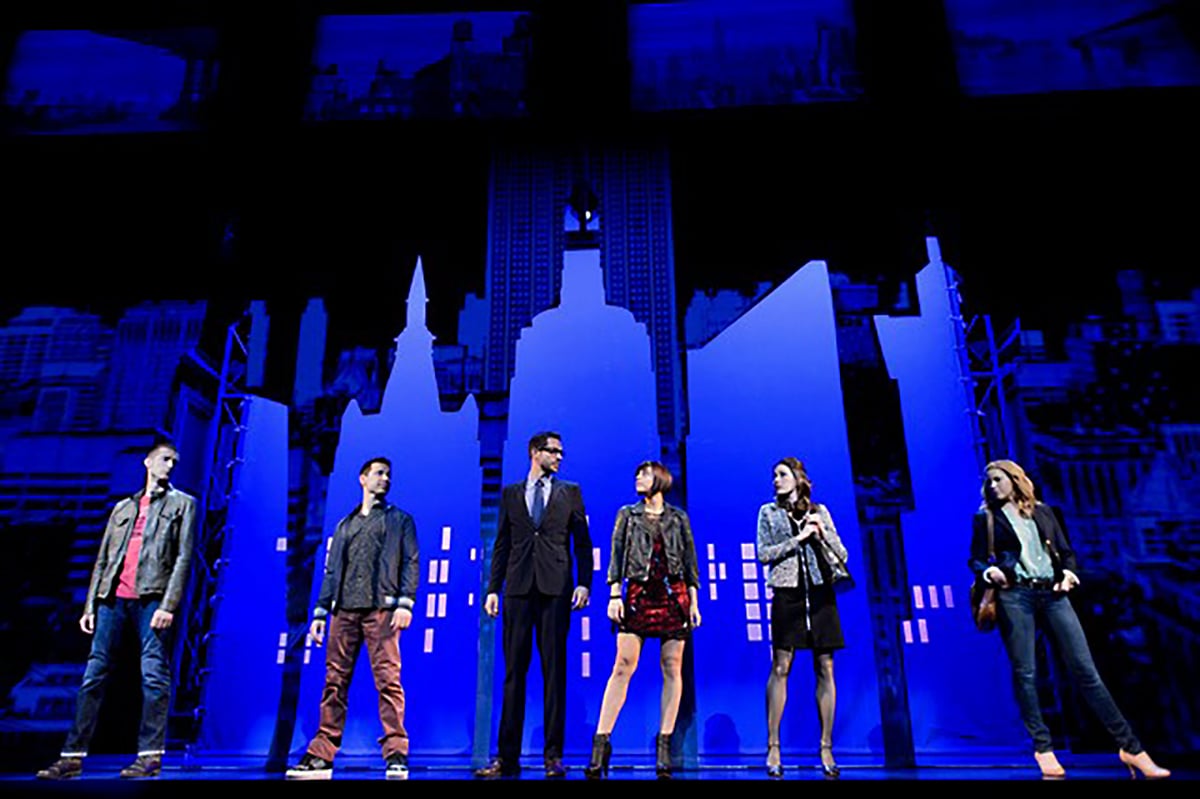 On First Date, which opened on Broadway in 2013, R381 saved the day in the incalcitrant light boxes over the top of the set. “We couldn’t get to the right color of blue with the LEDs,” he said. “So we used white LEDs with R381, and it was the perfect color the set designer was looking for.” 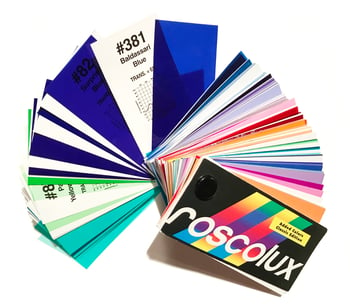 Mike isn’t one to flaunt his fame or feed his own ego, but he has had some fun with having his name in the Roscolux swatchbook. Sometimes, working at the tech table, he has seen his board operator’s esteem of him change in an instant. “I’ll say in a tech, ‘Put that in R381,’ and it will pop up on their console with my name on it. That stuff’s kind of fun.” Perhaps even more exciting, however, was the day one of his daughter’s classmates at her performing arts high school discovered Baldassari Blue in his Rosco swatchbook, and she had the opportunity to say it was named for her father. “Once in a while I get people who are very surprised,” he said. It’s also a little humbling, he noted. “I am flattered to be in the book with Jules Fisher, Ken Billington, and Tharon Musser. I’m not anywhere near their stature of course, but I’m very honored that Rosco did it.” 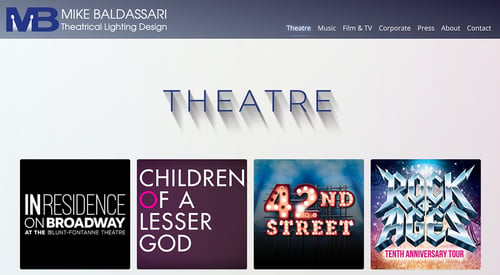 Mike Baldassari has served as lighting designer for movies including Rock of Ages, Nine, the 2016 Ghostbusters reboot, Joyful Noise, and Sex and the City 2, as well as television productions including Garth Brooks Live From Central Park and a long list of comedy specials. His design for the Broadway revival of Cabaret earned him Tony and Drama Desk Award nominations and an Entertainment Design Award win, and his work has graced recent Broadway productions of Children of a Lesser God, First Date, and Holler If Ya Hear Me. To learn more about Mike and his extensive body of work, visit his website: mike-o-matic.com.