When preparing to shoot the Season 4 episode entitled “Tender is the Nate,” the show’s Gaffer, Richard “Bucky” Buckmaster, wanted to project pinspots of light to create a futuristic lighting effect for the episode’s “Containment Cell” set. Knowing that the set didn’t have room to house traditional Source 4’s, he explored the Image Spot as a potential solution.

Multiple Images Spots were mounted into customized fixtures in the ceiling of the set.

The small form factor (7.8in x 4.8in x 6.8in) of the Image Spots, coupled with its lightweight 5.5 lbs., made them an optimal choice for rigging inconspicuously from the ceiling. The fixture also made it very easy for the Art Department to work the fixtures into the scenic elements of the “Containment Cell” set.

Bucky made his own custom aperture gobos to project a series of pinspot circles around the border of the cell platform. He used the 5500K model so that the projected spots matched the cool glow of the cell perimeter under “normal conditions,” but the 5500K spots popped when the perimeter turned red during “lockdown.” An added haze effect also highlighted the beams of light from the Image Spots that were mounted in the ceiling to emphasize the barrier of the cell. 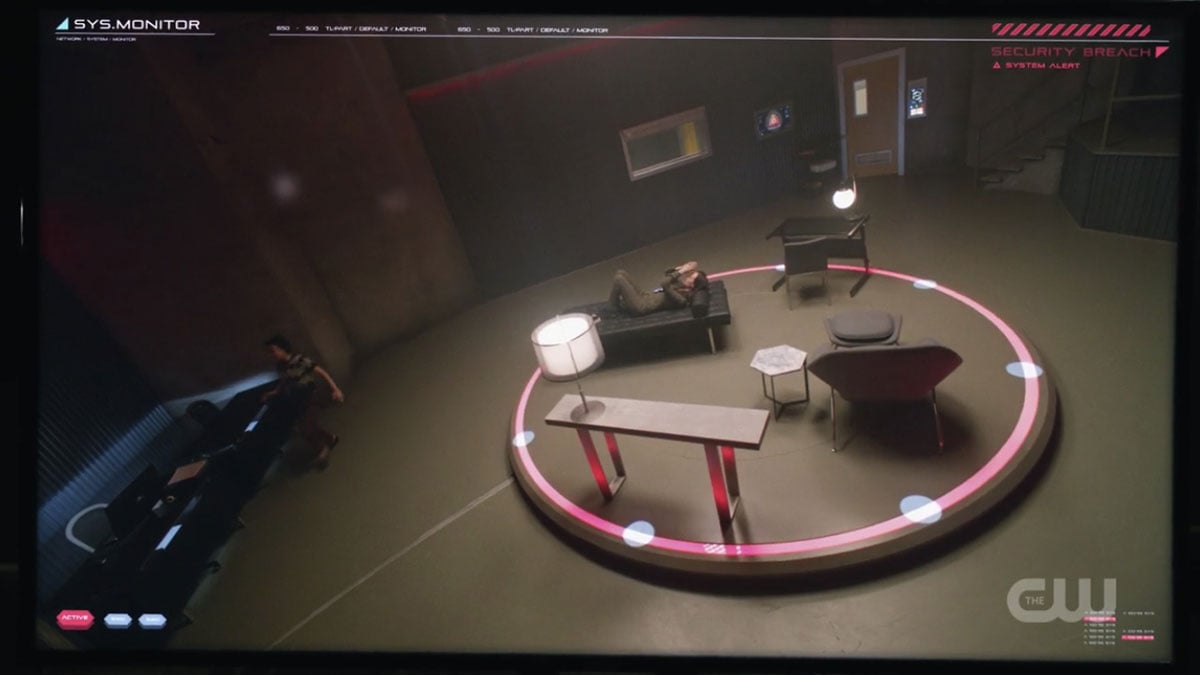 Screen-grab showcasing the Containment Cell on lockdown. © The CW Network

Bucky was introduced to the Image Spot by HollyNorth in Vancouver when it was first released. The LED fixture’s brilliant output combined with the compact design made it an ideal candidate for this set installation. Featuring crystal clear optics, the Image Spot fixture is capable of projecting standard and custom gobo designs up to 40 feet away. The DMX model can be controlled manually or via a lighting console, and the fixture is passively cooled, enabling it to run silently in the background. All of these features made it perfect for projecting Bucky’s gobos on set. 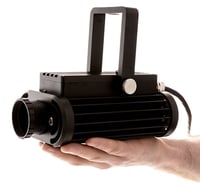 Thanks to Bucky Buckmaster for sharing his story of on-set ingenuity. If you’d like to see more of Bucky’s work, you can watch the first three seasons of DC’s Legends of Tomorrow on Netflix, and you can stream Season 4 on cwtv.com. If you’re thinking about projecting gobos in your next production, visit Rosco’s Image Spot product page to explore the features and product specifications of the fixture to see if it will work in your lighting setup.

Meet The Next Generation Of Miro Cube – Introducing Miro Cube® 2!

Braq Cubes® Uplight The Stage For The Pan-Mass Challenge