TA Films, an Emmy Award-winning production company based in North Carolina, has been creating “evergreen content” for the Big South using Rosco Chroma Key Paint. All puns aside, TA Films produces content across multiple genres for documentaries, commercials, music videos and reality TV, and they boast a strong portfolio of professional and college sports projects. Up until recently, TA films relied on a fabric green screen for most of their digital compositing shots. However, when they needed to capture the athletic moves of basketball players from the Big South, they learned quickly that they needed a more durable and reliable solution. 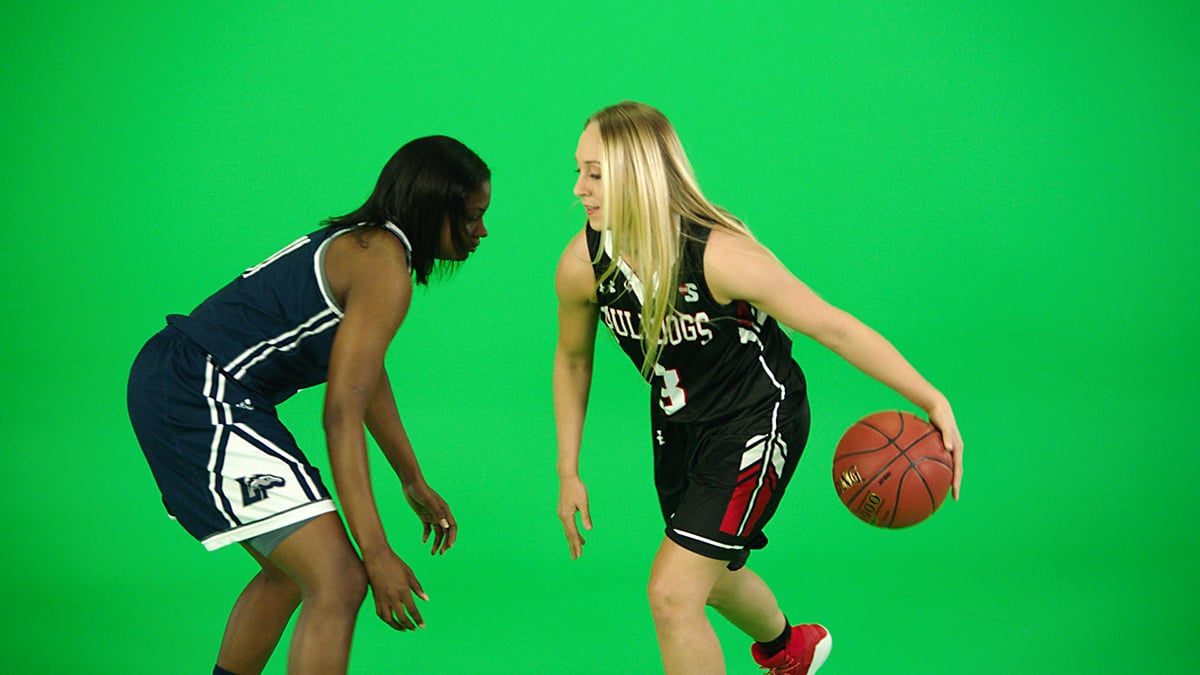 SME Branding contracted TA Films to produce a campaign for the Big South featuring action shots of college athletes across the conference. “During our first Big South campaign in 2016, we had difficulties shooting these athletes making action moves on the screen because the fabric would wrinkle up and become damaged,” said Will Rooney, manager of digital content and studio operations. “We got plenty of usable footage from this shoot to create the TV commercial but had to adjust our shots based on this variable. We knew we needed to find a solution that would allow dynamic movement without sacrificing our green screen background.”

In 2017, SME Branding and the Big South Conference returned to TA Films Studios for another shoot spanning two days. For this shoot, the crew adjusted their green screen approach and traded in their fabric green screen for a painted cyc wall using Rosco Chroma Key green paint. “This was an improvement all around because the athletes could do any action that they wanted to on the screen,” said Will. “The paint made the shoot both safer and more efficient, as the athletes didn’t have to worry about slipping on a fabric screen, and the production crew didn’t have to stop shooting to adjust the screen and fix the wrinkles.”

When it came to the actual painting, Will confessed he was nervous at first since he’s not a professional painter, but he was impressed with the quick application and how easy the paint was to work with. “This is very high-quality paint that goes on thick and evenly. I didn’t need to use a primer like with other paints, and I only needed two coats. The whole process was done in a day.” The cyc wall at TA Films now alternates between white, black and Rosco Chroma Key Green depending on the project they're shooting. 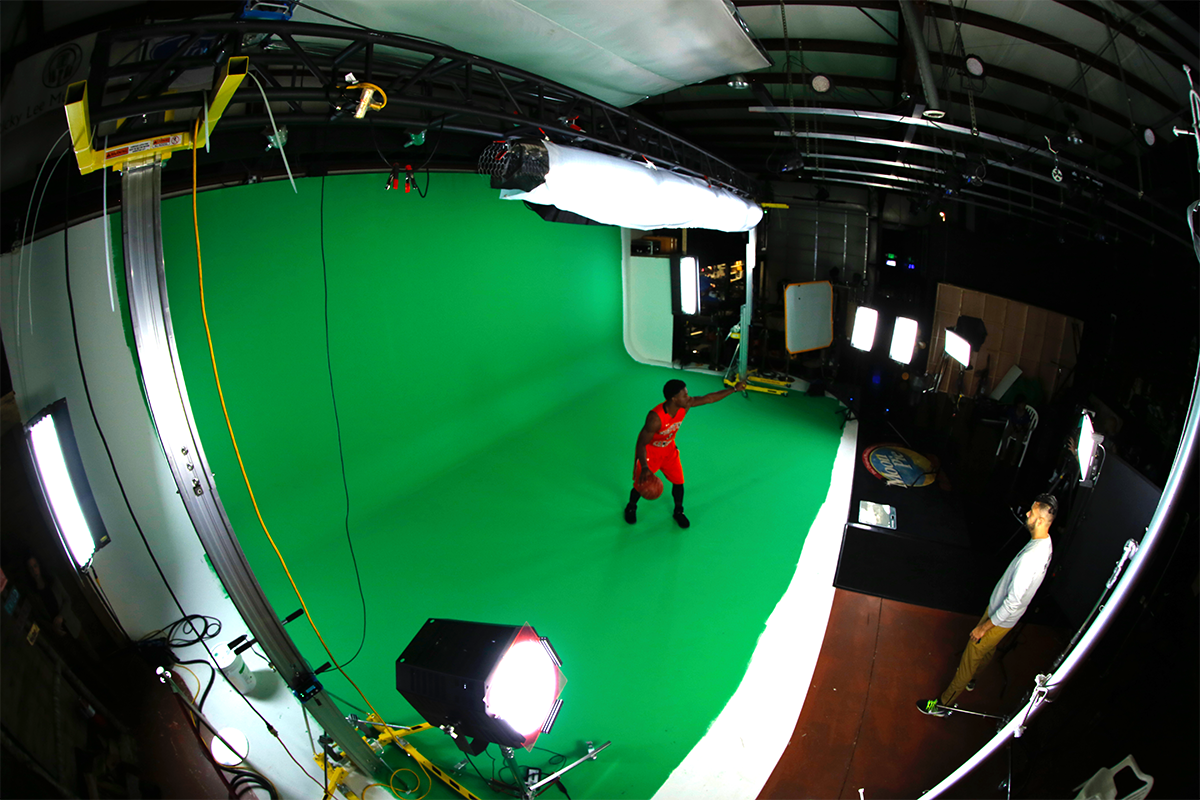 The TA Films crew noted that another advantage of the Chroma Key Paint is the ability to scale up in size to accommodate tall athletes performing action shots. The size of their cyc wall is 13’x 35’ and they maximized their space by painting the floor another 16’ out from the wall.

TA Films also handled the post production in-house, and their editor was easily able to key in action shots in the background to complement spoken interviews in the foreground.

Thanks to Will and TA Films for sharing their Chroma Key experience with us. Be sure to check out the TA Films website and explore their studio, services and portfolio of projects: tafilms.tv. If you’d like to learn more about the digital compositing paint TA Films is using in their studio, visit the Chroma Key Paint product page on the Rosco website.