RoscoVIEW Dials In The View For Mobile Broadcast Studios

EventRent is an international marketing solutions company that boasts nearly 150 promotional vehicles, trailers and touring stages used by brands all across Europe – including several impressive Mobile Television Studios that can be used to broadcast from virtually any location. 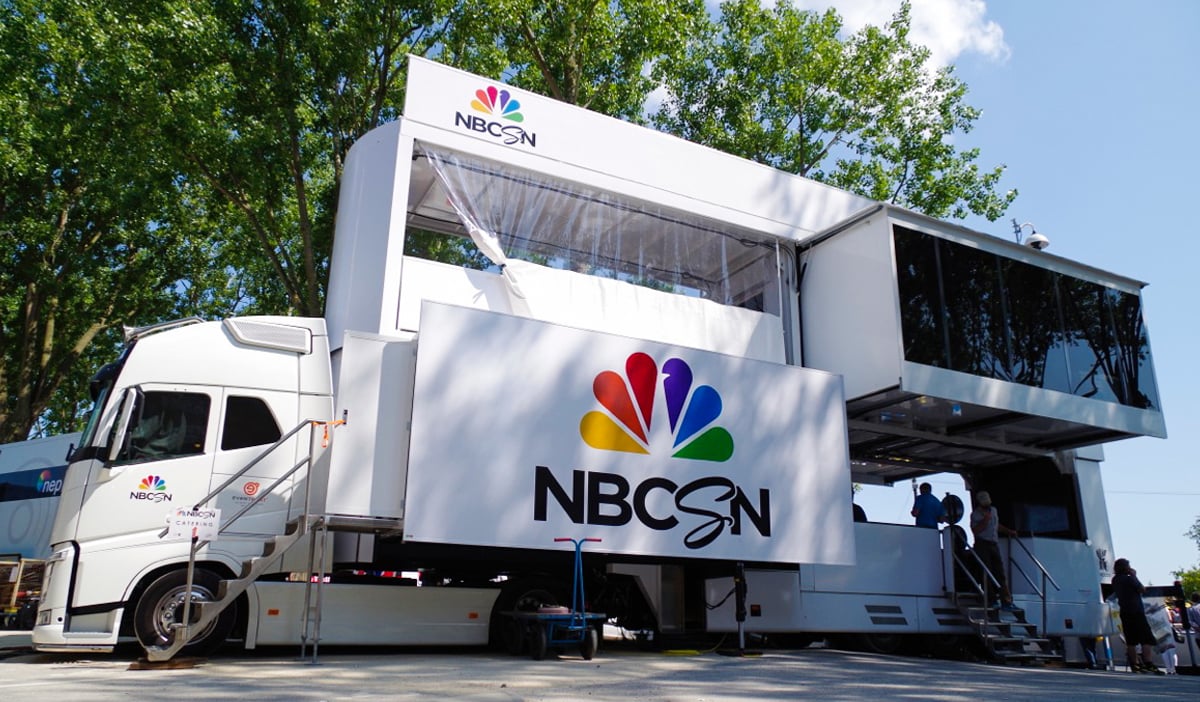 Woods Media, on behalf of NBC Sports, first approached EventRent in 2014 about building a mobile production studio for their live broadcasts from the Tour de France. Together, they conceived a studio design that has stood the test of time as NBC Sports continues to use that mobile studio to broadcast from the route of the famous French cycling event.

The EventRent Mobile Studio can be fully operational on-location in just 1.5 hours!

EventRent’s mobile studio features an office with up to 12 workstations, a coordination room, a make-up room and all of the technical facilities necessary to support live or taped production. Atop an 11-foot high internal hydraulic platform is a camera deck and an expandable, air-conditioned studio with windows that showcase the production studio’s immediate surroundings. 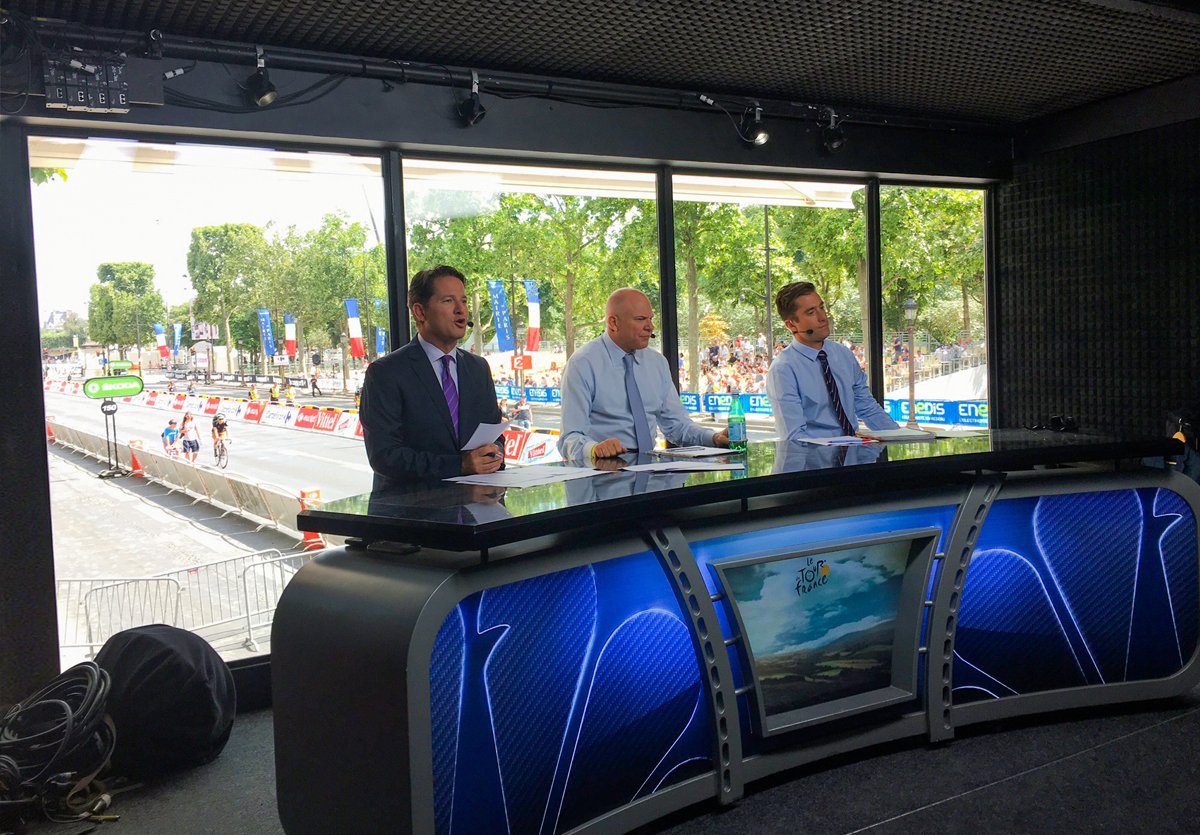 The mobile studio enabled NBC Sports to strategically position their broadcasts at the end of each stage of the race. In order to properly share the live views of the race outside, EventRent and NBC Sports installed RoscoVIEW panels onto the windows of the studio. These panels, when combined with a matching RoscoVIEW filter in the camera, enabled the broadcast crew to fine-tune the exterior exposure of the windows, while maintaining the ambient light inside the studio.

RoscoVIEW is a window control system that features large polarized panels that are engineered for installation onto windows, along with matching polarized glass camera filters. Simply by rotating the camera filter, a production crew can control the exterior brightness inside the windows as seen on-screen. Because the panels and the camera filters completely match, there is no color-shift as the windows go darker. A production crew can even achieve almost a full blackout of the windows, which is a nice option to have on-hand – just in case a rowdy bystander decides to add an “undesirable element” into your background.

If you’ve got an upcoming mobile broadcast need (the Cross Country Skiing or Biathlon events in PyeongChang, for example) then you should contact EventRent and explore their mobile studio options. In fact, they’re currently working on similar studios to broadcast the 2018 FIFA World Cup in Russia this summer. If you’d like to learn more about the window control products that EventRent used in this mobile studio, explore our other RoscoVIEW blogs or visit the RoscoVIEW product page on the Rosco website for product specifications and details.

Captivating RoscoVIEWs From Around The World

It’s Beginning To Look A Lot Like Christmas With Rosco Scenic Products!