A Ballet Of Happy Gobo Shadows

Every summer the city of Strasbourg in France offers a rich variety of activities that attract both its residents and its tourists. This summer’s major event is “Le ballet des ombres heureuses” (“Ballet of the happy shadows”), a light and sound show produced by the Belgian creative agency ACTLD that transforms the historic Place du Château into a dreamlike space through the interplay of light and gobo shadows. Read more to learn how Rosco Custom Gobos helped create their all-enveloping atmosphere of enchantment.

“A captivating atmosphere progressively grows and flies to a wonderfully rhythmic world resonating all around the square, in the heart of the city.” – The ACTLD Team

Inspired by the ancient tradition of the shadow play, ACTLD has turned the Place du Château into a “contemporary shadow theatre.” The façades of the buildings are immersed in ever-changing, multi-coloured light and pattern, which invites the spectators to follow the journey of shadows climbing high landscapes, unhooking the moon, dancing through the stars and crossing the forest of shadows as the spectacle transitions from one scene to another. 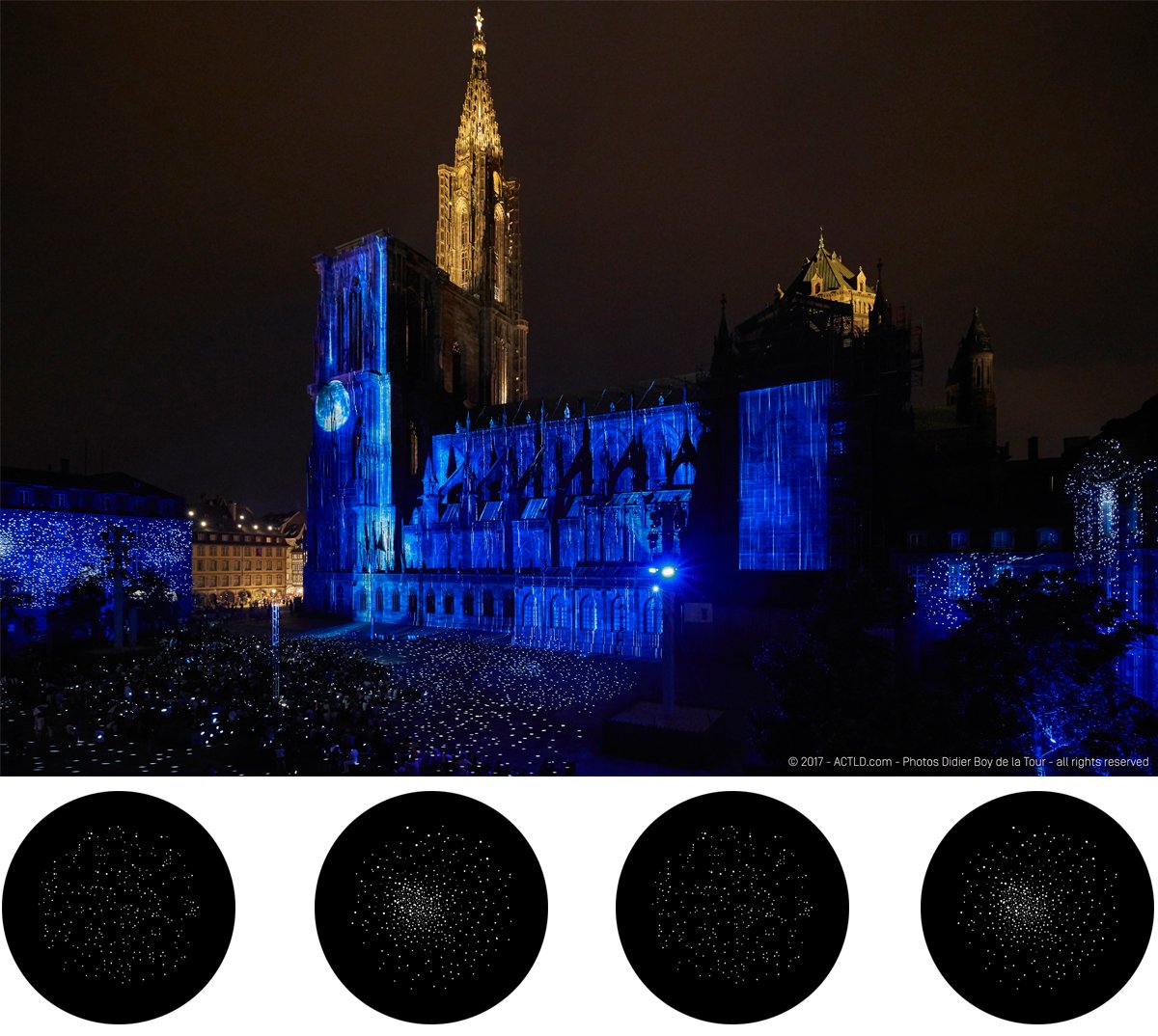 Star gobos projected on the left and right buildings, and on the ground

The lighting design consists of both video and light projections on the façade of the Cathedral of Strasbourg and the entire Place du Château, immersing the spectators in a 360º visual experience while highlighting the architectural richness of the buildings. 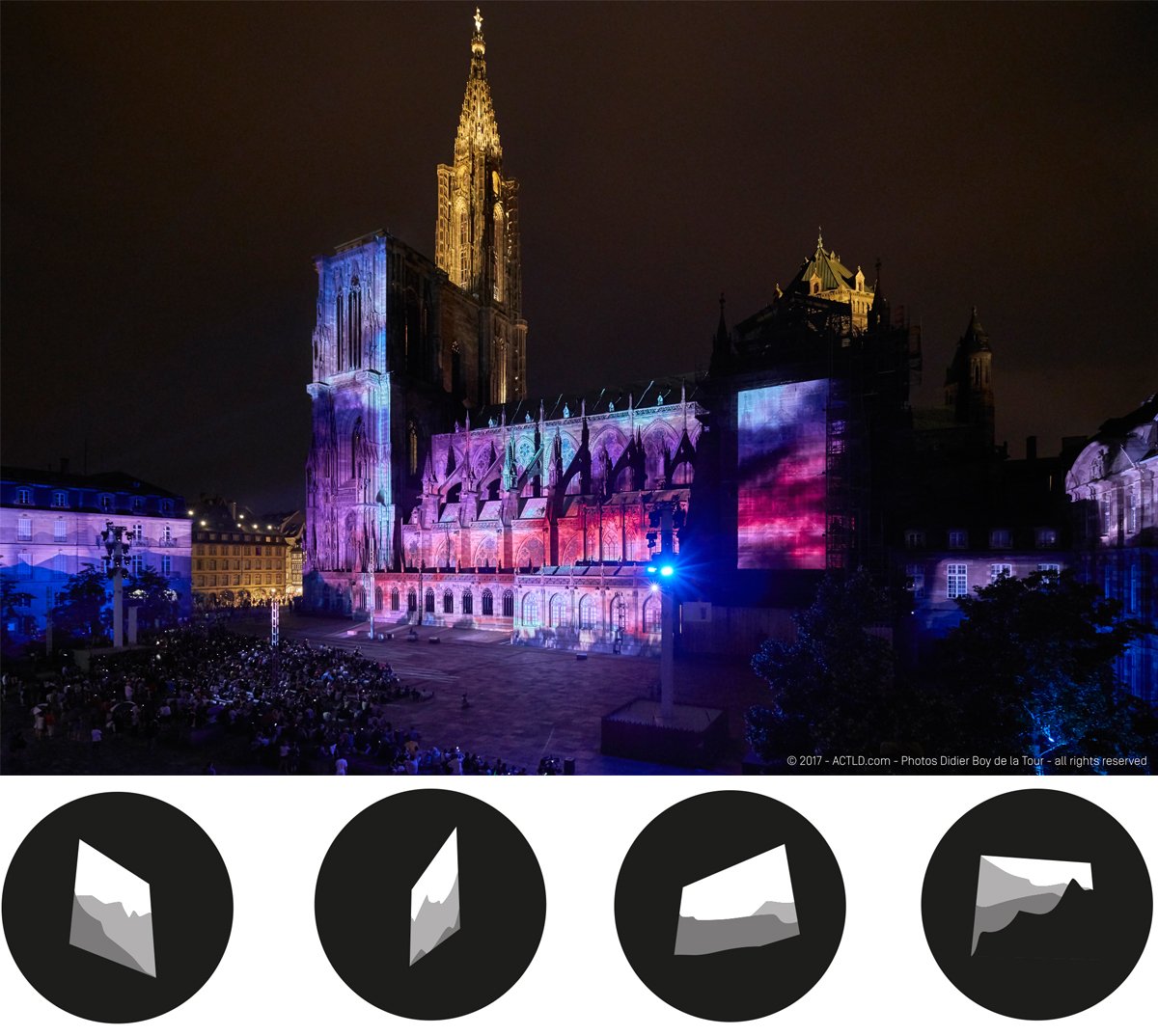 The spectacle is created using 330 Rosco Black and White Custom Gobos, 15 video projectors, 56 moving heads and 14 washes. The gobos were projected on the side buildings and on the ground to create continuity between the lighting effects. 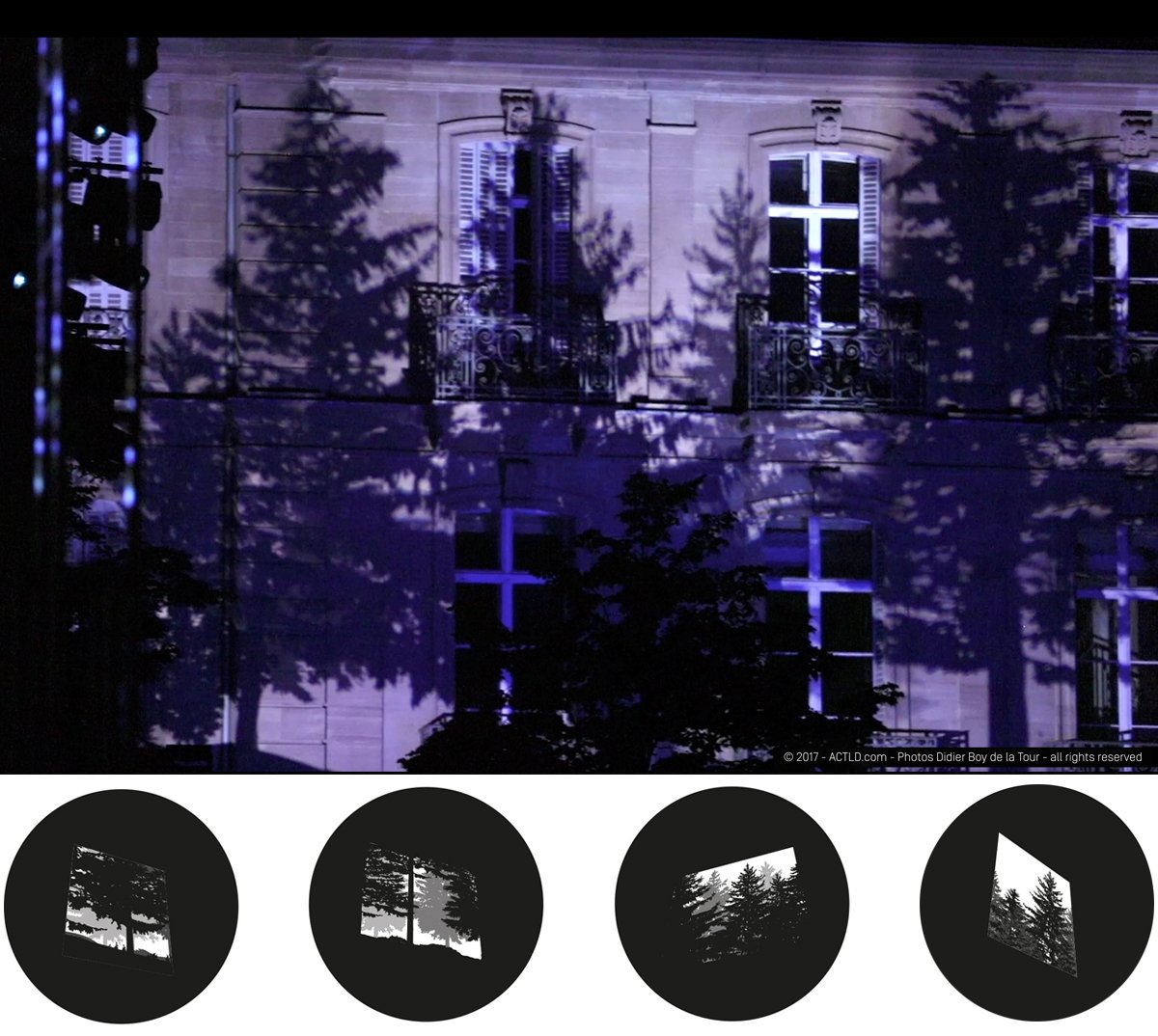 Projected pine tree shadows on the side buildings

Many of the custom gobos needed adjustments to avoid image distortion when projected at an inclined angle onto the ground and buildings. Rosco successfully keystone corrected the original imagery to ensure perfect projection of the gobos.

Koert Vermeulen, Creative Director, and Julie Boniche, Content Director, from ACTLD explain how Rosco gobos helped them achieve their vision: “In close collaboration with Rosco, we developed a contemporary shadow theatre made of 330 made-to-measure glass gobos. The gobos let us achieve a play of shadows and light that creates an immersive experience for all the spectators. It was the most effective way to extend the mapping on the cathedral and achieve a 360º immersion”. Visit the Rosco Custom Gobos Webpage to learn more about the products ACTLD used in this installation and discover how they can enhance your next project.

Shining An Image Spot® On The Hospitality Industry