Award-winning Director and Cinematographer Matt Bendo was recently hired to shoot a branded content short film for Kombat Arts Training Academy – a Mixed Martial Arts training facility near Toronto, Canada. For this short/ad entitled “Legacy,” Matt told us that he hoped to “create a character and story that encompassed all of the philosophies and work ethics that Kombat Arts tries to instill in their students.”

Working with the production company Trepalm, Bendo executed his vision with dynamic lighting effects that were accentuated by haze generated by the Rosco V-Hazer. Below, Matt explains his haze techniques for four key shots of the spot and how the atmospheric haze helped him achieve his filmmaking goals.

The short begins with a boxer watching an old Mohammed Ali fight as the narration speaks about a fire that exists inside of him. The room is a visual embodiment of the passion and determination the boxer possesses. It was important to isolate the boxer in order to intensify his concentration because he needed to appear very focused. Using the Rosco V-Hazer in the scene allowed us to achieve the desired isolation and intensity as the haze created the suitable atmosphere. 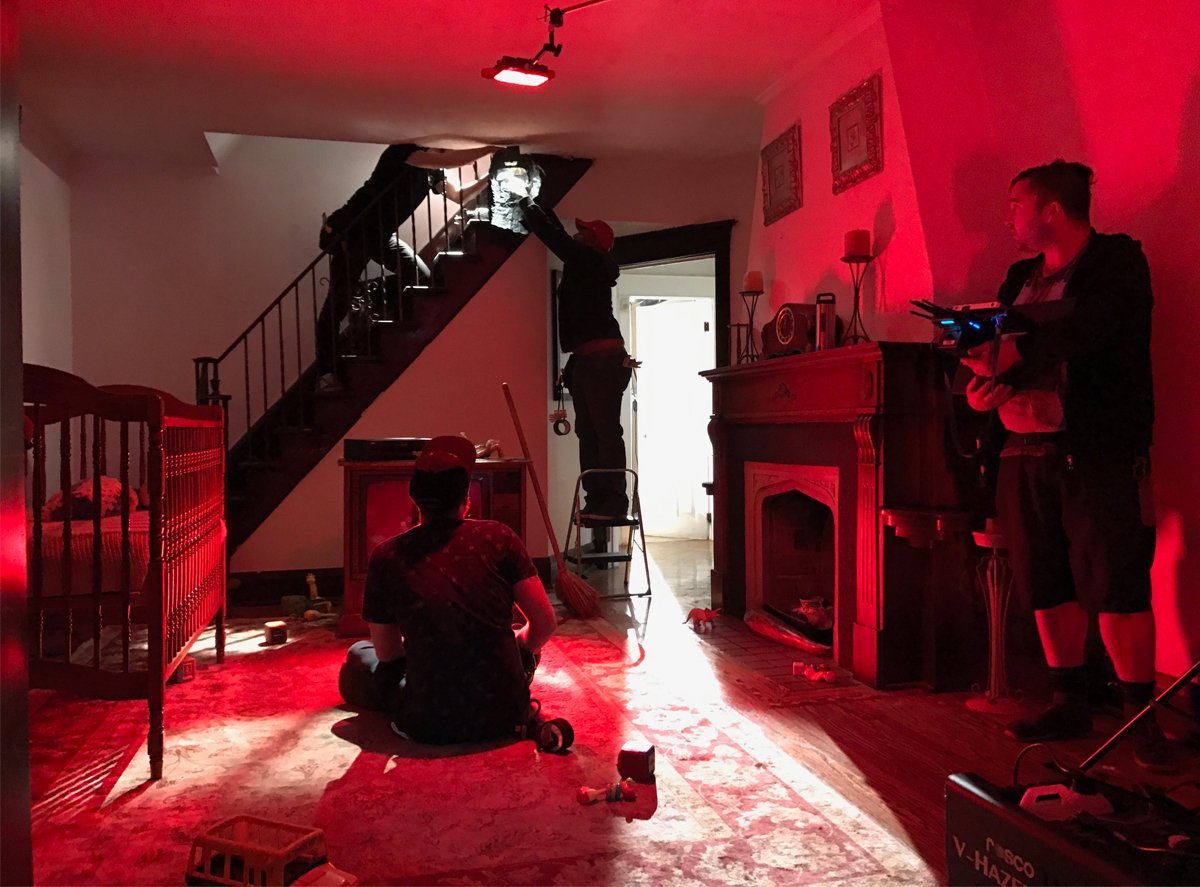 For this shot, we had a light source at the door, a source in front of the TV, a source above the stairs and a source acting as a hair light above the boxer. Without the haze, the sources would have seemed too separated. The haze allowed the sources to blend smoothly into the atmosphere and become a cohesive element alongside each other throughout the scene.

Since the sources were small and different colours, haze was very important. It allowed the sources to be soft, blooming, and atmospheric, yet remain distinct, defined, and individual. The V-Hazer’s easy to use controls allowed us to adjust the haze output level inside of the room until I was satisfied with the atmosphere it created for the scene.

Although we were trying to keep haze levels evenly dispersed throughout the rooms in the other scenes, we wanted to utilize the haze differently for the running shot. We wanted to use the haze as a storytelling tool that allowed us to hide and reveal information. 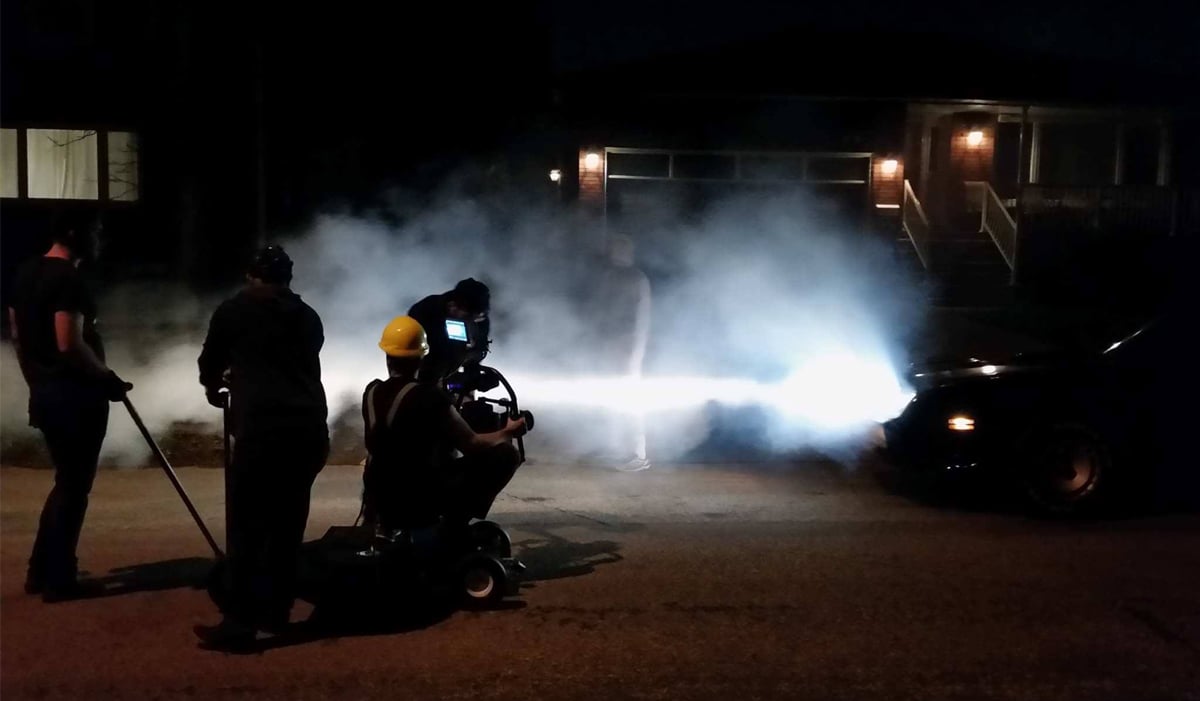 During the outdoor scenes, the Rosco V-Hazer’s dispersion characteristics allowed us to spread and billow the haze with enough output volume to fill the areas. It allowed us to successfully reveal the boxer as he emerged from the haze. 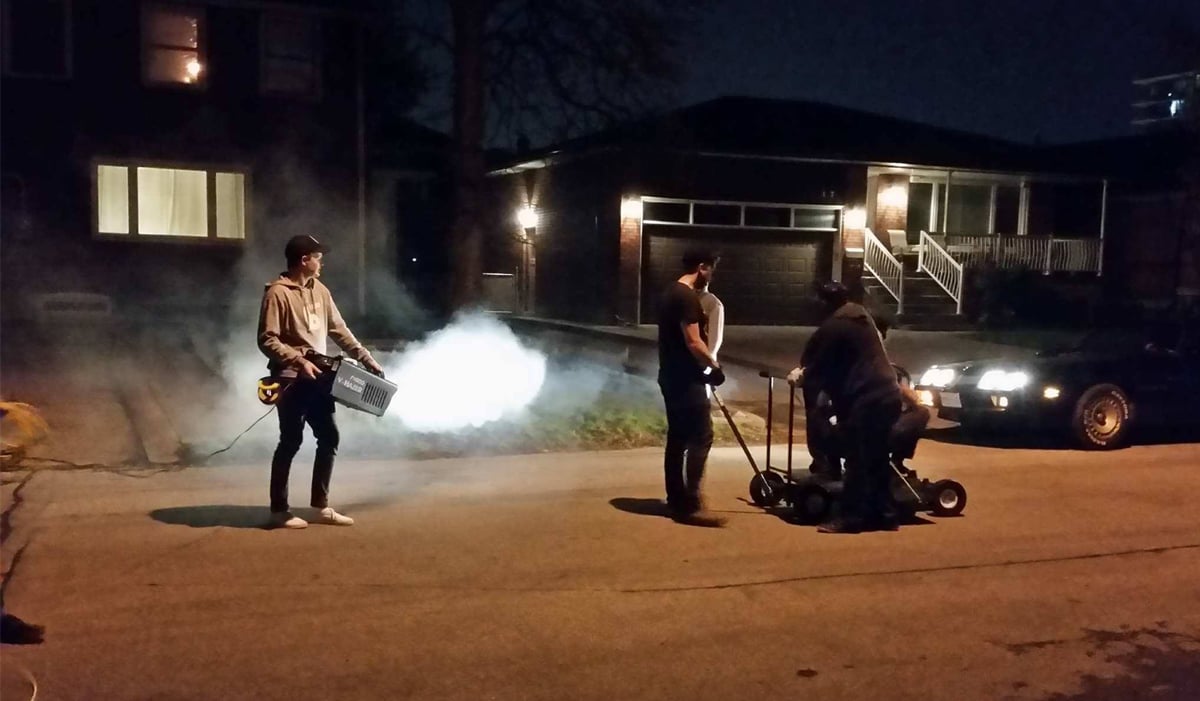 The key light source in this shot is from the car’s headlights. The haze coupled with the headlights generates clouds of illuminated haze, which was necessary in this shot to produce an atmosphere around the boxer. As a result, the boxer emerging through the cloud of haze creates a cinematic silhouette. The distance, directionality, and speed at which the V-Hazer was able to disperse the haze helped to exaggerate the motion in the composition since the hazer was actively streaming haze during the shot.

In this scene, the protagonist and antagonist begin to battle. There is a shift in the energy of narration, which is coupled with a lighting cue. The haze helped to intensify the juxtaposition between the two lighting setups. The haze carries the colour of the light as well as the illumination and causes a large glowing area that covers the ring. Without the haze, the lights wouldn’t have had nearly as large of an impact on the atmosphere.

Before the lighting cue, I wanted to achieve a look that was reminiscent of the Aurora Borealis. The haze allowed the rays of light to become volumetric and discernible when the light was animating contributing to a sense of wonderment. 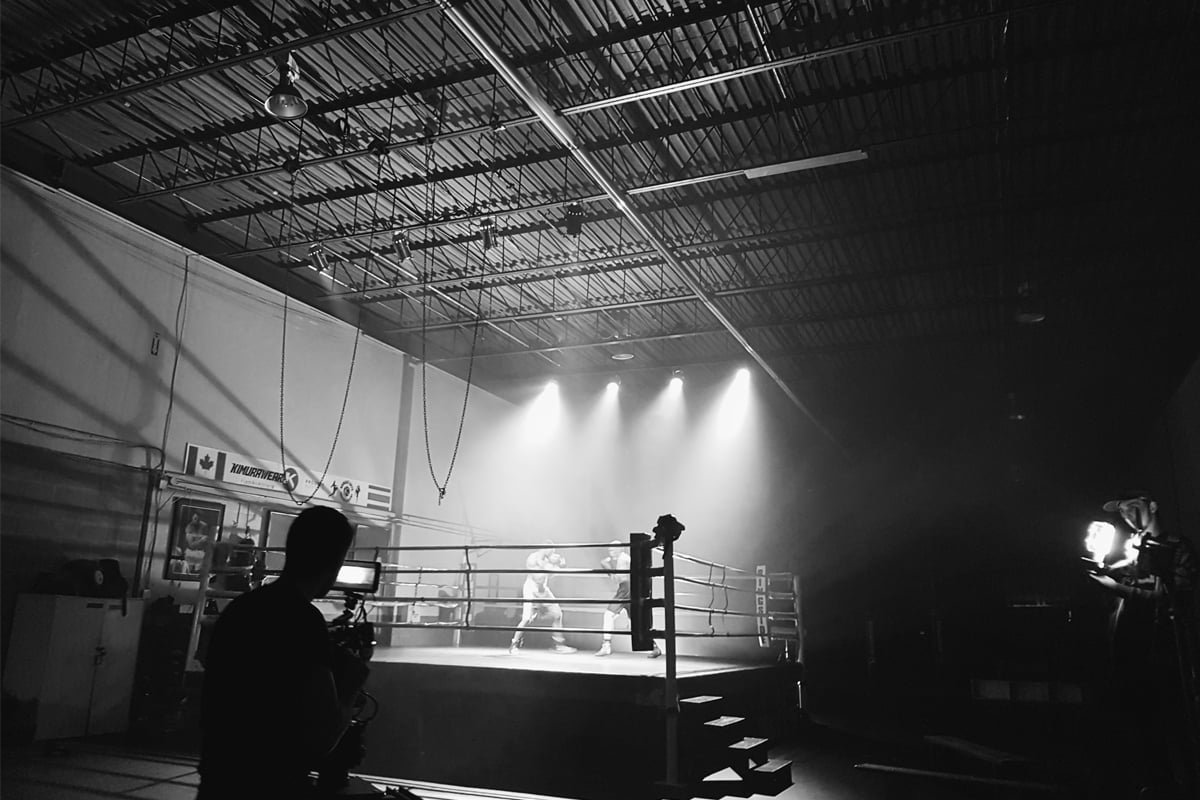 The Rosco V-Hazer was capable of high volumes of haze. The dispersion was very directional as well, which allowed us to stream haze into the areas we intended. We were able to fill a very large area quite quickly and evenly.

The boxer in this scene gazes at his child. He is reminded that he fights for something greater than himself - his family. It was important to draw attention to the two main light sources in this shot since they highlight the main subjects. The relationship between the crib and boxer is important. The haze causes the highlights from the windows to bloom, which causes a dream-like aesthetic. Everything seems surreal and the visual relationship between the two characters is accentuated. The rays on the far left are volumetric. The light is visibly carried from the boxer toward the crib, helping guide the audience’s eye. The crepuscular rays yielded an aura around the boxer that gives the scene an angelic or blissful aesthetic. 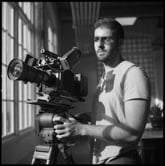 Matt Bendo is an award winning Cinematographer and Director based out of Toronto, Canada. Commercial credits include Coca Cola, Coors Light, Campbells, Pampers, Jack Daniels, Canon, Sunwing Airlines, Honda, and Microsoft. In April of 2017, Matt Bendo received the CSC Award for Best Cinematography in Branded Content at the 60th Annual Canadian Society of Cinematographers Awards for his Lamborghini commercial entitled "Storm." He is the youngest person to win this prestigious national award.

To see more of Matt Bendo’s work, visit his website: www.mattbendocinema.com. To learn more about the product he used to enhance his “Legacy” Kombat Arts ad, visit the Rosco V-Hazer product page.

Working Behind-the-Scenes to Support Behind The Scenes