A key element to Todd Rosenthal’s scenic design is the 60’W x 37’H mountain background that he specified to look like crinkled paper. In the end, Kat and her crew created two individual, large-scale papier-mâché backdrops. Each backdrop was painted in different shades of blue to create the illusion of distant mountain peaks. Kat Conley shares their full technique below: 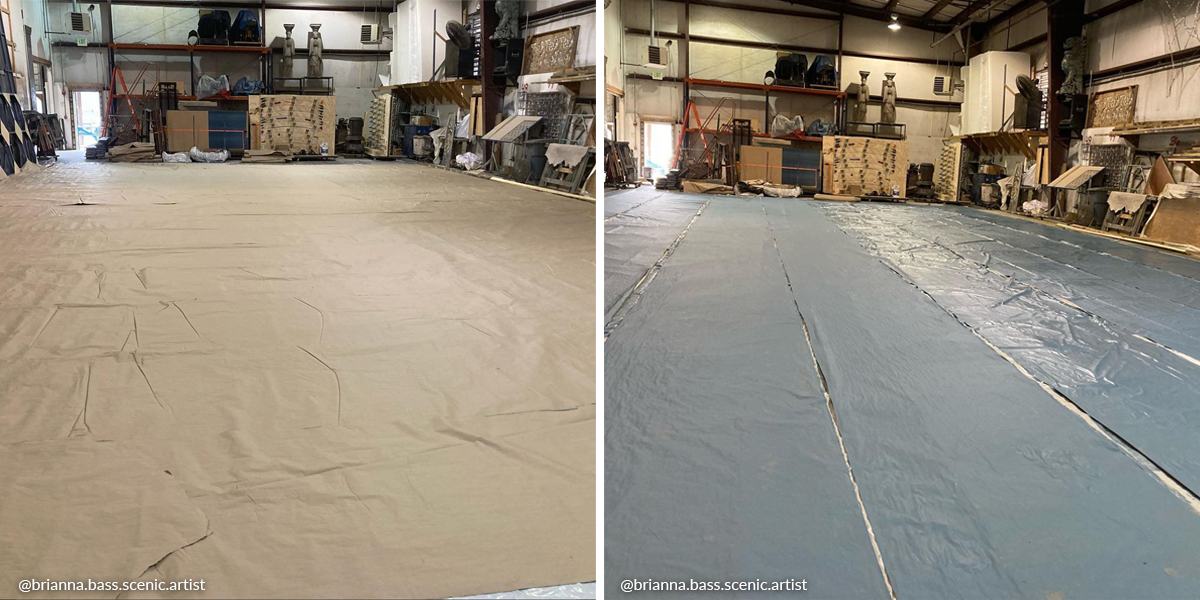 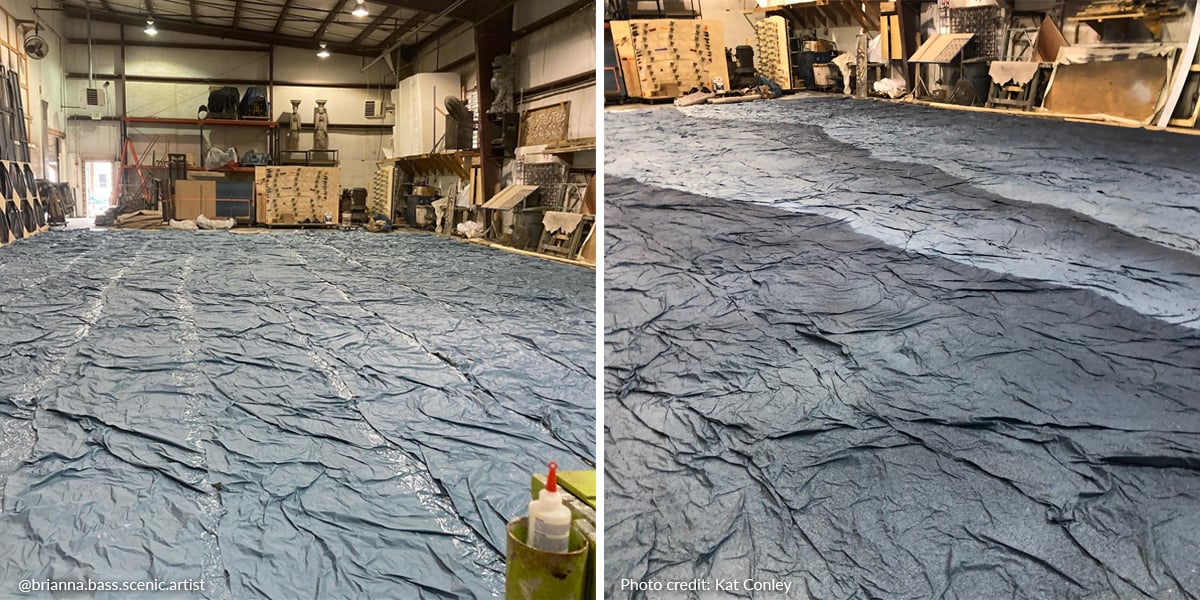 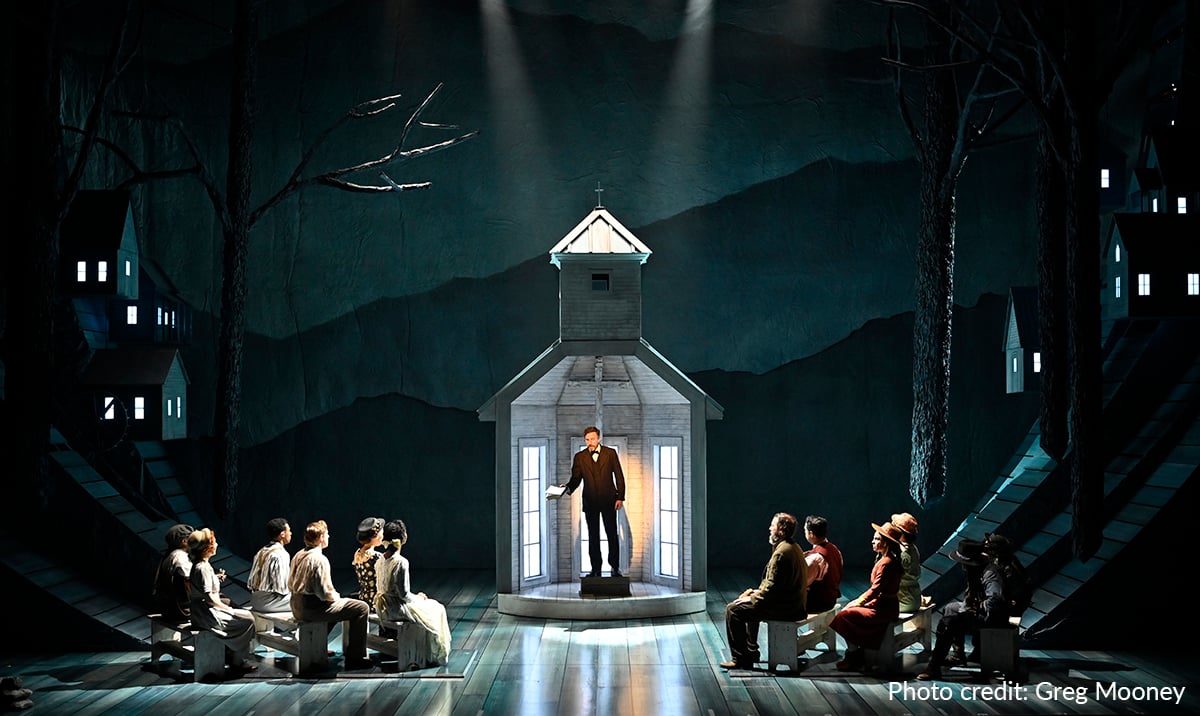 Large tree trunks that were suspended in midair were another element of Todd Rosenthal’s set design that Kat and her team had to create. They ended up using a very similar papier-mâché technique to create the three-dimensional tree bark on the trunks. Kat explains more below: 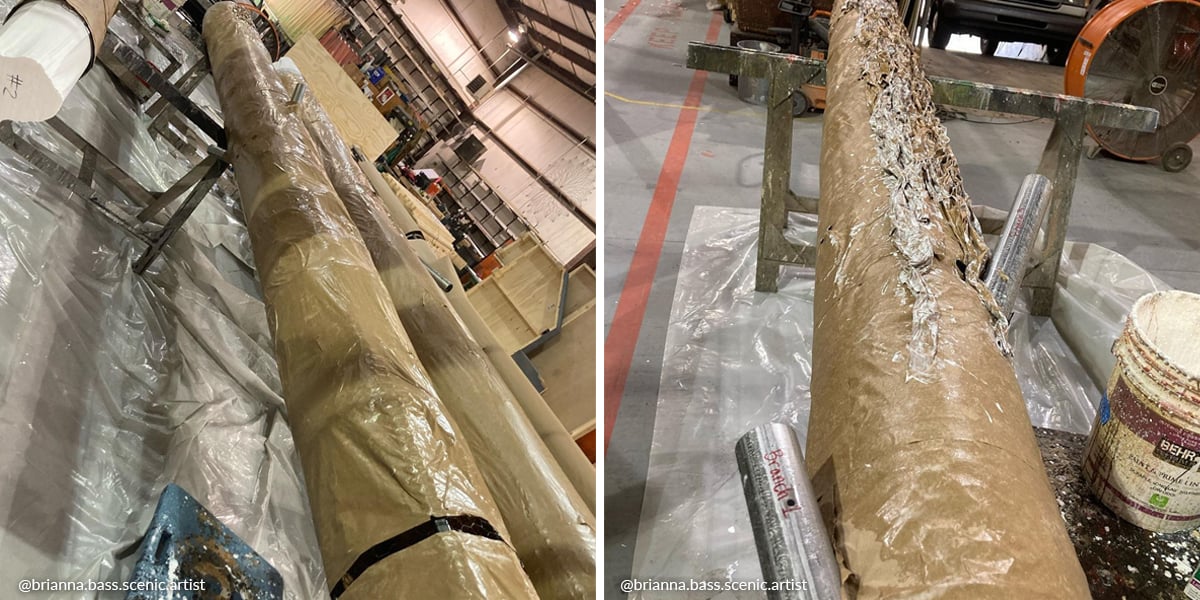 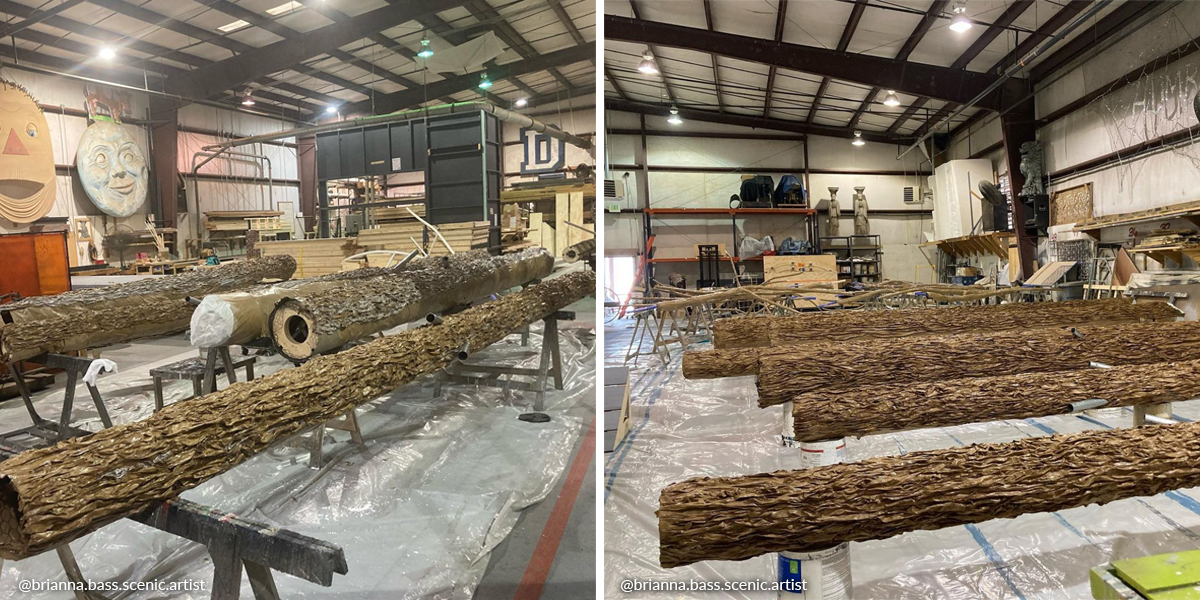 When it was all said and done, Kat Conley and her team effectively
brought Todd Rosenthal’s bold and textured set to life! Kat told us they ended
up using:

To learn more about the coating product that Kat, Brianna, and the rest of the scenic art crew at Alliance Theatre used to create their large-scale papier-mâché scenery – explore the FlexBond product page on the Rosco website.

Working Behind-the-Scenes to Support Behind The Scenes

ScenicG – Painting Workshops For Everyone