Oceans of words have been written about Tharon Musser, her beginnings at Yale, her first success with José Quintero’s Long Day’s Journey Into Night, her work with the Michael Bennett-lead “dream team,” her three Tony awards, her introduction of the computerized console on Broadway, and the small army of Tharon Musser assistants that are now successful, professional lighting designers. There had been a titan or two before Tharon, such as Jean Rosenthal and Peggy Clark, and there were several successful contemporaries – but only Tharon was “the Dean.”

Like most theatre designers, TV lighting directors and DPs she knew Stan Miller and had used color correction blues on more than one of her Broadway shows. When it became my job to add her to the list of lighting designers with whom I discussed color I was petrified because of her fame, her insistence that people should know how to do their jobs and her candor. When I finally worked up the courage to call, she politely told me that she was very busy but that she would get back to me. Naturally, I thought that I had done something wrong and that I’d blown it. Three months later, however, I distinctly remember the Rosco receptionist telling me: “Margie - It’s Miss Musser for you.” It was a long phone call and the beginning of a fruitful relationship, at least for me.

When I called on Tharon, stage lighting technology was changing – lamps were hotter and like most designers, she had her favorite Roscolene colors that needed reformulating into the more heat resistant base of Roscolux. She needed to make sure that her hit shows – the ones that were always in production, like A Chorus Line – had the same color consistency. Together we created several Roscolux colors, including: R56 Gypsy Lavender, a tribute to the dancers in “The Line,” R05 Rose Tint, a historic color from across the Atlantic, and R96 Lime, an almost dayglo Roscolene color that Tharon used in the Neal Simon trilogy that began with Brighton Beach Memoirs. The tradition of working with Tharon Musser to create new colors continued after I stopped calling on her – notably, R365 Tharon Delft Blue.

Everyone wanted to please Tharon – she inspired that in people because she was such a consummate professional. She was a star, and if you were able to give her something useful a little bit of that stardust fell on you. For example, when we had a formulation change in a color, I kept a supply of the old color filter under my desk just for her so that she never had an unpleasant surprise. I also remember a time where we had decided to discontinue a color at the bottom of the sales statistics. The phone rang almost immediately after the announcement. It was Tharon informing us that we had just axed what was to be a fundamental color in Dreamgirls. Needless to say, the color was restored. 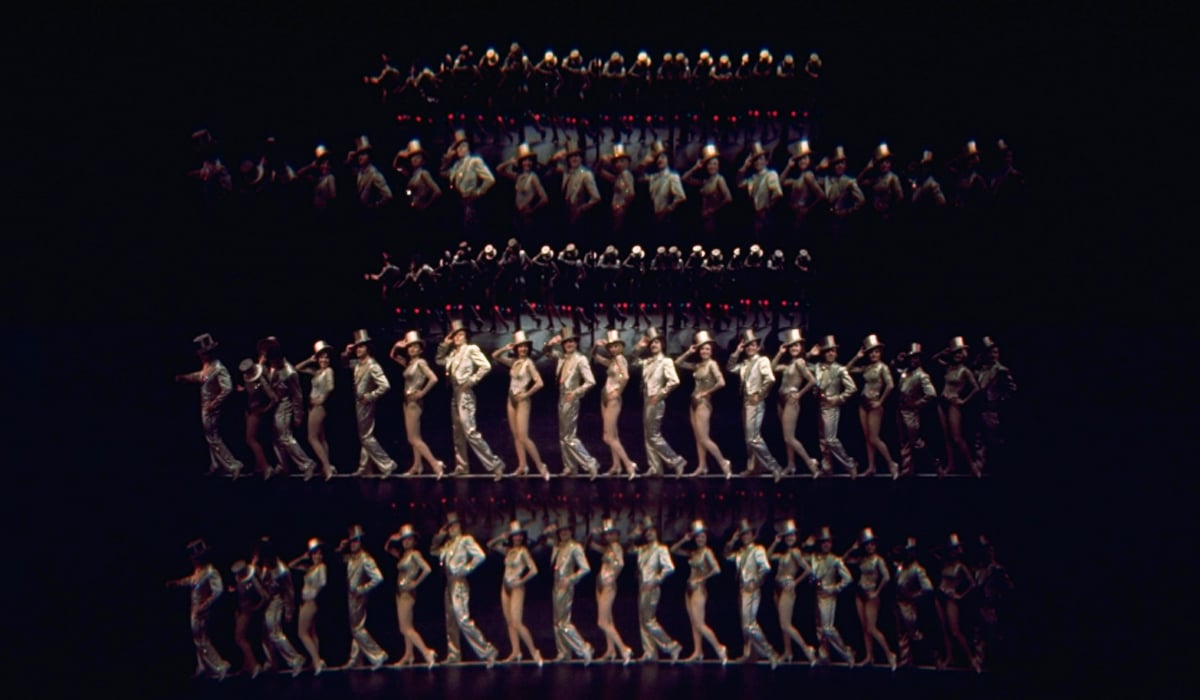 Several years ago in Florence, a lighting designer friend asked me to take a look at the original light plot and paperwork for A Chorus Line that she was about to light for an Italian company. The rights had just released and there was even an accompanying letter from Tharon that explained some of the thinking behind her design, the influence of Mondrian and how it was imperative to keep the beam shapes clean which worried my friend since ellipsoidals were still a rarity in Italy and front light almost nonexistent. Tharon’s words were so convincing that the designer did everything possible to make her lighting fulfill the role that Tharon had envisioned, probably spending more than the producers would have liked. 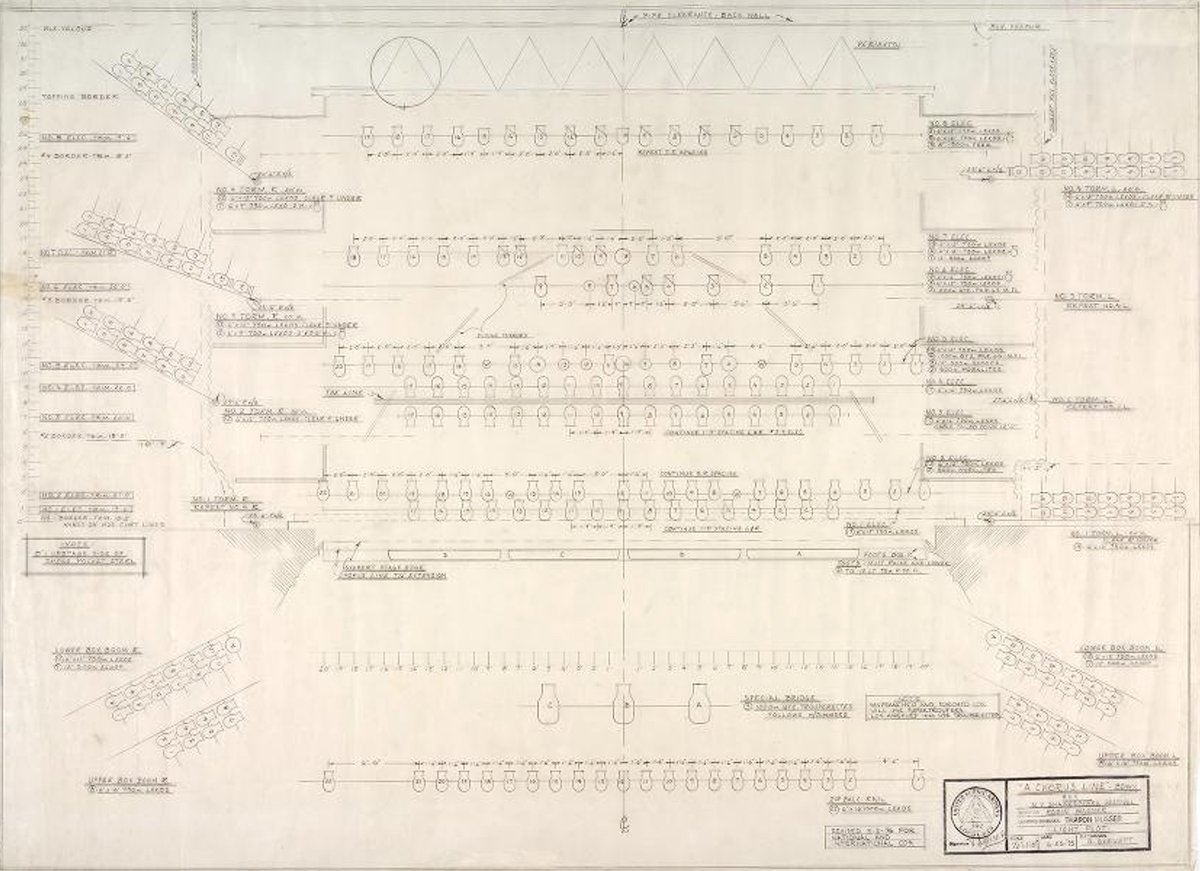 "A light plot is not a light plot until it has coffee stains and cigarette burns on it"  - Tharon Musser. Image of Musser's A Chorus Line light plot courtesy of the NYPL & The Lighting Archive's Theatrical Lighting Database.

She often said that sometimes designers specified too much equipment and just made “mush” on stage, or what she called “supermarket lighting.” “You don’t see a point of view on stage, just mush.” She believed in solving the technical problems at her drafting board – not by adding a lot of equipment to cover mistakes. On the subject of color, about which we had many discussions, she wrote in a brochure that we prepared, “it has to look right - -it has to reflect your taste. If the color doesn’t look right on stage, just change it.”

One summer, two colleagues and I took Tharon to lunch after a chat in her house on Cornelia Street. She was already ill but as opinionated and frank as ever. Afterward, one turned to me and said, “Tharon really likes you!” That is a fond memory that I reflect upon as I think back on the Tharon Musser’s influence on stage lighting, on Rosco and on me.