It’s a fact that the success of Broadway is directly linked to the success of regional production around the world. So, when Rosco Chairman Stan Miller saw an article in this week’s New York Post reporting on Broadway’s Best Weekend Ever, he was inspired to explain why he believes 2016 is shaping up to be a successful year in the entertainment industry.

This week, the Broadway League released a report announcing that during New Year's weekend, the “Great White Way” had its highest-grossing and best-attended weekend ever! There were 38 shows running that weekend, with a mix of long-running and new shows for audiences to choose from. This positive news resonates with all of us in the performing arts - wherever we may be based geographically.

Were it just a record gross, skeptics could shrug it off as simply a result of the ever-increasing ticket prices. But the record attendance means more people actually opted to come to the theatre! Surrounded by the electronic Garden of Eden…. with so many tempting options like smart phones, tablets and gaming consoles…. they chose to leave the house and go to the theatre. This success bred into a full slate of new shows. Expensive new productions that found investors - sophisticated angels who put their money behind these producers. That’s what I find most encouraging about this statistic: people chose the theatre – in record numbers – and sophisticated investors continue to put their money into new productions.

For those of us whose livelihood relies on a steady pace of theatrical production across the country, this report is very encouraging as we enter 2016! 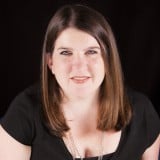