If you said the words blog or blogger back in 2005, the word would conjure up images of a person sitting at a computer in a dark room illuminated only by the glow of a monitor. You know – kind of like this guy: 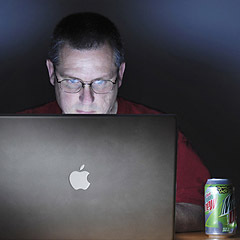 In 2011, the words hold much more potential. Blogs are not only used by teenagers to vent their angst, but they are also utilized by multi-billion dollar corporations like Disney to share some of the inner-workings with their millions of fans. Entrepreneurial spirits have even found a way to turn the blogs they created to express and share their passions into successful business ventures with hundreds of thousands of readers. You know – kind of like this guy:

Meet David Hobby, founder of www.strobist.com – a blog dedicated to lighting for photography. The spirit of David’s blog is to instruct his readers on how to light their images using speedlight strobes (hence the name Strobist™) along with low-cost modifiers like Rosco gels to augment the light.

Strobist.com has taught millions of photographers around the world how to better use light in their imagery and receives about 100,000 page views a day, from more than 300,000 photographers a month, from nearly every country on the planet. So when David wields his ‘gigantic internet gun’ at something, the effects are quick and strong. We put David's powers to good use in the fall of '09 when strobist.com launched The Strobist Collection - a gel kit containing the colors he recommends most, in the speedlight size they need it and at an affordable price. 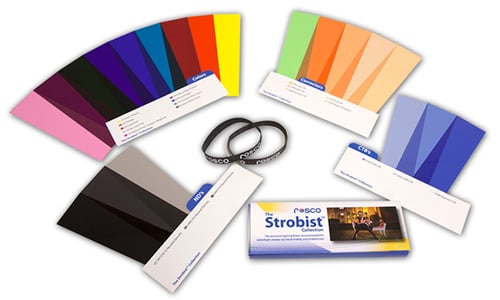 Since then, The Strobist Collection has become our most popular gel kit. Hundreds of thousands of these Flash Packs have been manufactured and shipped out the door to Strobists all over the globe!

What started off as a way for David to write about his passion – photography lighting – has turned into a business for David who has a selection of hand-picked sponsors to fund the site. The popularity of Strobist.com has been noted in national publications such as USA Today, Slate.com and it was even named one of Time Magazine's best blogs of 2010. 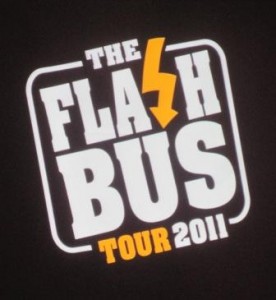 David also just concluded a nationwide tour with Photographer Joe McNally called The Flash Bus Tour where he and Joe taught their photography techniques to the masses inside filled-to-capacity convention halls around the United States. I got a chance to see David in action when The Flash Bus Tour rolled through Minneapolis – along with 350 MN-Strobist photographers that packed the sold-out event. 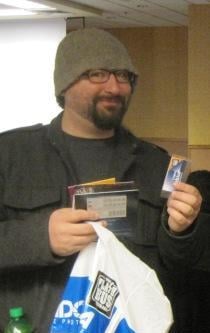 A Minnesota Strobist shows off his Flash Bus Tour Swag - including a Mini-Strobist Gel Kit.

The presentation began with David explaining how his approach is like a pot of soup and how each element is an ingredient. He would begin by showing the finished soup - the final composed image. From there he would show the original shot/location, followed by a series of images that demonstrated the addition of one ingredient/element at a time to illustrate how he arrived at the final composition. 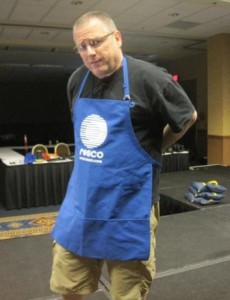 Chef Hobby ties on his Rosco Apron and prepares to go to work.

He also shared how he works with the subjects in his photos. "Guys focus on the gear and the tools to capture the image, but women focus on the relationship with the subject - and their images are better because of it." His story about how the relationship he forged with an opera soprano empowered the two of them to create an image of her serenading him and his camera in the shower was one of my favorite moments of the day. 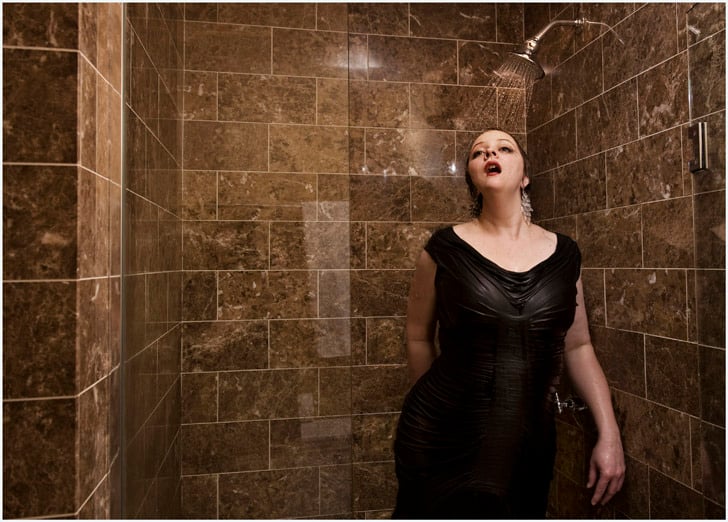 According to David, "The key to a successful blog is generating content that readers will tell their friends about." In his case, it is easy-to-use photography lighting tips. The aspect of David’s blog that make his readers share it with their friends are the setup shots that allow the reader a look behind the curtain to see how the effect was created. People like to learn 'how it was done' – it’s why movie studios generate behind-the-scenes content to help DVD sales. That's definitely part of the purpose of the Rosco Spectrum blog - to give you a peek behind the scenes at Rosco, and we hope you find it interesting enough to tell your friends about it. 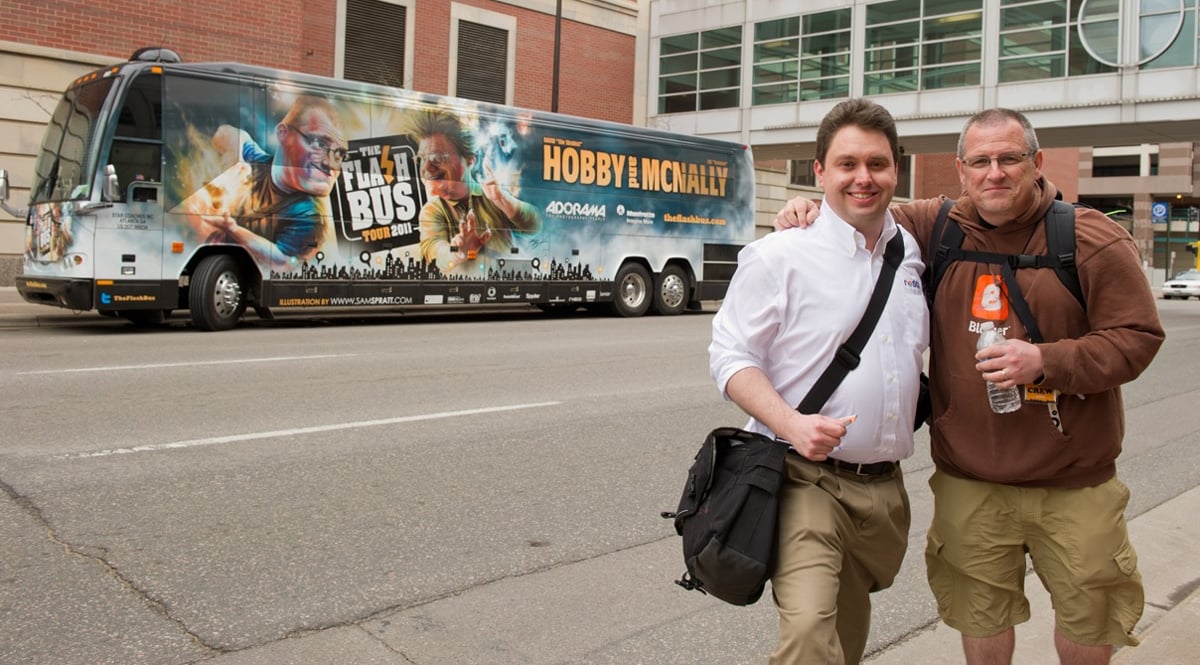 Me with my friend David Hobby and The Flash Bus

If you have a blog that uses behind-the-scenes content to promote your photography, we would love to see it - especially if it highlights how you use gels from Rosco Filter Kits and Flash Packs to color or diffuse the light. Please be sure to tag us in any links or images you publish on social media - we're @rosco_labs on Twitter and on Instagram.

It’s Our 5th Blogoversary We’re Celebrating With Five Days of Prizes For You!