The First 100 Years: The Miller Years

As we enter the final months of Rosco's centennial celebration, we continue to look at the events that influenced Rosco's development and, in turn, shaped our industry. The Rosco as we know it today began to take form in the latter half of Rosco's hundred year history under the leadership of Stan Miller. Read on to learn how he took Rosco from a small shop in a Brooklyn with a handful of employees to the Global operation it is today. 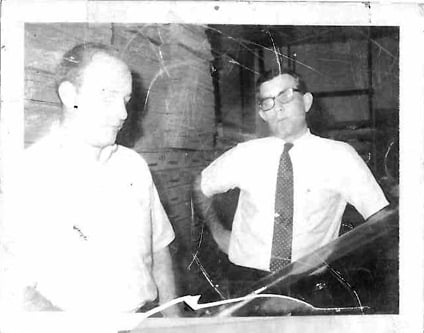 In the mid-50’s, Stan Miller (pictured above on the right) was a salesman for Allied Chemical and Dye and Rosco was one of his customers. At one point, as Rosco founder Sydney Rosenstein entered his seventies, he mentioned that he was interested in selling the company. Miller was comfortable with the sales and technical side, but he had no experience with business and finance. His cousin, Len Kraft, was an accountant and, in August of 1958, they pooled their resources and bought Rosco. Rosenstein’s Rosco Laboratories was now Stan Miller's Rosco Laboratories, Incorporated! 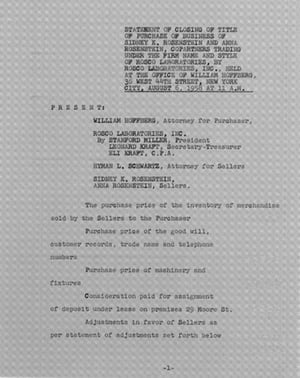 In the early 60’s, Rosco determined that the film industry had needs for filters that were not being served. Stan Miller scheduled regular visits to Los Angeles to talk to camera men, gaffers and grips. To their surprise, Rosco not only listened, but the company responded and developed products that they needed. For instance, productions shooting on location, like the original Hawaii 5-0, were using blue-faced PAR (FAY) lamps to achieve artificial daylight, but the coating would fade quickly. “Booster Blue” and "1/2 BB" were developed so they could get full value out of the lamps as the coating faded. Lighting designer Gil Hemsley decided these were good theatre colors, too. When he specified “1/2 BB” in his opera light plots, he confused theatrical technicians and dealers alike as he introduced color correction to the theatrical lighting community. 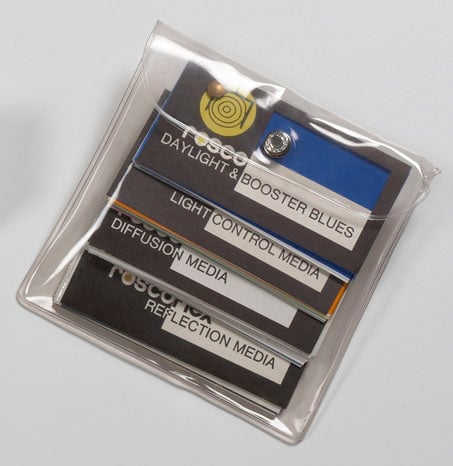 Rosco's product developments for Hollywood, under Mr. Miller's guidance, have earned four Technical Academy Awards:
Cinegel in 1974 for developing a system of color correction filters filmmakers could depend on for accurate results.
Rosco's System of Fog Fluid & Fog Machines in 1984 to provide a safe means of generating smoke for special effects shots.
CalColor in 1998 offers filmmakers a system of pure primary and secondary color densities for additive & subtractive color mixing on camera.
Roscolite Day/Night Backings in 2001 gives Production Designers and Art Directors an easy and fantastic looking way to have background scenery in their sets. Lit from the front gives the filmmaker a daytime look, lit from the back a nighttime look. This product also won a Technical Emmy Award in 2004. 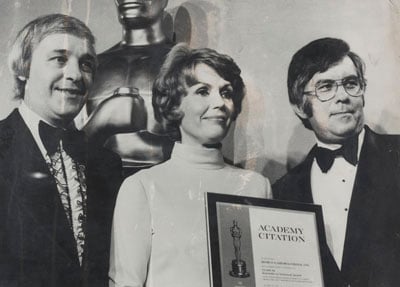 Mr. Miller's work and relationships in Hollywood also gained him a rare Associate Membership into the American Society of Cinematographers.

In the late 60’s, a young designer named Ken Billington assisted Tharon Musser on Golden Boy in London and American DP’s were also now shooting films around the world. Rosco began to realize there was a market for its products outside of the U.S. Richard Pilbrow at Theatre Projects in England agreed that they would represent Roscolene in the U.K. As a designer and director of a dealer & major UK lighting rental house, Richard found the Roscolene colors noticeably “clean”. As the 60’s came to an end, Rosco had strong agent relationships selling its products in the UK, France, Italy, Japan and Scandinavia.

With the development of the ellipsoidal reflector spotlight, a market developed for gobos. Colortran initially offered a range to help promote and sell their new line of Leko's and in 1984 Rosco entered into an agreement to represent David Hersey Associates (DHA) of London in the US. DHA had an extensive catalog of standard gobo designs that Rosco stocked in Port Chester and Hollywood. Designers also regularly requested custom-manufactured gobos for shows or special events. Eventually, the volume of gobo business reached a point where it was no longer possible to service the market with imported products and Rosco set up its own gobo and dichroic manufacturing facility in Austin, Texas with a vacuum depositing chamber (now two), laser and chemical etching capability and a fully staffed team to take and fulfill orders. Rosco Texas continues to be the most well-equipped gobo facility in the world and recently we have fully acquired DHA, and The Gobo Factory, a major producer of custom gobos in Paris, giving Rosco a variety of gobo manufacturing capabilities around the world.

By 1973, a policy of establishing wholly-owned subsidiary companies abroad had begun to be implemented and Rosco Lab, Ltd in London had been established. Over the years, Rosco companies we added in Canada, Spain, Australia, France and Brazil as well as offices in Holland, Germany, Belgium, Italy, Mexico and Tokyo. China is covered by a representative who divides her time between the U.S. and Beijing.

Today, more than 50% of Rosco’s annual revenue is generated outside the United States. 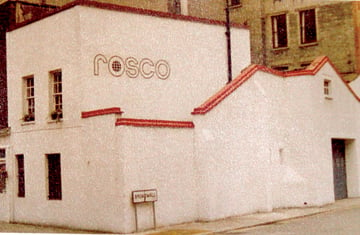 In 2008, we celebrated 50 years of Mr. Miller's leadership at Rosco. Apparently, during all of his travels to our markets around the globe - Stan never left home without his American Express Card because American Express created a video showcasing Mr. Miller's history at Rosco in 2008 as well.

During the gala celebrating Mr. Miller's 50 years of success at Rosco, he officially turned the reigns of the company over to Mark Engel who becomes just the third CEO of Rosco in its 100 years of doing business and he had this to say about Rosco's NEXT 100 years: "We continue to build on our history of leading with innovative solutions to allow creative people to achieve their visions, while creating a compelling Rosco culture. We seek sustainable growth for our employees, our company and our customers. Those are our overarching goals and they represent the vision we share for Rosco."

Mr. Miller is now the chairman of the board for Rosco and the board has exactly one member - Stan Miller. He continues to be very active in the company. As he states in the AMEX video: "Given free time. Given time to do anything... I come here." Believe me - we're happy to have him.

The First 100 Years: From Gelatine to Roscolux

The First 100 Years: From Gel & Foggers To Paint & Rotators - Adding the Rest of the Range