The Face Behind The Spectrum Curtain 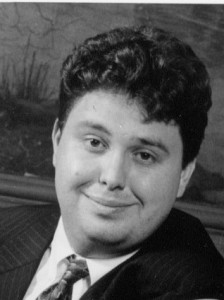 In the coming months Spectrum will share with you stories, images, videos, links and other materials that give you some insight into what makes the gears at Rosco tick.

For those of you who don't know me, I've been with Rosco for over ten years - serving in multiple sales and marketing capacities. Before I came to Rosco I went to school for two years at Casper College in Casper, WY (where I met my fellow Rosco colleague Dave Jungck) and finished up my degree at the University of North Dakota (where I first met the girl who would one day become my wife). 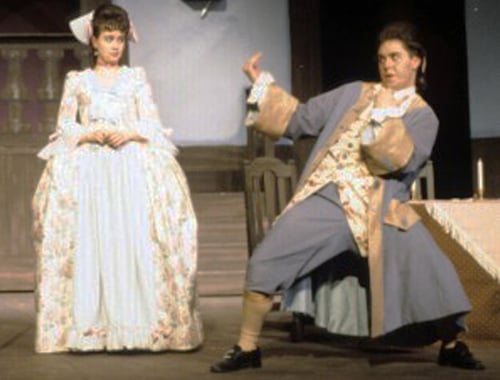 My wife Kim and I onstage in UND's production of She Stoops To Conquer.

My degree is in performance - but while I was in school I made sure to learn just as much about what happened backstage as I was learning on stage. I can act, sing, dance and 'do tech.' I'm a QUADRUPLE THREAT!

I began my Rosco career in the fall of 1999 as the Western Regional Sales Rep. I was based in Los Angeles and covered all of the markets west of the Rockies. Between my travels through my territory and some wonderful Rosco Trips to Finland, Russia and Amsterdam, I made some lasting friendships with Rosco Dealers and End Users. 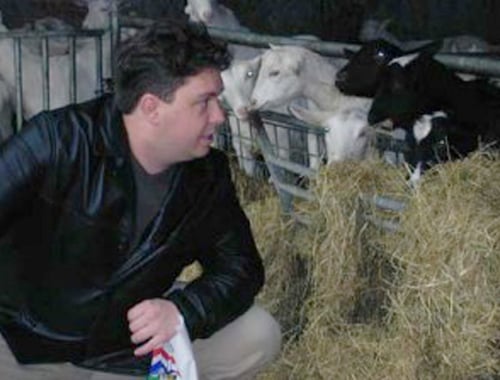 I sold these dutch goats two I-Cues during the Rosco Trip to Amsterdam.

In the summer of 2002 I took on a new role as the Film & Television sales specialist. My bi-weekly travels came to an end and my new focus was calling on film and television sets in the Los Angeles market.

My final role change within Rosco came about in 2005 when I became the Film & Video Market Manager placing me in charge of the maintenance and development of Rosco’s Academy Award winning Cinegel range of color filters. Jim Meyer had been the Cinegel Product Manager for years, so I knew I had big shoes to fill when I stepped into this role. Developing new colors and products for the Film & Television market is a wonderful opportunity to become a part of the Rosco legacy - which means a lot to me.

I work from my home office in Minneapolis, MN with my canine office assistant Ron. 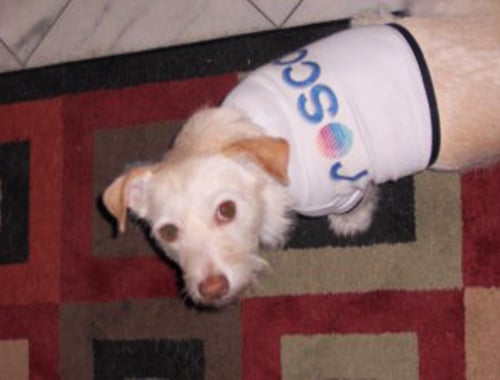 Currently, I'm working on new color filter and green screen product ideas that I'll share with you when they're ready (That's what's known as a teaser). We are also in the midst of publishing some Cinegel videos to our YouTube Channel. We shot three of them, two of which are already posted:

Now that you know a little bit more about me, you have some background into my posts here on Spectrum. I look forward to introducing you to Rosco colleagues, some Rosco history (it is our 100th Anniversary after all) and some bits and pieces we (collective not royal) find inspiring or interesting.

Next up on Rosco Spectrum:

The First 100 Years: The Miller Years

The First 100 Years: From Gel & Foggers To Paint & Rotators - Adding the Rest of the Range