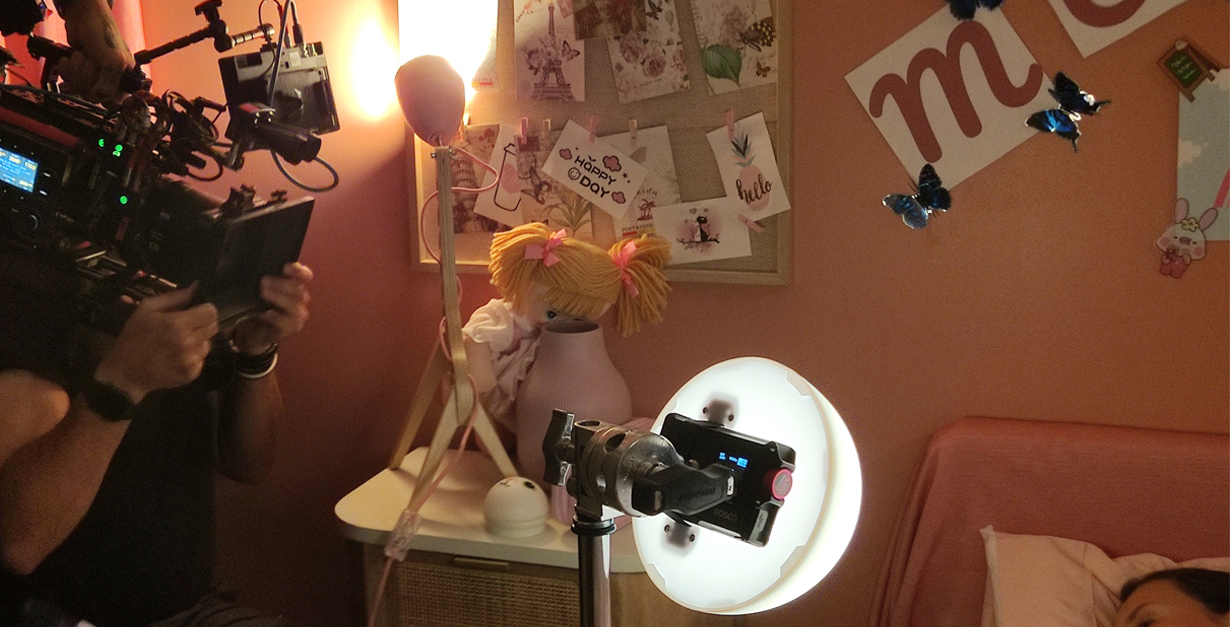 Francisco Izaguirre is a Spanish gaffer who has enjoyed a long, successful career in film, television, and advertising. He has worked on many award-winning films, including Pedro Almodovar’s Los abrazos rotos (Broken Embraces) and Volver, Fernando León de Aranoa’s Un día Perfecto (A Perfect Day), and Agustín Díaz Yanes’s Alatriste. He recently engaged in creating the lighting for two popular television series: Heridas and La caza. Guadiana, and is currently working on the upcoming series Isla Brava. Francisco shared with us how he used DMG DASH – which he calls his “favorite pocket led light for emergencies” - to work out subtle lighting solutions for these recent productions. 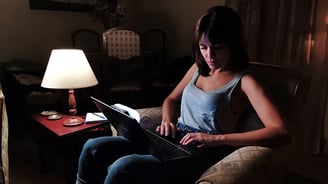 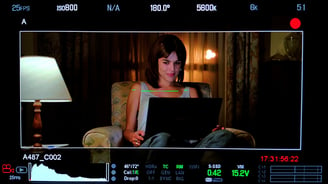 The image above shows Actress Adriana Ugarte looking at her computer screen in a scene from the television drama series Heridas. To mimic the laptop light at night, Francisco fixed the DMG DASH onto the screen using double-sided tape. He set the DASH to 3200K at 10% intensity to provide constant brightness from the darkened screen. Francisco commented that DMG DASH was the perfect solution for this scene because of its compact size and smooth, uniform light.

Because DMG DASH fits just about anywhere, it is often used to light cramped car interiors. For the television series La caza. Guadiana, Francisco placed the DASH inside the upper glove box of a Volkswagen Tuareg. He set the fixture to 4000K at 20% to illuminate Actor Francis Lorenzo’s face with a soft, flattering light.

In the thriller series Isla Brava, a crane was used to transition from an extreme long shot above the crowd into a close-up shot of the leading characters. Francisco mounted a DMG DASH with a DOT Round Diffuser Accessory onto the crane to soften the light contrast as the camera approached the actors.

Francisco also used DASH with a DOT to illuminate several close-ups in the Isla Brava series. In one setup, he used the combo to create stylized lighting on Actor Erik Hayser’s face.

In another scene, he mounted the fixture onto a camera that was rigged on the front of a golf cart. He used the DASH, which was set at 5600K and 50% intensity, to illuminate the driver’s face underneath the canopy.

You can watch Heridas on ATRESPlayer and La caza. Guadiana on RTVE Play. Look out for Isla Brava, when it's released on Vix+ in early 2023.

Bridezillas - Let us hear you roar! Be the first to use our new Design-Your-Own Wedding Gobo web site and you could win a prize from Rosco!