Safwan Harcouss, Lighting Manager of Al Arabiya, said: “We are relaunching with new studios, a new design and, more importantly, taking advantage of new lighting technologies that will take the viewer into the next generation." We were honored that LED lighting solutions from Rosco were chosen to be a part of their state-of-the-art broadcast studio design. 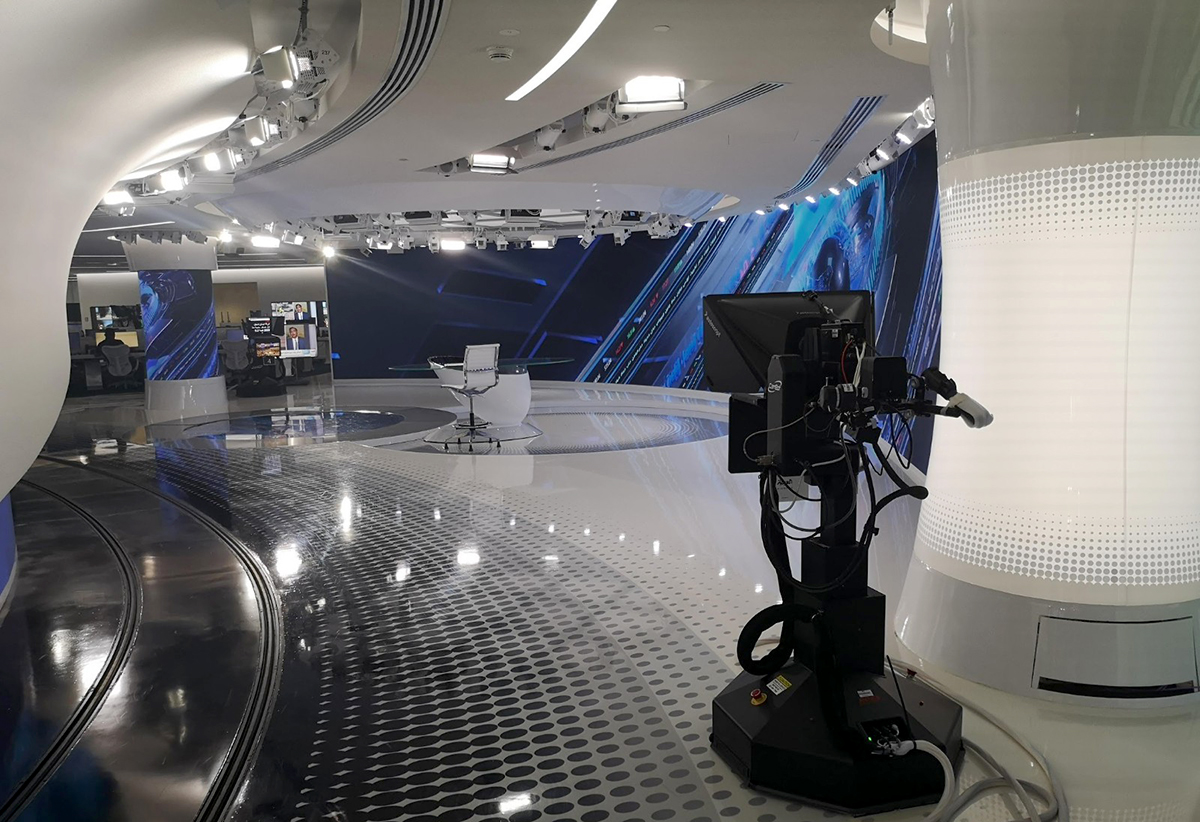 Rosco LED technology is not new to Al Arabiya. Over the last ten years, Al Arabiya has relied on our Dubai-based dealer, Oasis Enterprises, to keep their broadcast studio lighting up-to-date. The System Integration company in Dubai has installed hundreds of Braq Cubes and over 10 km of RoscoLED Tape in some of the largest studio facilities in the Middle East - including MBC studios in Riyadh and Dubai. Oasis Enterprises specified and installed Rosco’s broadcast lighting solutions in almost all of Al Arabiya’s recent designs. Below, Karim Abdel Massih, Lighting Systems Manager from Oasis Enterprises, shared how they integrated 100 Braq Cubes® and hundreds of meters of RoscoLED® Tape into different areas of the new Al Arabiya broadcast facility to deliver a consistent quality of light for their 24/7 news programming. 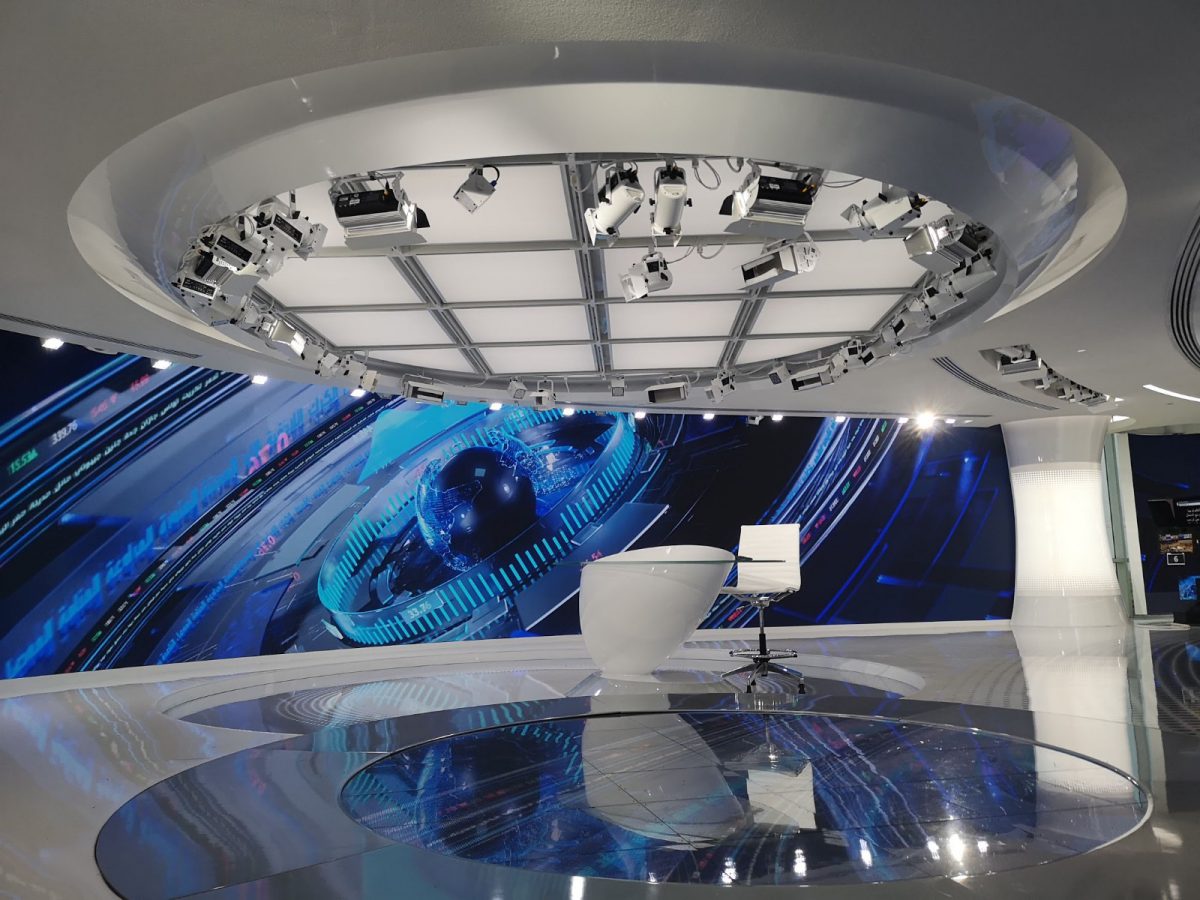 The “Command Center” is the main broadcast area for the Al Arabiya news anchors. It's encompassed by a curved LED video wall and features a concentric circle ceiling design that matches circular patterns on the floor. The overhead ceiling panels are backlit by RoscoLED® Tape VariWhite to provide a soft top light. 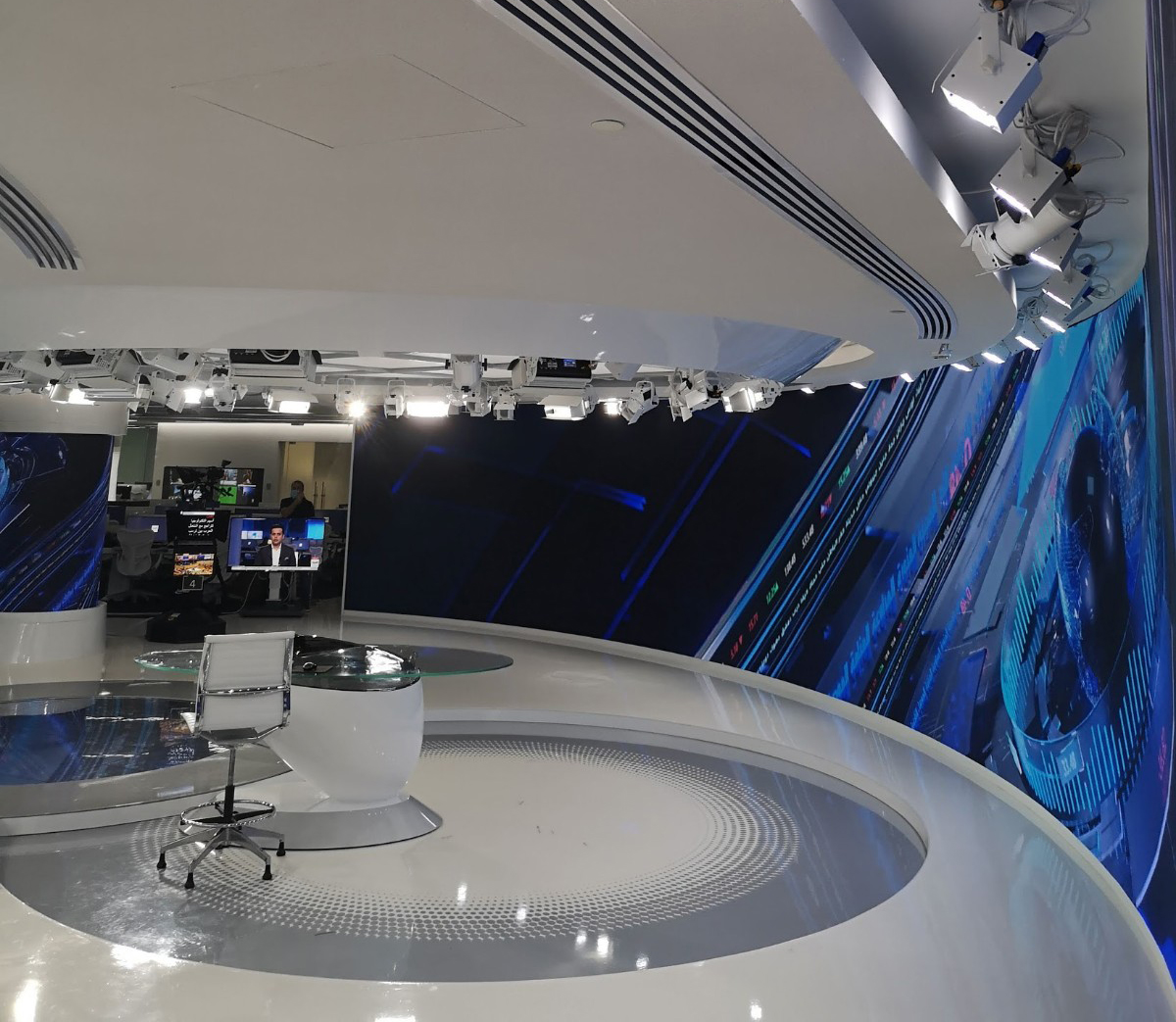 Braq Cube® WNC LED Fixtures were mounted along the internal ceiling ring to provide a high-quality key light for the news presenters. WNC Braq Cubes were also installed along the entire ceiling perimeter to provide light wherever additional illumination is needed in the studio. The Braq Cube’s unique design fit perfectly with the ultramodern look of Al Arabiya’s new broadcast facility. 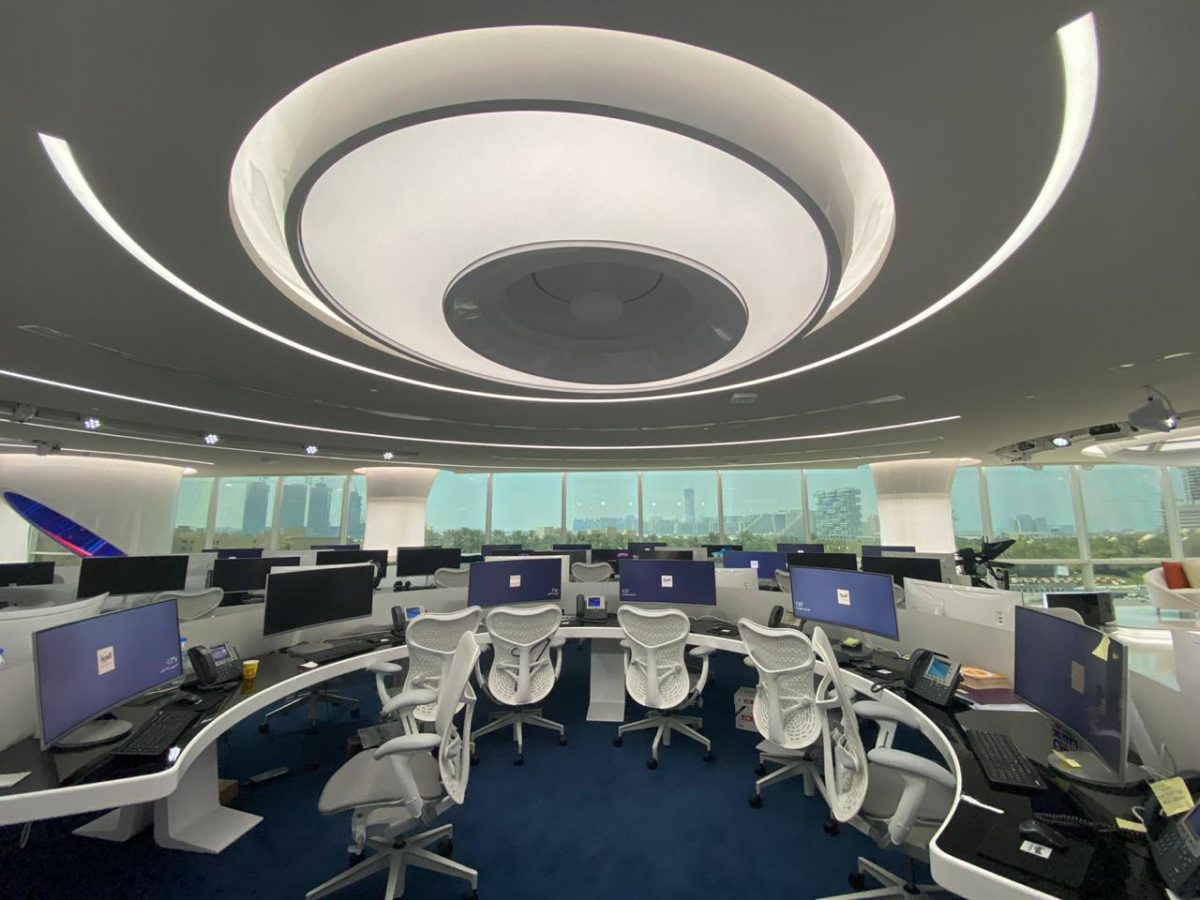 On the opposite side of the curved video wall is a semi-circular editorial space that joins with the Command Center to form a full circle. RoscoLED Tape VariWhite was integrated into curved troughs in the ceiling to illuminate the editorial workspaces. In line with the overall “circular” design of the studio, the glow from the RoscoLED Tape accentuates the ceiling swirl that complements the semi-circular desk layout below. 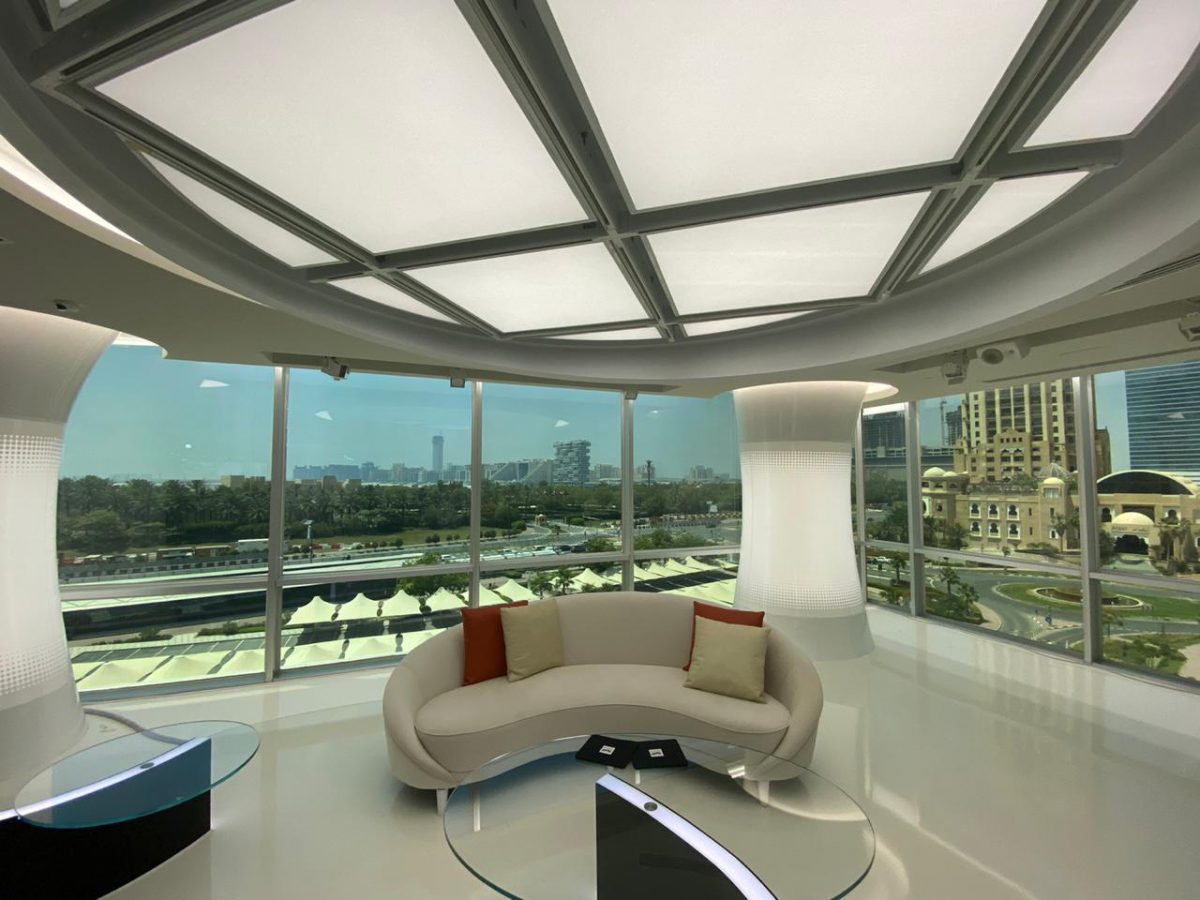 A less formal set was built inside a corner window for discussions and interviews. This set utilizes the tunable white features of Rosco’s broadcast lighting solutions to match the daylight entering through the large floor-to-ceiling windows. The Al Arabiya crew has complete control over the color temperature of the Braq Cube WNC fixtures and the RoscoLED Tape VariWhite that is backlighting the overhead ceiling panels. 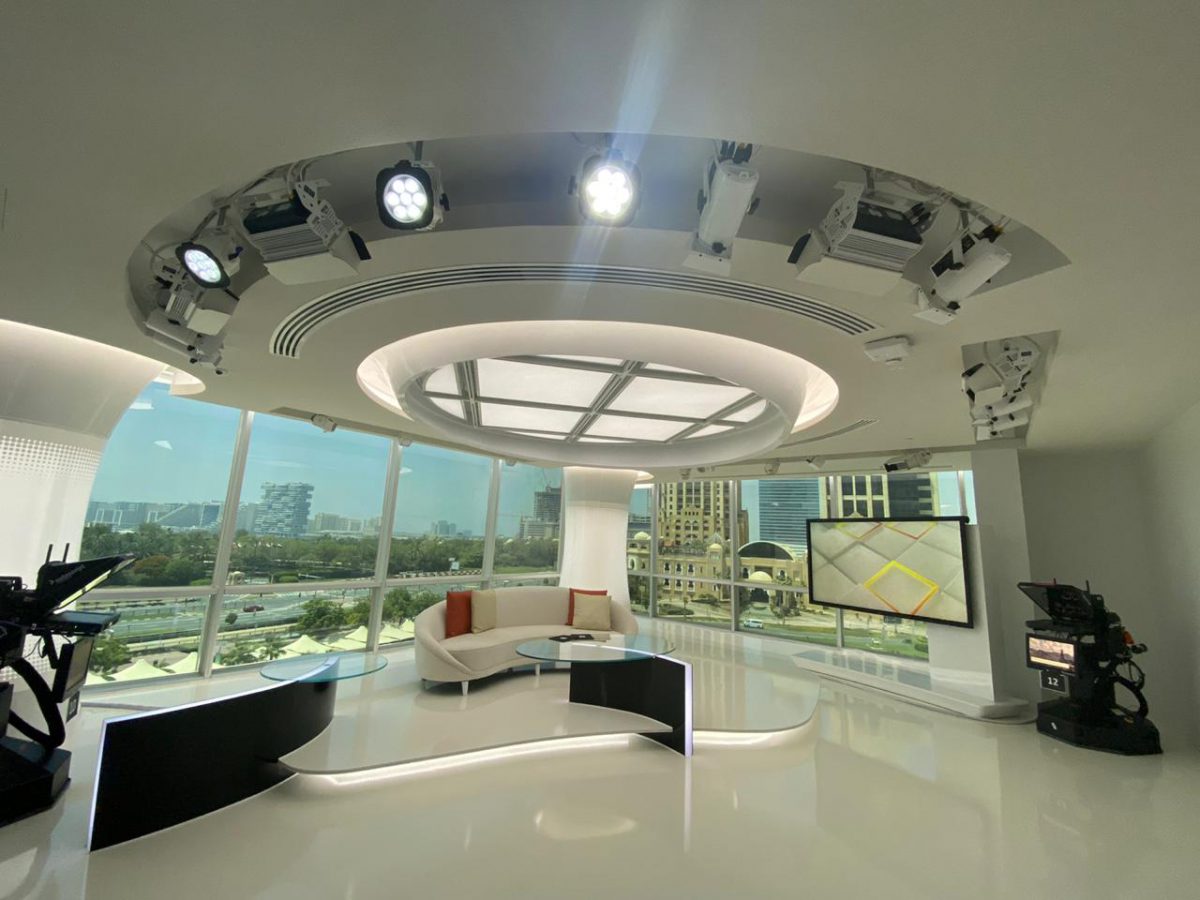 RoscoLED® Tape VariColor was also chosen to add accent lighting into this area of the set. It was used to add glowing illumination to the columns, underneath the main platform, and inside the vertical platform dividers. The color mixing VariColor RoscoLED Tape is also installed inside all of the columns throughout the studio. This enables the Al Arabiya crew to match thematic elements needed for the program they're airing. 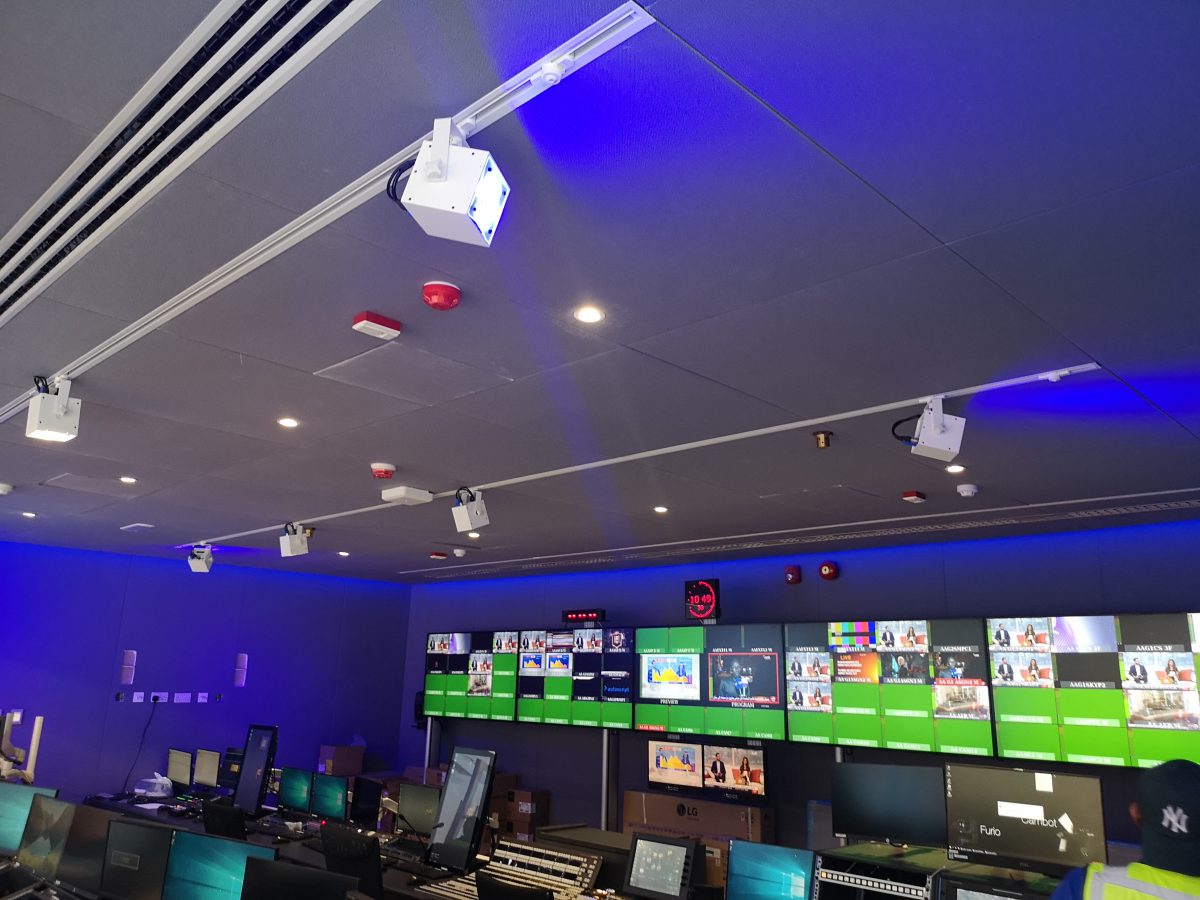 Inside the control rooms, color mixing Braq Cube® 4C LED Fixtures deliver both white and saturated color washes. The lights are mounted in multiple rows on recessed ceiling tracks that provide both power and DMX control. This part of the studio had lower ceilings than other areas. The Braq Cube’s 5-inch (127mm) profile made it the ideal broadcast lighting solution for this low ceiling installation. 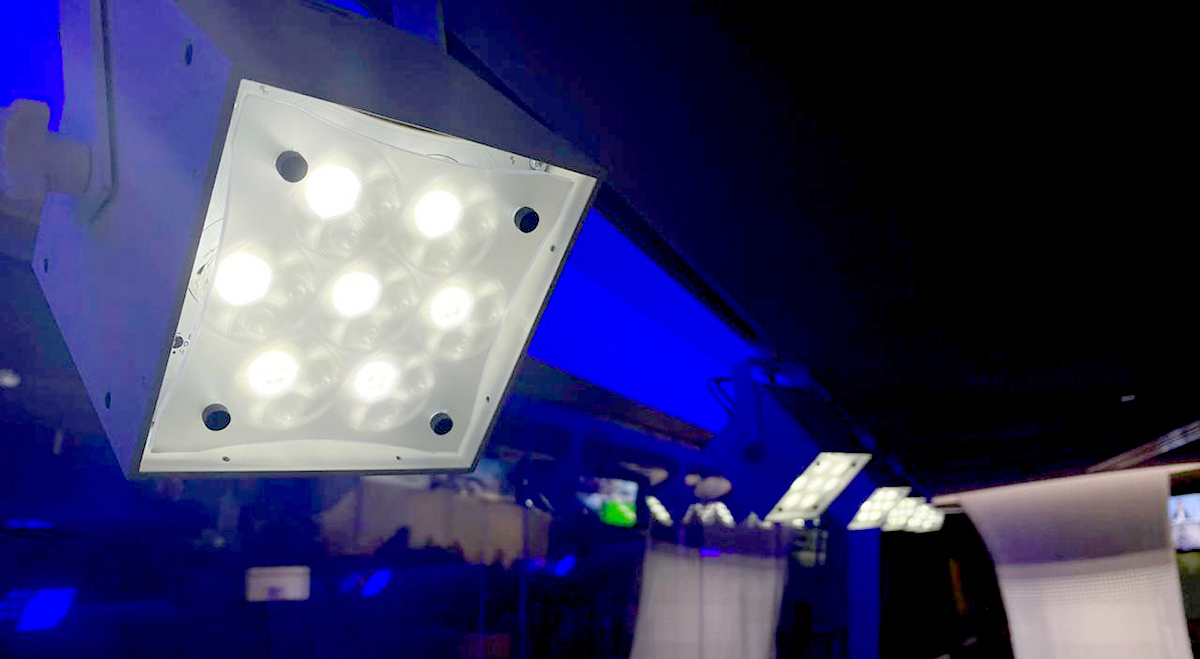 We would like to thank MBC Group for continuing to place their trust in Rosco's range of LED products and for choosing them to illuminate the new Al Arabiya studios in Dubai. Special thanks to Karim at Oasis Enterprises for sharing this great story with us.

Products Used In This Installation

Modern Lighting Inside An Historic Building At HTV Houston