Christie's Auction House recently had an unusually large item up for sale, and its name was Stan. Comprised of over 188 bones and measuring in at 40 feet long, Stan is one of the largest, most well-preserved Tyrannosaurus rex skeletons ever found. The Christie’s design team knew that anyone interested in purchasing a gigantic set of T-rex bones would want to have it on display. This posed the unique challenge of how to convey the magic of having a dinosaur in the building when displaying Stan inside their gallery.

All of their efforts paid off. Stan was purchased quickly by an anonymous bidder for a record-setting $31.8 million, making it the most expensive fossil ever sold at auction. When asked how he lit the 67-million-year-old fossil, Christie’s Lighting Designer Jonathan Talley shared that he used Rosco Braq Cube 4C LED fixtures to light up the prehistoric display.

“The form factor was perfect,” reported Jonathan. “We needed fixtures that would fit into the base we’d constructed, but also needed them to have high-quality light output with crisp, clean colors.” The five-inch (127mm), 100W Braq Cubes provided Jonathan with a fixture that filled both of those requirements. When asked if the Braq Cubes lived up to his expectations, Jonathan replied “Absolutely. We love the punch of these fixtures, and they produce great colors.” 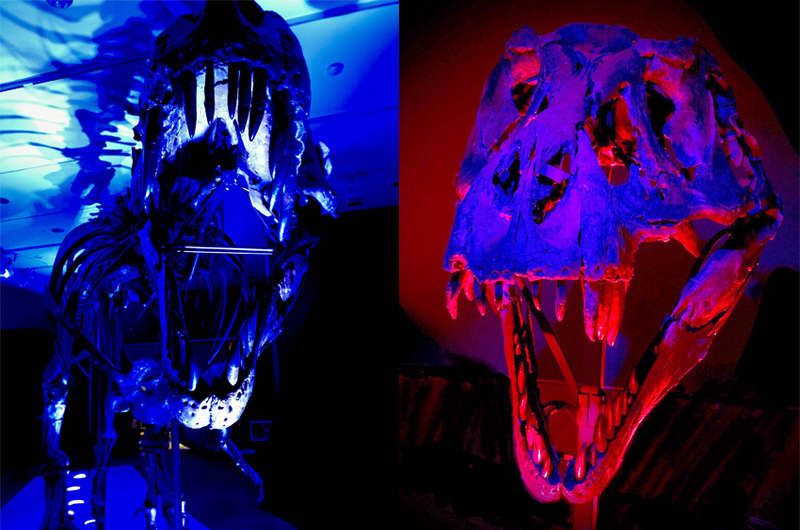 Because the skeleton was on display in a gallery setting, the only way the design team could build any sort of environment for Stan was with light. Jonathan used the Braq Cubes in his lighting design to create several scenes that added a sense of drama to Stan's presentation. “We realized that we needed to capture the drama of the moment,” he said. “We programmed hourly shows that captured the magic of having a dinosaur in the building. Then we opened the walls up to the street, so people passing by in Rockefeller Center could see the various shows—the Ice Dinosaur, or the Fire Dinosaur, etc.” 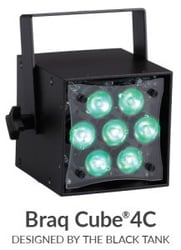 If you’d like to see more of the unique items that Christie’s Auction House has up for bid, be sure to visit their website: www.christies.com. To learn more about the LED fixtures that Jonathan Talley used to light up Stan, the record-breaking T-rex, make sure to explore the Braq Cube 4C product page on the Rosco website.