The hit Broadway production Hadestown is the winner of eight Tony Awards®, including Best Musical and Best Lighting Design for Lighting Designer Bradley King. The show, which was written and composed by Anaïs Mitchell, began as a concert and slowly evolved into a fully realized musical. When Bradley joined the production team, the show was performing Off Broadway. The production – along with its lighting and scenic design – changed a lot during its journey to Broadway. When Hadestown finally arrived at The Walter Kerr Theater, Bradley’s design changed again – this time calling out for a set of footlights. Below, Bradley explains the metamorphosis of his design and how the Rosco Braq Cube 4C LED fixture was a key solution to satisfy his need for a powerful, color changing footlight.

I am fortunate enough to have been a member of the Hadestown family since the very first full production at New York Theater Workshop in 2016, and with that amount of time on one project comes a number of advantages. The creative team has been blessed with an extraordinary amount of time together, and our designs have grown and changed alongside Anaïs's incredible music and lyrics. Each step of the way: from scrappy Off-Broadway to the great North of Edmonton, across the Atlantic to the iconic Olivier at the National Theatre, and now finally back to the Walter Kerr, has allowed us to explore, to make mistakes, and to layer and develop the design elements that work best to support this transcendent story. 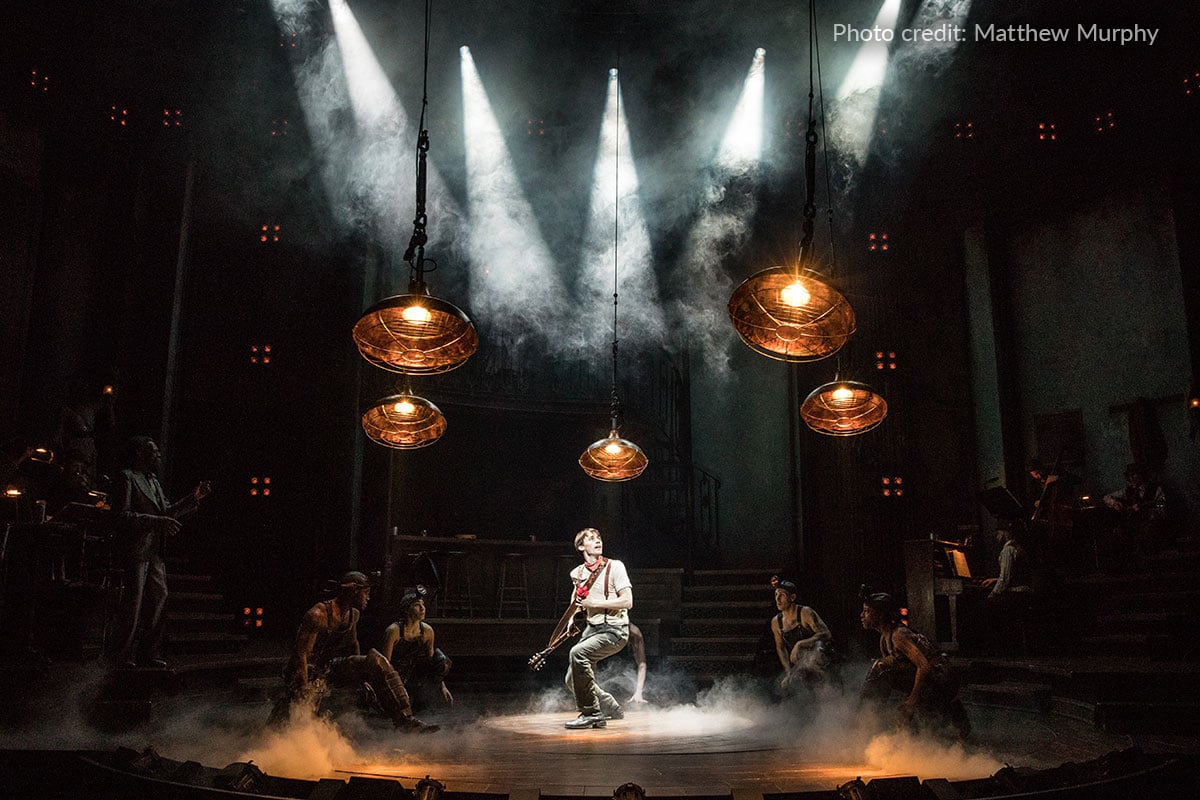 So, when we arrived on Broadway this past spring, I wasn’t at all having to come up with a design from scratch, or even partially from scratch. From a practical standpoint, London is truly where the world of the play started to solidify; it’s a mix of Edmonton’s proscenium layout but with a lot of the intimate warmth of the communal bar from NYTW. 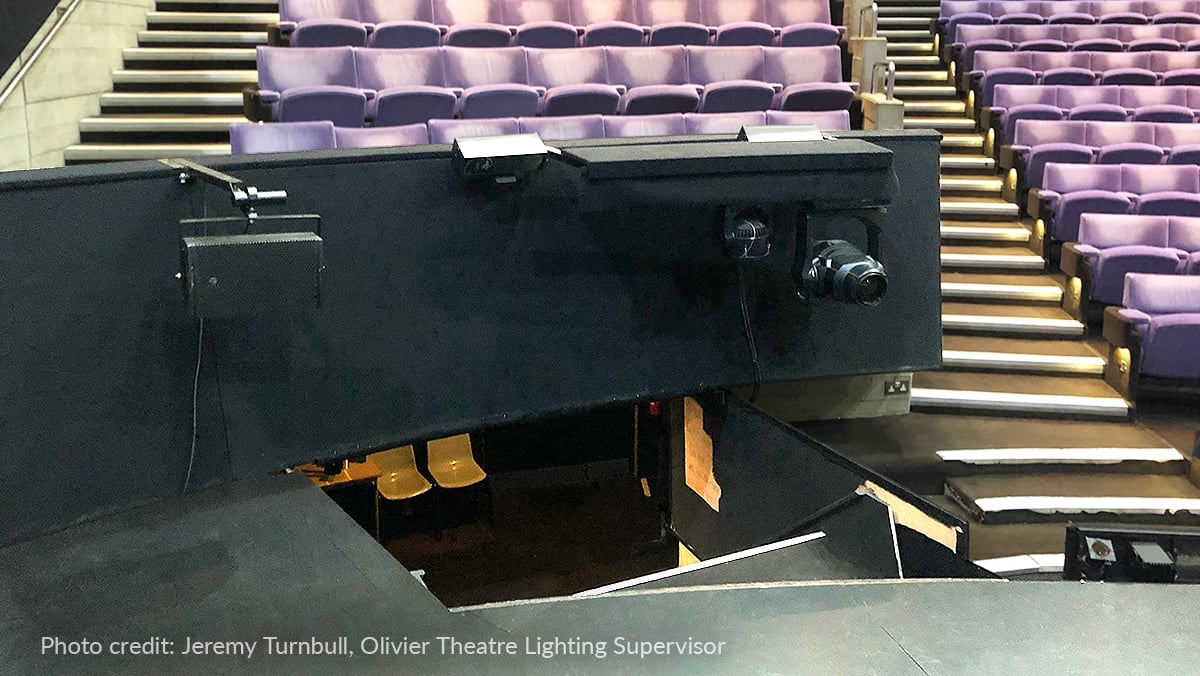 An example of a light hanging in one of “the Jaws” positions at the National Theatre’s Olivier Theatre.

Just one of (many many) incredible perks of working at the Olivier is they have one of the most complete repertory plots that a lighting designer could ever want. Pick a position in the space and odds are there’s a light there, and odds are better that it moves and changes color. There’s a particularly useful position called the Jaws; these hold lights (in this case, VL1000s) that actually hang very, very low to the ground *in front* of the first row of seating, giving us a fantastic low-angle diagonal footlight that cast enormous shadows of the cast onto the set. The more we played with these lights on the Jaws, as well as the more traditional MR-16 birdies in the foot trough, the more we began to rely on them for both storytelling and toning. 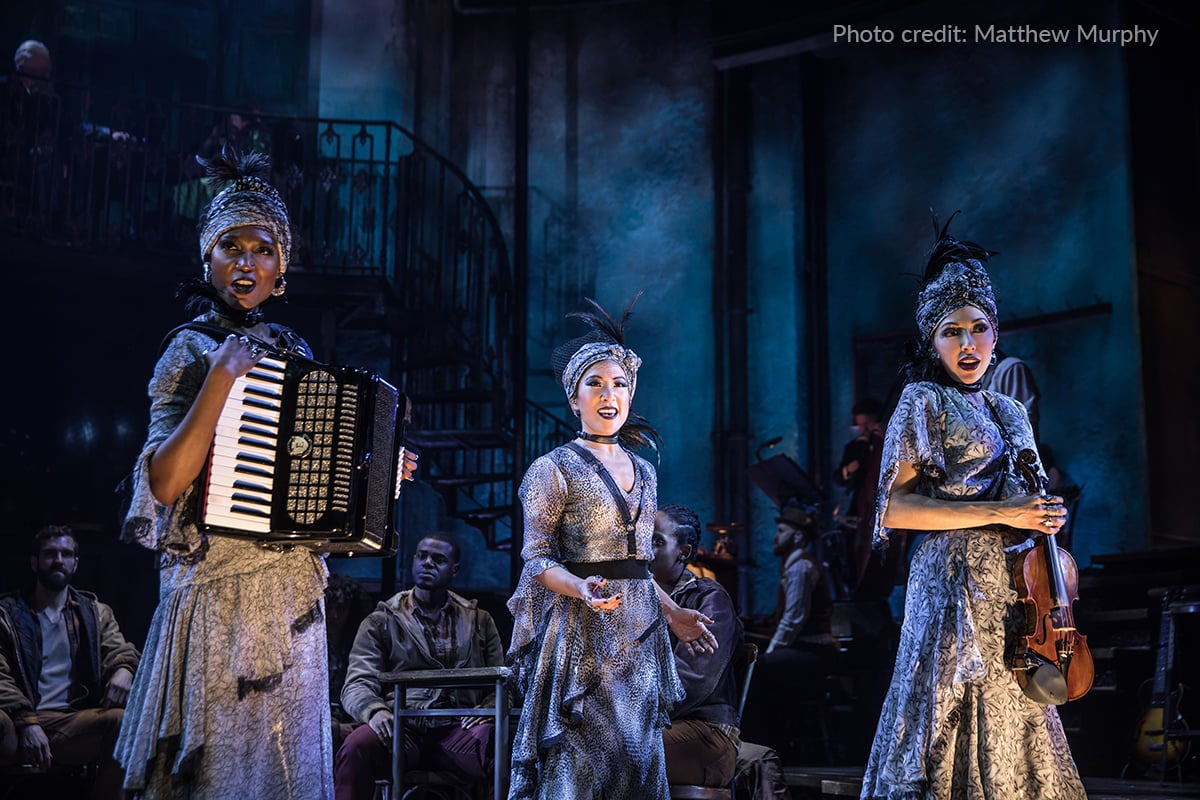 When it came time to move to the Walter Kerr, I knew we’d never be able to replicate that system because nothing like that exists in a Broadway house, since the first row of orchestra seating sits below the lip of the stage as opposed to above. So, I began to research footlight solutions; specifically, color-mixing footlight fixtures. After all, all the other lights could change color – why not the footlights? There’s not a lot of color in Hadestown, but the palette is very tightly controlled: the design is rigorous about warms, cools, and all the shades in between. I sought out a fixture compact enough to fit in our foot trough, yet punchy enough to project shadows through a powerful rig. I found that not any RGBW fixture would do, I needed something with fantastic color fidelity and rendering. Enter Rosco’s Braq Cube 4C!

I had become familiar with Rosco’s Miro Cube as a longtime associate of Jane Cox (she loves them!), so I already knew it was the fixture type I was after. The 5” Braq Cube is only a little bigger than the 4” Miro Cube. I found the Braq 4C was able to provide me the extra power I needed to compete with our high wattage moving lights and par blinders, but small enough to fit in our VERY constrained apron position (the Kerr is one of the smaller houses on Broadway, and we barely squeezed everything in). 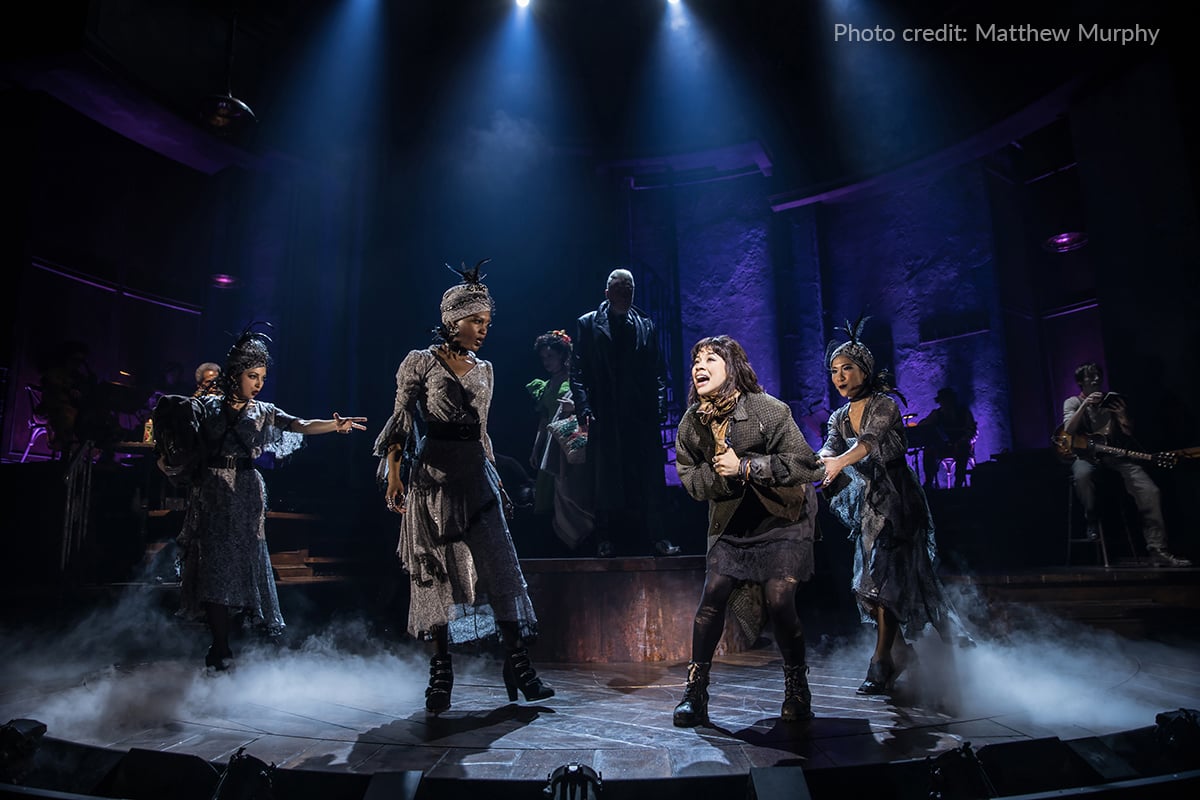 Hadestown is a show entirely built around the concept of live color fades, and the ability to seamlessly transition from our colorful above-ground beginning, to cold and bitter winter, and finally to the hot and oppressive underworld of Hadestown. The RGBW Braq Cube 4C gave me an exceptionally bright unit in a small package, one that had finely tuned colors suitable for all types of skin tones, and it enabled me to replicate the same angles that the Jaws positions in London gave us. It was truly a killer addition to our toolbox.

The next time you're in New York City – go see how the world could be – go see Hadestown!

Bradley King is an award-winning lighting designer for theater, opera, and live performance. If you’d like to see more photos of his theatrical lighting design work, be sure to visit his website: bradleykingld.com. If you’d like to learn more about the design and metamorphosis of the Hadestown production, be sure to read the fantastic Lighting & Sound America article by David Barbour. Are you interested in learning more about the LED fixtures Bradley King used as footlights in Hadestown? Explore the Braq Cube 4C product page on the Rosco website for more information about these compact and powerful, color-mixing LED fixtures.