Car chase scenes are a staple of any action movie, and many times they involve some sort of police or emergency-response vehicle with a flashing lightbar on the top. While creating the assets for our recent True Rosco Color™ MIX blog, which was centered around a police detective capturing a criminal with a squad car and other officers as back up – we also shot a video that demonstrated the Emergency Vehicle Effect built into our DMG Lumière MIX LED lights and how those effects could be used during a car chase shoot.

We wanted to show the versatility of our MIX lights by shooting a live-action, nighttime-exterior chase scene. We had hired an actual squad car for the final photo shoot, but we didn’t want to have both cars chasing through the streets for our video shoot. We did, however, want the flashing effects from the squad car’s lightbar to surround our detective and add to the drama as he pursued his criminals. To re-create the effect, we rigged two SL1 MIX LED fixtures onto his Range Rover – one on top aimed off to the side to illuminate the surrounding walls, and one in the back to mimic the flashing lights coming from the non-existent squad car following our detective’s pursuit vehicle. 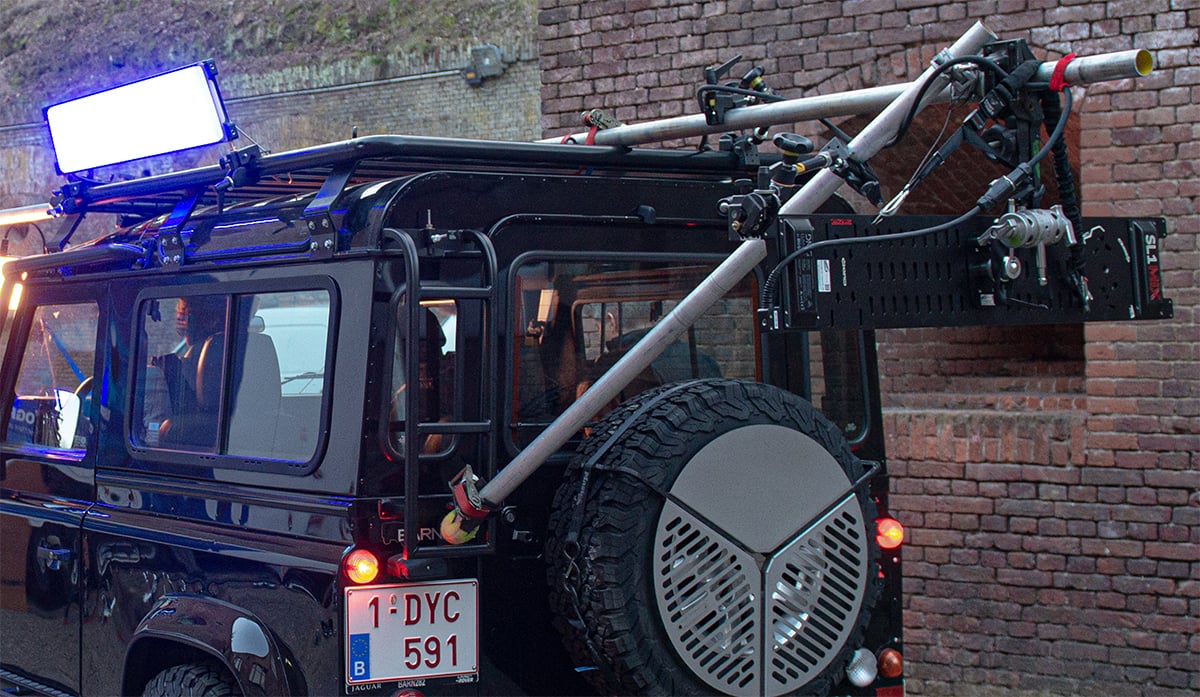 The easy-to-use MIX control interface made it easy to mimic the effect of a squad car lightbar. Our lighting team simply selected Emergency Vehicle from the library of Effects on the MIX controller, and then chose from the available color combination options: blue only, red only, blue + red, blue + white or red + white. From there, they chose the intensity and speed of the effect to fit the needs of the scene. It's worth noting that you can also create this same effect, on one or more MIX LED fixtures, using the same steps in the myMIX app.

In a previous blog article, we wrote about how well the DMG Lumière SWITCH fixtures performed in car shoots. The MIX LED fixtures share the same streamlined and lightweight construction, which means they are just as easy to rig – making them excellent lights to use for any shoot where you need to attach light fixtures to cars. 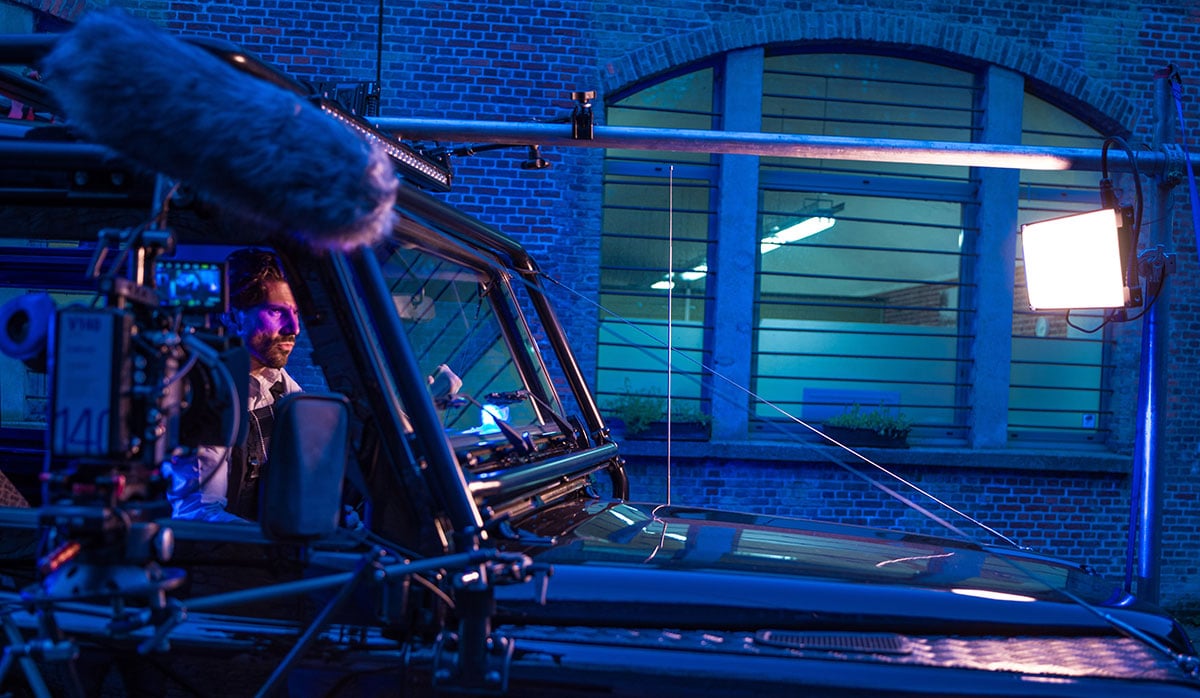 For our nighttime car chase scene, we not only needed to re-create the flashing lights of the squad car following our determined detective, we also needed to illuminate him so that we could see his facial expressions while he gave chase. To accomplish this, we mounted a MINI MIX LED fixture that was set to Gel Mode and dialed-in with R321 Soft Golden Amber to provide a warm, urban, sodium-vaporish glow on our actor. 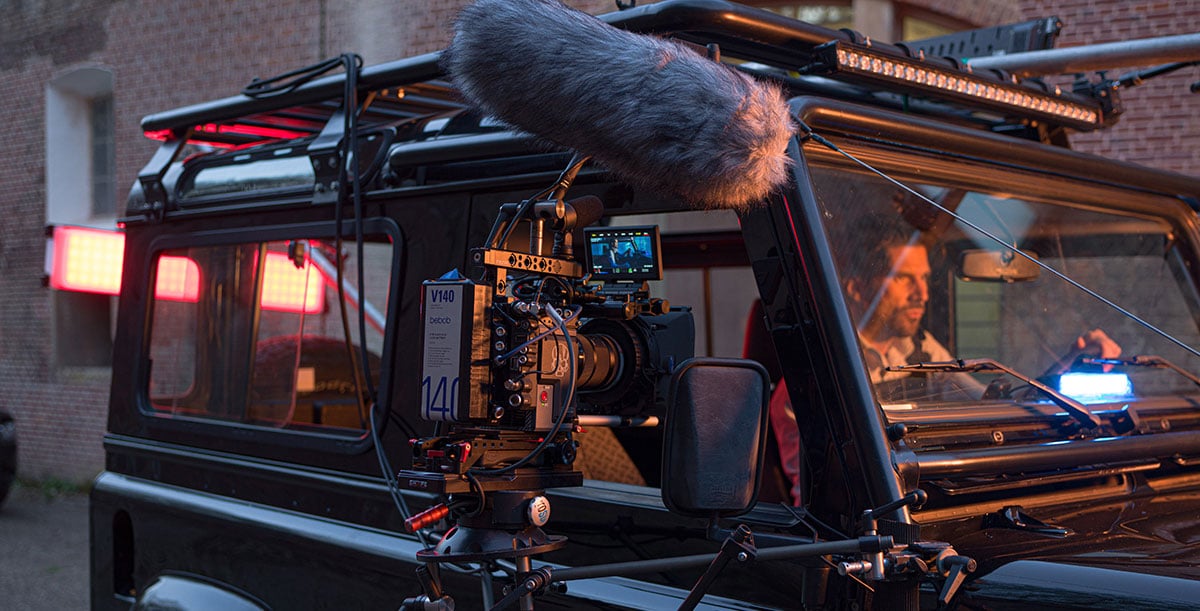 There are other ways to shoot car chase effects – namely, process and “poor-man’s process” shots. While we chose to shoot live-action, these same lighting techniques would be helpful for these alternative shooting styles as well. Whether it’s live-action or some sort of process shot, the next time you need to shoot a sequence involving any sort of emergency vehicle lighting effects, choose our lightweight, easy-to-rig, easy-to-control MIX LED fixtures. If you’d like to learn more about these versatile lights, please visit the MINI MIX and the SL1 MIX product pages on the DMG Lumière by Rosco website.