Pepsi’s “More than Okay” ad campaign includes two commercials starring Jay Pharoah and Joel McHale who are both asked “Is Pepsi Okay?” The one-shot ad spots take them through a carefully choreographed series of scenarios on a fast-moving set with multiple lighting changes. David Besdesky was the gaffer and collaborated with DP Dallas Sterling on all lighting decisions. David shared how the features of his DMG Lumière SL1 MIX and MINI MIX LED fixtures enabled him to light this fast-paced commercial shoot. The team at Five to Sixty, the production company hired to shoot the ads, posted incredible behind-the-scenes videos beside the actual spots so you can see how they captured and lit each ad in one take.

For the Jay Pharoah spot, Besdesky used his two MIX lights to establish the “nighttime exterior” lighting for the hot dog stand scenes. In the BTS video, you can see the SL1 just to the side of the dolly/platform as the video begins and ends. Besdesky placed the SL1 MIX into White Mode and set the fixture to a cool color temperature to create some faux moonlight for his fill light. He then set the MINI MIX into Color Mode and created his own coppery, sodium vapor street light color for his back light. 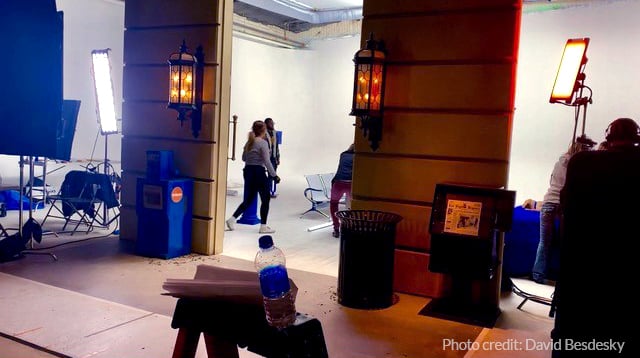 The SL1 MIX and MINI MIX waiting on set for their final placement.

Filmed at SirReel Stages in Burbank, California, both Pepsi spots were unique because they required multiple scene and lighting changes within a single shot. Perhaps the most important feature of MIX for Besdesky on this project was the ability to control them via Wireless DMX from a lighting console. “I like the versatility of the MIX fixtures and that there are so many options and ways to use them,” reported Besdesky, noting that his two MIX LED lights are now “a major part of my bag of tricks.”

Besdesky also used both of his MIX fixtures in the Joel McHale spot. You can see them fade up in the BTS video as they transition into the DMV set. Both lights were in White Mode and set to cool color temperatures to provide a hair light and back lighting in order to create separation against the blue lit back wall. Besdesky noted that “White Mode works well as daylight or tungsten, and MIX includes Green/Magenta correction, which is super helpful.” 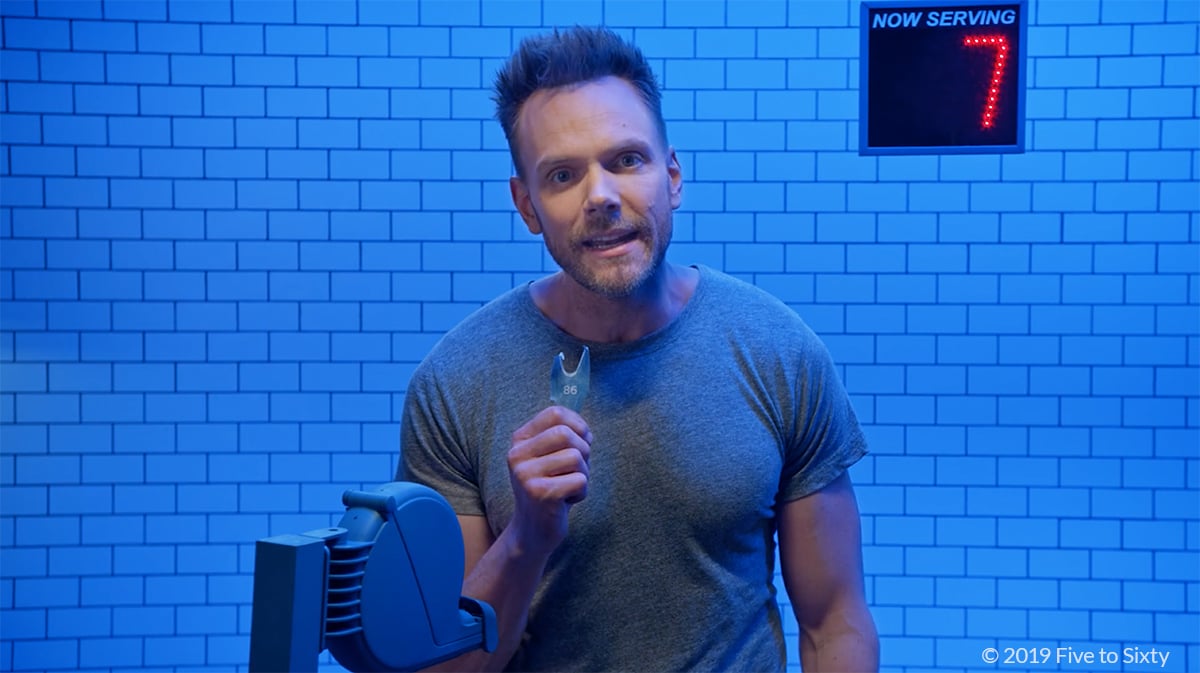 “Their form factor is interesting,” Besdesky observed about MIX. “As small as they are, they are incredibly bright with the option to run on batteries if needed.” He also found that “the SL1 works great as a backlight because it’s long and skinny, and it’s light and easy to rig.”

David Besdesky was one of the first gaffers to own MIX units in LA. “Without fail, I get questions about these fixtures on every job - oftentimes before they are even turned on. MIX fixtures are unique and solve a lot of problems, and people are embracing updated technology that offers a different kind of lighting solution.”

If you’d like to learn more about this exciting new set lighting solution, visit the MINI MIX and SL1 MIX product pages on the DMG Lumière by Rosco website.