Oftentimes, lighting designers find themselves working on an event or in a venue with a fixed inventory that needs to be more versatile than it is. Such was the case with LD Jimmy Lawlor who needed to find a way to maximize the beam spread of his lighting rig on a recent project. Below, he shares how our new OPTI-SCULPT beam shaping lenses helped him conquer this common issue.

I had the pleasure of returning to Gulfshore Playhouse in sunny Naples, Florida, to design a production of Denis O’Hare and Lisa Peterson’s An Iliad, directed by Artistic Director Kristen Coury. David Arsenault gave me a beautiful set to light that recalled the ruins of an ancient Greek amphitheater. While Kristen and I decided to keep the color pallet of the show rather constrained (on a spectrum from warm white to cool white), I knew that when dealing with Gods, I would want the ability to drastically and instantly change the space. 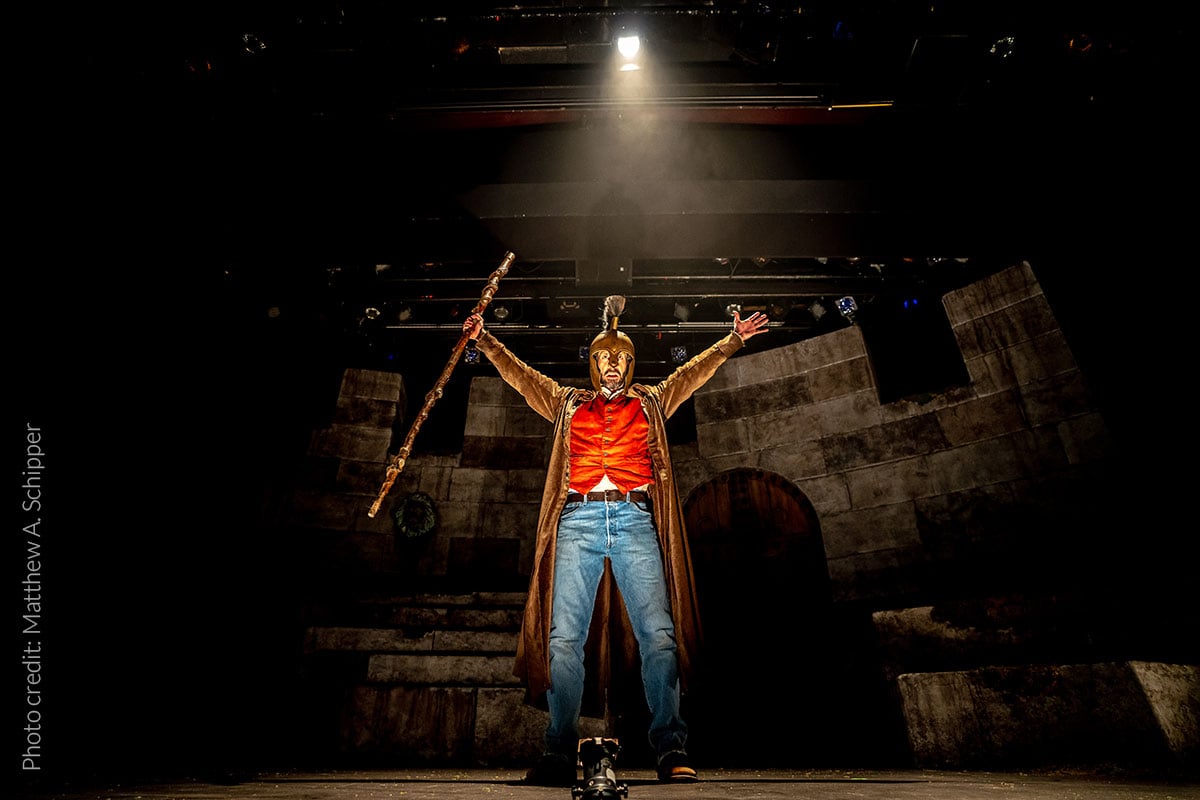 Gulfshore is currently housed in a theatre with a 16’ fixed grid with an inventory of color-mixing LED wash units that had a native spread of 28°. Factoring in the throw distance, I knew that I would need many more fixtures than I had available to evenly light the space. Enter Rosco OPTI-SCULPT - specifically, the reversible 40R60 lens. While I was visiting the Rosco website to see what diffusion options were available, I saw a banner ad for a new product called OPTI-SCULPT. I reached out to Rosco’s Chad Tiller for more information and he talked me through the various options. Since I knew I was looking for a directional way to paint the set, I began with the 40R60 OPTI-SCULPT lens. This “two-in-one” lens provides a 40° spread when inserted one direction and a 60° spread when you flip it around and insert it the other direction. Once I received the lens, I immediately tested both sides inside the LED wash units on stage. 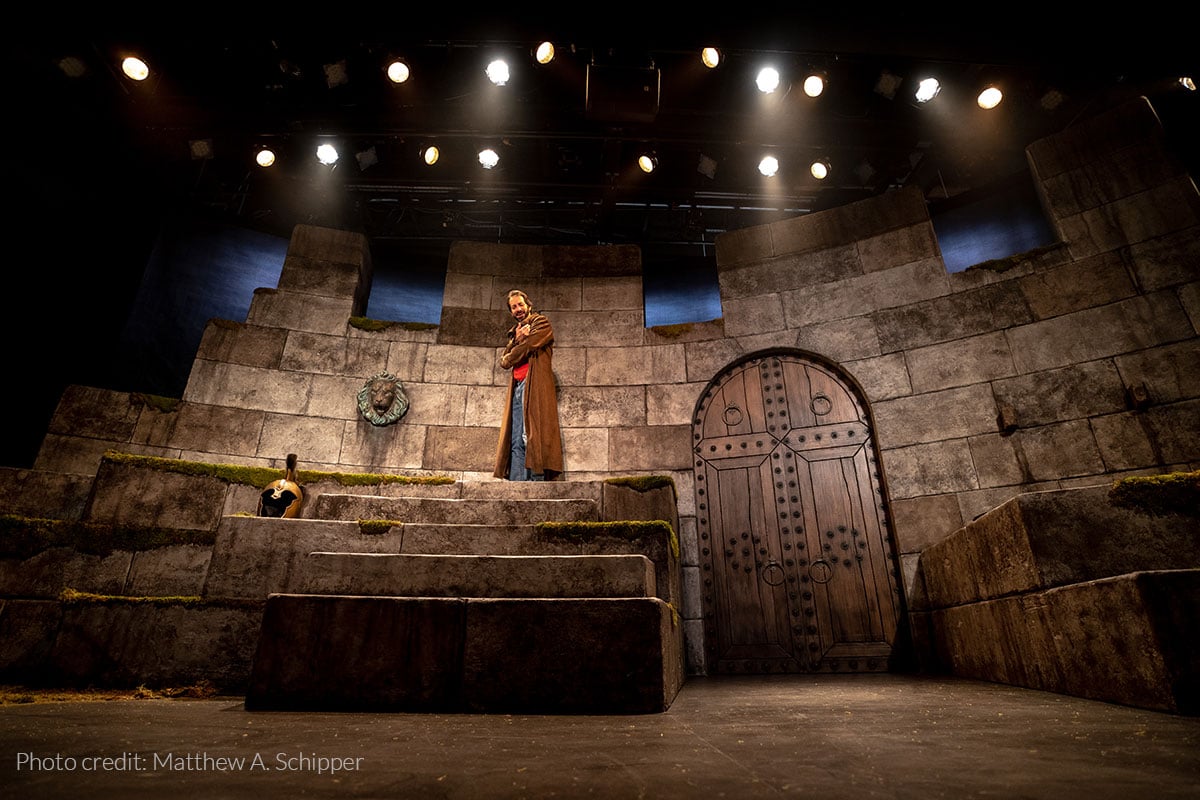 A stage shot showing the final coverage of the set.

I expected that I would need to find the perfect balance between coverage and punch. For this application, I needed the light to scrape the set, filling the volume of the space, while keeping the light off of the soft goods and masking. I ended up going with the 40° side. 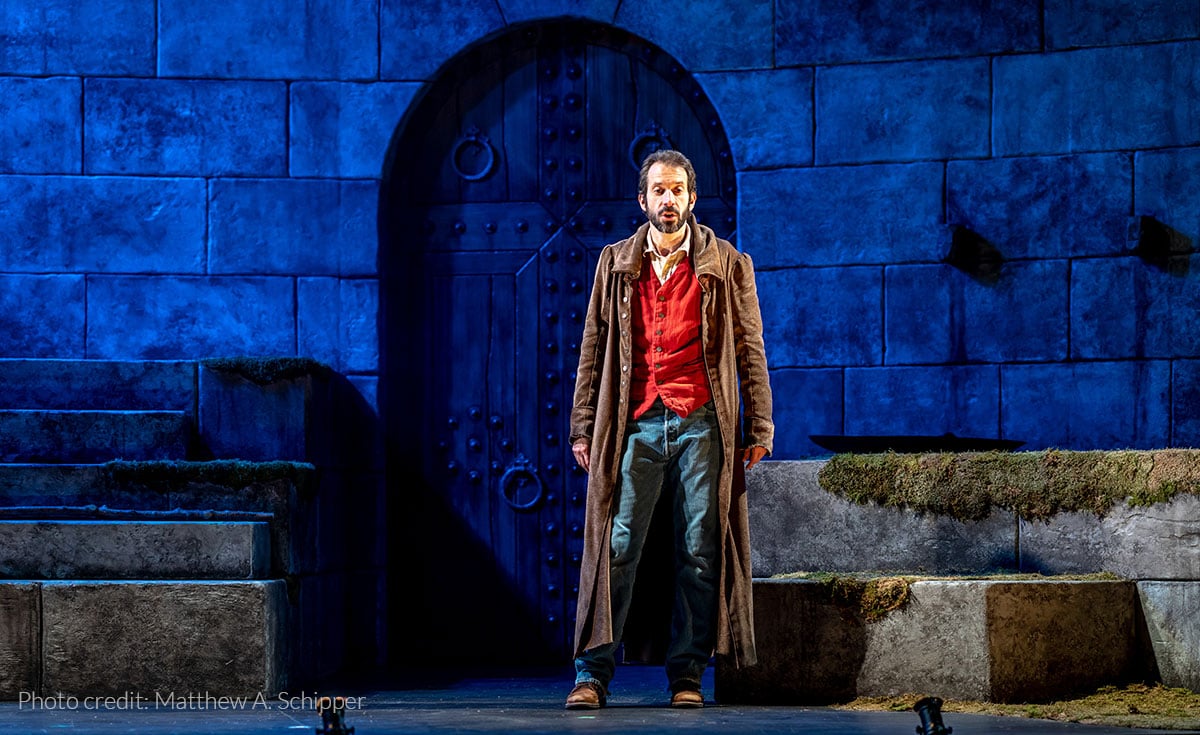 The fantastic thing about OPTI-SCULPT is that not only did it make the existing inventory much more usable in the theatre, but it’s durable enough so that now future designers in the space will have the option of ‘lensing’ Gulfshore’s LED Pars however they want: 60°, 40°, or the native 28°. Now we’re talking versatility! 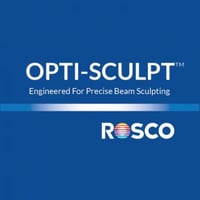 To see more of Jimmy Lawlor’s lighting design work, visit his website: lawlordesign.com. If you’d like to learn more about the beam shaping lenses that Jimmy used in his lighting design for An Iliad at Gulfshore Playhouse, explore the OPTI-SCULPT product page on the Rosco website, or request an OPTI-SCULPT swatch book from your local Rosco Dealer.