Filmmakers often select their gear based upon the needs of their projects. Rarely, however, do they select their projects based upon inspiration from their gear. This was, however, the case for Commercial Director Philip Roberts and Director of Photography Tanner Short. The two Louisiana filmmakers recently released “The Producer” - a short film that was inspired by Tanner’s DMG Lumière SL1 MIX LED fixture.

The project began when Phil wanted to shoot something in the warehouse that’s connected to his office at the ad agency ThreeSixtyEight. At that point, all he knew was that he wanted to shoot a kidnapping/interrogation scene that involved a cool car and an 80s vibe. Although he works in advertising, he had hoped this would be a welcome departure from that world. During the script writing phase, he and Tanner hit a wall, and they didn’t know how to finish the story. That’s where the SL1 MIX came into play. 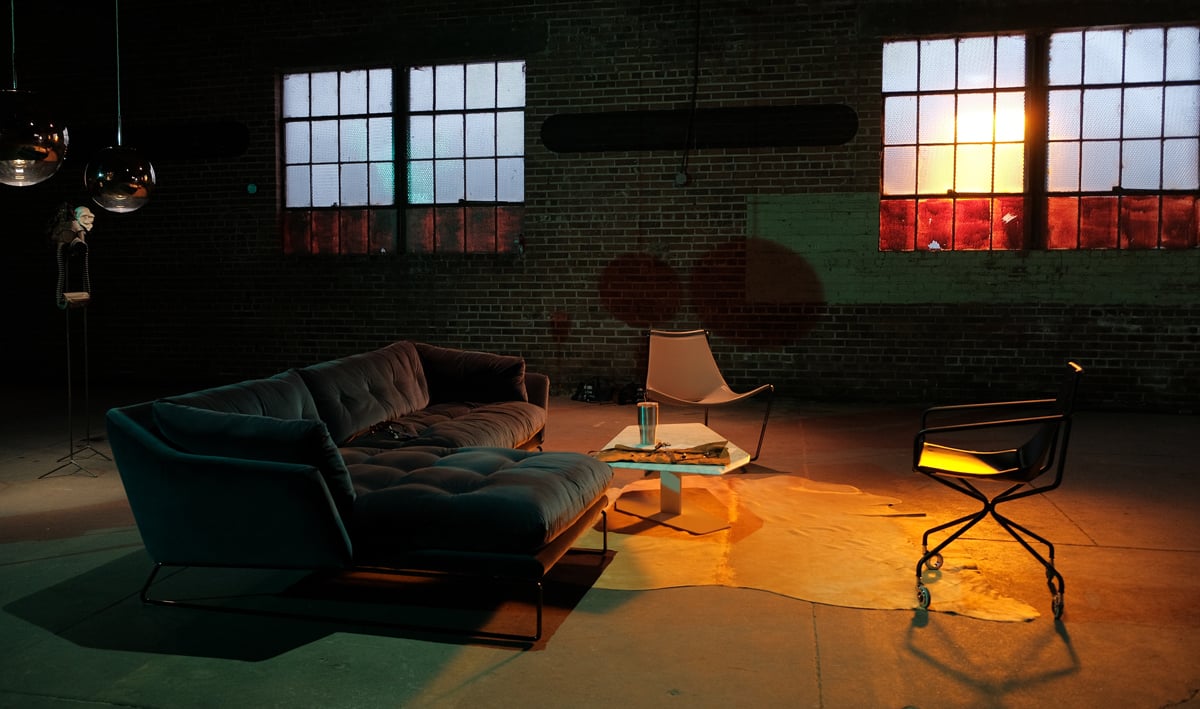 “During one of our writing sessions I thought, ‘what if we use the cop light feature on Tanner’s SL1 to make the victim feel like they’re being rescued? Then we can tie in DMG and run with it from there,’” said Phil. So that’s what they did. They broke the fourth wall by showing the SL1 MIX and one of its pre-programmed features. “From there, we took a step back to look at the entire film from a different perspective, and we rewrote it to be a MIX spec ad,” said Phil. 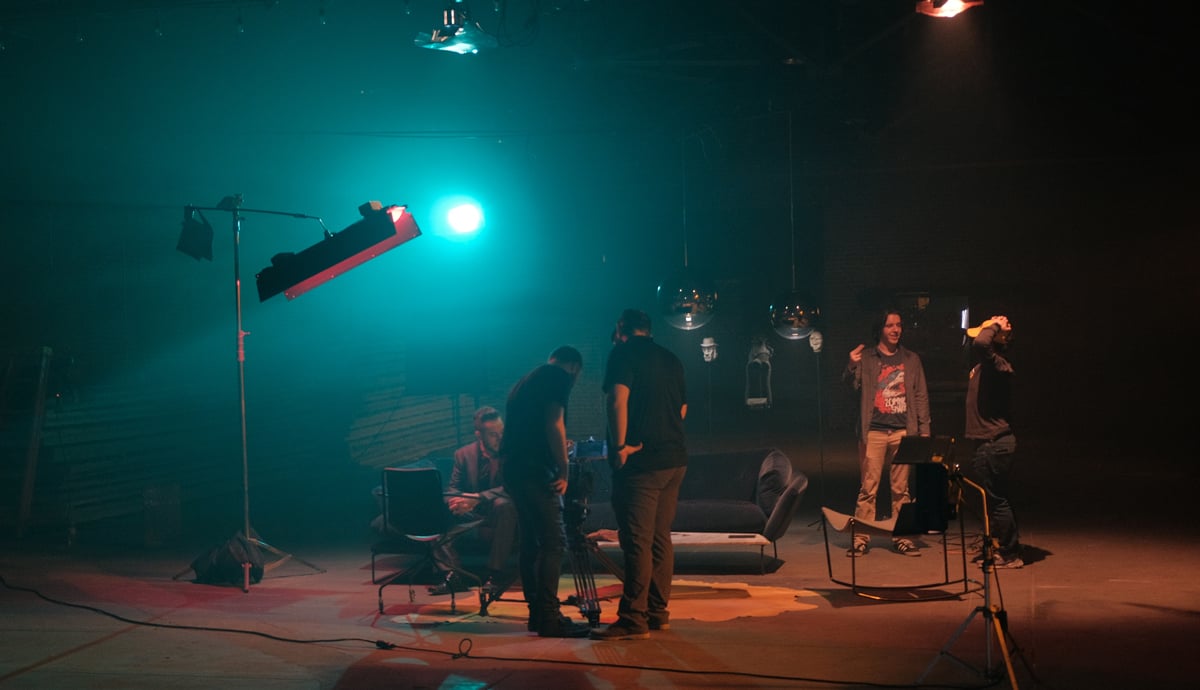 While filming, Tanner and his crew noted that the SL1 MIX was their most versatile light fixture and therefore played multiple roles on set. Tanner was shooting on an anamorphic lens with a very wide angle of view, so it was important to be able to set the lights without any stands making it into the frame. “The form factor, weight, and modularity of the SL1 MIX allowed us to easily change the type of mount we had on the light and fly it overhead without getting in our frame,” said Tanner. “It was the ability to quickly modify the SLI MIX for different lighting setups that saved us a lot of time and frustration. We felt as though the SL1 MIX had chameleon-like qualities, allowing us to be assured that if we needed it to assist the other lights on set it could quickly adapt and match other sources.”

The SL1 MIX was first used in the scene where The Driver opens the trunk of the car to pull out The DP and drag him across the warehouse. The light was placed on a c-stand and acted as a fill light in White Mode at 4300K. 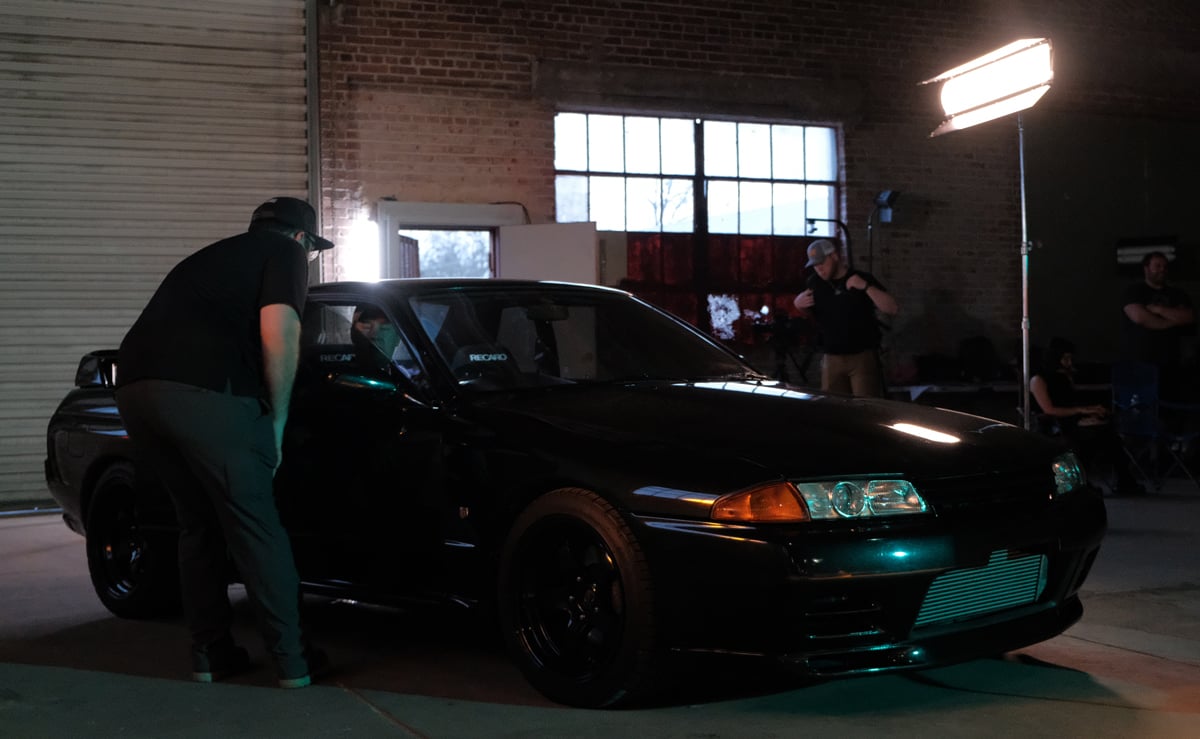 “The older generation RED cameras are not known for reproducing natural looking skin tones,” noted Tanner. “This is where the SL1 MIX really helped out. When the light was used in White Mode for the scenes where The DP is dragged out of the trunk, we can see very pleasing skin tones. This is due to the high R9 colorimetry value that the MIX line produces in White Mode. This ‘R9’ value represents many shades of red that are present in skin tones. When I recently tested an Arri HMI fixture I noticed that the R9 value was much lower than that of the SL1 MIX. Could this advanced LED technology surpass the tried and true Arri HMI?! It appears so! I may find myself using the SL1 MIX as my key light more often than my 1.2k HMI and silk.”

The action then moves to the interrogation scene where the SL1 MIX was used as an accent light above and off-center of the frame. Because of the lightweight versatility of the SL1, the crew was able to mount the fixture to a menace arm on a combo stand very quickly and just walked the light into position. This allowed the crew to work faster than getting a ladder out and hanging the MIX from the ceiling beam. “As a director, using the SL1 was amazing,” said Phil. “With our small budget, it allowed us to be agile with our lighting setups. It also allowed us to audition multiple different looks so that we could dial-in exactly what we wanted in just a few minutes. I don’t ever want to be on set without one, and with the SL1’s battery-powered capabilities, I’ll never have to be.” 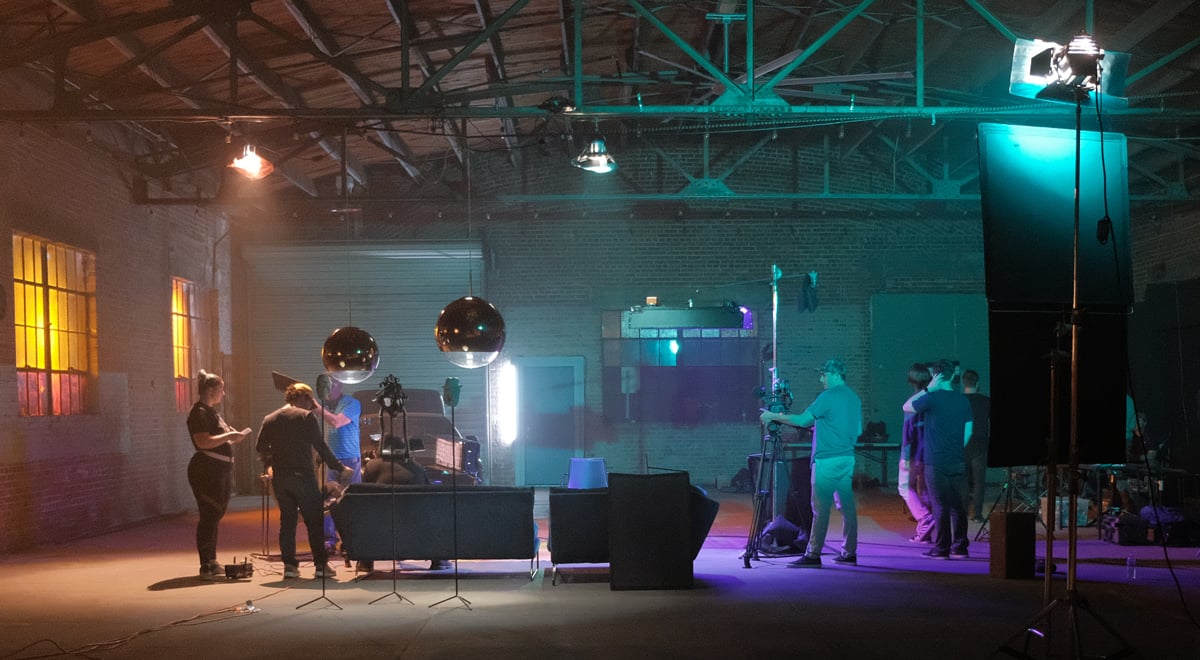 For the interrogation scenes, Tanner placed the SL1 MIX into Color Mode and created a pink tone to complement the eccentric vibe of the producer’s lair. The pink transitions to a flashing Red & Blue once the actress playing The Driver activates the SL1’s Emergency Vehicle R+B feature to play a joke on the The DP. The Producer then scolds her for playing with the myMIX app. That’s the moment when, to The DP’s surprise (and horror), he realizes that he is not being saved by the police and that he had, ironically, been fooled by a lighting trick. The Driver then swipes back into Color Mode in the myMIX app and selects a more “appropriate” color tone for the DP’s demise – a color that is most definitely NOT fluorescent lighting.

“The myMIX app – how do I love thee, let me count the ways,” said Tanner adoringly. “NOTHING about this app seems like an afterthought. It is very intuitive, and I love the reactions from crew when I am performing a lighting cue from across the room instead of pulling a muscle trying to reach a dimmer.”

The quality of light produced by MIX really became evident in post-production. Phil and Tanner were both pleasantly surprised at how little color grading they had to do, noting only minor adjustments to the shadows and midtones of the R3DCODE raw footage. “To be completely honest, I can’t think of any other time I have loaded footage into a project timeline and thought, ‘I really don’t think I need to grade this aside from making a luma curve adjustment,’” said Tanner.

Be sure to watch the behind the scenes video to see how the crew lit and shot “The Producer.” Thanks to the dedication, professionalism and passion of Phil, Tanner and their entire cast and crew, the pre-production and filming of this fantastic short film was completed over the course of just one long weekend. The fact that their love of the SL1 MIX inspired them to write and shoot such a creative project is overwhelmingly appreciated by everyone at Rosco, and we hope it inspires the lighting choices of other filmmakers in their future projects. After all, as we learned in the film, lighting doesn’t have to be torture – especially if you’ve got Rosco’s DMG Lumière MIX LED fixtures on set. 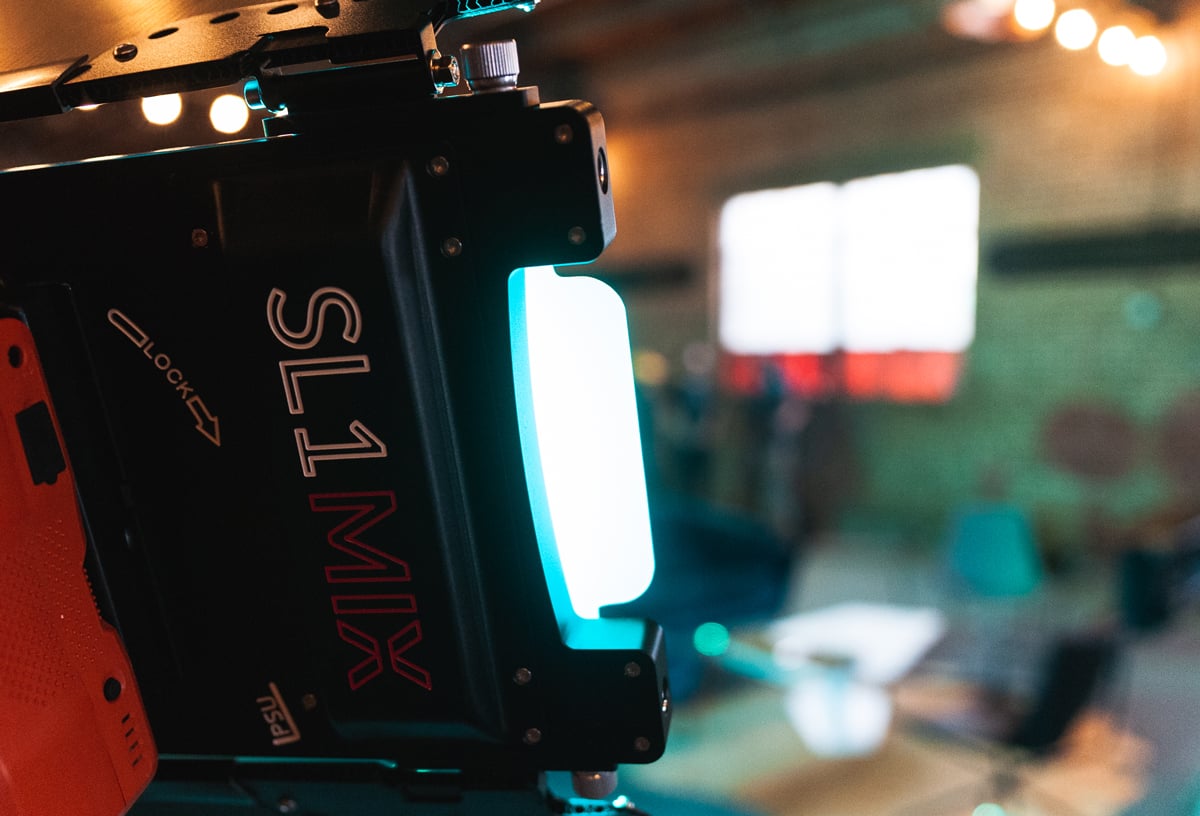 If you’d like to learn more about the LED technology Phil and Tanner used to illuminate “The Producer,” visit the DMG Lumière by Rosco website.