Eduardo Ramirez-Gonzalez is a Colombian Cinematographer based in the USA who has shot a myriad of feature films, short films, commercials and music videos. Throughout the course of his professional journey, Eduardo has used Rosco Color Filters in his projects: “I love Rosco gels. I grew up as a Director of Photography working and learning from Rosco. I studied Cinematography at Prague Film School in the Czech Republic, and in Europe we worked a lot with Rosco gels. It has always been my top choice for colour.” Many years later, Eduardo continues to incorporate Rosco colors into his work – only now, he’s creating them with Rosco’s DMG Lumière MIX LED fixtures. Read below to learn how Eduardo used MIX LED technology to evolve his lighting workflow from Rosco gels to multi-color LEDs.

Eduardo worked with Director Michelle Parker to shoot the “Automatic” music video for The Bonfyre, which already has over 1 million views on YouTube. After the video was released, The Bonfyre specifically called out their work when she described it as “a very cool futuristic lit throwback” on Instagram. 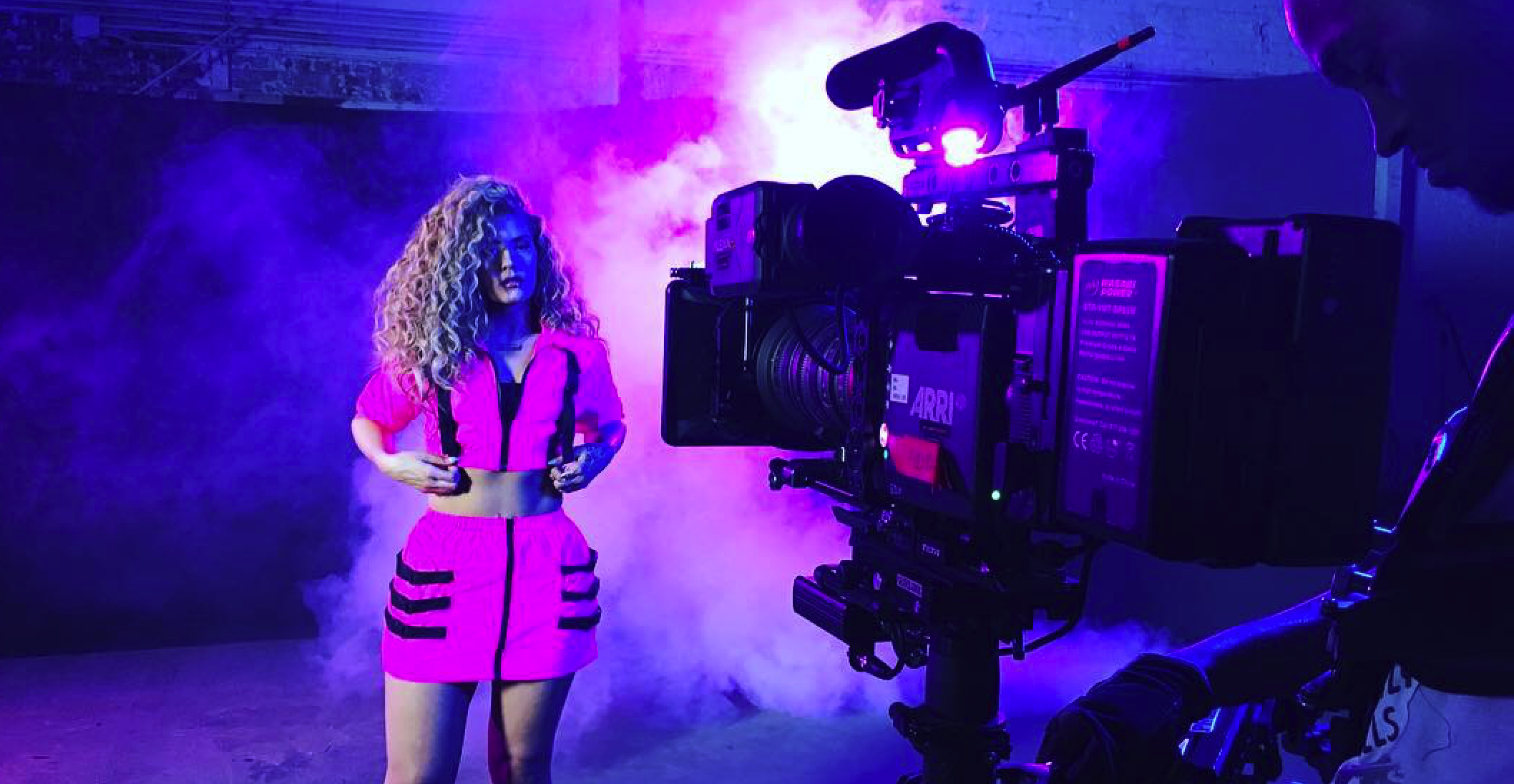 In order to create the futuristic-throwback lighting for the video, Eduardo used a combination of MINI MIX and SL1 MIX fixtures to create bold colors – both in the background and, at times, as on the talent herself. “My top concern was colour, and having the possibility to play with colour,” he stated. “Rosco DMG Lumière MIX fixtures are great for that because you can use the complete RGB wheel and any Rosco gel in the same light.” 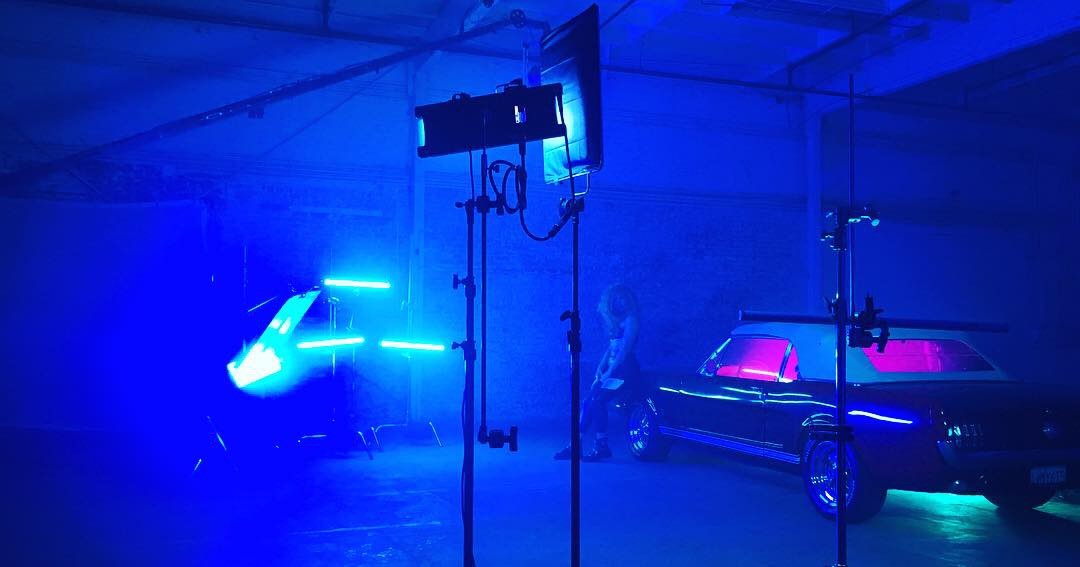 Eduardo has always enjoyed using the saturated colors found in our Storaro Selection range of filters. Inspired by his previous use of R2007 Storaro Blue, Eduardo set his MIX LED lights into Color Mode and re-created his own version of the brilliant hue to create the bold blue background color seen throughout most of the video. He also used the color wheel on the fixtures to dial-in a “hard pink” that he used to highlight the face and hair of The Bonfyre in multiple scenes. “The results are stunning”, he observed. “The colours are perfect, 99.9% exactly as gels. The light outcome is great and very soft. I was amazed how these lights perform and what you can do with them – imagination is the limit.”

Eduardo also appreciated the fixtures’ straightforward and intuitive user interface, which allowed him to select and adjust colors easily on set. “You can set the colours really quickly,” he observed, “whether using the myMIX App or the fixture’s on-board controls. It is fast, beautiful and effective.”

MIX LED technology combines Rosco’s 108 years of color expertise with state-of-the art LED technology from DMG Lumière to enable filmmakers to evolve from Rosco gels to multi-color LEDs. MIX LED fixtures feature True Rosco Color gel matches, an endless array of color possibilities using its 360º hue wheel, and a wide range of full-spectrum white light that can be tuned to any color temperature. Engineered using six different LED chips, two of which are manufactured exclusively for MIX, the fixtures generate a wider gamut than RGBW or RGBA fixtures - producing colors, tones and hues that are completely unique to MIX. 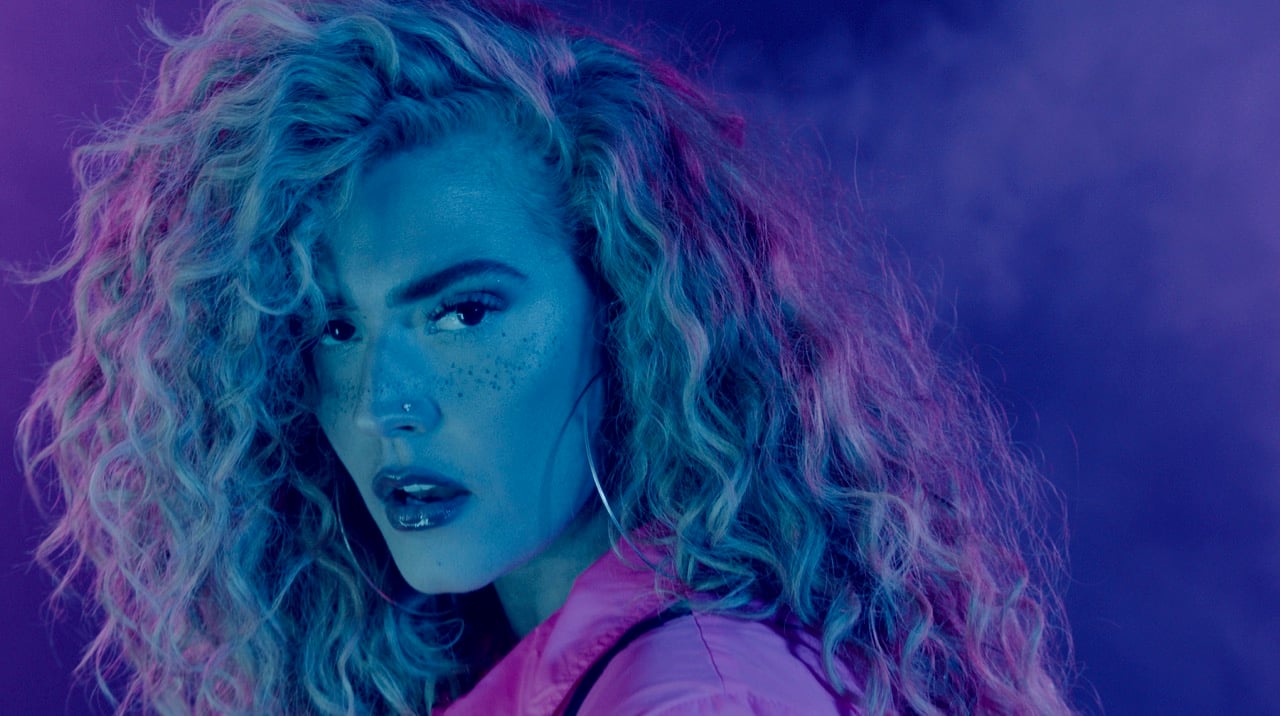 To learn more about Eduardo Ramirez-Gonzalez’s prolific work, visit his website eduardoramirezdop.com. For more information about the fixtures Eduardo used to create the "futuristic-throwback" colors inside The Bonfyre's “Automatic” music video, visit the MINI MIX and SL1 MIX product pages on the DMG Lumière by Rosco website, or read these previous blogs about MIX: