Have you seen the Freshpet video about the dog-parents that go overboard around the holidays for their dog?

When Harter Creative was contracted to shoot this holiday video for the pet food company Freshpet, they hired Logan Reynolds to be their gaffer. The video shoot was on location inside many rooms of a home in Portland, OR, and it had many setups. Logan ended up using a DMG Lumière SL1 Switch as the main key light in almost all of the shots. 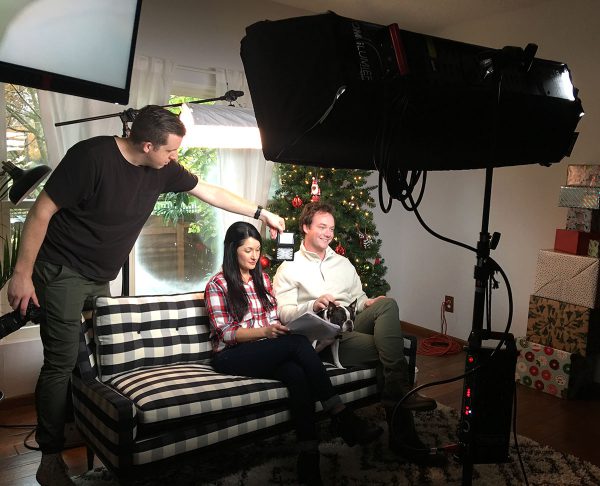 The Freshpet holiday video was shot as a mocumentary, which meant having the talent seated on a couch for their mock interview. Logan used the SL1 Switch with the DOP Choice Snapbag combined with a DOP Choice Snapgrid as the key light in his lighting setup. He found that the shape and size of the light output matched the couple on the couch perfectly. Logan also had a handful of Kino Flo and Aperture fixtures lighting the interview setup and he noted how well the SL1 Switch played with the other fixtures. 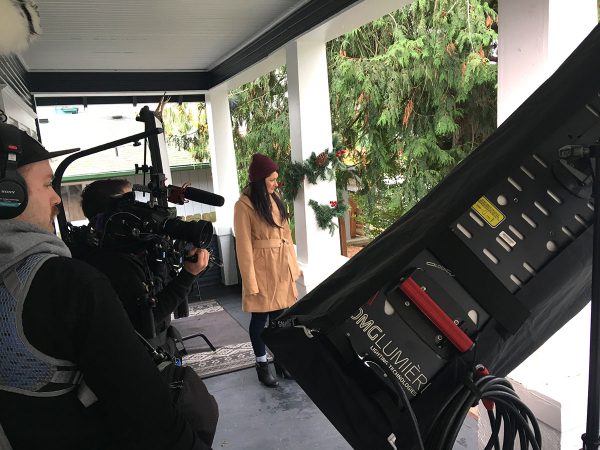 Logan used the same Sl1+Snapbag+Snapgrid setup to illuminate the action sequence on the porch. He was impressed by the output of the fixture. He noted that it did a great job matching the existing natural light perfectly and that it had “more than enough punch” for both the medium and the close up shots of the couple struggling to get their oversize pet-gift through the door. 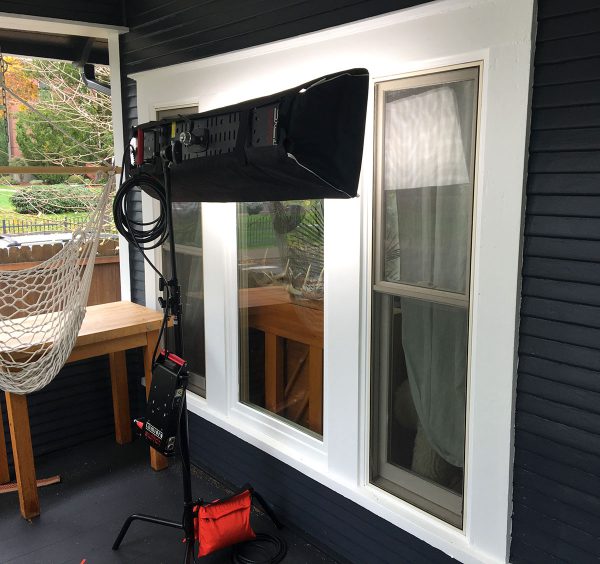 The SL1 Switch worked most of the day out on the porch shooting into the living room of the house to provide consistent artificial daylight for the interior scenes. He mostly used it at max-intensity, but occasionally he used the on-board controls to dial back the output for certain scenes. 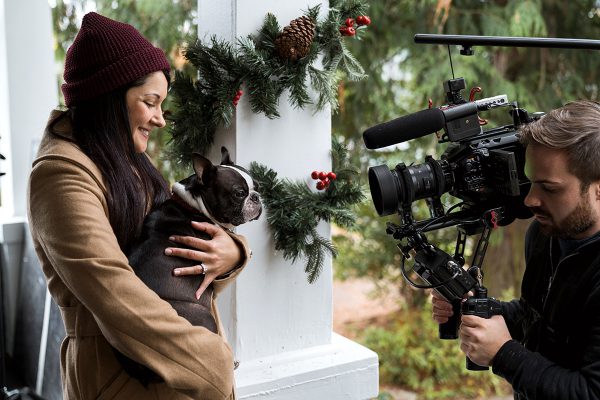 Thanks to Harter Creative and to Logan Reynolds for sharing their experience having the DMG Lumière SL1 Switch lighting their video shoot. The final video was used as a piece of branded content that was published onto the Freshpet Facebook page, which they then embedded into a Freshpet blog post. If you’d like to learn more about the fixture they used as their key light, explore the SL1 Switch product page on the DMG Lumière by Rosco website.