The DMG Lumière Switch series of LED fixtures are built by technicians for technicians. Because of this fact, they offer a number of unique benefits for filmmakers – particularly when they’re shooting car scenes. Below, several filmmakers share why they chose to illuminate their car shoots with Switch LED fixtures from DMG Lumière by Rosco.

Mathieu de Montgrand is not only one of the founding partners of DMG Lumière, he’s also a working cinematographer. Mathieu explains what he considers the perfect light for filming car scenes and how he and the DMG Lumière product development team designed the features of the popular SL1 and MINI Switch fixtures to fulfill those requirements. 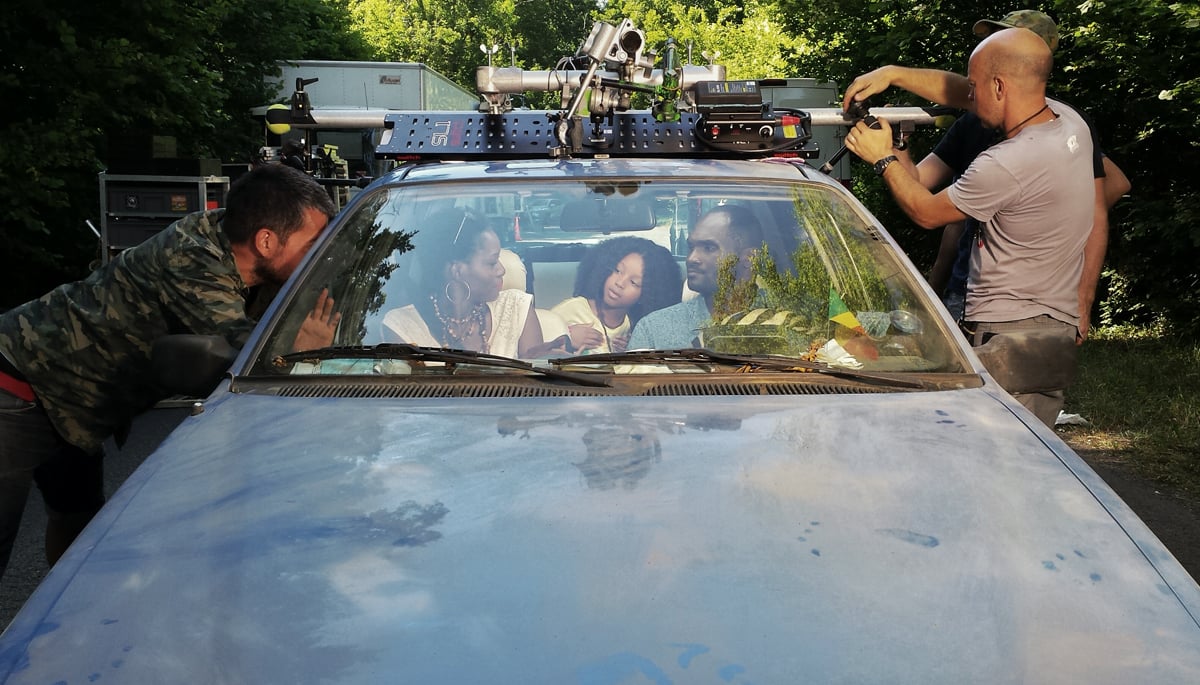 Mathieu de Montgrand: “The biggest challenge in lighting car scenes is the shadows and reflections created by the light source. Easy rigging, a small footprint, and soft light output are the solutions to this problem. DMG Lumière MINI & SL1 fixtures create a soft, wrap-around light, eliminating unwanted reflections. They are also compact, low profile lights – which is the paramount consideration when using a rigging structure on a car, especially when it is moving fast and against the wind. A slim body fixture will cause no “shaking” against the wind and will, therefore, have no undesirable effect on the shooting. These favorable characteristics show up in the best weight to light output ratio, making the MINI and SL1 Switch lights very user-friendly for filming complex car scenes.”

Thierry Arbogast is a multi-award winning French cinematographer best known for his work with director Luc Besson. Their frequent collaborations include the French-American crime thriller 3 Days To Kill, which features numerous car chases through the streets of Paris. Arbogast, along with his Gaffer, Gregory Fromentin, relied heavily on the SL1 Switch to create some of these challenging scenes.

An SL1 Switch, powered by a V-Mount battery, illuminates the car interior for a chase sequence in “3Days To Kill.”

“The first time I used a DMG Lumière SL1 fixture was for a car rig on 3 Days To Kill,” Fromentin said. “We used it on battery and it was so easy to rig thanks to its slimness and lightness. We loved the fine dimming curve that allowed us to use the light at really low intensity while the camera instantly caught the output. The SL1 offers a beautiful light range and with The Dome, the SL1 creates a superb soft and wide light making great reflection.”

The "3 Days To Kill" trailer features clips from many of the film's car chase sequences.

Aborgast commented: “I really like the beam of the DMG Lumière SL1 fixture, with the softness it has. Thanks to its size, it replaces four, 4’ tubes, whilst being more powerful. I’ve used it on car rigs in broad daylight”

Tom Van den Abbeele is a gaffer, best boy, lighting designer and CEO of the lighting rental company Watts in Belgium. Together with Cinematographer, Lou Berghmans, he worked as a gaffer on the Belgian crime series Salamander. Because this series involved many car shoots, Berghmans asked Tom to find a fixture that was battery powered and easy to rig. Already familiar with the DMG Lumière Switch fixtures, they hired two SL1 Switch fixtures and one SL1 MINI Switch from the Watts rental inventory.

Tom said: “The great thing about DMG Lumière SL1 Switch is that you can power it with just one V-Lock battery and it will last for quite some time. We had a kit of 4 x BEBOB 200Ah batteries and we never ran out of power! The SL1 light output was just enough to battle the lights on the streets we were driving through. The fixture has a lot of rigging options as there are many threads where you can screw in a 16mm stud, which makes it ideal for car mounts! For the night shoots, we used The Dome as we did not need the same amount of light. What was also quite handy for the night shoots is that you can dim the fixture down to almost 1% and still have a nice colour correcting light. We used the SL1 almost all the time on this production. It is so easy to rig and power, so compact, so slim, that you can mount it practically anywhere. We could not have done the amount of car shots needed without the DMG Lumière SL1 Switch.”

Xavier Cholet has been working as a gaffer and electrician on myriad feature films. Below, he shares his experience working with an SL1 fixture on the French film Antigang, starring Jean Reno. 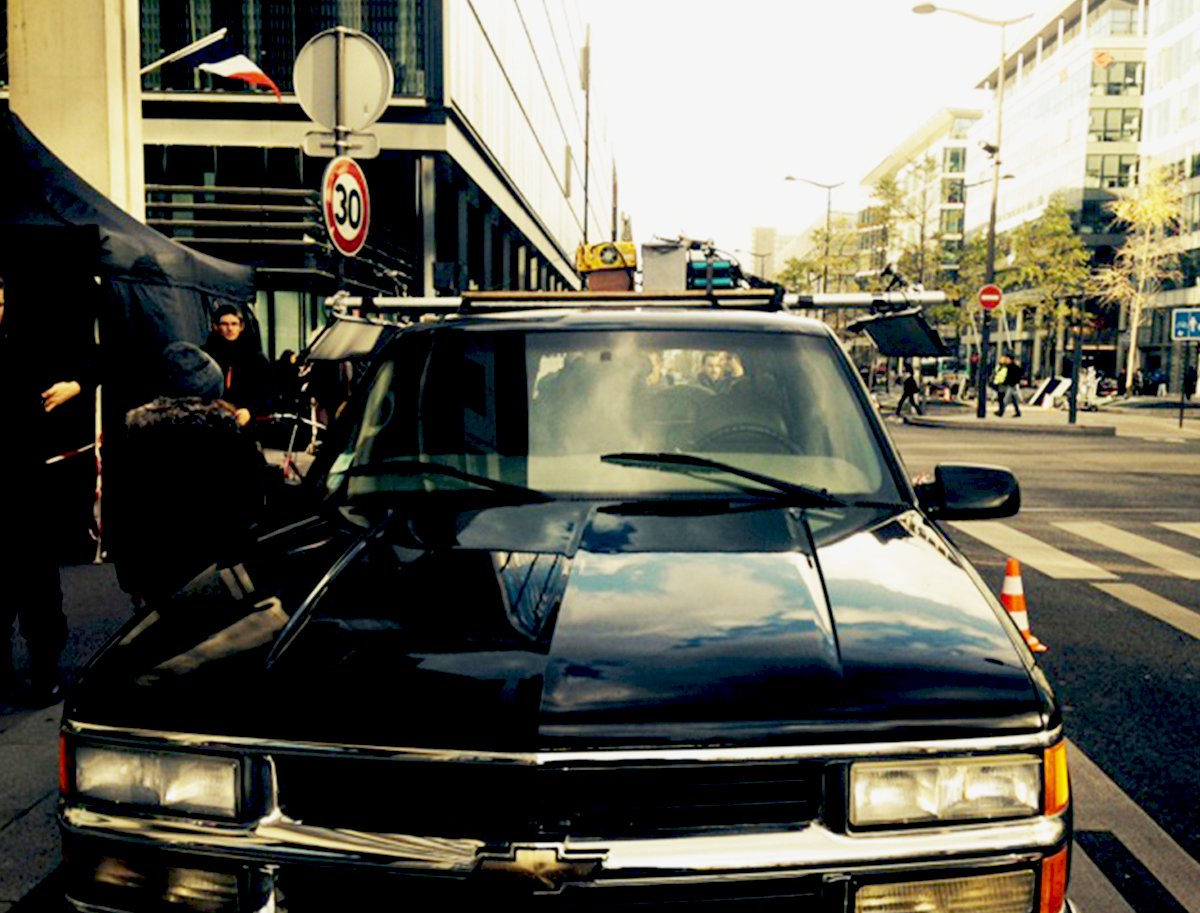 “The main reason why I used DMG Lumière SL1 Switch on this project is its low weight and superior quality of light,” Cholet reported. “Whether the fixture is at 10% or 100% of the output, there is very little magenta/green shift. I normally use V-Lock batteries to power the fixture on a car rig. The best thing about the SL1 Switch is the ability to control it remotely with an iPad, whether it is mounted on a parked or a moving vehicle.”

Michael Lagerwey is a French cinematographer based in Dubai whose work includes films, documentaries, commercials and music videos. Michael’s work frequently involves filming in the desert which requires sturdy, lightweight fixtures that can sustain high temperatures and are easy for gaffers to manipulate. These concerns are some of the reasons why he chose the MINI Switch to illuminate his car interior scenes while driving across a sandy, desert landscape for a Coca-Cola commercial. 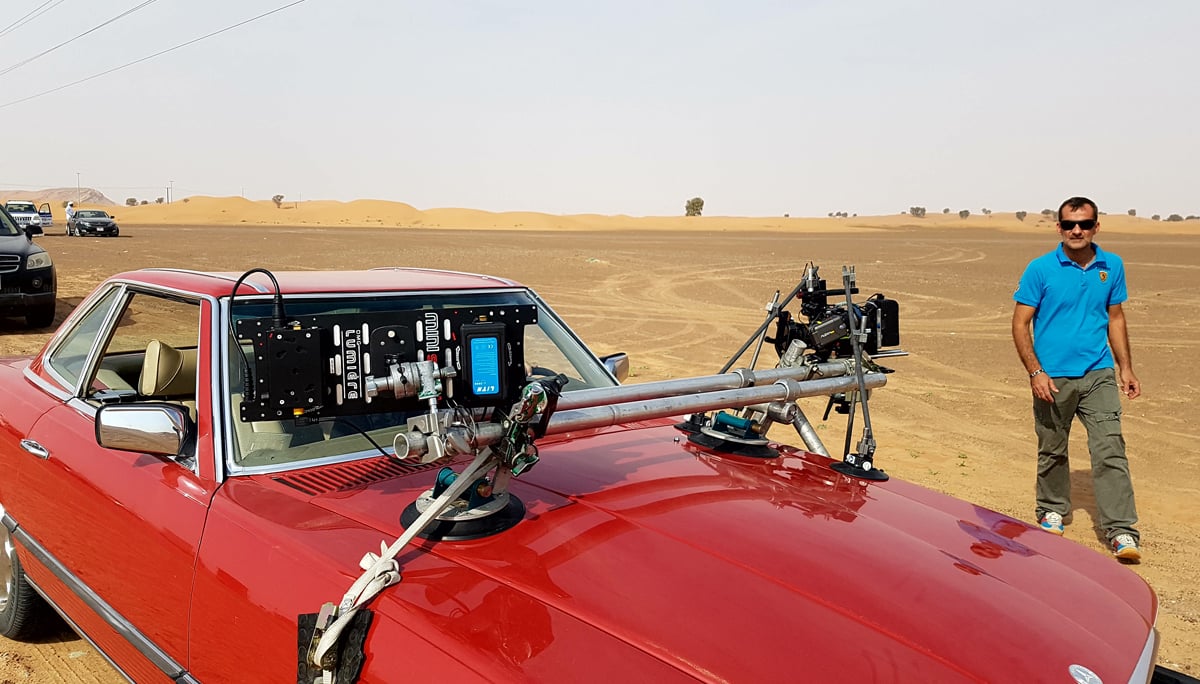 A MINI Switch replicates the desert sun to illuminate the talent inside the car for a Coca-Cola ad.

Michael said: “I’m using DMG Lumière lights because of their weight and versatility.” This enables him to safely mount them anywhere he needs them - both inside or outside the vehicle. He noted about the MINI Switch in particular that it is “ideal for close-ups or just to give a nice eyes spot.”

A post shared by DMG Lumiere by Rosco (@dmglumiere)

If you’ve got a car shoot coming up, visit the DMG Lumière website and learn more about the LED fixtures these filmmakers used in their car rigs