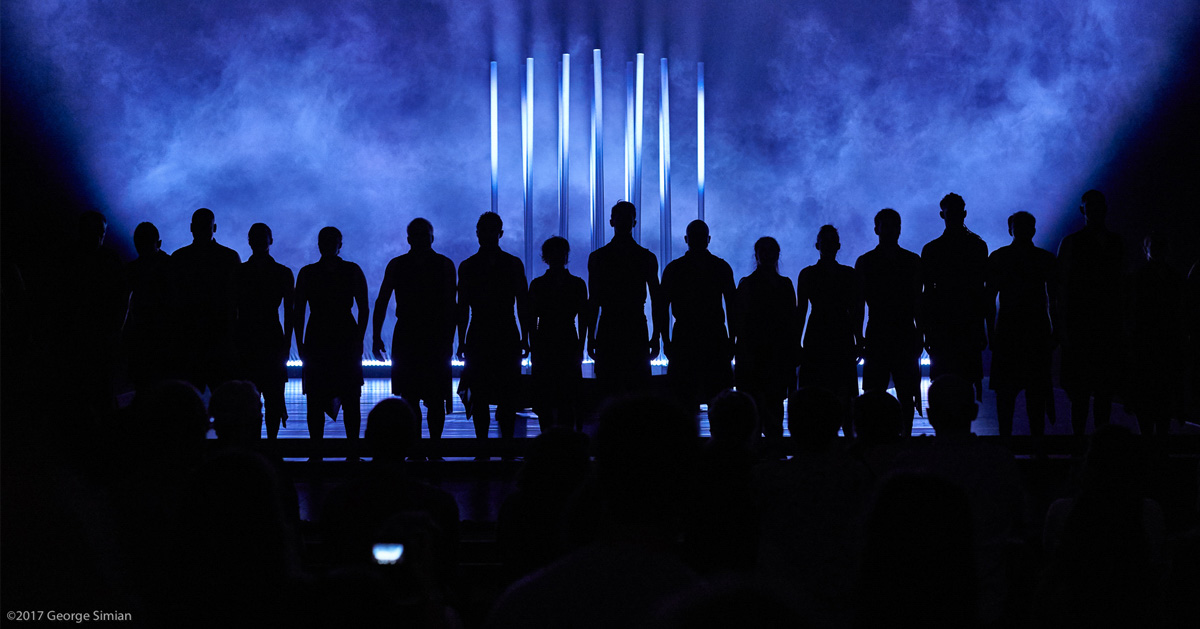 The Veterans Project is a community-based project that was conceived by DIAVOLO | Architecture in Motion® as a way for veterans of the armed forces to “restore the core inner strengths of hope, optimism, self-belief and resiliency that had diminished during their difficult transition back into civilian life.” DIAVOLO uses dance to explore the relationship between the human body and its architectural environment. This concept is central in its latest piece for The Veterans Project, entitled A Long Journey Home, which installed several Rosco Pica Cube 4C LED fixtures to highlight the veterans performing on stage and the “architectural structures” they create.

A Long Journey Home features two stage design elements: a simple platform with removable acrylic poles – and light. Nick Davidson, a lighting designer and consultant for DIAVOLO, said: “As with all DIAVOLO pieces, the set structure must be extremely versatile, both metaphorically and functionally. For The Veterans Project, we used light not only for illumination but also as a physical element when the physical elements were, in fact, not present.” 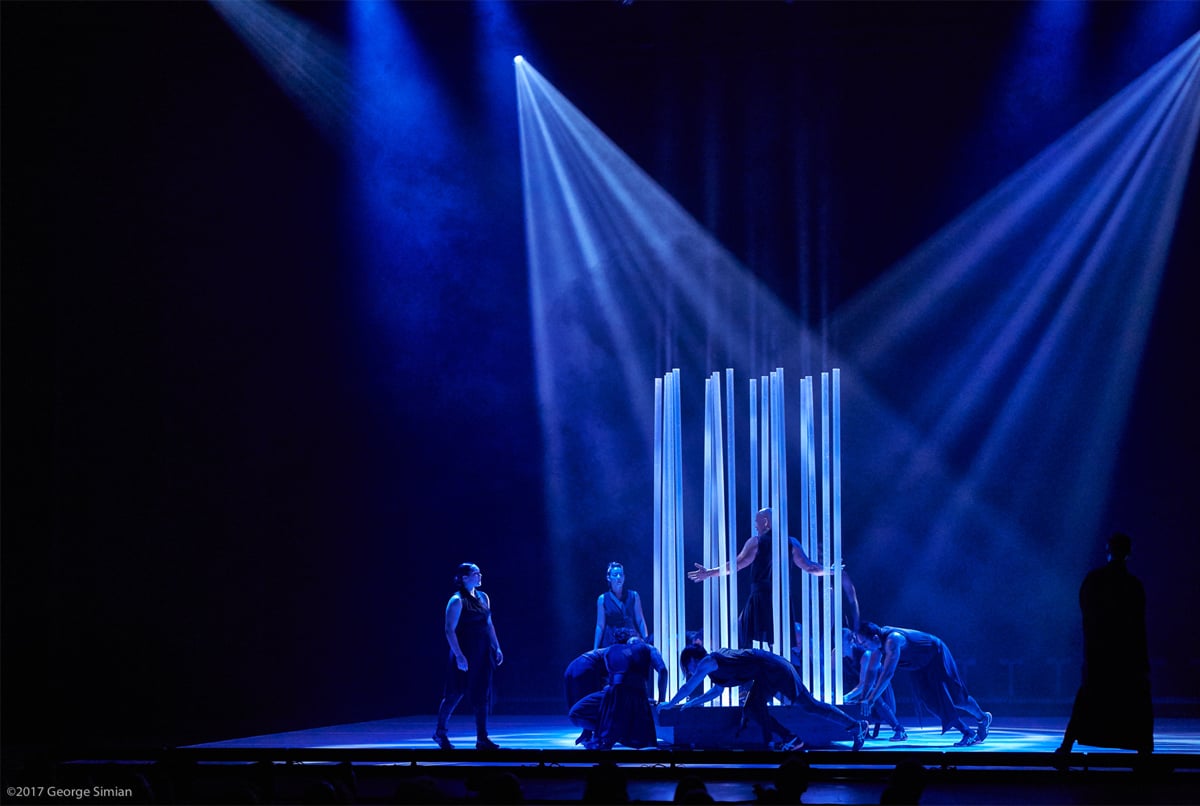 Nick installed 16 of our Pica Cube 4C fixtures under the performance platform to provide colored and white uplighting for the action happening above. He also worked with Thadeus Reed, Interactives Designer, to modify the Pica Cubes with infrared sensors for a component of the piece where the lights would react to the dancers on the platform. The fixtures were wired up to four Pica Portals, which sent data and battery power down standard Cat5 cable to the lights, and they were controlled via wireless DMX. 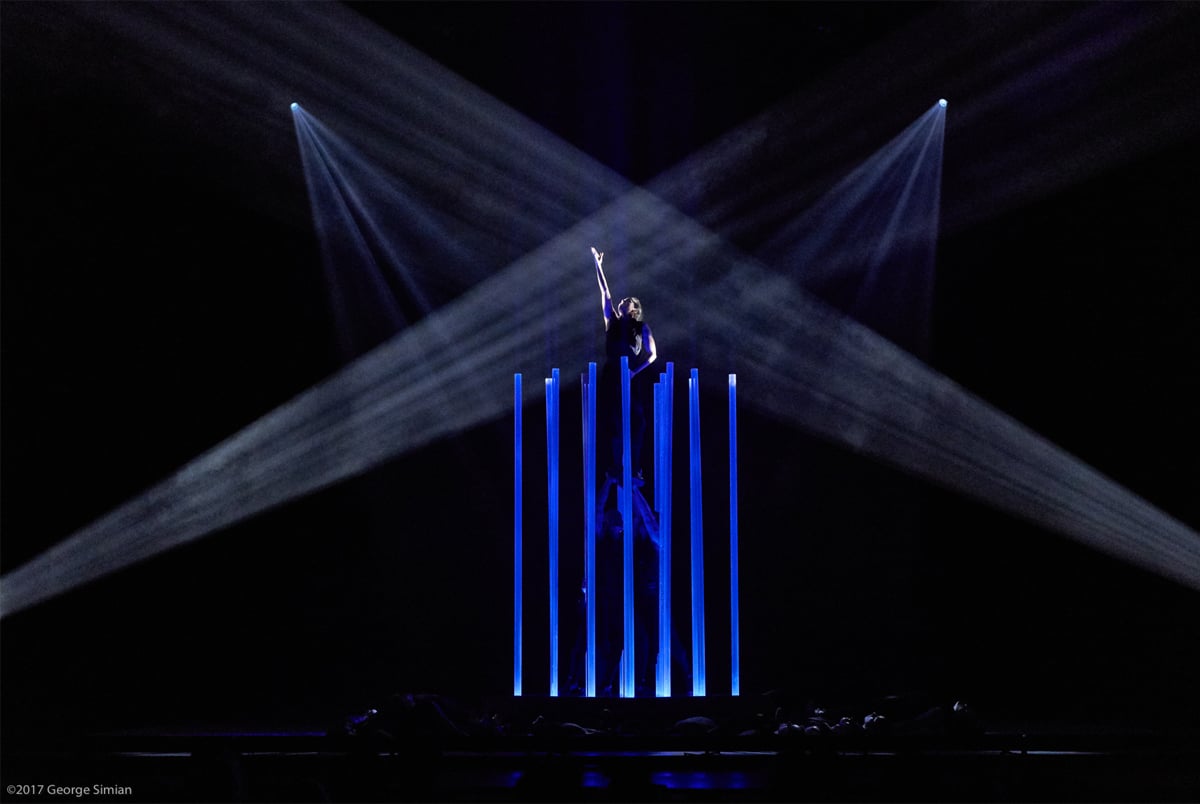 One of the key design moments of the performance was an illusion utilizing the acrylic poles on the platform. The Pica Cube 4C fixtures were mounted directly under each pole fitting so that they would uplight the vertical poles. When all poles were removed from the platform, the Pica Cubes generated tight beams of light through the haze on stage to give the illusion that the poles were still there. 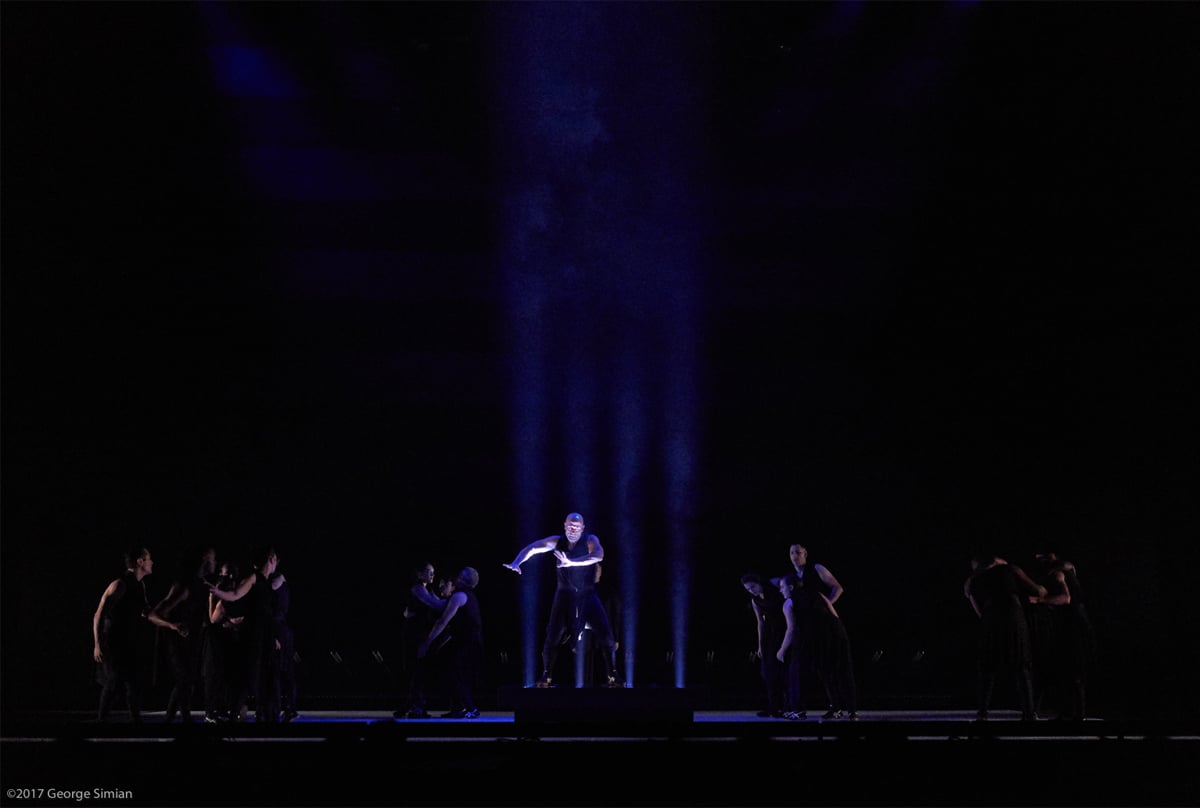 The combination of the fixture’s ultra-compact form factor, its very narrow native beam spread, and its wide range of color options made Rosco Pica Cube 4C an ideal choice for this project. Nick commented: “I needed a fixture that would be compact enough to fit under the platform but also produce a great amount of punch through an opening diameter of roughly 2". Second, the fixture needed to operate via wireless DMX and on battery power, as this platform is in constant motion around the stage. Third, I needed a very tight beam, making the native 8-degree spread on the Pica an optimal choice. And last, of course, the color mixing out of the Osram multi-chip LED is beautiful in both the saturated and pastel range. Overall, it was a great fit!”

To learn more about Nick Davidson’s extensive and varied lighting design work, please visit his website: nwd.design. If you’d like to learn more about the compact fixtures that Nick used to create the powerful, “architectural” beams of light in A Long Journey Home, explore the Pica Cube 4C product page on our website.

An Ode To Marley Floor

Adagio Tour™ Continues To Roll Out The Competition Floor For Leap!