I caught up with my old friend Daniel Sonenberg, the Senior Lighting Director at Freeman Audio Visual - Canada. Our discussion uncovered how RoscoLED Tape VariColor could solve an issue Freeman and Daniel had inherited in the Vanity Fair Ballroom inside the Omni King Edward Hotel in Toronto. 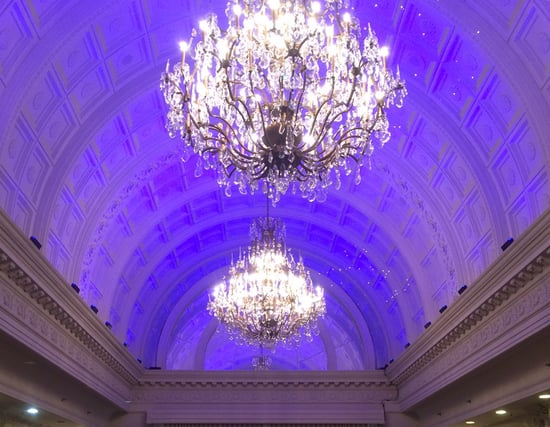 The Vanity Fair Ballroom before renovations - note the uneven coverage and the black, boxy fixtures on the sides

The 50ft long ballroom is frequently used as a meeting room by several of the local financial institutions, and its classic styling also makes it a popular venue for weddings and upscale corporate events. The hotel was hoping Daniel could improve how the arched ceiling in the space was lit. In particular, they wanted the light above to be more even and they wanted to hide any unsightly fixtures to preserve the lines and styling of the ballroom’s architecture.

During our discussion, we asked the question: could LED tape do the job? Could the product, with its 120° angle of light spread, wash evenly enough to illuminate the entire ceiling from both sides? Maintaining the evenness of the light along the length of the room was not a problem. The issue was getting enough even intensity up to the top of the ceiling. The solution was Rosco’s new, aluminum RoscoLED Tape Profiles that feature different lenses to alter the beam angle of the emitter’s output. 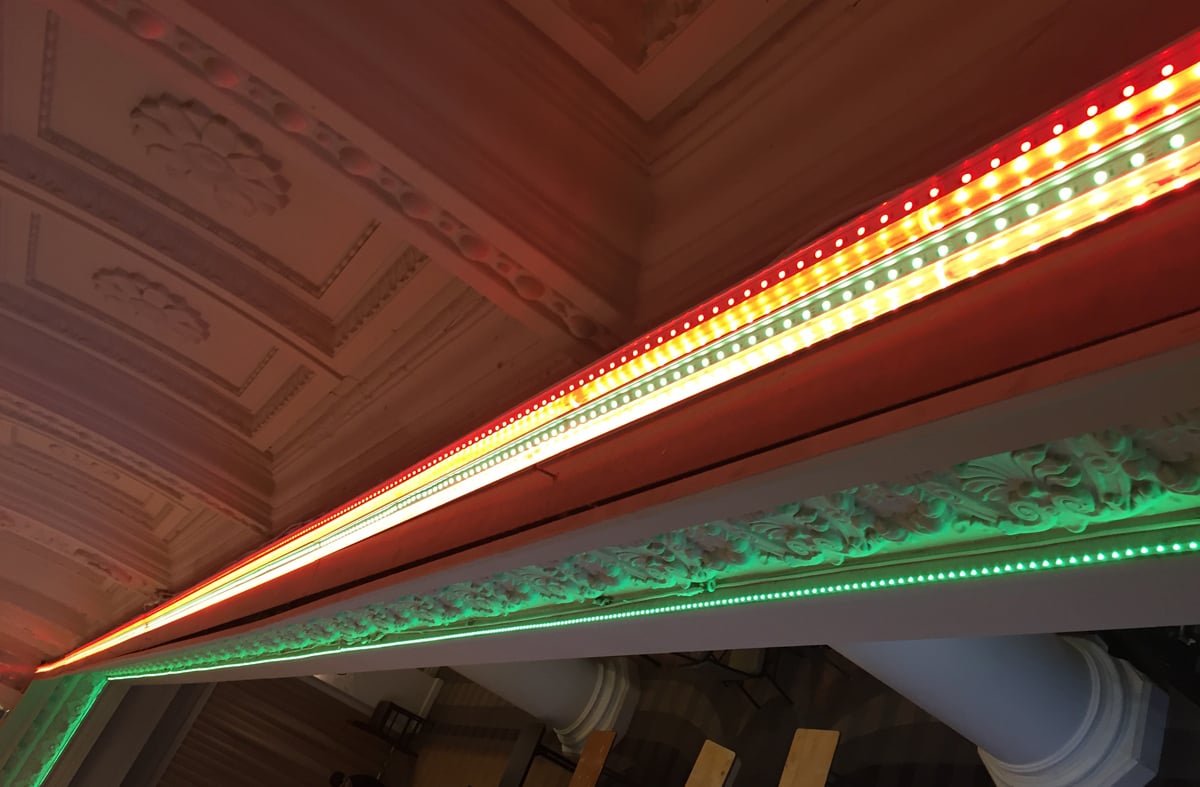 I ended up making a 1m prototype board using three lengths of RoscoLED Tape VariColor, and all three rows were mounted inside the aluminum RoscoLED Tape Profiles. The first row was mounted in a 1708 Profile with a clear lens; the second row was mounted in a 1713 Profile that features a 60° lens; and the third row was mounted in a 1720 Profile that features a 30° lens. The theory being that the row that needed to throw the furthest distance would need the narrowest lens. The prototype board was then placed on a 20° angle, and geometry did the rest. During the test, we did notice that the center of the ceiling was not as bright as the side edges closest to the lights; so a second row of RoscoLED Tape with a 30° lens was added to bolster the area lit farthest away from the emitters. I also noticed that the relief architecture encircling the space had a lower ridge that would also accommodate the RoscoLED Tape, so I included that on the proposal as well.

The proposal was accepted and we began work on assembling the panels for installation. 1m and 500cm sections of RoscoLED Profiles were mounted onto 4in x 8ft Sintra Boards. The Sintra boards were laid end-to-end inside the lighting trough and set at the appropriate 20° angle. The 5m RoscoLED VariColor product was then laid in the Profiles and the lenses clipped into place. Each row of product was connected to its own RoscoLED DMX Decoder, where the address was mirrored on the opposite side of the room, and powered by RoscoLED 600W/24v Power Supplies. The results exceeded all expectations. The strips are completely hidden from view and the evenness and intensity astounded Daniel and his Freeman colleagues, as well as the hotel management team that requested the upgrade. The color blending of the RoscoLED Tape VariColor not only shows off the ceiling in all of its splendor, but the color combination options for their clients are seemingly endless. The four rows of color-mixing LEDs also allow for an ombré of color from the lower level of the ceiling all the way up to its peak, and the additional row of RoscoLED Tape illuminating the lower ridge proved to be an attractive accent that showcases the architectural detail of the space as well. 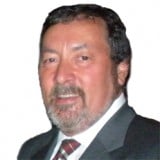