The Ford Rouge Factory Tour, part of The Henry Ford Museum in Dearborn, Michigan, was recently upgraded to showcase Ford’s rich history as well as offer a glimpse into the innovative future of the Ford F-150. The facility’s key attraction, the Manufacturing Innovation Theater, created, developed and produced by BRC Imagination Arts, was re-imagined from the ground up using state-of-the-art technology –including Rosco’s Intelligent Fog System – to create a multisensory exploration of the entire Ford F-150 manufacturing process. 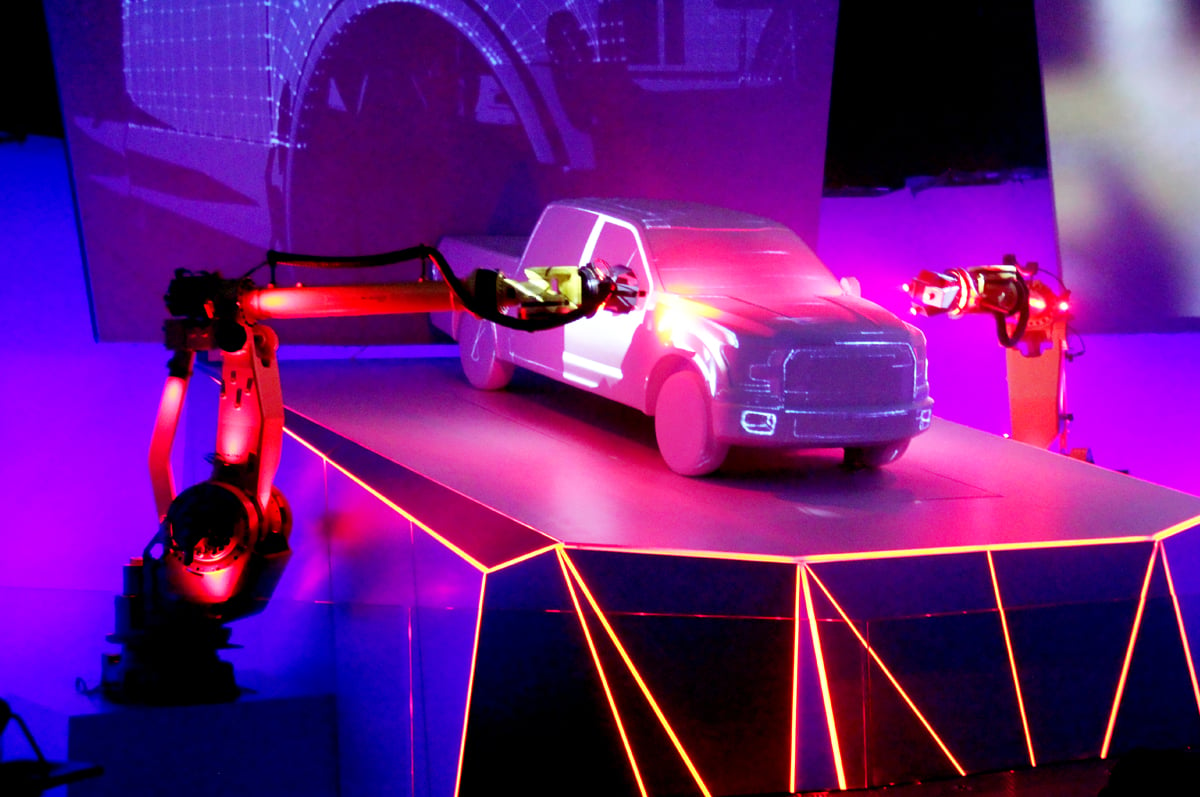 BRC Imagination Arts combined storytelling with multimedia effects to create a show that would highlight the F-150’s engineering achievements and inspire future generations of designers and engineers. 3D projection mapping, laser effects, moving robots, vibrating seats, gusts of wind and powerful fog and haze effects all combine together to immerse the audience in Ford’s manufacturing process - from the design to the engineering to the assembly of a Ford F-150 pickup truck.

BRC wanted to use fog and haze to highlight certain moments of the show and create unique special effects – emphasizing the F-150’s entrance onto the stage, for example. One Rosco IFS Head was strategically mounted under the lift to produce thick clouds of fog and obscure the truck’s appearance on stage. Two other IFS heads are installed in the catwalks above the stage to create haze effects that would showcase the laser beams in the show.

The show ends with a flash of lights and another burst of fog from the IFS under the stage as the F-150 quickly disappears again. 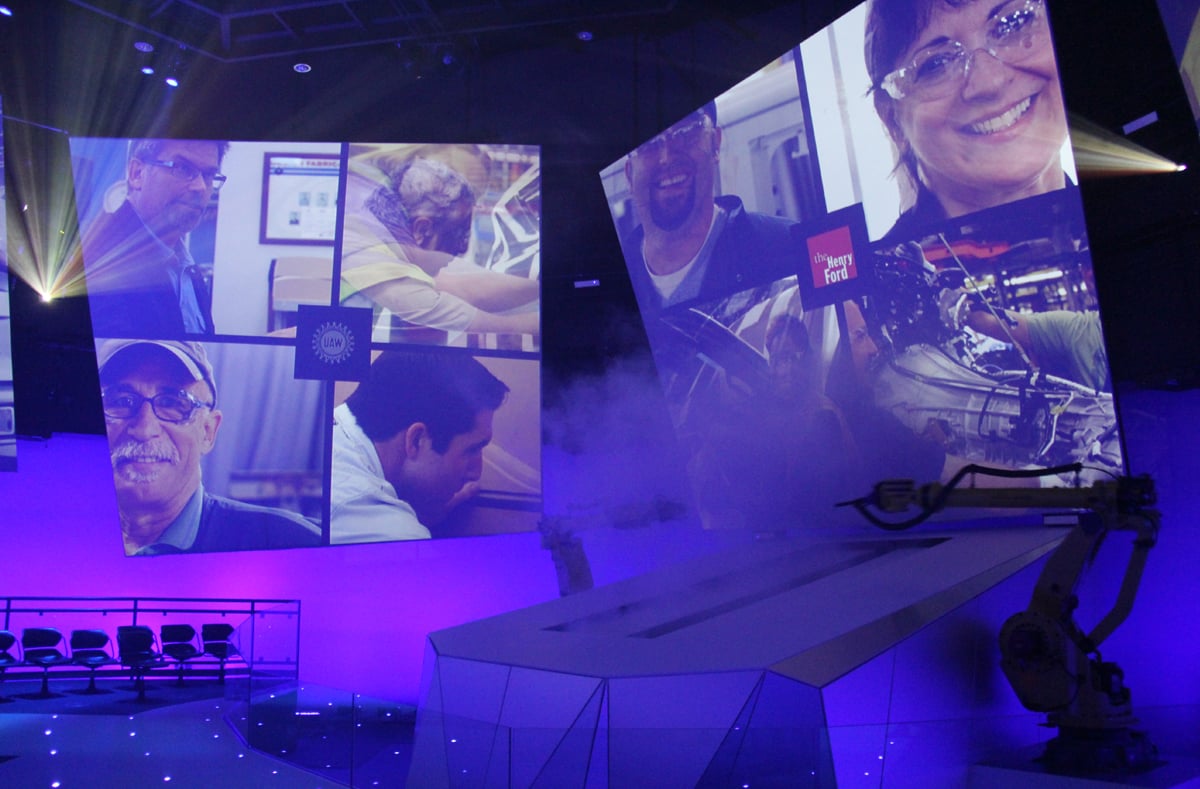 The BRC team needed fog & haze effects that would also disappear quickly in order to keep their projections visible as the show continued. This meant they needed a fluid that would dissipate swiftly in order not to interfere with consecutive scenes. After experimenting with different fog fluids, the quick-dissipating Rosco Stage & Studio Fog Fluid proved to be the right choice for this project. 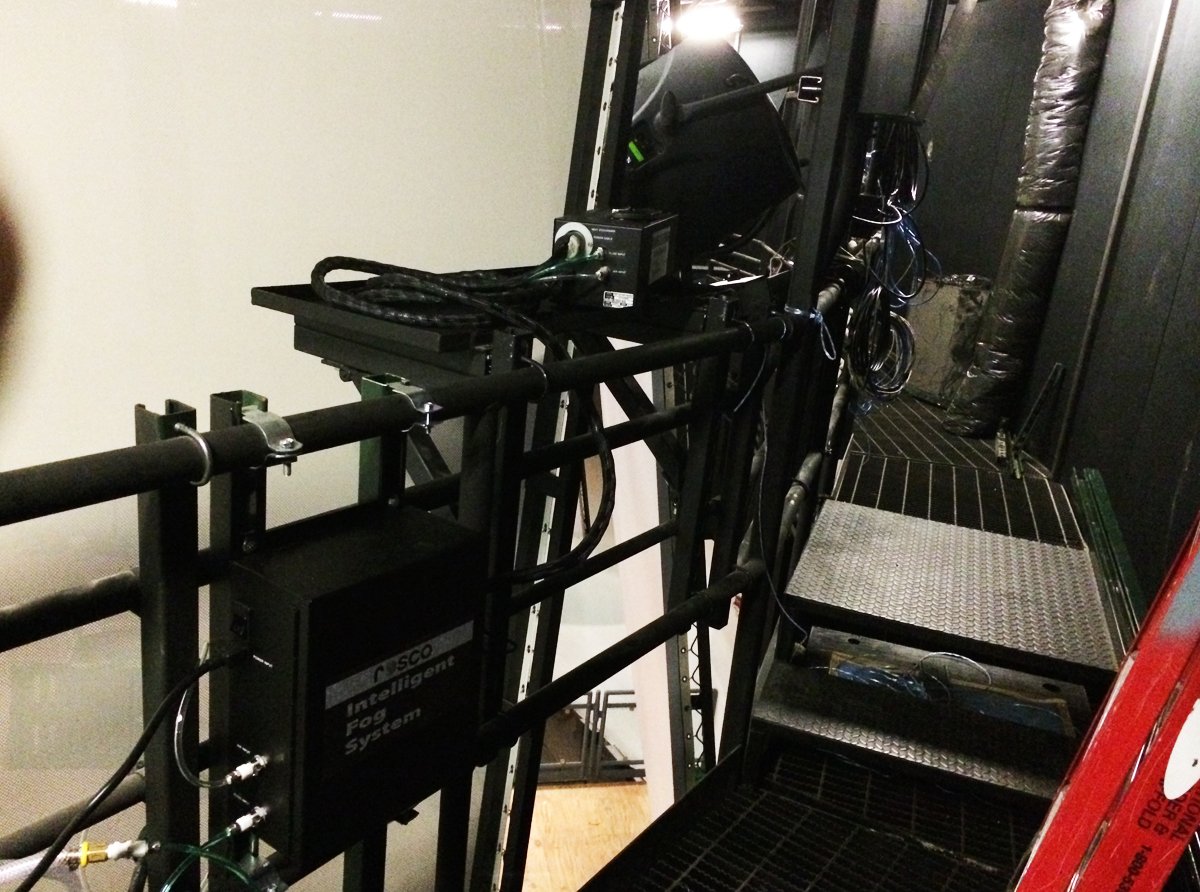 The Rosco Intelligent Fog System provided a long-term fog and haze solution for the Manufacturing Innovation Theatre. Its self-cleaning functionality, modular components and its centralized fluid delivery system were all desirable features for this permanent fog-generating installation. 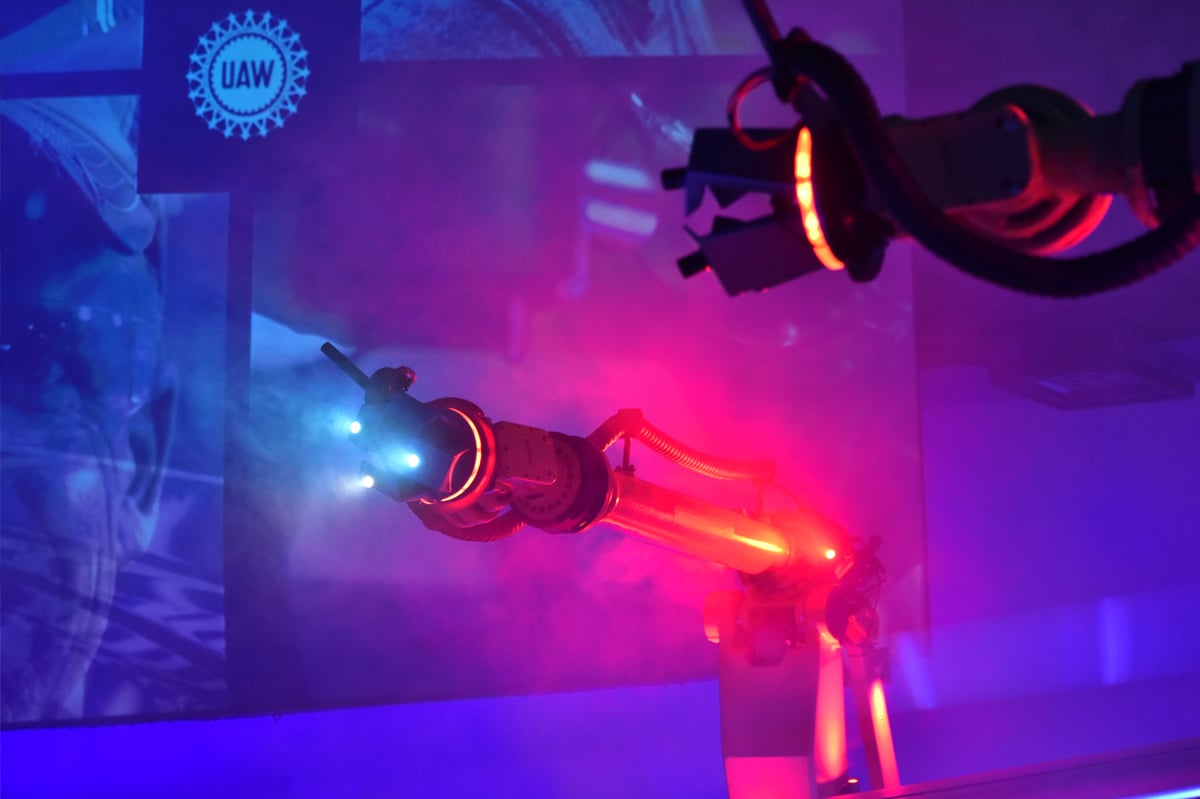 The BRC team set out to create a show that would be as innovative as the Ford F-150. “This is a truck that is going to change the industry, and we needed to have a theatre that would match,” said Cynthia Jones, General Manager at the Ford Rouge Factory Tour, in a press release. We were thrilled to play a part in showcasing Ford’s innovation with our unique and innovative Intelligent Fog System. Visit the Intelligent Fog System product page on our website to learn more.

The above visitor experience, along with its photos & videos, was created, developed and produced by BRC Imagination Arts

Theatrical Effects Enrich The Experience Inside The Museum Of The Bible