Four Times Square, located in Midtown Manhattan, is widely regarded as the nation’s first green skyscraper. Formerly known as the Condé Nast Building, it was among the first in New York City to incorporate green design and construction by including energy-efficient lighting & temperature-control systems, stringent clean-construction standards, and a high percentage of recycled building materials. 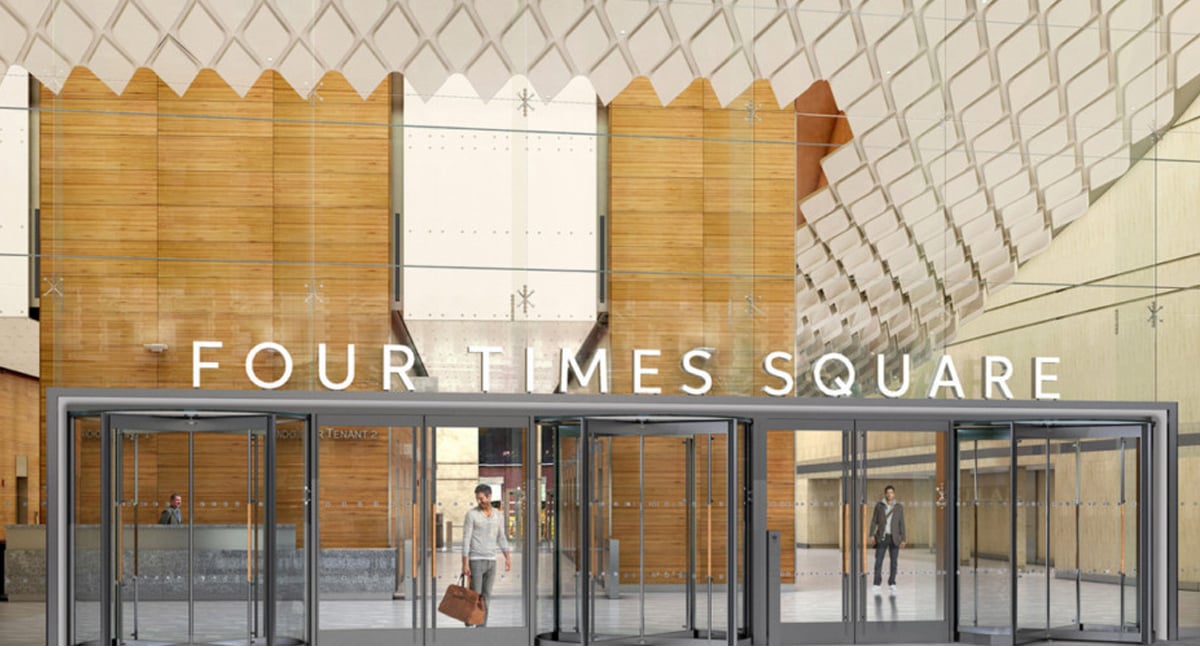 Rendering of the new lobby inside Four Times Square

The building recently underwent an improvement program which included a renovation of its entryway and lobby. The project included installation of Rosco Custom LitePad HO90 and RoscoLED Tape VariWhite, both of which fully met the needs of the lighting design and the building’s environmental standards. 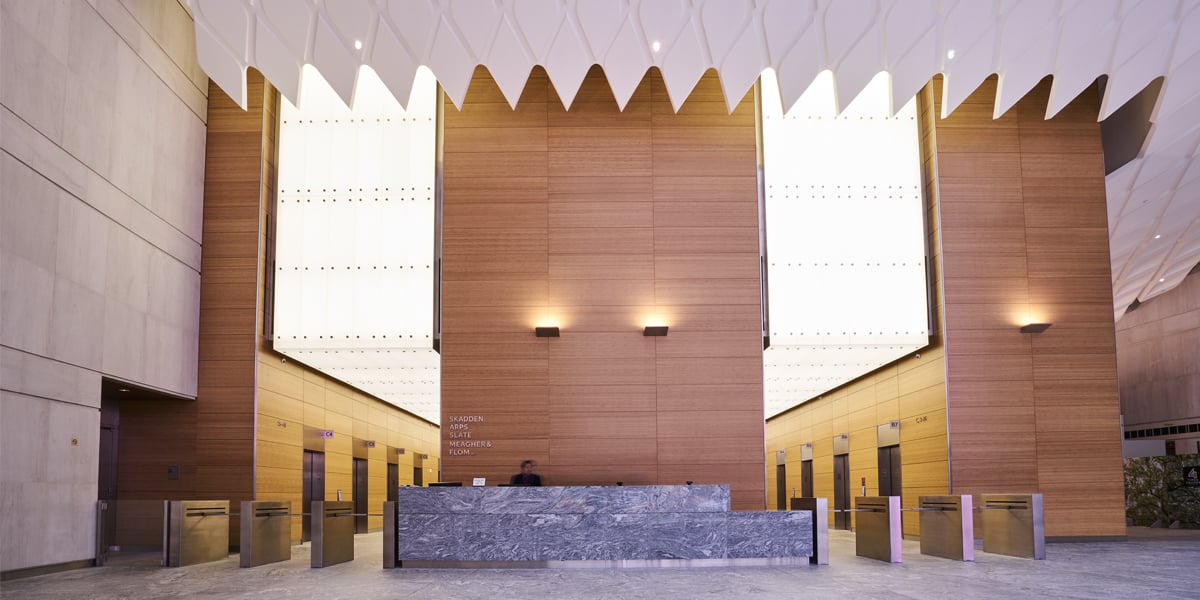 An integral part of the simplified lobby-interior design was a backlit glass ceiling assembly. The design team from HOK - New York used our 3500K Custom LitePad HO90 panels to create a continuous light source that was mounted just inches behind a pattern of translucent, glaze-laminated glass. The design resulted in a soft, bright, uniform light that welcomes guest into the lobby and escorts them toward the elevator banks.

The HOK team’s design incorporated over 200 Custom LitePad units, each sized 0.5m x 1m, that were tabbed to nest and tile together and included mounting holes to accommodate the standoffs for the glazed glass. This technique, coupled with the incredibly diffused light output from the Custom LitePads themselves, created a seamless source of light behind the glass finish. 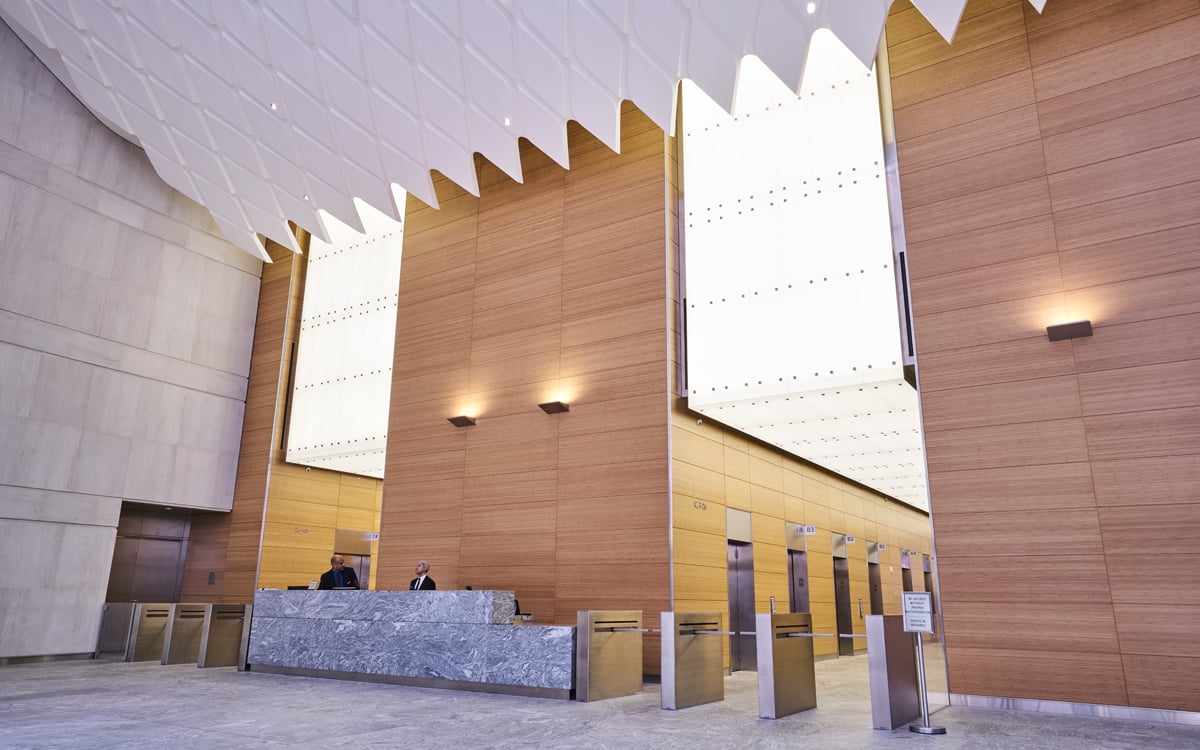 Alan Stevenson, Associate Project Architect at HOK, commented: “The effect in the new lobby is a bright, incredibly consistent plane of light overhead as occupants enter the main lobby. This effect could not be possible without a continuous, unbroken light source so close to the diffusing glass.” 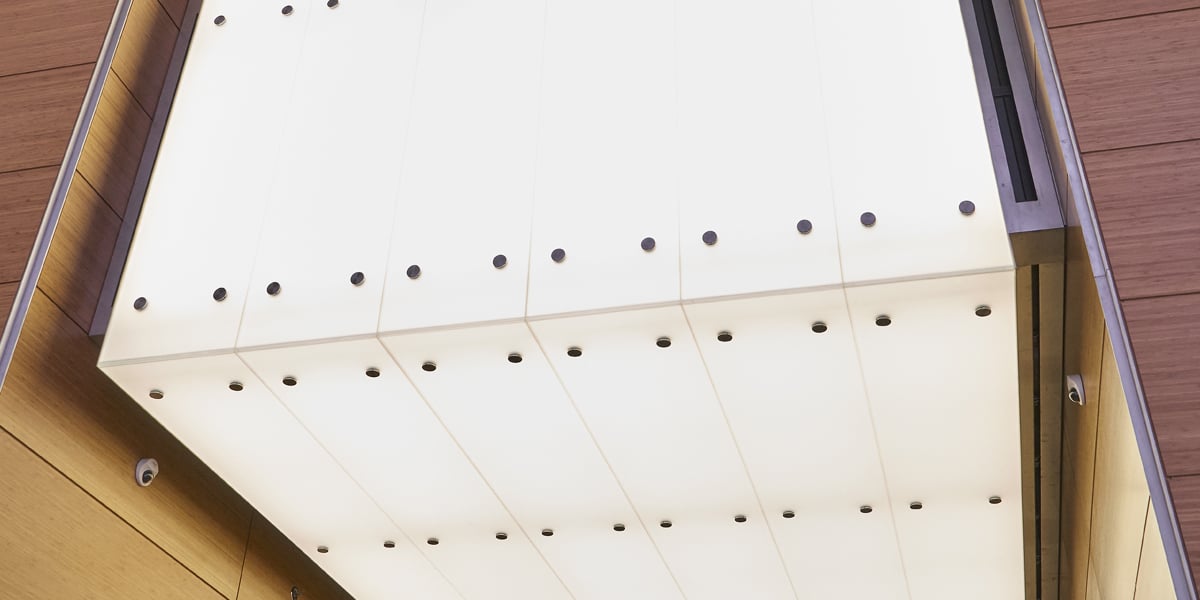 Strips of RoscoLED Tape VariWhite were installed to smooth out the lighting where the vertical LitePad walls in the lobby met the horizontal LitePad ceilings in the elevator banks. The RoscoLED Tape enabled the designers to match the color temperature of the LitePads and fine-tune the amount of light to avoid a dark spot at the junction. 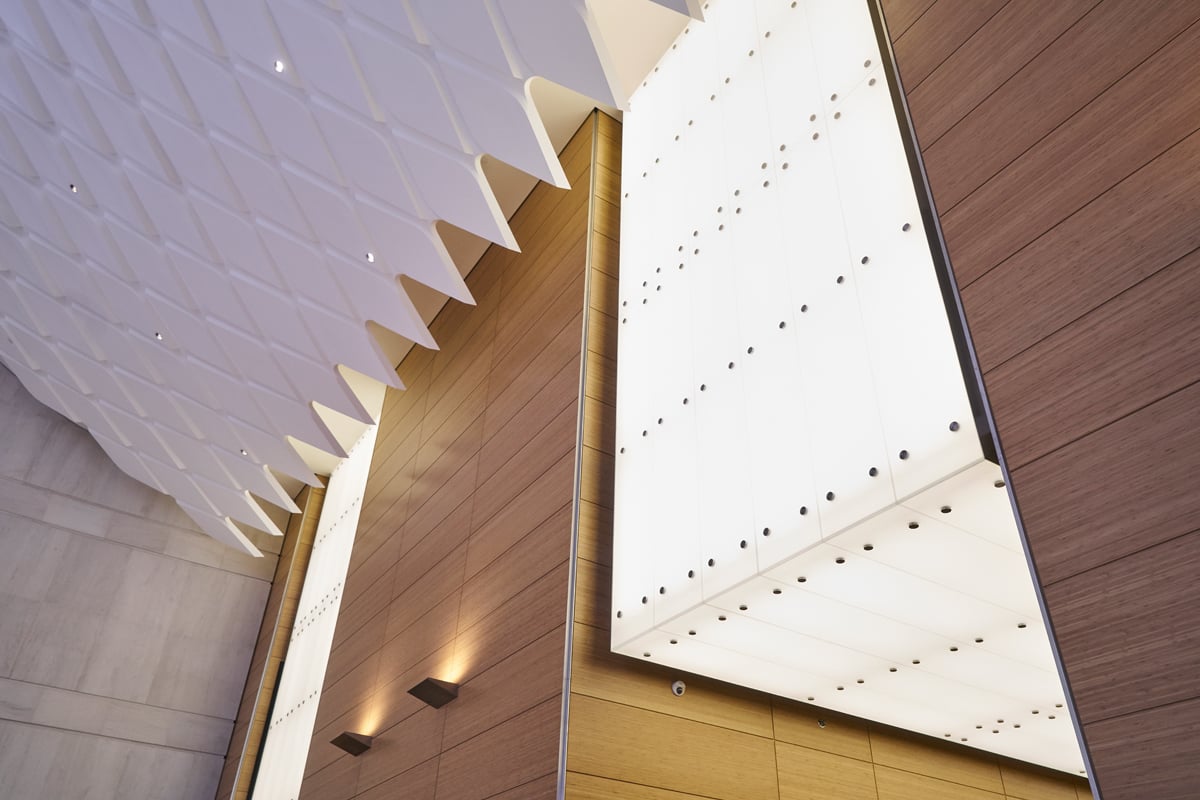 The lobby inside Four Times Square is a brilliant example of design and illumination – we’re proud to be a part of it. Thanks to Rosco dealer Barbizon Lighting Company - New York, Alan Stevenson from HOK and The Durst Organization for sharing their information about this installation with us. For more information about the products used in this installation, please visit the Rosco Custom LitePad webpage and the RoscoLED Tape VariWhite webpage.

Announcing The Evolution Of The Rosco Brand