While stage lighting is a crucial element for any art performance, backstage lighting is no less important. The lighting in the dressing and makeup rooms, for example, can have important safety and cost implications. These are details that Erich Friend, the Principal Consultant at Teqniqal Systems, considers as he provides professional consultation and design services to clients that are upgrading, renovating, or planning production spaces. Below, Erich highlights three issues he’s identified about conventional makeup mirror lighting: Safety, Cost and Light Quality, and the solution he developed utilizing Rosco Custom LitePad HO90 that addresses all three issues.

One of the inherent problems with the existing makeup mirror work light arrangements is that the lights protrude significantly over the countertop. This exposes the hot lamps to liquids around the workspace. A splash of coffee or make-up cleaner could get onto one of the lamp globes and the rapid localized cooling of the glass envelope would cause the lamp to shatter – resulting in broken glass while exposing the energized filament leads.

Additionally, incandescent lamps extending over the countertops also present a hot element that could burn flesh, or melt costume fabrics and wigs – despite the safety cage. Some production spaces have opted to replace their hot incandescent bulbs with cool-running Compact Fluorescent Lamps. While they don’t run as hot, CFL’s have been known to come apart exposing the lamp’s high voltage connectors.

Another common fault I’ve seen with the caged lamps is that the entire housing can be torn loose from the base. Whether it’s items on the counter tipping and falling, actors inadvertently catching the cage with a hand or foot during warm-ups, or costumes getting hung on the wire cages – having the lights protrude over the countertop presents a safety hazard inside makeup/dressing rooms. 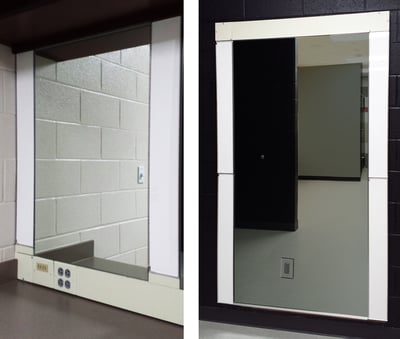 Rosco Custom LitePad HO90 units were recently specified in lieu of traditional cage lights around the dressing and makeup mirrors at Cypress Park High School in Cypress, Texas. The durable LitePads are only 0.3” thick, allowing them to install flush with the mirror and create a uniform surface that doesn’t get in the way of the faces, hands, elbows, brush handles and other tools on the countertop.  Wig stands, hair dryers, curling irons, etc., can all fit without bumping into the lights – and if they do, they won’t melt because the face of LitePads stays cool-to-the-touch. 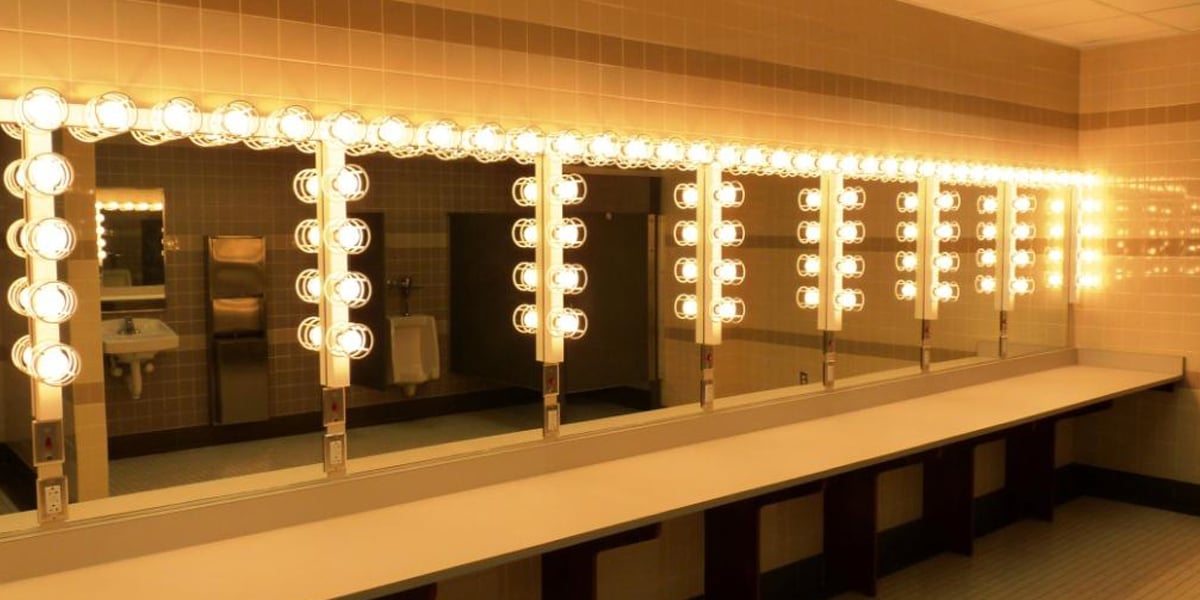 Not only are hot incandescent lights a safety hazard, they also introduce an enormous amount of heat into the room. This either creates an uncomfortable, sweaty working situation, or it involves significant HVAC costs to keep the area cool – or both. From an energy consumption standpoint, every Watt of heat produced in a workspace necessitates another 1-1.5 Watts of air conditioning to remove it. 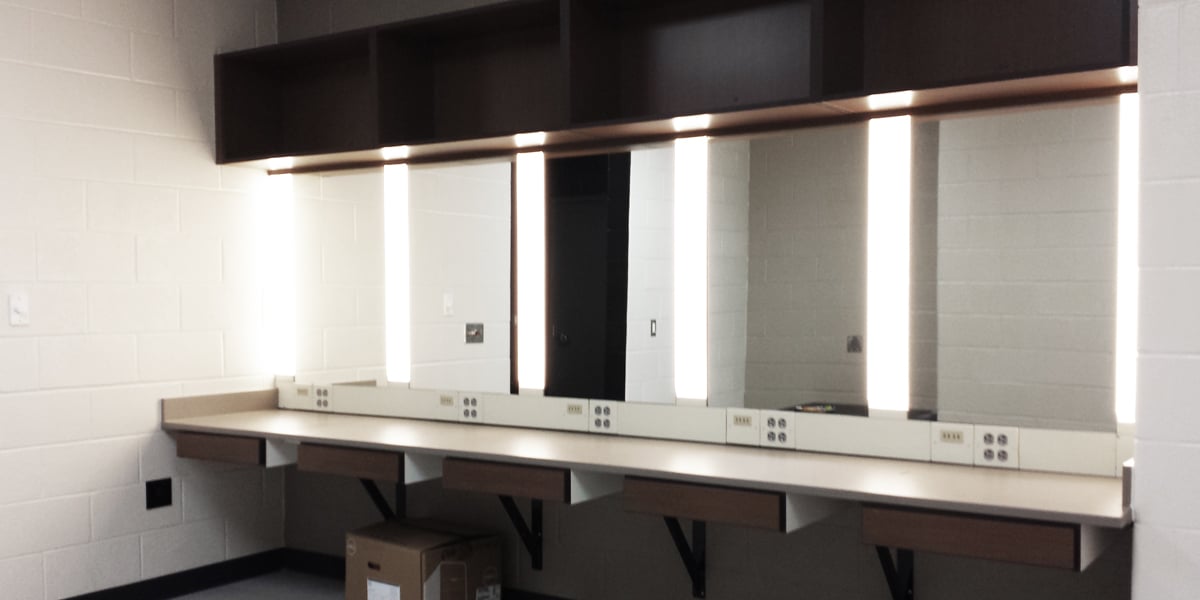 In this example at Cypress Park High School, Teqniqal Systems specified 36”L x 4.75”W Custom LitePads that only used 23 Watts each to replace multiple 60W or 90W incandescent lamps – providing the school district with a substantial power reduction relative to the dressing and makeup rooms inside other venues. In addition, due to the LitePad’s cool-running LEDs, less heat is now generated inside those rooms – resulting in less HVAC power consumption to keep them cool. 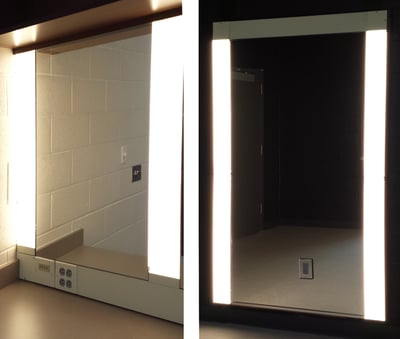 It’s necessary to be conscientious about providing a consistent quality of lighting throughout the production workflow. By providing lighting with high color quality backstage – makeup, costume, and set design colors will render ‘as-designed’ on stage. This can save on re-work at many different phases of a production.

Both Compact Fluorescent and LED replacement bulbs have poor color quality, and LED replacement bulbs, while better than they used to be, still also produce a directional output that doesn’t cover evenly and produces harsh shadows. The soft, even light produced by Rosco’s Custom LitePad HO90 provides the high CRI output needed to accurately render color so that makeup and costumes in the backstage mirrors appear the same once they go onstage.

Erich Friend has specified several of his Custom LitePad HO90 mirror lighting solutions inside makeup and dressing rooms all over Texas. If you are considering an LED upgrade inside your facility, contact Teqniqal Systems for their professional advice and a design services proposal.