In 2016, Pantone 448 C was declared as the world’s ugliest color. So ugly, in fact, an Australian research and marketing project covered cigarette packs in the color and successfully discouraged people from smoking. While most people may be disgusted with this green/brown color, often called “Opaque Couché," we in the scenic art biz call it Raw Umber - and we are madly in love with it! 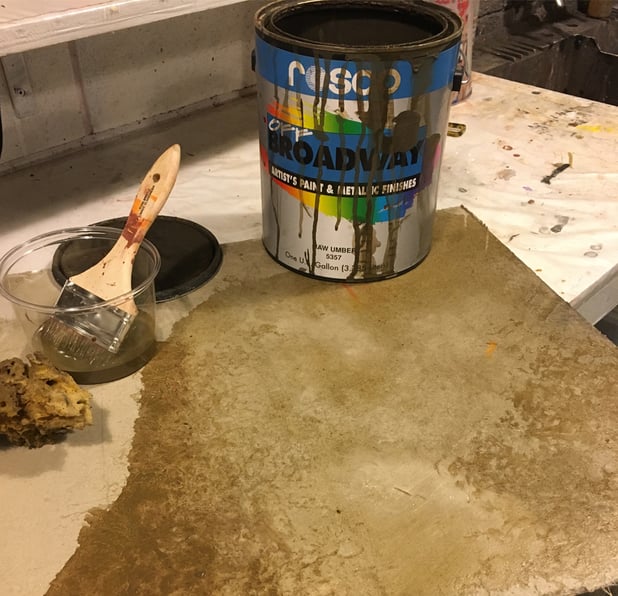 Rosco's Off Broadway Raw Umber is one of the few colors most scenic, and prop artists will use straight out the can - no mixing necessary! Once it's thinned out with water, this paint makes almost anything look old, dirty, and gross with just a pass or two of thin washes and spatter.

Because this hue looks like a readily available earth tone, I'm often asked, "isn't this one of those colors I can pick up at the local paint store?" I have to say that I am unimpressed with the results. Above is a comparison that illustrates the difference between the house paint match and the original Off Broadway Raw Umber. It kind of works, but it ain’t nearly as sexy and I don't find the house paint as reliable as the Off Broadway.

I painted these large vases for the Denver Center in 2007. Note how the drips & washes of Raw Umber add age to the vases and bring out their dimensionality. I also put the Raw Umber to work painting the old, grungy sidewalk set below for Penumbra Theatre Scenic Elements. 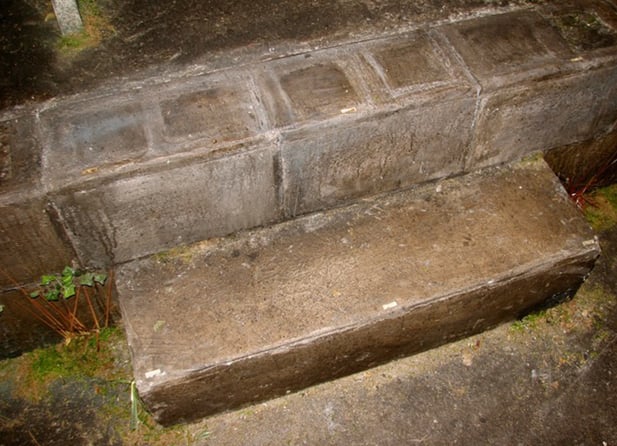 The next time your designer asks you to create a dirty sidewalk, moldy plaster walls or to dirty up a new prop so it looks old and gross - go with what’s already ugly and crack open a can of Off Broadway #5357 Raw Umber. 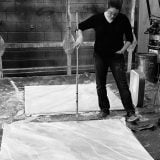 Primed For The WILD PARTY! Learn How To Use CrystalGel As A Primer