Jay P. Morgan from The Slanted Lens recently took us on a tour at The Mannequin Gallery in L.A. to show us how to light an interview in mixed lighting situations using Rosco's LitePad Vector CCT LED lights. 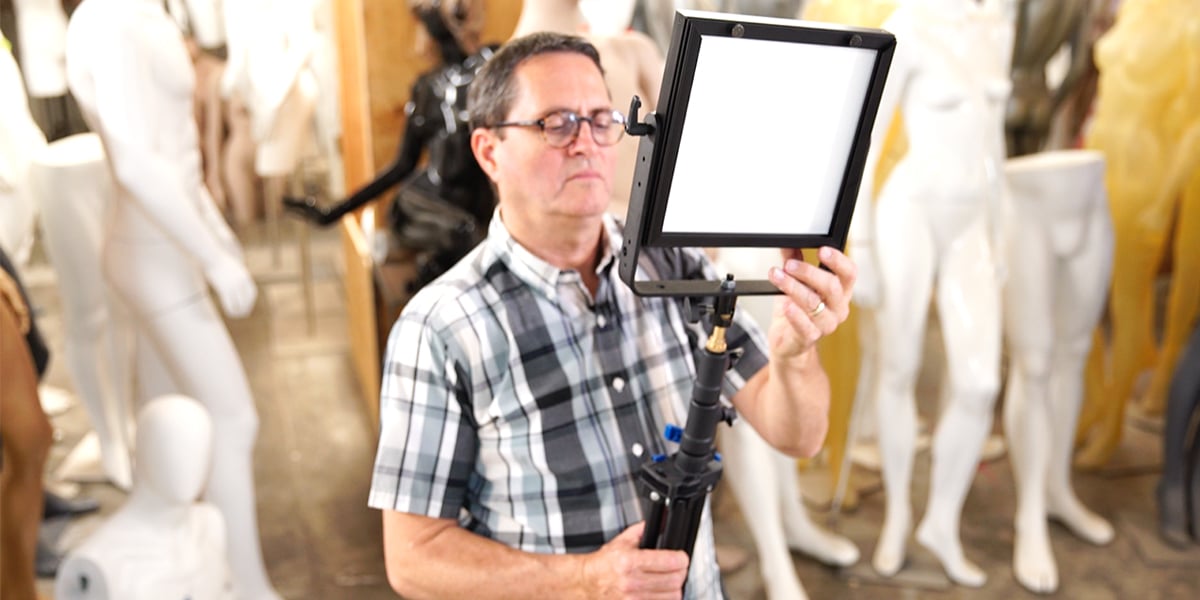 Jay P. arrived with everything he needed to do an interview, including four Vectors, egg crates, gels, and three LitePad light stands. Jay P. loves the indestructibility and convenience of the Vector, and the fact that he can use a battery instead of searching for power on location is a huge time saver for him. 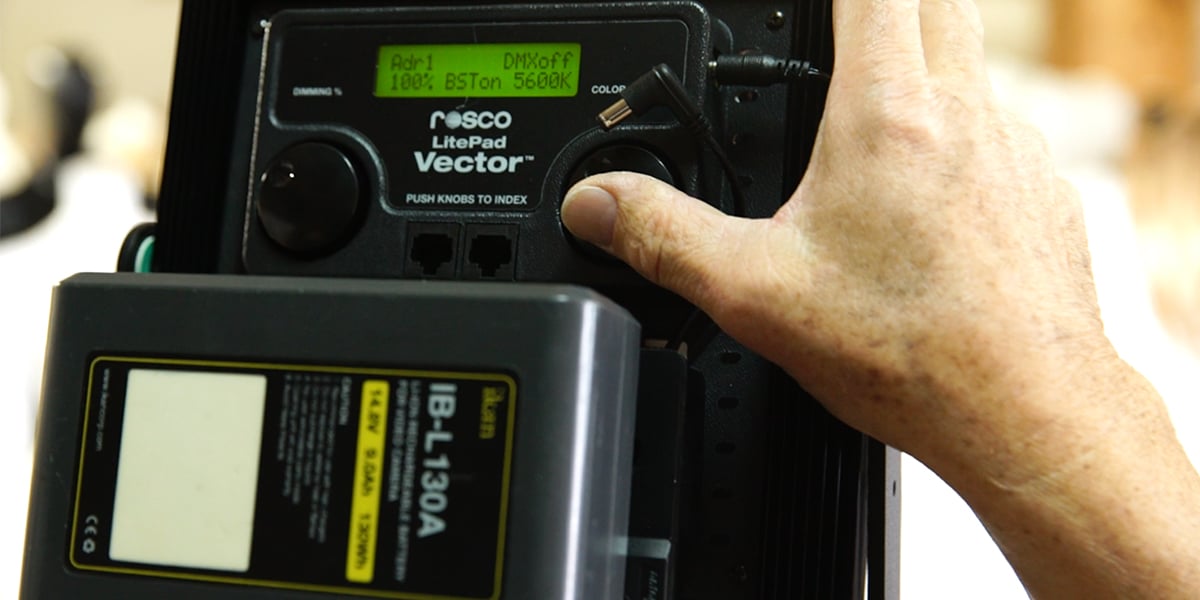 There’s a lot that goes into setting up an interview, including choosing the proper angle of your lights and finding the right location. He ended up shooting in an alley of mannequins with a group of gold and flesh colored mannequins in the background and white mannequins lining the left side. Jay P. began by setting up one LitePad Vector as his key light. "The Vector is so compact it’s easy to work in tight spaces like this." He positioned it right in between the mannequins and the subject to create a nice soft light on her face." 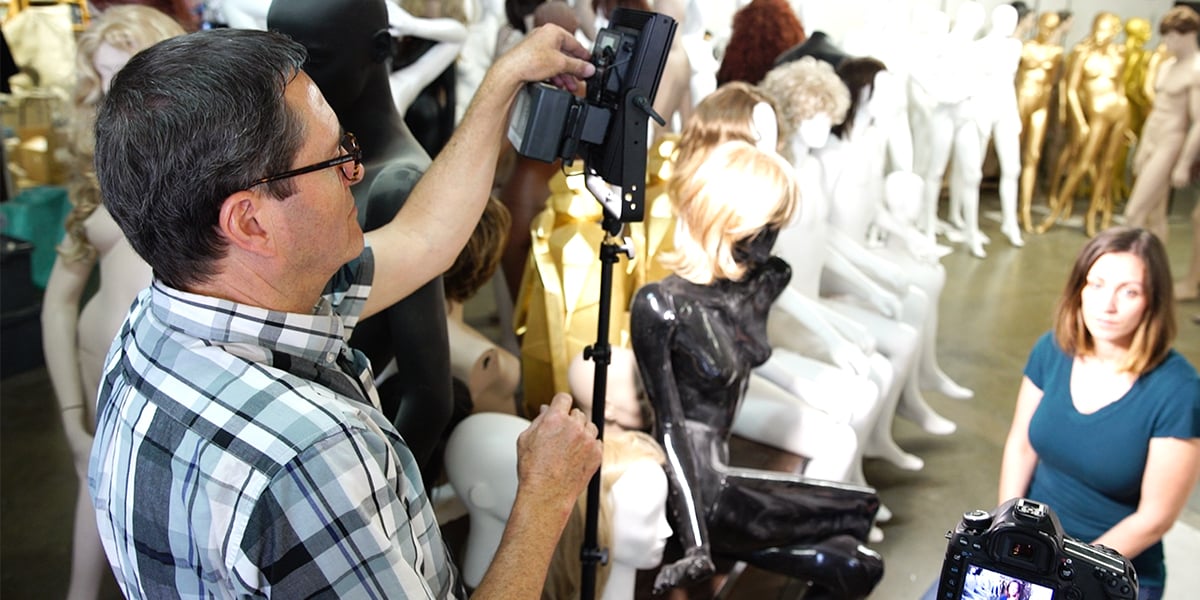 Jay P. also had to decide what to do about the ambient light in the shot, including: fluorescents overhead and sunlight coming through the garage doors to work with. He needed to figure out how to best use the light he already had to complement the LitePad Vector lights he brought with him. Jay P. felt that the fluorescent light from above created "a nice atmosphere" for the background of the shot, and then decided to experiment with how to treat the daylight coming in through the garage doors. He decided to position the shot in such a way that the garage light came from behind him to act as additional fill light. 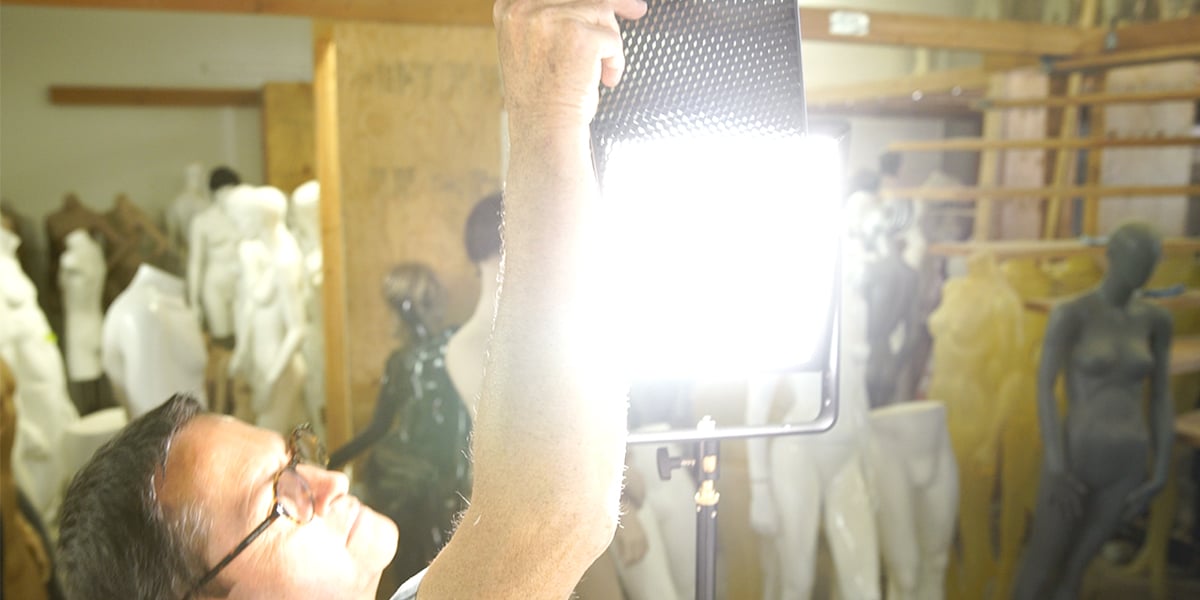 As Jay P. put up more LitePad Vectors, he found that too much light was spilling everywhere causing the shot to look flat. He used a LitePad Vector Egg Crate on his hair light for a nice highlight that "looked great and made everything look more balanced." 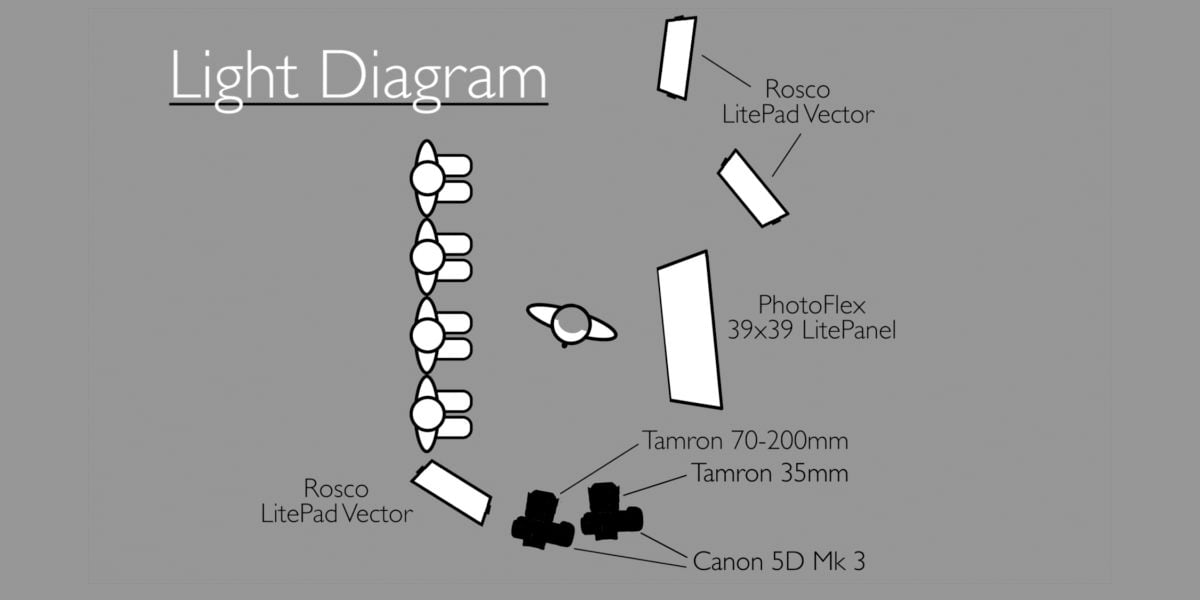 Finally, Jay P. used an additional Vector to supplement the fluorescent background lighting. "This gave a subtle ambience to the mannequins in the background and really finished off the look of the scene."