L.A. Sentimental Expressing the Mood of City Hall with Color

Founded in 1977, Angstrom Lighting is one of the only Los Angeles lighting companies that’s an approved vendor of L.A. County. Because of that, Angstrom has been responsible for illuminating L.A. City Hall for the past three decades – including changing the color-scheme of the building to celebrate an event, pay homage to a group or individual, bring awareness to a cause or simply convey the mood of the city to its residents. The building is lit by a number of different metal-halide fixtures, and the Angstrom Lighting crews have been using Roscolux color filters to color L.A. City Hall since the beginning.

On June 6th, 2016, Los Angeles City Hall was lit in rainbow colors in celebration of LGBTQ Heritage Month, which kicked off a series of Pride-related events held throughout the city – leading up to the LA Pride Music Festival & Parade the following weekend. According to Angstrom Lighting President Evan Weissman, this was one of their biggest challenges to date because “the building isn’t set up for traditional uplighting – the fixtures are installed to light the building in quadrants.” Evan himself came up with the design and provided an overlay of colors to the building’s design schematics. Thankfully, Angstrom’s “L.A. City Hall Lighting Crew” knows exactly which lights cover what areas of the building and they quickly determined the number of Roscolux sheets needed of each color in order to achieve Evan’s design.

Interestingly, on June 2nd – just before it was lit for Pride Month – L.A. City Hall used Roscolux #19 Fire to illuminate the building orange in observance of the second annual National Gun Violence Awareness Day. Los Angeles joined cities across the country to honor and remember all of the victims and survivors of gun violence and to declare that our country must do more to reduce it. 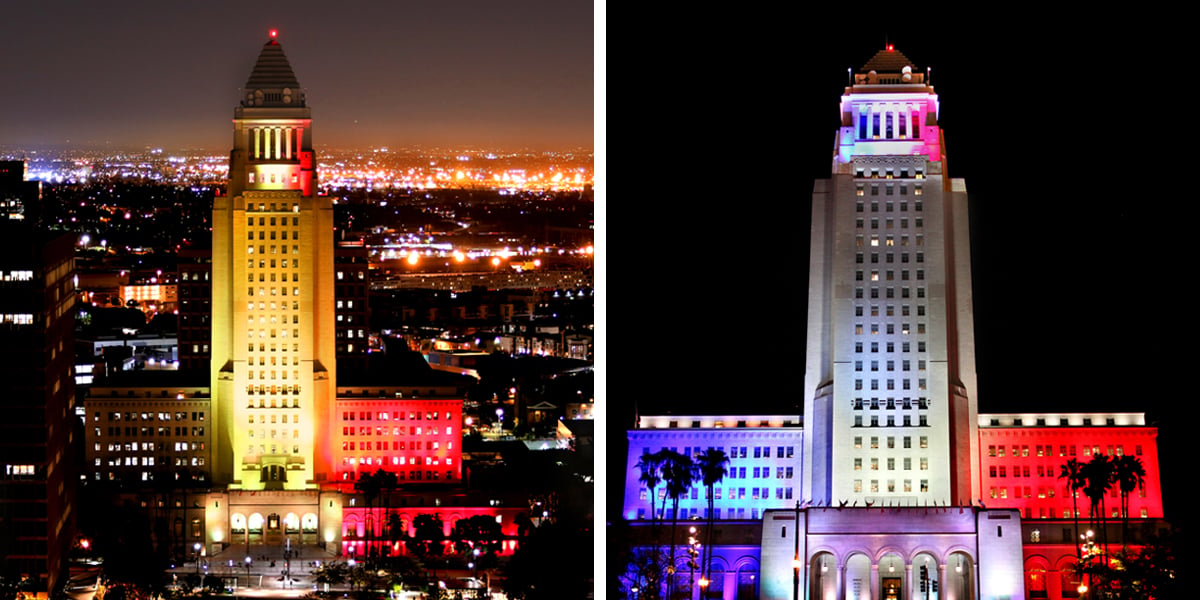 L.A. City Hall lit up in solidarity with Brussels and Paris after terrorist attacks in those cities

Whether it’s orange lighting for Gun Violence Awareness Day, Light It Up Gold for child cancer awareness, or Autism Speaks’ famous Light It Up Blue campaign – many charities and non-profits use the colorful illumination of buildings and landmarks as a technique to make people aware of their cause. Cities also bathe their iconic structures in colored light as a way to show solidarity with other municipalities when tragedy strikes – as Los Angeles reacted when it lit up its city hall after terrorists attacked Paris and Brussels.

A similar tribute was given for Prince – on the same day that he died. Eryn Bartman at Angstrom Lighting is L.A. City Hall’s first point-of-contact every time they want to change the building’s nighttime color-scheme. Evan Weissman says that “Eryn’s the one here that makes all of this happen – from taking the order from the client, to calling Rosco, to organizing the crew on the scene.” In this case, the Mayor’s office had given Eryn and her Angstrom Lighting team less than three hours’ notice to get the filter installed before dark. In fact, the crew was still installing sheets of Roscolux #358 Rose Indigo on the lights after the sun had gone down – but, it was worth it as the building ended up looking awesome in purple. If Prince had the chance to look down on L.A. City Hall that night – we’re sure he would have approved.

Another last-minute call that came in was to light up city hall in honor of L.A.’s favorite Laker – Kobe Bryant. With less than 24 hours to pull it off, Evan, Eryn and the Angstrom Lighting team designed a two-color look for the famed basketball star that used R347 Belladonna Rose and R21 Golden Amber to project Lakers purple & gold onto Los Angeles City Hall. Evan noted that this project was particularly challenging because A.) he wanted to make sure he got the “Laker’s Gold” just right and B.) it was difficult to find the proper yellow filter due to all the green content in the metal-halide lamps. After a couple hours of testing, Evan found that the magenta-content in Roscolux #21 cancelled out the green in the lamp and yielded the perfect, rich, golden hue for the building. 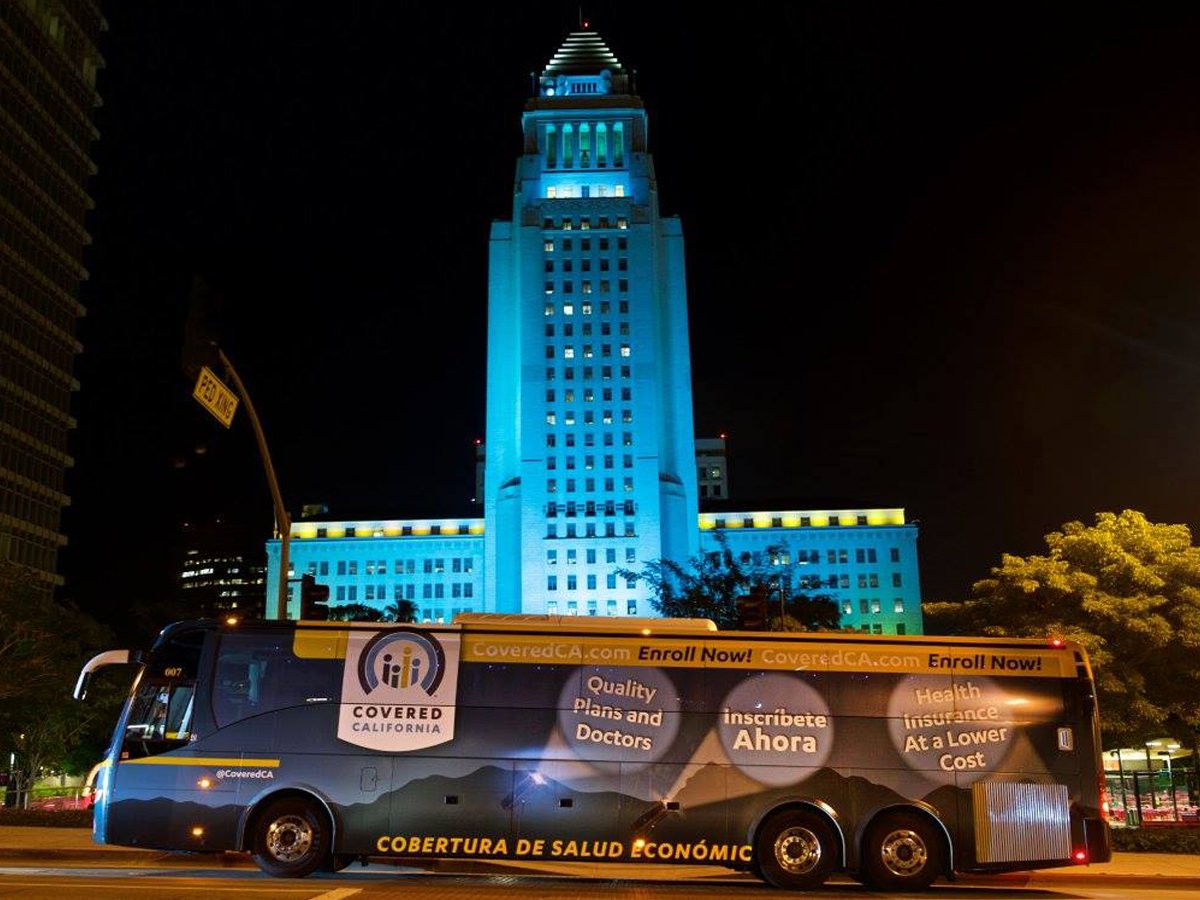 The Angstrom Lighting team loves lighting up L.A. City Hall in vibrant colors. Evan says that the building’s bright-white façade makes it “the perfect canvas to showcase expression with color.” We’re honored that Roscolux is the color palette Angstrom Lighting chooses to use as they express the emotions of Los Angeles in color.

A “1Minute” Introduction To DMG DASH™