Opera “Made In Italy” – Performed In China

The 2016 Opera Festival at the National Centre for the Performing Arts in Beijing opened with a “made in Italy” production of Richard Wagner’s Tannhäuser. Designed and directed by Pier’Alli, the unit set (rich with symbolic elements) had to accommodate the shift between the pagan environment of Venusberg , the earth-bound Wartburg that shifts from ceremonial to poetic with the famous “Ode to the Evening Star,” and finally the spiritual with Elizabeth’s death and Tannhäuser’s redemption. 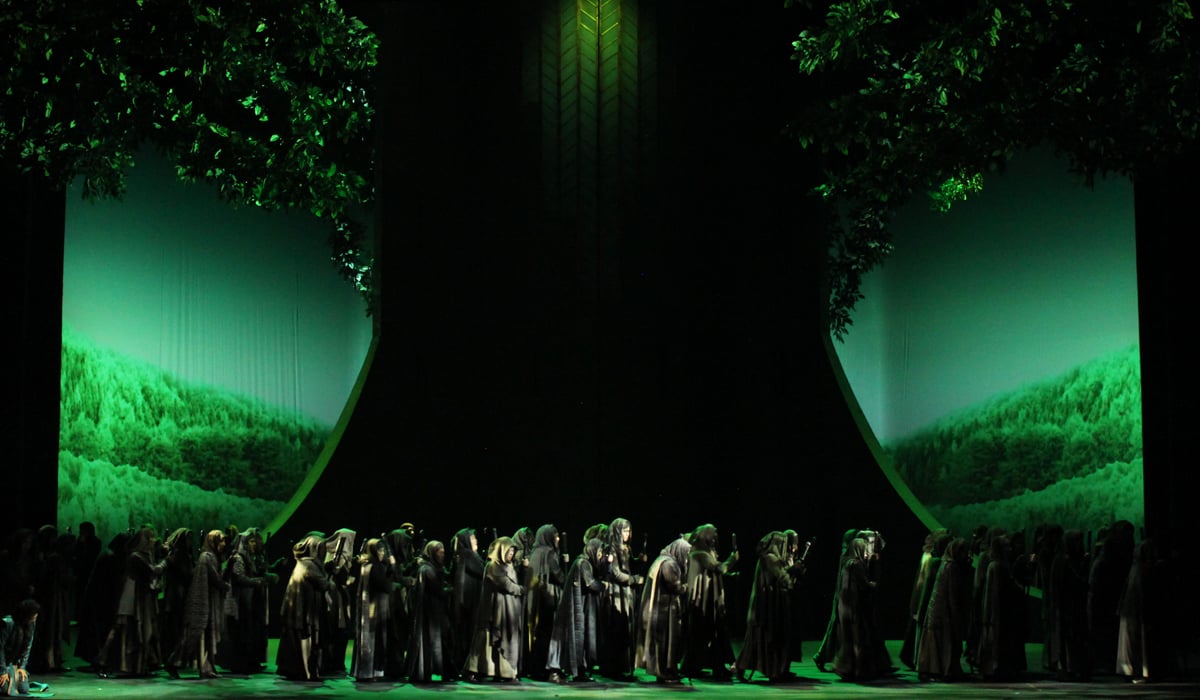 The basic set consisted of a center unit and two walls backed by a drop that was used for projections. The central unit was the element that suggested the time and place: a tree for the Pilgrims’ chorus, a window revealing the night sky for the “Evening Star” aria, or a marble pillar flanked by religious bas reliefs for the hall of song scene. The video projections joined with the hard scenery to establish the setting as in the Pilgrims’ march seen in the image above. 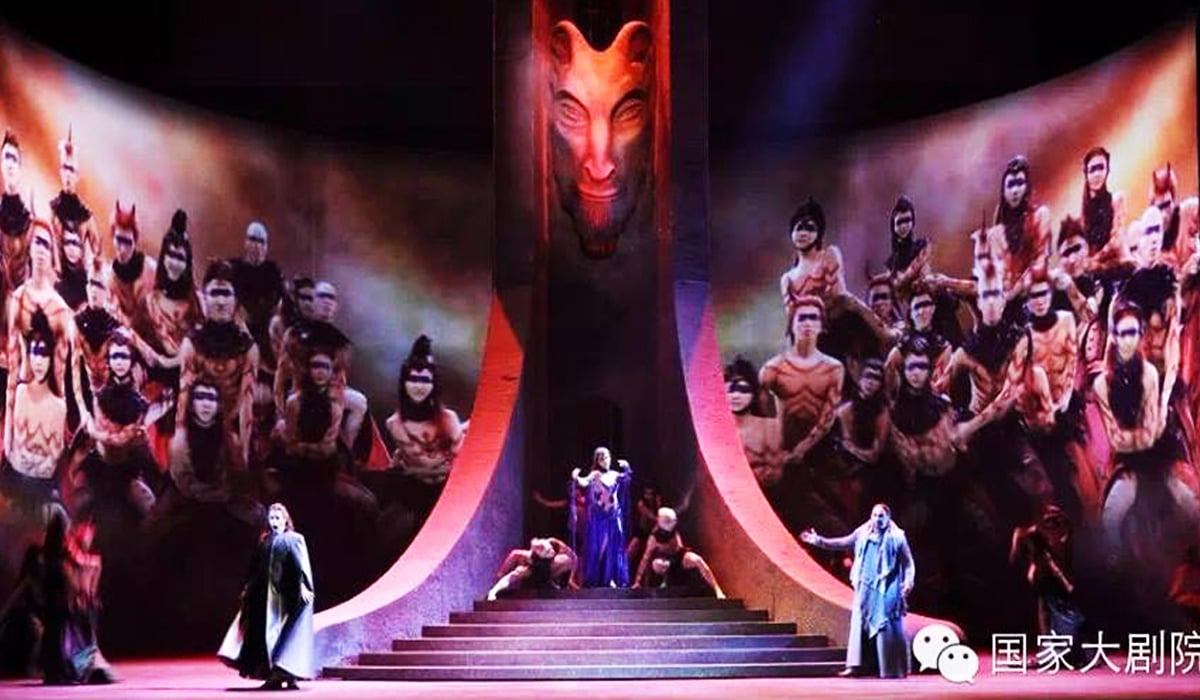 Lighting designer Franco Marri used a rich color palette throughout the piece – much of it created by moving lights. There are two color filters, however, that Marri uses all the time: E-Colour+ #244 Plus Green and E-Colour+ #652 Urban Sodium. He calls them “my travelling companions” and puts them to work as his effects colors. He also used E-Colour+ #281 3/4 CT Blue in the ballet as side light that shaped the bodies of the dancers. 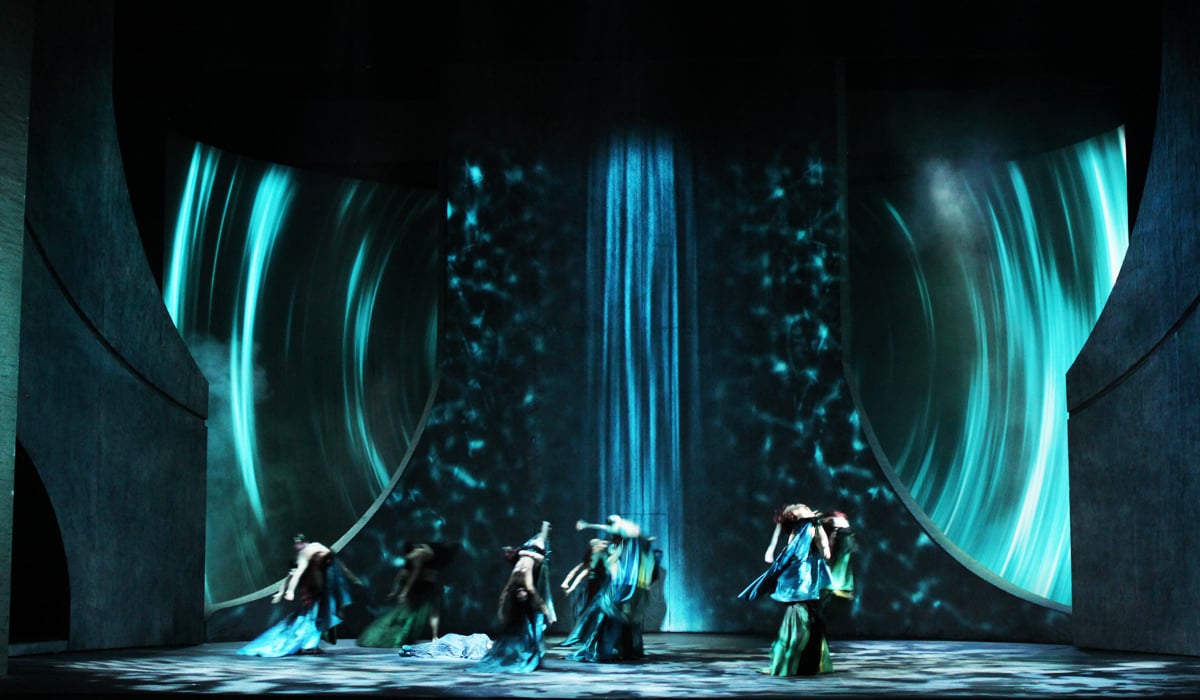 Marri created dappled light using R77806 Large Leaf Breakup in the long ballet in the Bacchanal Scene to add a three dimensional quality to the dancers. The same gobo is used to give the impression that the actors on stage are lit with sunlight passing through leafy branches. 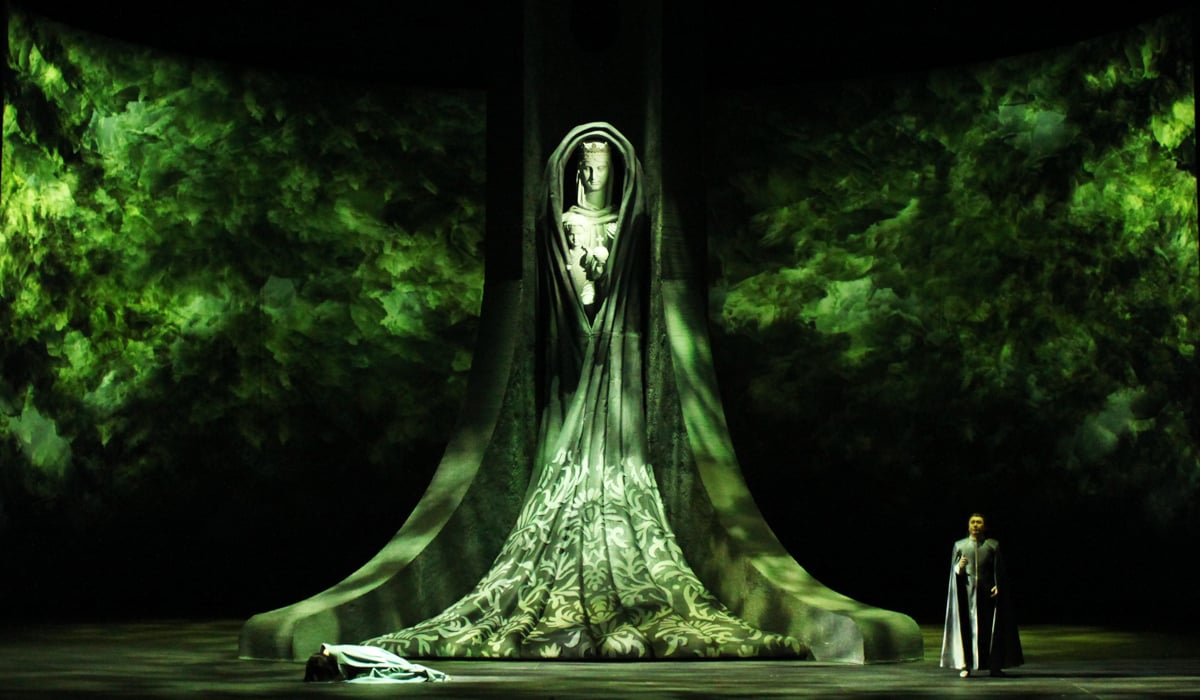 Visit China’s National Centre for the Performing Arts website or their Facebook page to see more images of this striking production of Tannhäuser.

Lighting designer Franco Marri was born in Tuscany, but has become a citizen of the world after lighting productions in opera houses in Italy, China, Israel and Europe. He ends 2016 with La Boheme at Opera Royal de Wallonie in Liege, Belgium and in 2017 he will light a production of Carmen at Die Bayerische Staatsoper in Munich.

A Spotlight on the Colorful Physics of Lighting

Fluorescent Light Is Alive, Well And In Color