Van Hove’s review begins by explaining Vector’s roots. “Rosco is generally known for getting fixtures into small places (as exemplified with their previous LitePad technology). In this case, the Vectors are no different, and it’s their biggest asset.” Then he determined that not only was the fixture compact and lightweight, but thanks to its ability to be powered via battery, it was also very portable. “With my Lanparte 150Wh V-Mount battery I'm able to power the light for over 4 hours running at 100% brightness. That said, I rarely blast these things and most commonly use them to produce a very subtle glow or fill effect.” 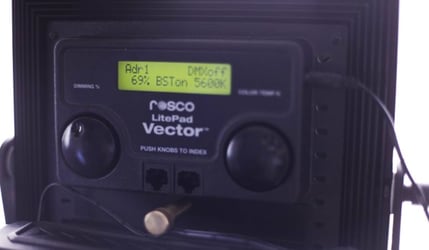 Micah’s first project where he put the features of LitePad Vector to work was a music video for the Alex G single “Bug.” Part of the action took place inside a car at dusk. Micah powered the Vector using the LitePad Car Adapter, dialed the color temperature to 3000K using the knob on the back, and placed the Vector between the driver and passenger.

“The sun was dying and we wanted to add a glow the scene. Dimmed very low it added a little bit more warmth to the scene. Though I usually prefer natural light for everything, we specifically wanted it to feel a little less natural here.”

One of Van Hove’s most recent projects would put the LitePad Vector’s compact, lightweight, portable brightness to work in a night exterior scene he had to shoot.

Caution – this video contains some language that is NSFW

“In this pickup shot for a short film, we had an actor (Bret Grantham) running down a dark street, so I decided to stick a battery powered Vector (dimmed to 50%) on a boom pole and had an operator run alongside him.” 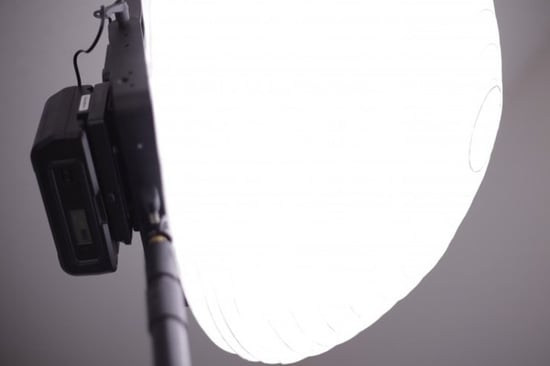 “A cool trick I found was to attach a Lanternlock 24" China Ball with its metal rings onto the front pins of the Vector—this made for a secure fit and provided a lot of soft fill. In this case, it was a fill light that became a key light during the course of the shot.” 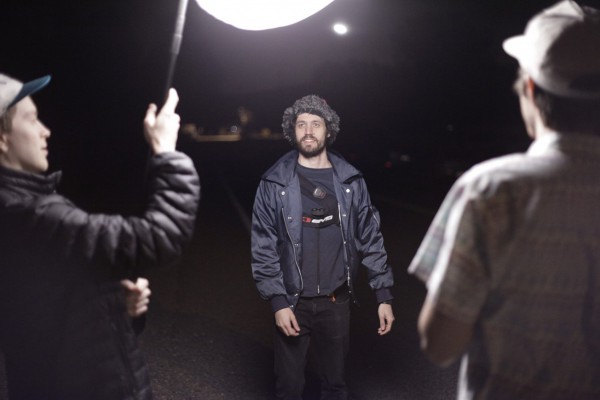 LitePad Vector is available in two models – the bi-color, variable color-temperature Vector CCT and the 6000K fixed color-temperature LitePad Daylight, which provides a little extra brightness. The Vectors also come in two convenient kits: The 3-Head LitePad Vector Location Lighting Kit that includes egg crates, light stands and gel kits – all in a rolling case, and the 2-Head Backpack Kit. Van Hove reported back that “for filmmakers working in one man band or run n' gun scenarios, the backpack kit would allow them to bring a lot of firepower wherever they may go.”

Be sure to check out Micah Van Hove’s entire LitePad Vector review over at NoFilmSchool.com. You can see all of Micah’s work on his website and on Vimeo, or follow him on Twitter and Instagram. Visit the LitePad Vector web page to learn more about this versatile LED fixture that Micah discovered for his filmmaking projects.

Trek Into The Backcountry With LitePad Vector