The Magic’s in the Glass

For a production of The Tempest at Western Illinois University, I needed to create a world that complemented the “geode design,” constructed by scenic designer Tammy Honesty – while still playing with the magic that was at the heart of the play.

After hours of research for the “right look,” I decided to explore how a Rosco Prismatic would look on the white model. I discovered that Prismatic #43805 Blue Water had the potential to deliver the colors and textures I was seeking. From there I began to integrate other Rosco Effects Glass Gobos into my research, which revealed a theme that collaborated with Director, Dr. Jeannie Woods’ analysis of the Geode representing “the transcendence of the baser elements into enlightenment.”

The set design included a beautiful canvas cyc that I filled with animated lighting effects to tell this show’s powerful story. I created a visual representation of Prospero and Ariel’s power by projecting Rosco ColorWave #33103 Magenta Ripple, which was spinning inside a Twinspin gobo rotator, onto a sheet of Mylar. The reflected effect was streaked across the cyc to create an enchanting effect for the scene.

I also needed to find a way to convey Caliban’s vindictive nature to the audience. By reflecting R43807 Warm Contrast off the Mylar and onto the cyc, I was able to create an ominous presence behind the actors on stage as Calliban received his first drink of the nectar of the gods. 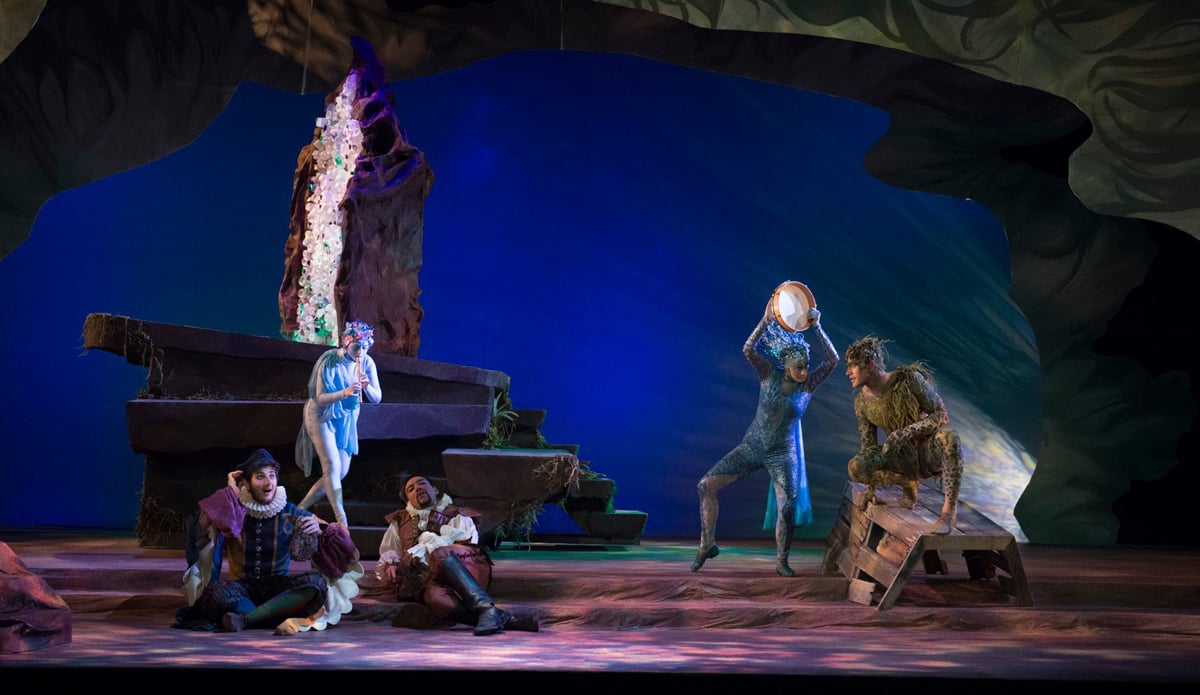 I loved how successfully these Effects Glass Gobos created harmony between the set and the director’s vision. One of the significant Prismatics I used throughout the design was R43805 Blue Water. In order for that gobo to work with my color choices, I chose R09 Pale Amber Gold and R3411 3/4 CTO as my warm gels, and R366 Jordan Blue and R75 Twilight Blue as the cool colors. I found that these particular colors complemented the lavenders and greens in the Blue Water Prismatic gobo. With the mixture of these colors and templates we constructed a majestic layer on top of the costumes that continued to enrich the magic of the play.