A Spotlight on the Colorful Physics of Lighting

Teaching children (and even adults) the basics of the physics of light and color is a formidable task. However, Italian lighting designer Liliana Ladeluca and composer Andrea Basevi created a mini-opera named Operina della Luce that manages to be didactic as well as entertaining & involving. Originally produced for the Genova Festival of Science in 2013, Operina is presently touring in celebration of the International Year of Light 2015. The text was written by famed children's author Roberto Piumini, while Ladeluca acted as both director and lighting designer. 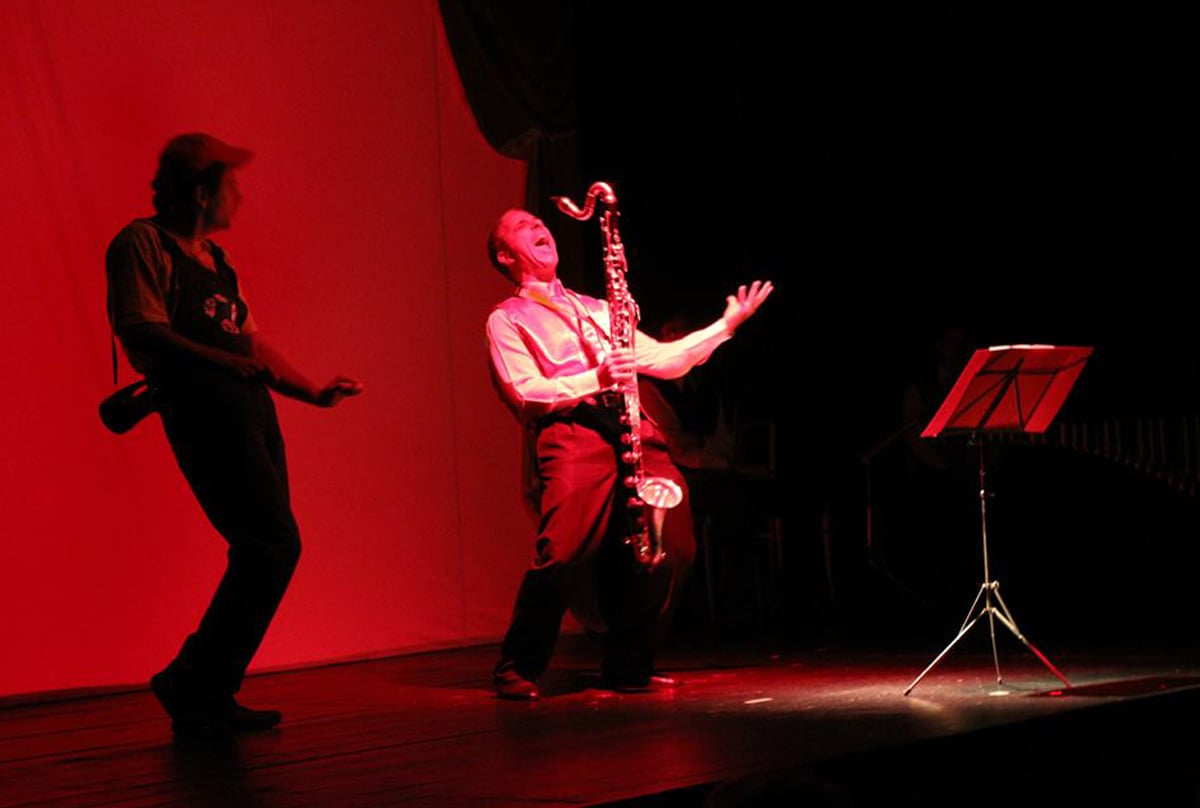 The score of the mini-opera focuses on three musical instruments, each represented by a primary color. Blue, which contains the shortest wavelengths, is associated with the flute – the instrument with the highest pitch. At the other end of the spectrum is red, represented by the bass clarinet with the longest wavelengths and lowest pitch. In the middle, both in pitch and position on the visible spectrum, is the marimba represented by the color green. Each instrumentalist plays a solo lit by its associated color while the narrator, Lucio, tries to keep himself in the followspot, which insists on dancing to the music – demonstrating the close relationship between light & music that forms the leitmotif of the piece.

Ladeluca chose Rosco Supergel R26 Light Red, R80 Primary Blue and R90 Dark Yellow Green as the all-important filters to create her additive primary colors. They were not only heat-resistant enough to survive the entire tour but, more importantly, those three primary colors produced white light on all of the different sources they used in the show – from flashlights to followspots. 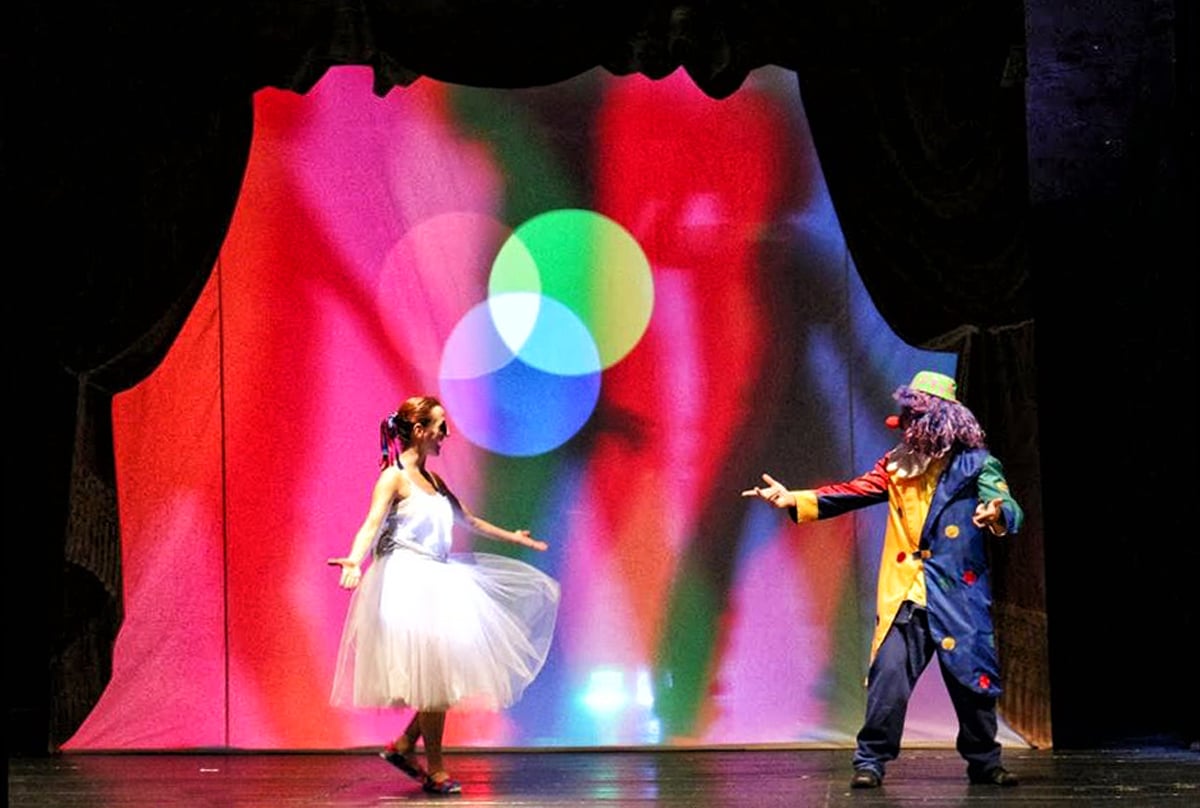 The importance of the three primary colors is explained in a pantomime-dance in which three clown-like characters use flashlights to illustrate additive color mixing. The action is punctuated by several songs during which the children in the audience are encouraged to sing with the performers. The Supergel primaries were used behind the backdrop to illustrate each of the primary colors and to light the instrumentalists in their specific color. The LED torches that the red, blue and green mimes use to demonstrate additive color mixing were also gelled with Supergel.

Light is the main character in the show, and the followspot transforms itself into the prima donna ballerina, Bianca who laments the boring nature of white light in the “Song of White Light.” During her journey the children are introduced to the concept of shadows and finally to diffraction which is illustrated first by a prism and then by a water drop, both of which produces a rainbow to illustrate the beautiful colors hidden inside the “boring” white light. Subtractive color mixing is also explained when Lucio dons a clown suit and tries each primary color on his costume. In the grand finale the primary colors are mixed to form secondary colors and finally the whole cast sings “Life Is Colourful” as Bianca’s costume, sewn with color-mixing LEDs, shows off.

This final number is the heart of the interactive physics lesson. Utilizing music, dance and mime along in conjunction with video and the manipulation of colored light to demonstrate that what we perceive as white light is really composed of a mixture of colors and that the hue of an object is really the reflected wavelengths of the light source illuminating it. The show has been such a success that the publishing house, Sillabe, will soon be publishing a printed version that will include pieces of Rosco filter so that teachers can use them in conjunction with their color-mixing lesson.

You can follow Operina della Luce on their Facebook page, or view the performance in its entirety on You Tube.  It might be helpful if you understand Italian, however, the international language of light shines brightly in this piece and it's a good bet that our Spectrum readers will be able to follow along.

Opera “Made In Italy” – Performed In China