3 Things To Improve Your Photography: Color, Fog And Magic

Rosco’s original Strobist™ Collection has been our best-selling gel kit for over six years. Recently, we introduced three new speedlight-sized Flash Packs to the range:

One of the earliest users of these new kits was photographer Eva Creel. After seeing her fabulous work on Facebook and seeing the images she shared with us using the CalColor Flash Pack, we learned that Eva uses color in a very creative way – she creates her mood with it, and then she turns it into magic. Her photographs inspired us to shoot this video that showcases how she put the three new Flash Packs to work on a photo shoot.

When we discussed the idea of the project with her, we let her know that she could also use any of Rosco’s products in the shoot. “Oh! Then I want to do something with fog! We’ll get an old building and a model and then I’ll make something cool out of it… with fog… and color!” A photo shoot with fog and color?   How could we say no? The video shoot was on! 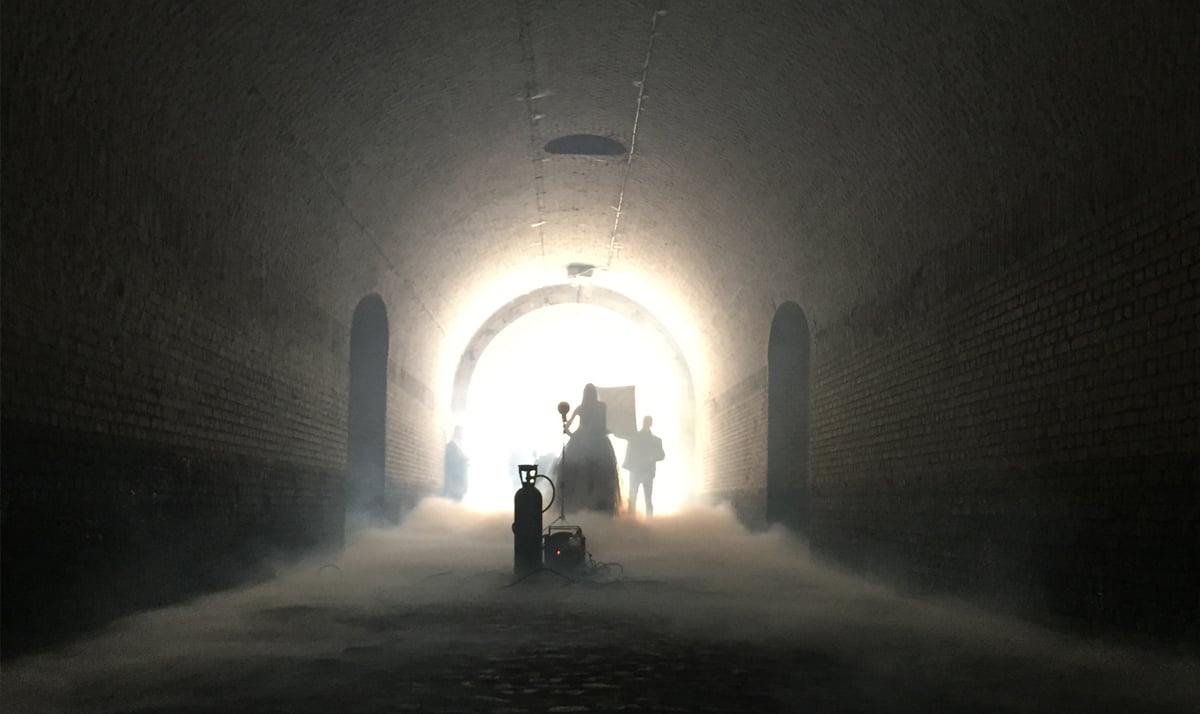 We met at the old Brialmont Fort Number 8 in Hoboken, and after a quick walk through, Eva found her spot for the photo shoot. Next, we recorded the opening of the video on the roof of the fort (luckily Eva isn’t afraid of heights!). Then, with the model in makeup, the building prepped, the video camera rolling, and the drone in the air – we were ready to go. 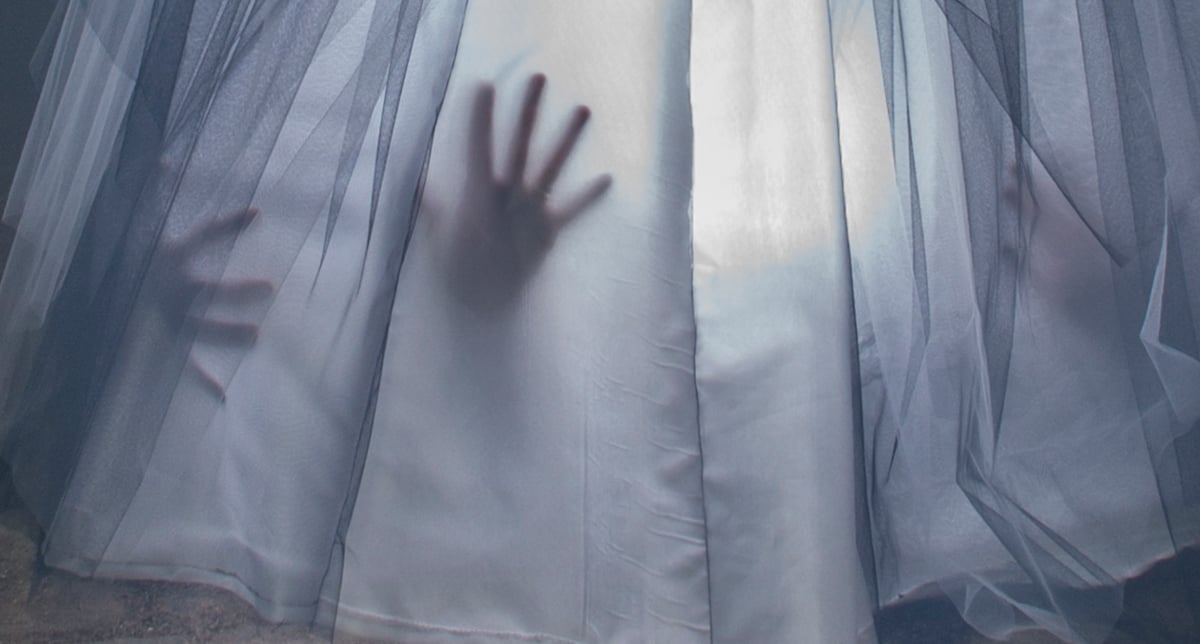 Hoboken is a suberb of Antwerp, which turned out to be Eva's inspiration for the magic. Antwerp, translated into English, means “Hand Toss” and was named after Antigoon, a legendary giant who cut people’s hands off and threw them in the river if they couldn't pay the toll to cross the bridge. Hence the motivation for the enchanting hand shadows in the model’s dress.

Eva planned out a three-light setup – one light on the model’s face, one light for the background and one final light making the model’s dress magically glow. For the key light on the face – Eva chose a filter out of The Beauty Flash Pack, which is filled with filters that enhance skin tones. For the back light, she chose the Cool Blue filter from the Digital After Dark Kit. And for the magical fill light inside the model’s dress – Eva went with CalColor 90 Lavender to turn it into a “fantastic purple color.” 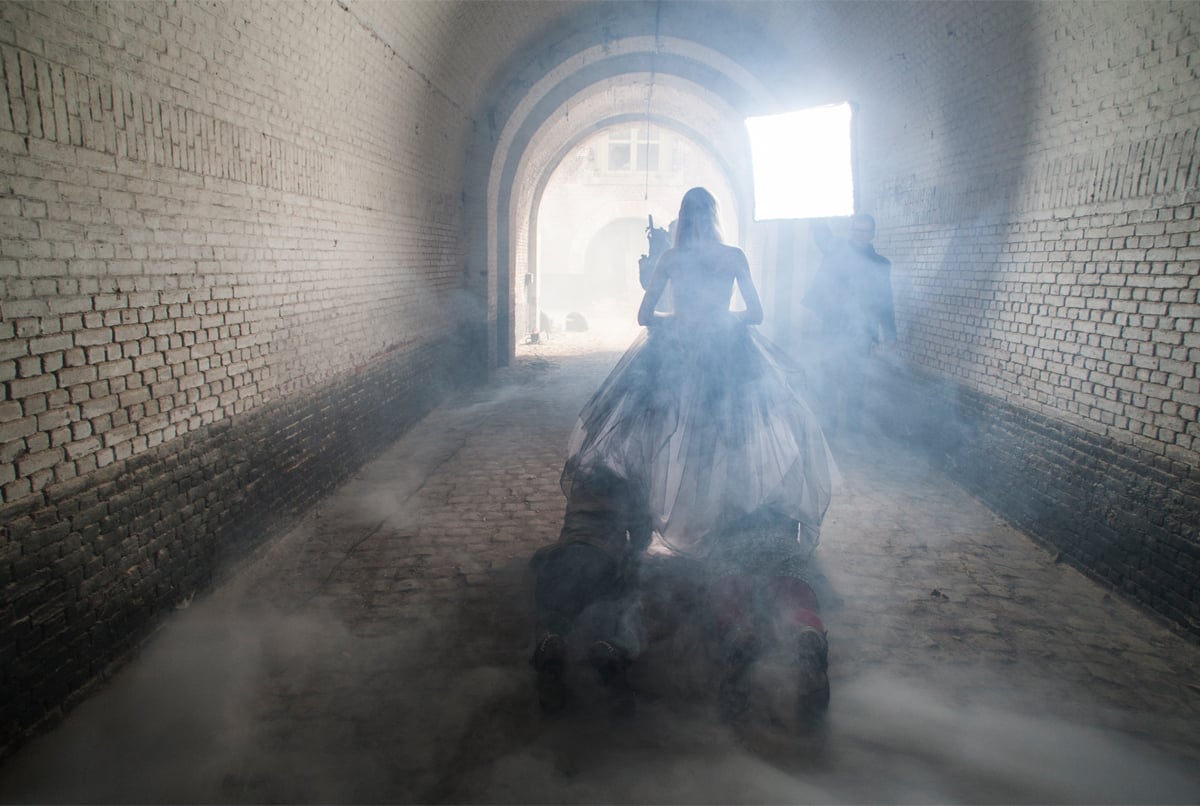 But remember - Eva wanted the shot to have fog. It turned out that she also wanted to keep the fog low to the ground. Low-lying fog is created by chilling it, which makes the fog denser than the air around it – keeping it low. So, you can imagine that creating low-lying fog outdoors is a tough challenge as winds and warm ambient temperatures will steal your effect away. Luckily, it was a cool day and our location protected us from the wind. Using a Mini-V Fog Machine and a Coldflow to chill the fog, we were able to make it work. 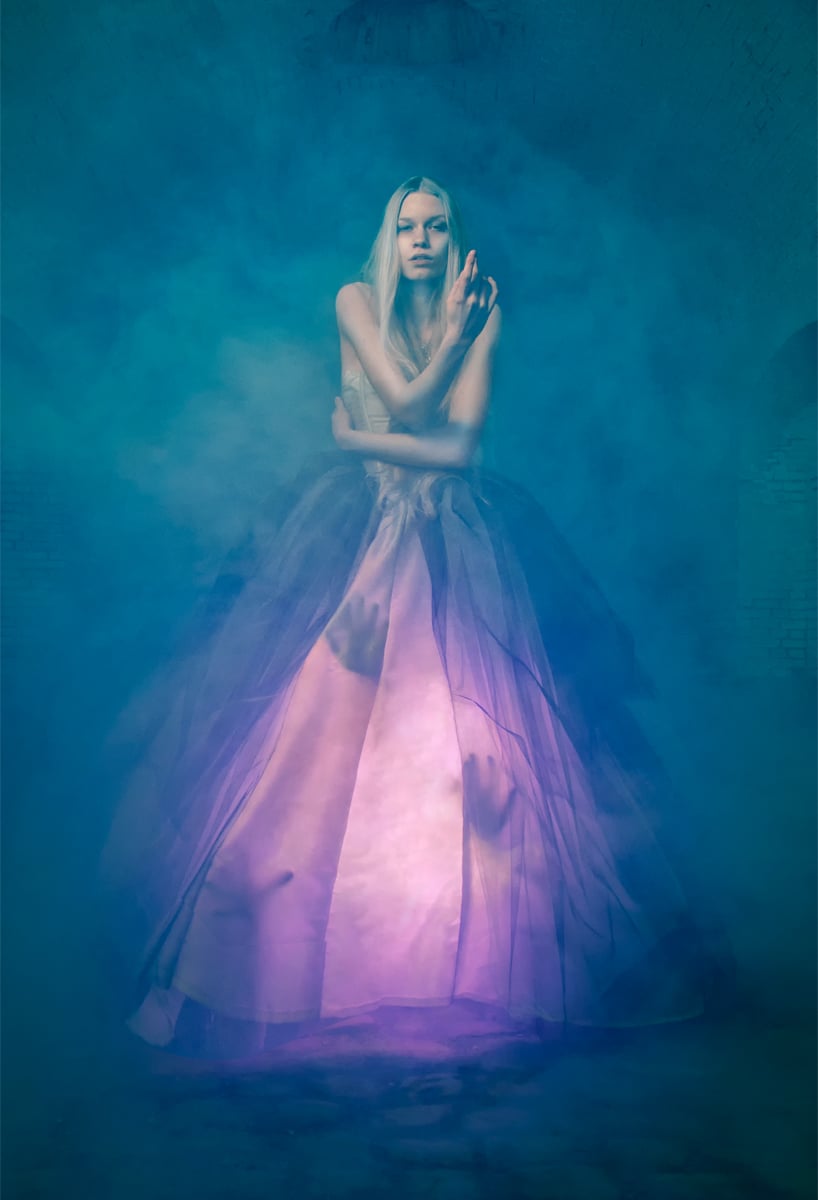 It took a few minutes for Eva to find her “sweet spot” where the smoke was just right – but then Eva began snapping shots, we could tell by the images we were seeing in her display that we were going to have amazing results. Eva had this to say about the magical properties of the photo, “I think it has a very "Neverwhere" feel to it. Like Neil Gaiman's Velvets that live under London – always hungry for warmth.”

Conceptual Photographer Eva Creel was born in Germany and raised in Montana – but has since returned to Germany to continue her photographic career. To see more of Eva Creel’s magical photographs, visit her website.  We also strongly suggest you follow her Facebook page where you can see photos from her latest projects.