James Mathers has been the director of photography on over 30 feature and made-for-TV films and has been associated with six TV series from inception through the show’s first season. He is also the president and co-founder of the The Digital Cinema Society, a nonprofit educational cooperative dedicated to the industry's informed integration of new technology. In his role covering New Cinema Technology for the DCS, James has the opportunity to test and evaluate new gear, which he often takes advantage of to help meet the equipment needs of the projects he works on. This allows him to use the gear in real world productions for a better sense of how the tools perform where the rubber meets the road. Below is James’ account of how he was able to combine new technology from Red Scorpion LEDs with Rosco’s new OPTI-FLECS LED Enhancement Filters to illuminate his most recent independent film “Broken Links.”

Our “Big Gun” for lighting Broken Links was only a 500 watt fixture, but it did the trick. It was provided by a new company called Red Scorpion LEDs. Designed from the ground up by Cinematographer and former Gaffer Marcelo Colacilli, these lights have an emphasis on giving maximum output per watt, yet can still be plugged into a household circuit. They can reasonably be thought of as a replacement for an HMI PAR with their biggest unit, a 1K, being roughly equivalent to a 4K HMI PAR. The 500watt unit that we had seemed to exceed what I would expect from a 2.5K HMI, and proved plenty big enough for our purposes. 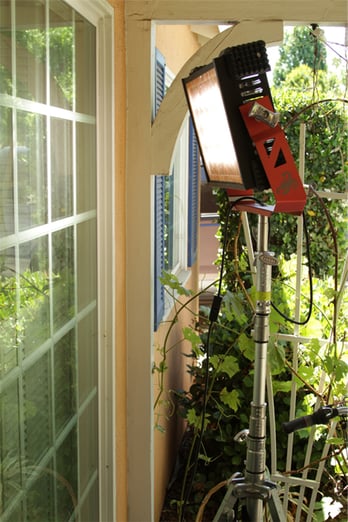 The 500W Red Scorpion working on the set of "Broken Links"

As with most LEDs, the challenge with the Red Scorpion’s lights is color fidelity. Given the fixture’s design emphasis on output over color rendition, this is admittedly more of an issue with the Red Scorpion units. Luckily, another manufacturer I’m friendly with, Rosco, had recently approached me about testing a line of gels specifically designed to offer an array of options to deal with LED lighting. The new Rosco line is known as “OPTI-FLECS” and comes as semi-rigid, reusable filters in 21 varieties of standard colors and diffusions. 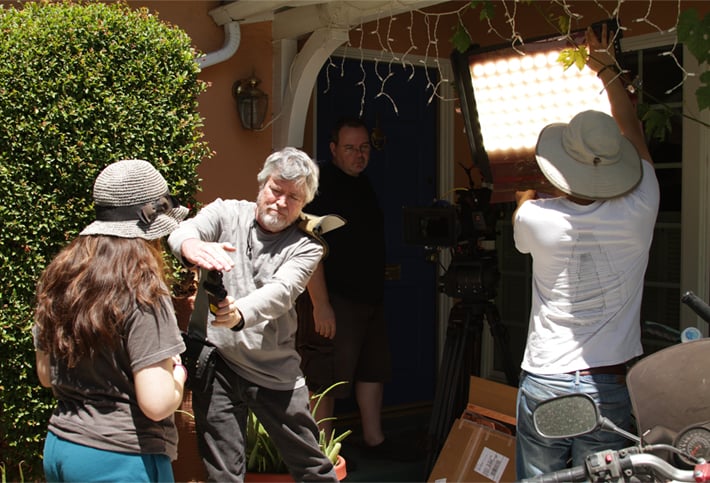 A gel can only absorb color, so if a portion of the color spectrum is missing, there is no gel that can create it. This is why users of lesser quality LEDs are often disappointed when they try to use gels to fix their lights. However, gels can be very effective in helping to control spikes in the spectrum, which is the issue with Red Scorpion LEDs, so OPTI-FLECS was the perfect solution. During our pre-production camera and lighting tests, we matched a variety of filters to different types of LED lights. We found a couple of the “Rouge” OPTI-FLECS gels worked really well on the Red Scorpions to give nice skin tones for our daylight fill, one with frost and the other with just the color correction. 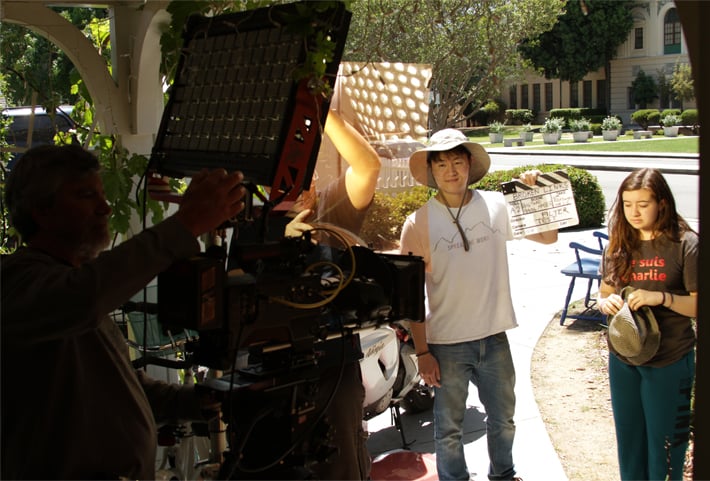 This is an excerpt from a more comprehensive article from the DCS Newsletter that contains more information about the cameras, lensing and other new technologies James used and reviewed on “Broken Links.” 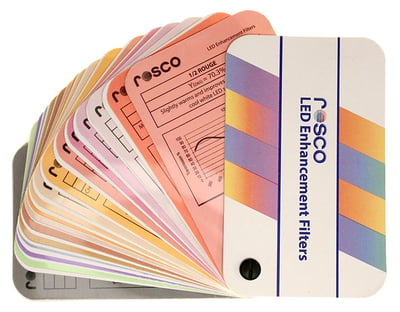 Make sure you visit the OPTI-FLECS web page for more information on this unique range of LED enhancement filters for your next project.